Back to my beloved Sydney

Here I am again, in my wonderful Sydney, in my grand bay, in my comfortable & light home of Helene’s, in front of that window I sit & write, in my place in the world, the place where I feel at home. But it is not all joy, Australia is burning & that saddens the world. 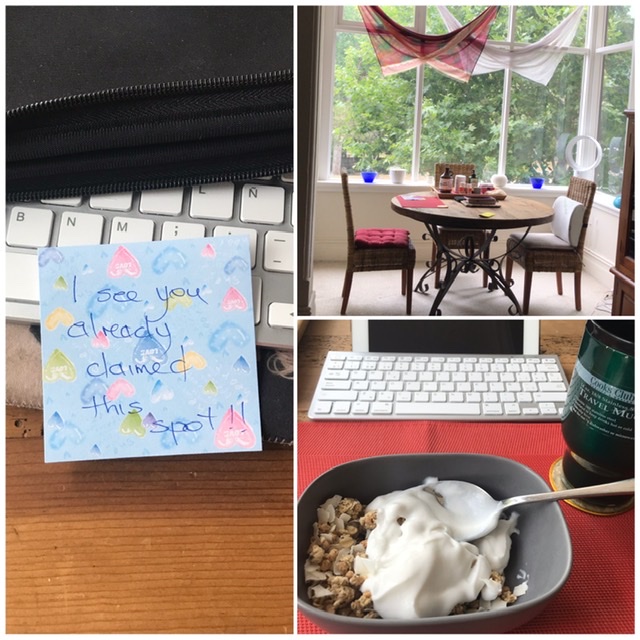 I arrive at Lavander Bay, I am next to the water & I cannot see the boats because of the smoke, let alone the bridge. I wonder what can be seen from my Milson’s Point, I am heading there. I find my beloved bay looking like a Jack the Ripper film. 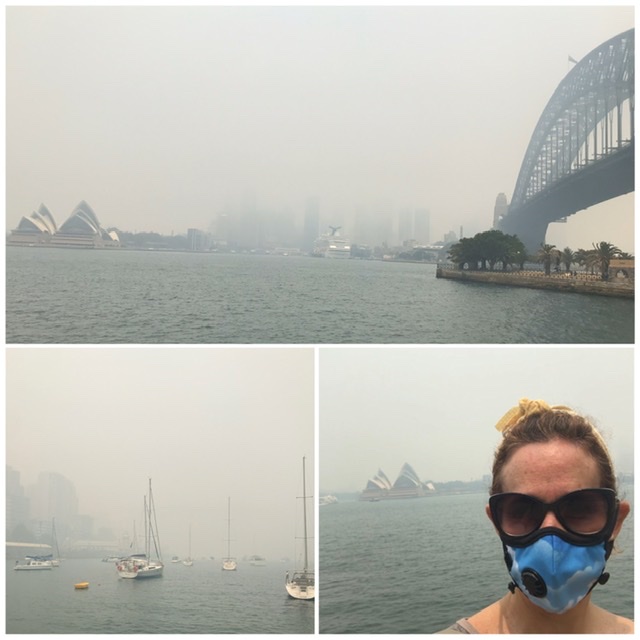 Luckily I always travel with a mask that I use on planes or in polluted cities, it is the best investment I did last year, today I test its great efficiency, I never thought I was going to use it to protect myself from the smoke of the fire that’s burning my Blue Mountains, the little koalas, kangaroos & so much wild life.

I walk to discover the rather smoky Wendy Whitely’s Secret Garden, created & preserved by the wife of a local artist, a realm of peace in the middle of the city, surrounded by trees & plants, where to eat a picnic or read. 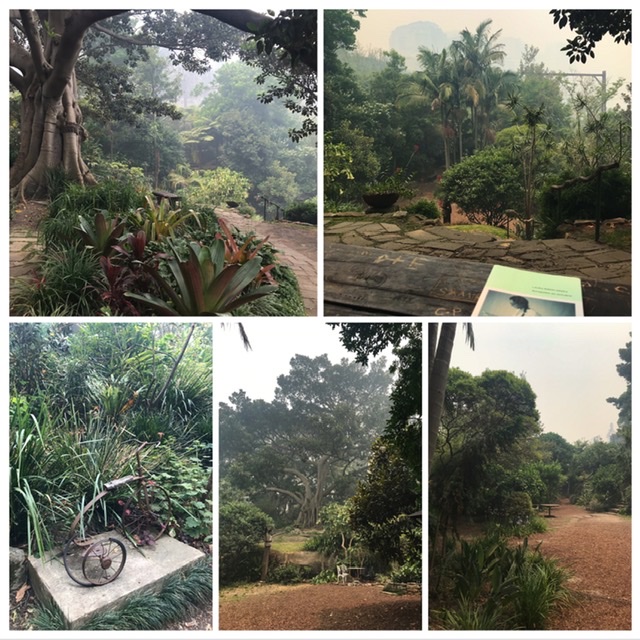 The smoke dispels near the bay, I walk to Luna Park to discover the Comic Walk by the water. There, little characters of Aussie comics live, amongst them many of May Gibbs creations. 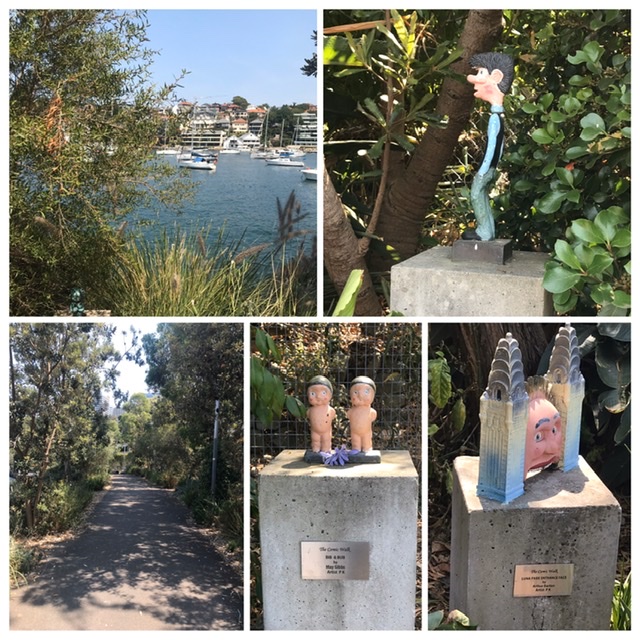 This morning I take the train to Alexandria, an area in Sydney. There’s a place where there’re a few restaurants, ice cream & other delicacies trolleys, an area to eat outdoors, a mini animal farm, to sum up, an ideal collection of places to spend some fun time called The Grounds of Alexandria. The surprise today is the presentation party of Frozen, full of little people everywhere. I feel a bit of a movie princess. 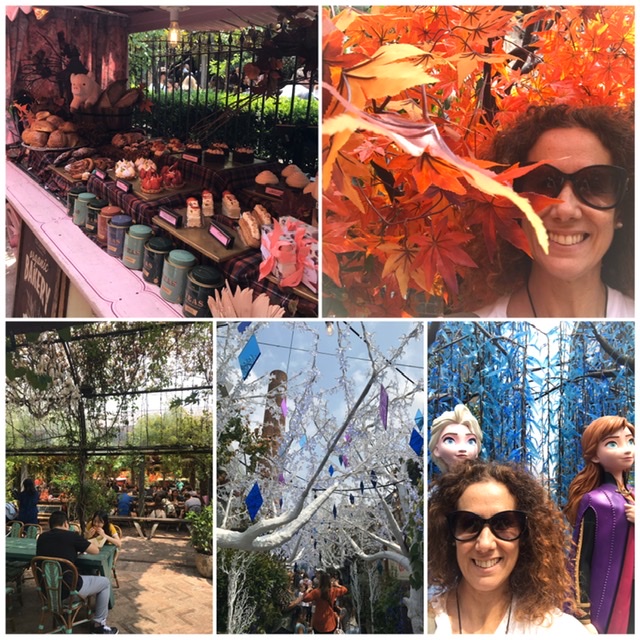 As it is very full & I can’t find anywhere to nest, I go out searching for another cool place, this city is full of them. I remind you that cafes here open & close very early, around two or five.

I come across an old factory where a restaurant & an ice cream place blend & there’s a table with my name on it, Bread & Circus. I love those places where they have big tables to share with other guests. I spend a few hours writing, this universal keypad I bought for the ipad is fab, cheap, light & very easy to use. 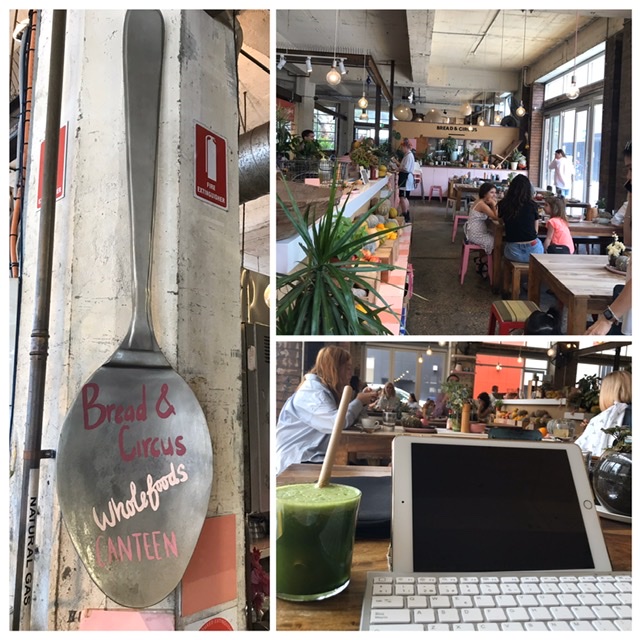 When I get back I stopped at Mitchell Road Antique & Desing Center, a massive warehouse where they sell everything vintage. I love it & it’s so much fun the things I find there. 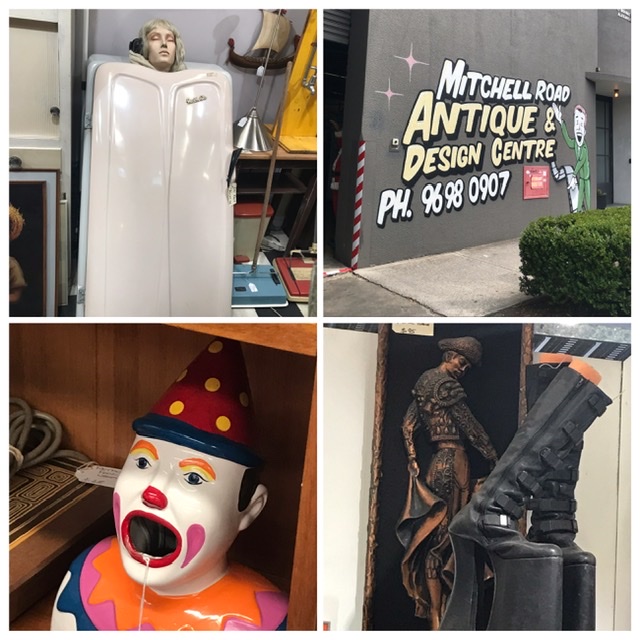 Next door there’s a Fire Station, I know strange, right? I’d like to buy a T-shirt or a badge but there are doing some practice, so my plan, or Ricardo’s rather, is going down the drain. 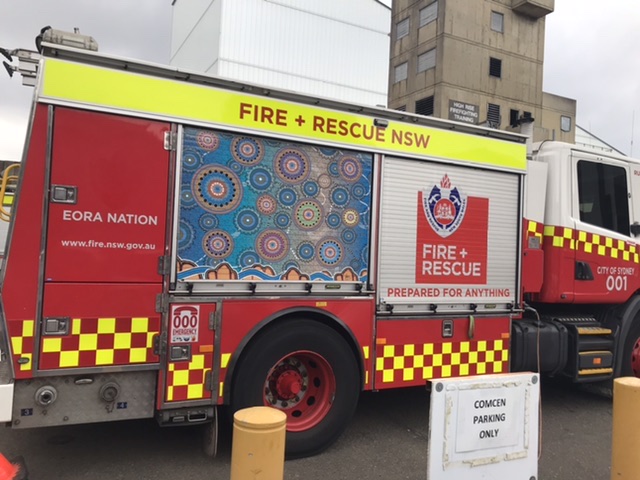 I wake up early to go to the cafe to read. These days I am living on Avo mash & vegemite on Turkish bread, I want an overdose & I am on the right track, my friend Zuli says my face is already looking like an avocado. Chocolate is the icing. 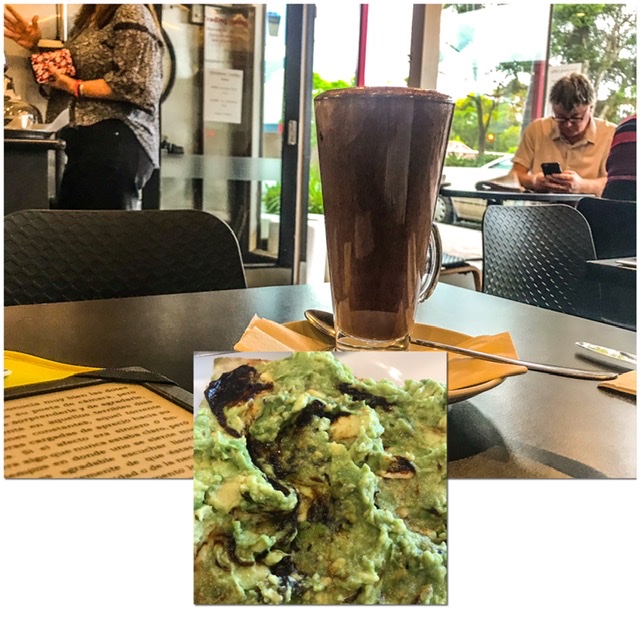 The cafe is near the train so I am heading to the historical part I did tell you about, The Rocks. Opposite the port where the big cruise ships moor there’s a World Heritage little house, the 1816 Cadman’s Cottage. It belonged to Mr. Cadman who went from being a convict, to helmsman & finally bar tender. It’s the oldest residence in Sydney. 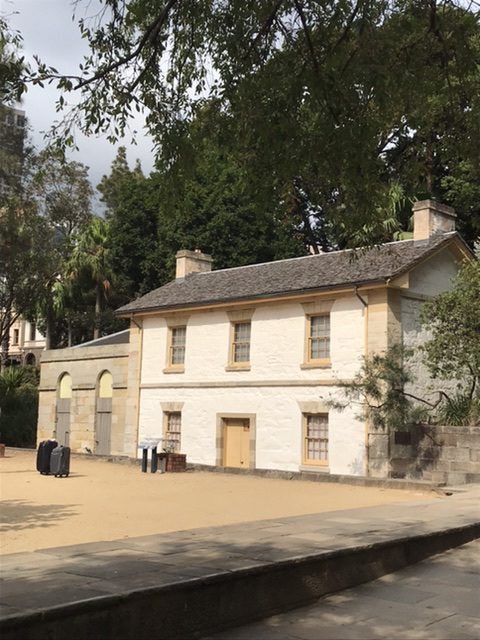 This neighbourhood, where the convicts used to arrive, had in the 19th century a band called The Rocks Push owning the place, hence the name. After the bubonic plague in the 20th century they demolished many houses & created space to build the bridge, only this little cottage, some pubs, hotels, the garrison church… remained standing. 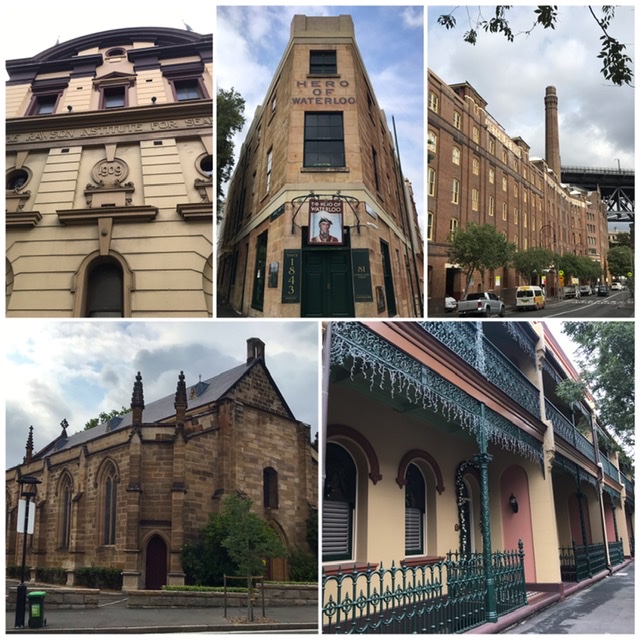 Newton Market is the first thing I see at existing the train station in the area of the same name, in King Street, a street full of nice vibe, with colonial buildings, cool shops & street art. 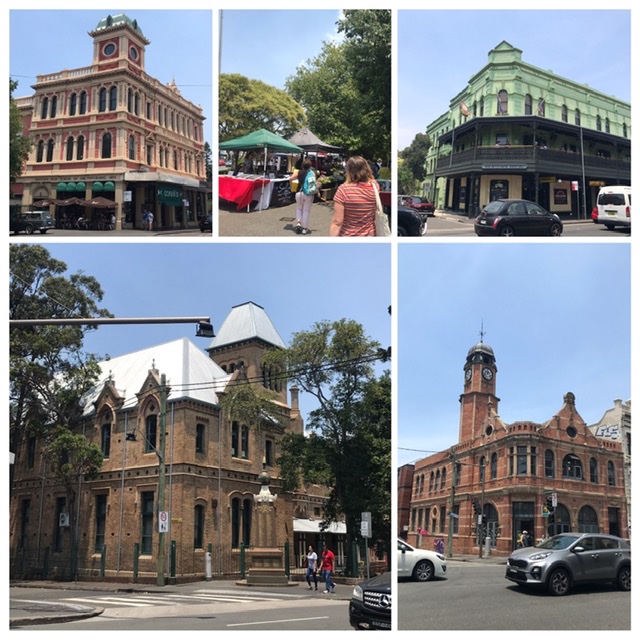 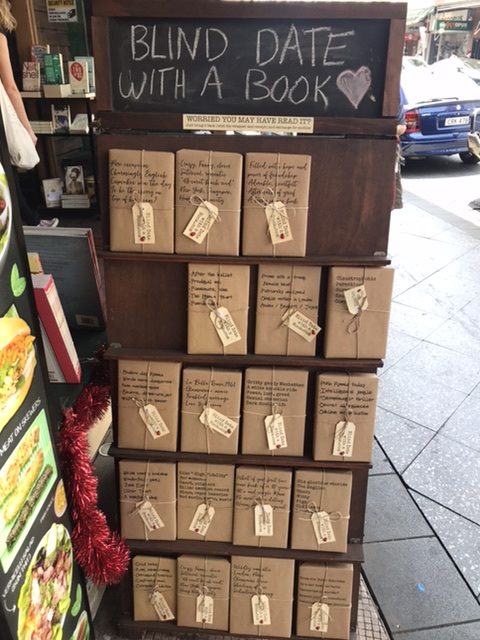 It awakes a hot day today, I am heading to the beach to do the famous & amazing Bondi to Coogee coastal walk that I had pending from my last visit to Sydney. 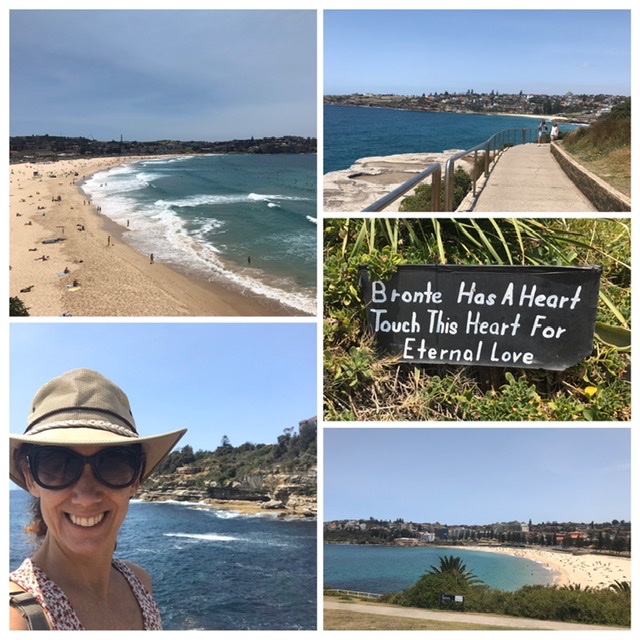 From Circular Quay I take ferry F3 to visit the equivalent of the Aussie Alcatraz, Cockatoo Island, a gaol created in 1839 when the prison in Norfolk island got too crowded, there they would lock 323 & later 500 convicts. 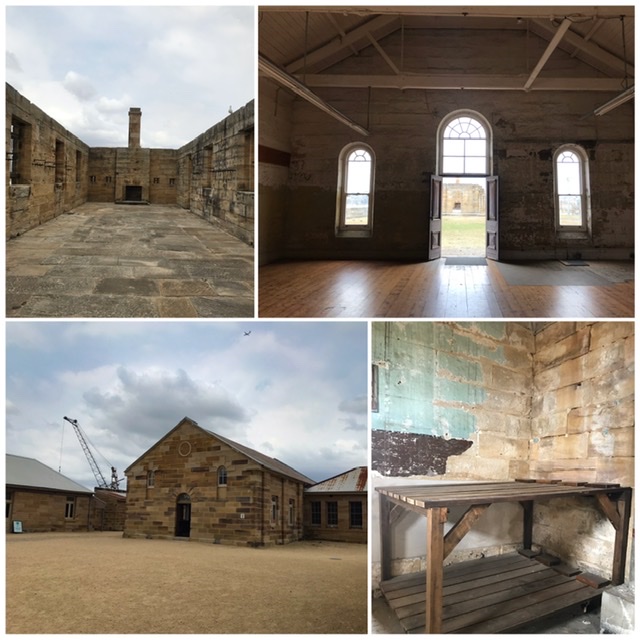 Afterwards it was converted in the biggest Australian shipyard of the 20th century that played an essential part in both world wars. 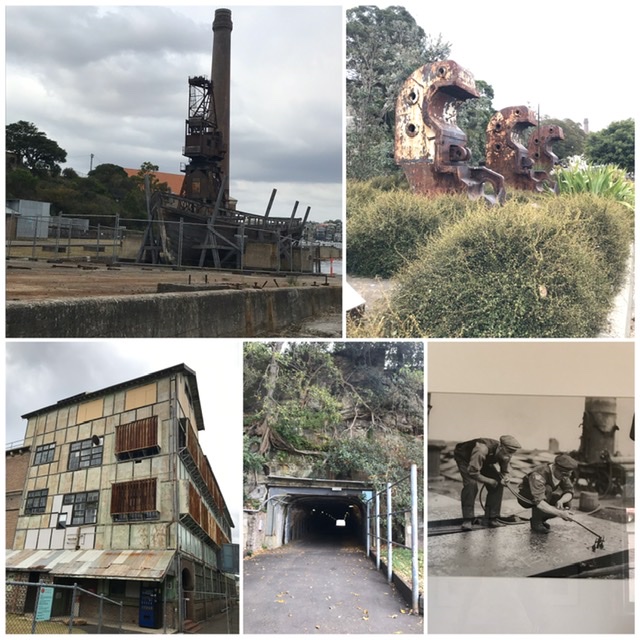 The protagonist of one of the trilogies of Sarah Lark also arrived by ship, but to the neighbouring island New Zealand. Today I’d like to tell you about the books that follows “In the land of the Long White Cloud” called “Song of the spirits” that continues with the family saga, in this occasion the daughters of the pioneers will be the protagonists of the adventures, romance & exoticism in a distant paradise in the end of the 19th century. As well as with the first one I really enjoyed the company of these brave women with uncertain destinies. 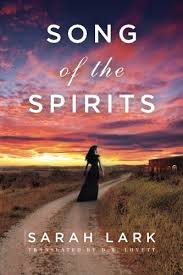