The Buda Castle and a Danube river cruise. Budapest.

Today I am going to take you to the most typical places of this beautiful city, so I start by going up to the Bcastle of Buda (or Sissi) by funicular, it is like a return to the past. I only buy the one-way ticket, my intention is to walk all over the citadel and return by metro. 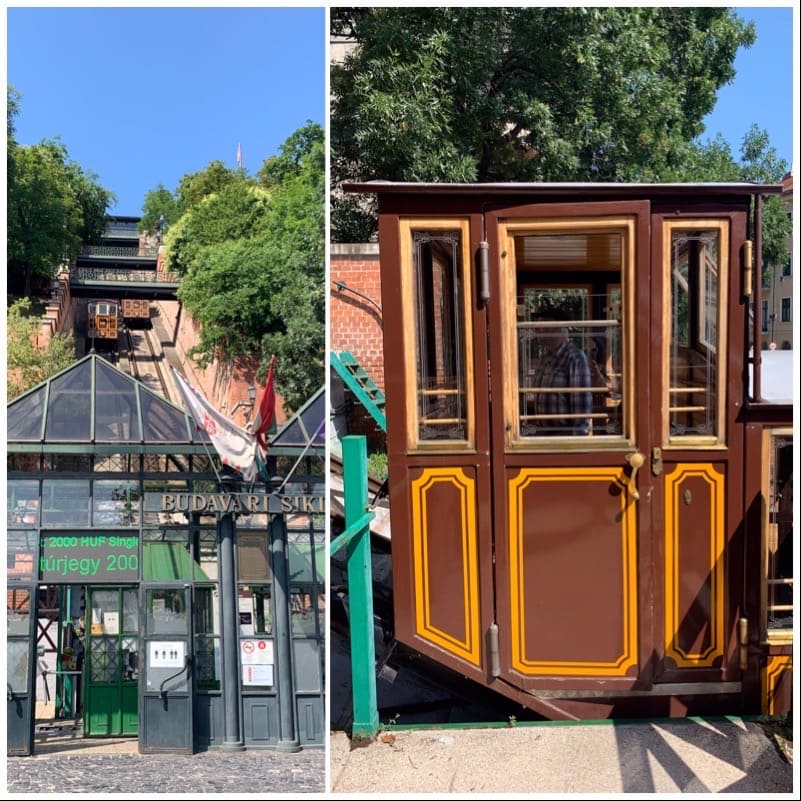 The castle is beautiful, it was rebuilt after the war and inside is the Museum of Hungarian History, the Museum of Art and the Palace of Art, that disappoints me a little, since I would love to see the royal rooms where Sissí spent time.

I liked the museums but if you don’t have much time to visit the city, I´d  leave them for another time.

In its courtyard is the Fountain of King Matthias, they call it the Hungarian Trevi Fountain. 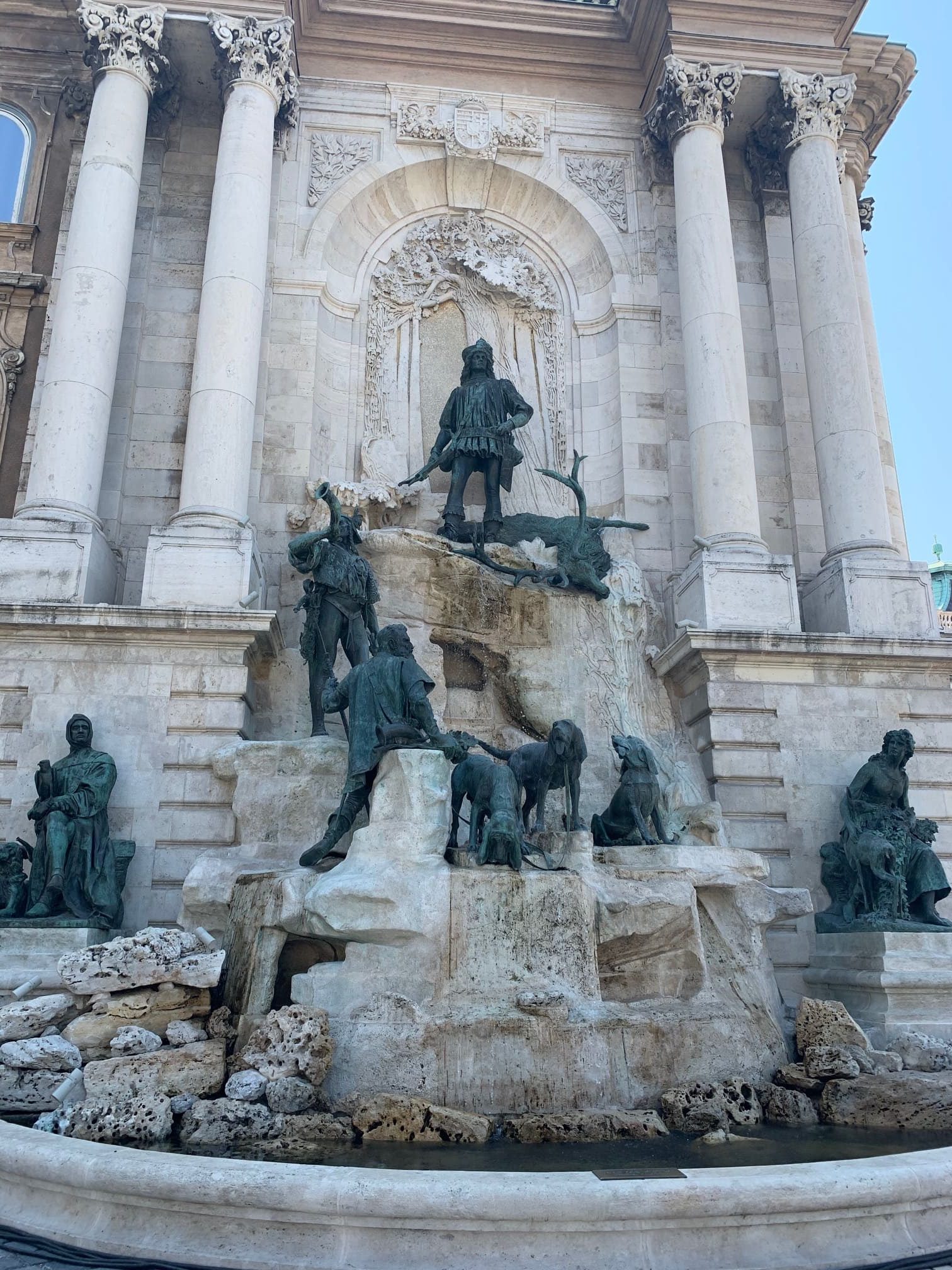 Next to the castle is the Palace of Sándor, official residence of the President of the country. 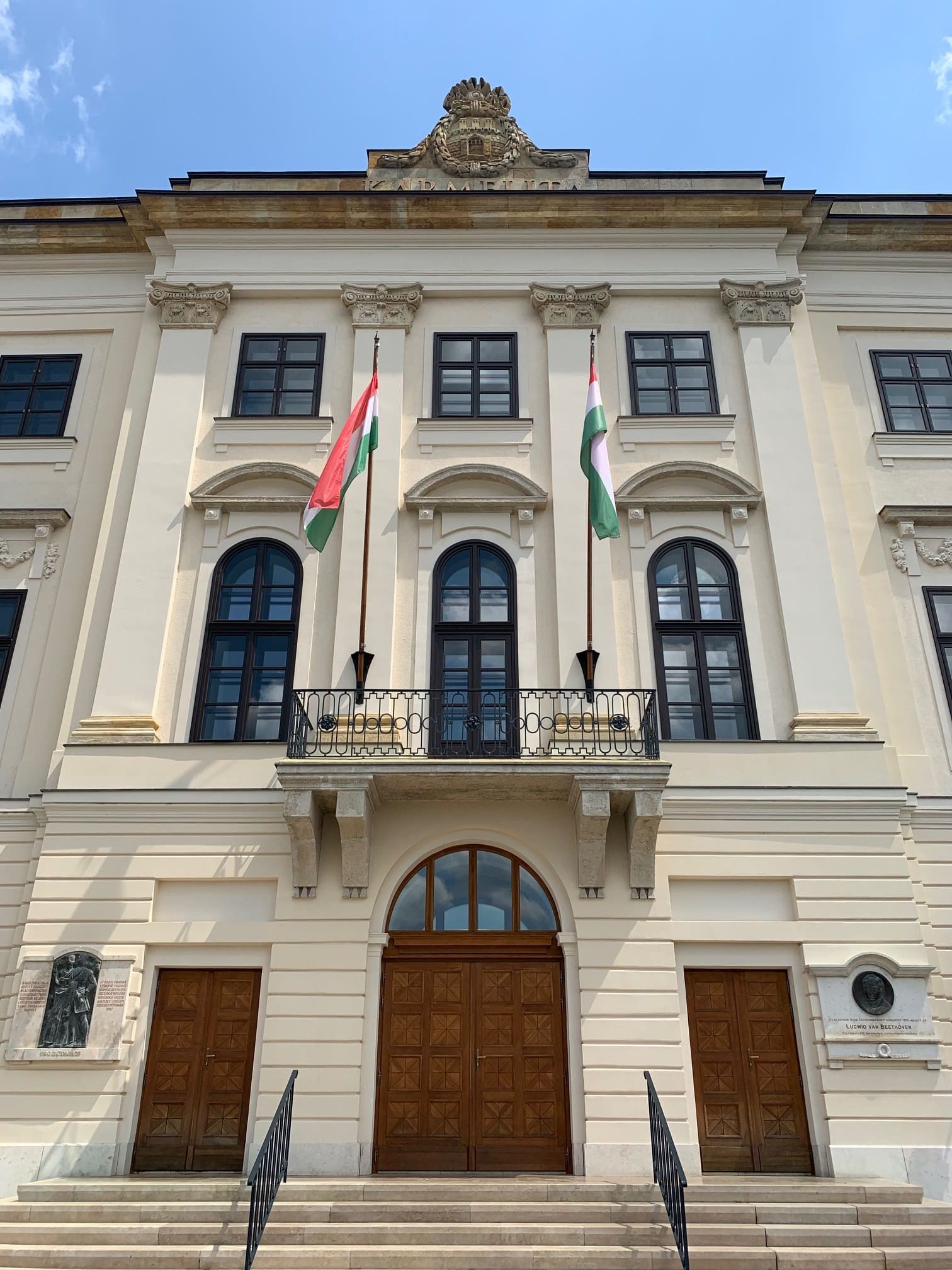 The pretty church of St. Matthias is part of this citadel. I’ve made a friend, Juana, another Spanish nomad enchanted with the beauty of this city,  together we’re going to see the temple. 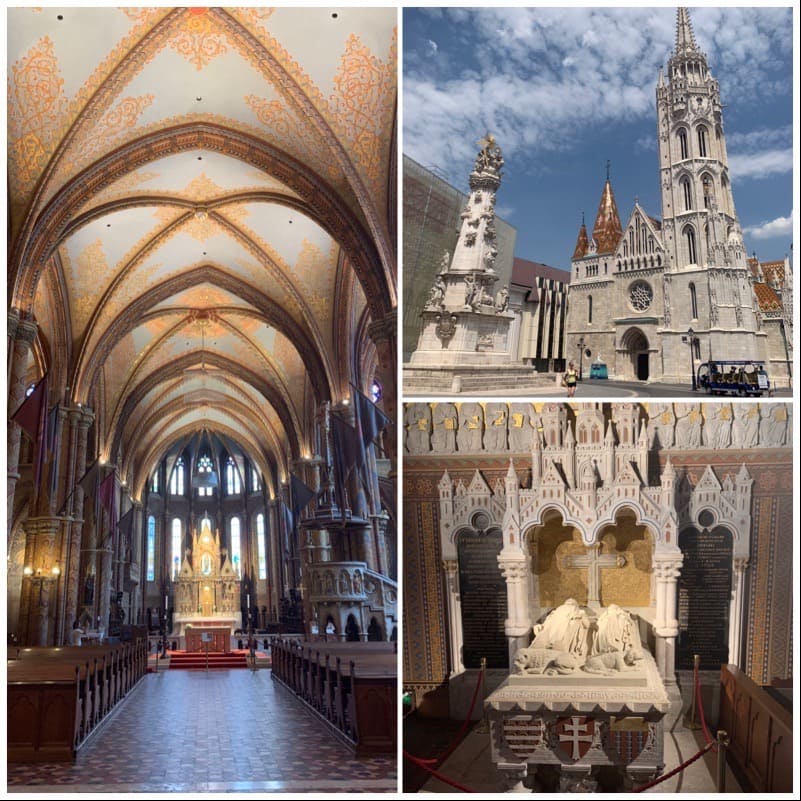 We continue with the iconic Fisherman’s Bastion, its seven towers represent the seven tribes established at the base of the Carpathians in 896, and it is known by this name because of these fishermen who defended it in the Middle Ages, it offers us wonderful views of the city and the river. 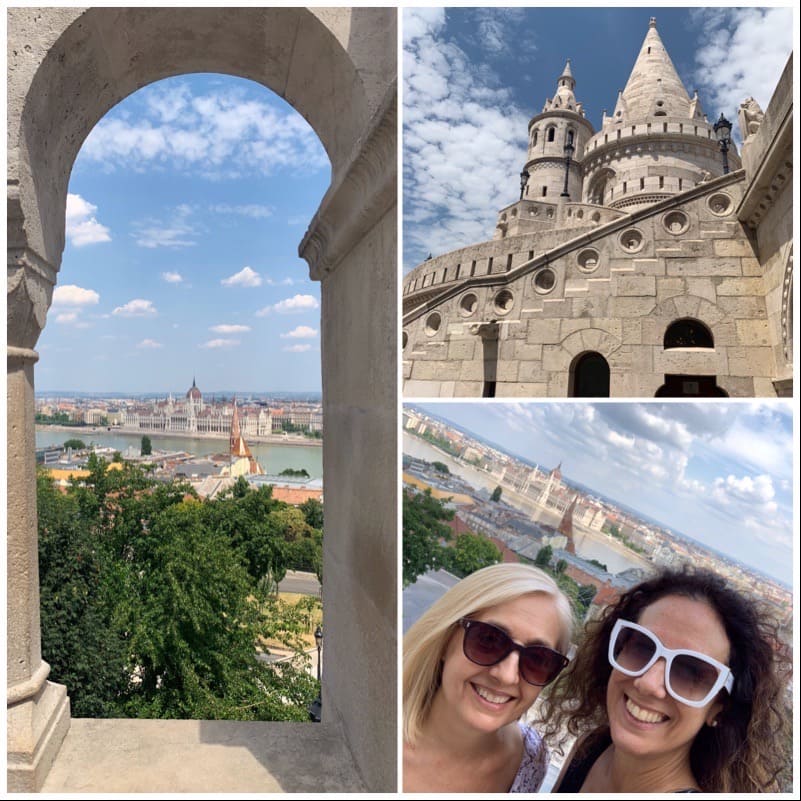 The ruins of the church of Mary Magdalene built between the 13th and 15th centuries are also part of the citadel. 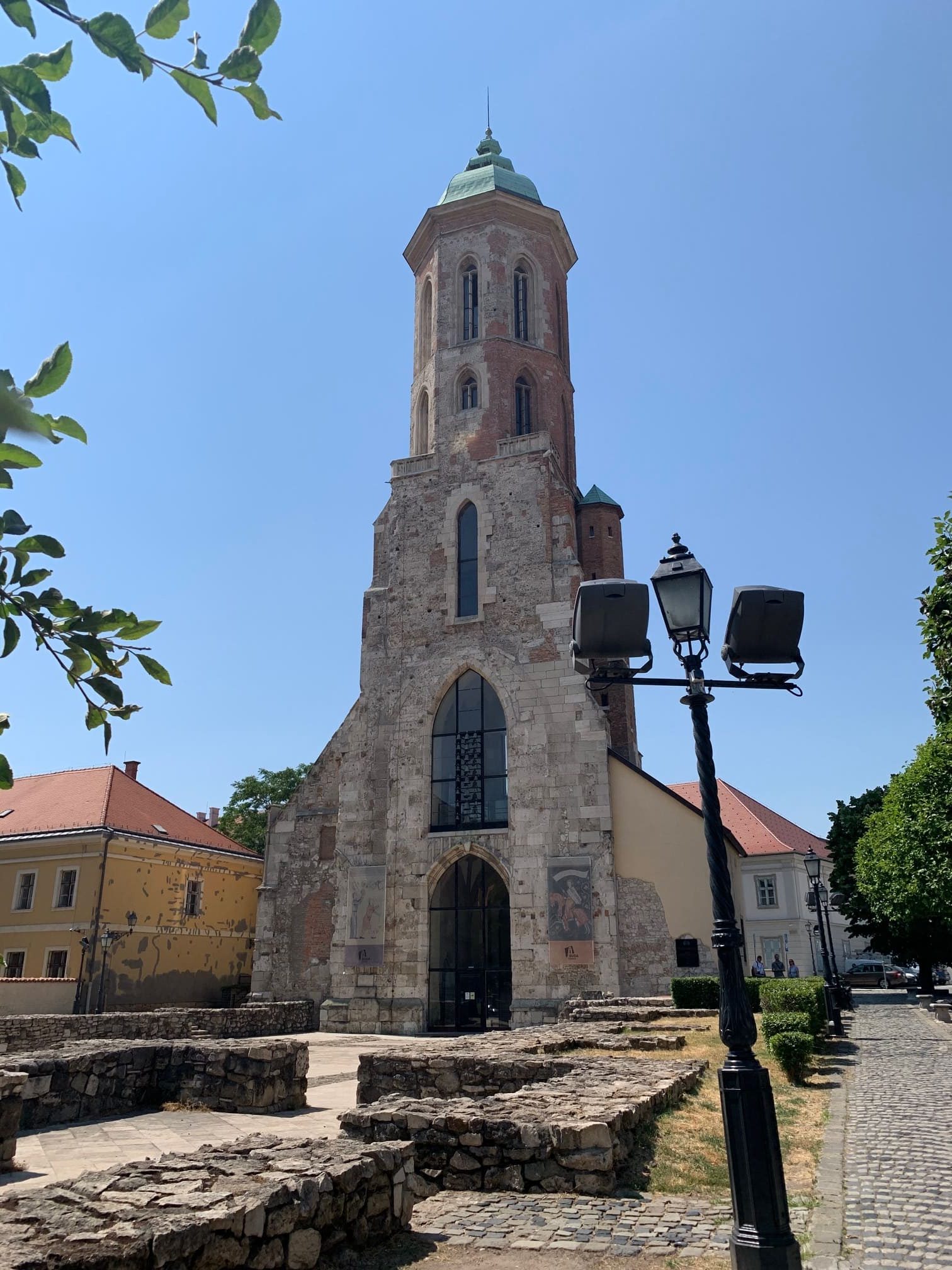 Later in the day I go in search of the metro along the beautiful Tóth Arpád promenade, but first a “must see”, the “Hospital on the Rock” built in the tunnels of the Buda Castle. It was used during World War II by the Red Cross and during the Hungarian Revolution of 1956. During the Cold War and the missile crisis they turned part of it into a bunker in which they installed air purifiers for a possible nuclear attack.  Take a jacket if you go in the summer, inside the cold tunnels they don’t allow photos. I find the visit fascinating. I think this was the museum where I paid the most expensive price, 12€, not bad, right? 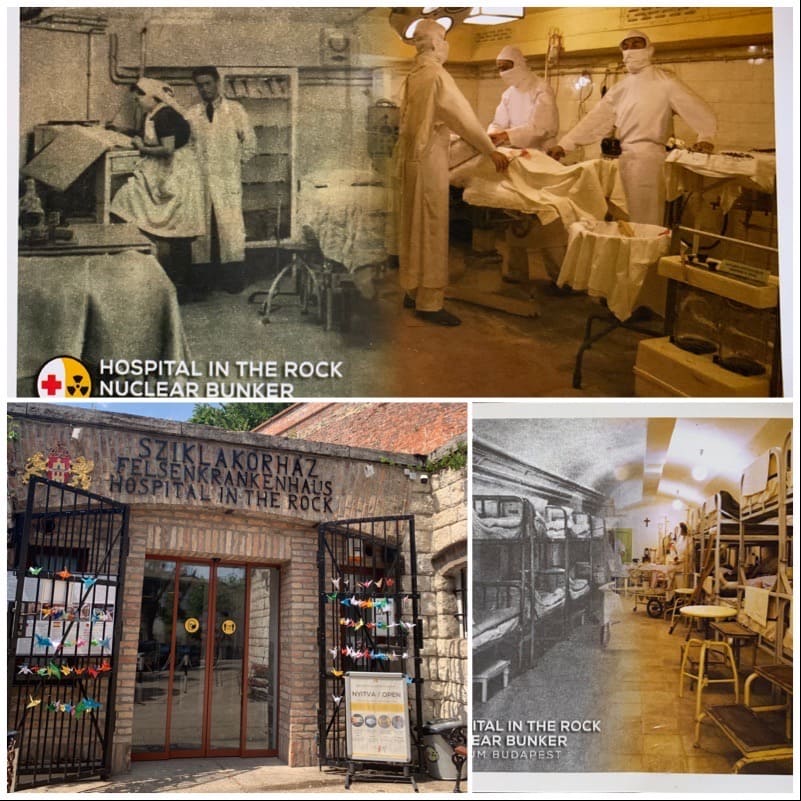 It’s Sunday and I’m going on a mini excursion to the Gellért Hill. I start with the Garden of Philosophers, the statues that I already showed you. It depicts St. Francis of Assisi, Daruma Taishi, Mahatma Gandhi, Lao Tzu, Buddha, Echnaton, Jesus and Abraham. 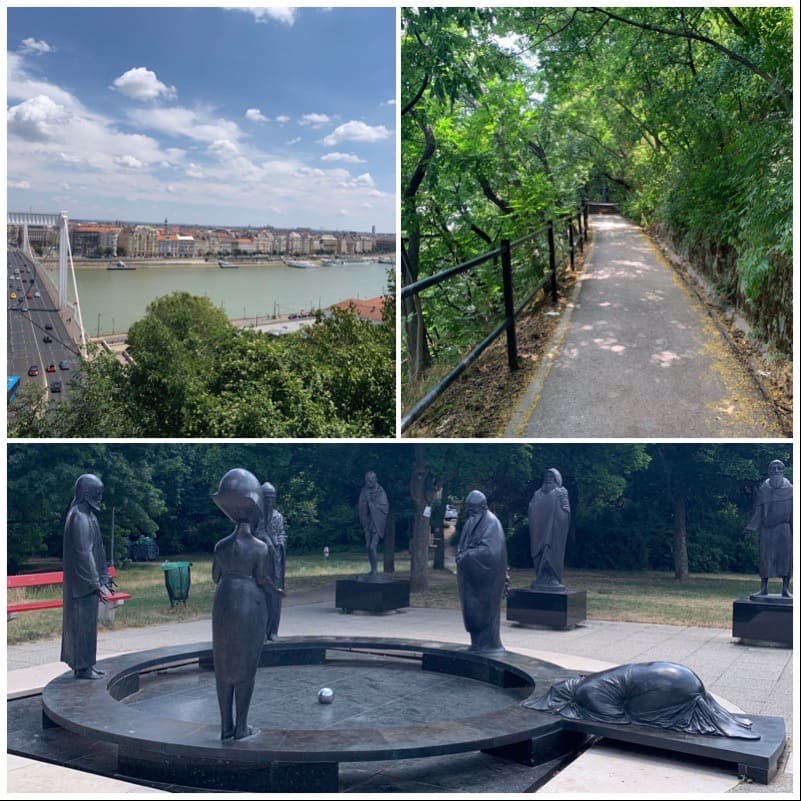 I also find a stone representation of the city, it is for those who cannot see it but can visualize it through their hands. In Szentendre they also had one at the entrance of the city, these small examples that can go unnoticed make the city inclusive for everyone, and I am very glad about it. 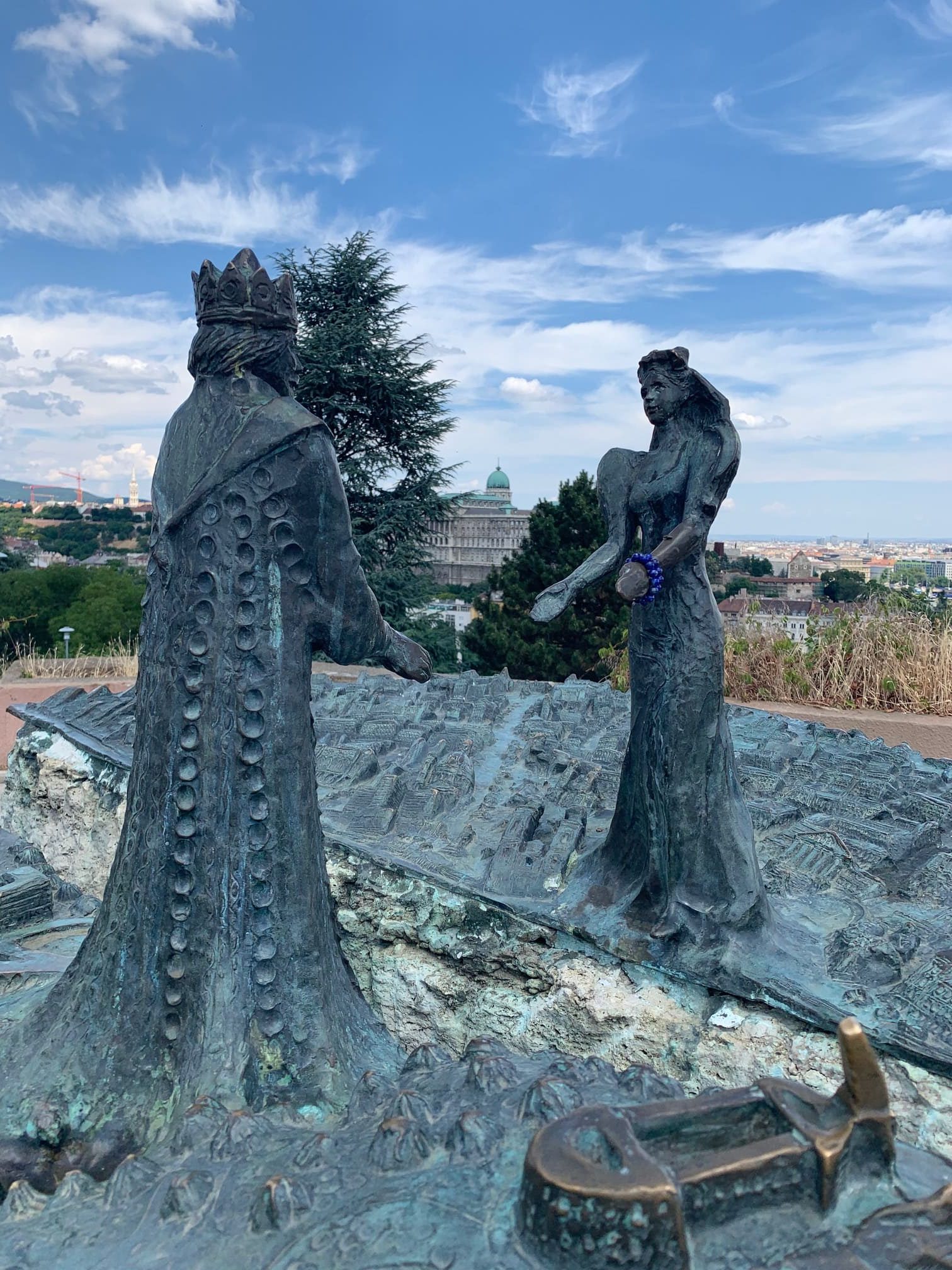 At the top of the hill is the “Statue of Liberty” and below, a fort built after the suppression of the Hungarian Revolution in 1848, which is now closed. 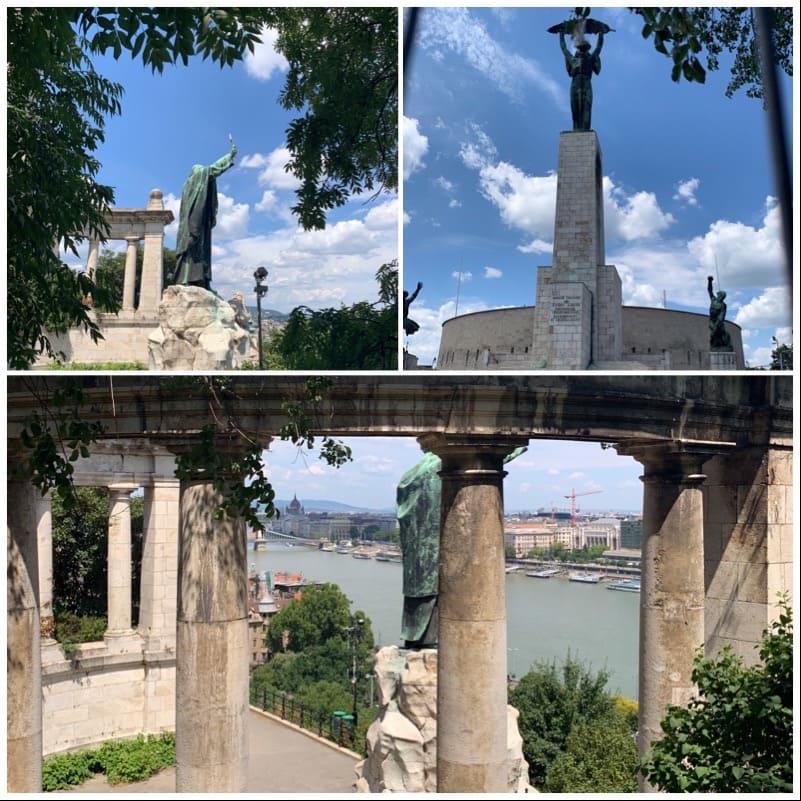 I am perched on the hill from where I have spectacular views, and next to me is the chapel in the cave, known as the cave of St. Ivan, because of a monk who lived there and cured the sick with water and mud from the place. First it was a monastery, then a hospital during the war, sealed by the Soviets and reopened after the fall of the Iron Curtain in 1989. In front of it is the Statue of St. Stephen I looking at the Danube and the Liberty Bridge. 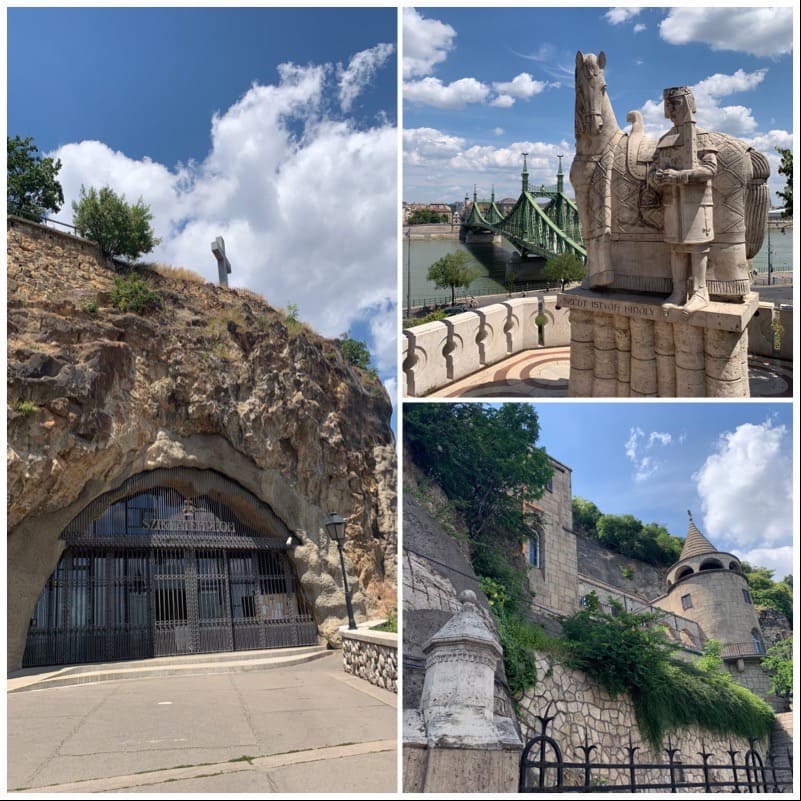 I am heading down to the Spa and hotel Gellért, it seems to me that I am in ancient Rome, my friend Marco says that it looks like it’s come out of the Great Gatsby, and the truth is that he is right. 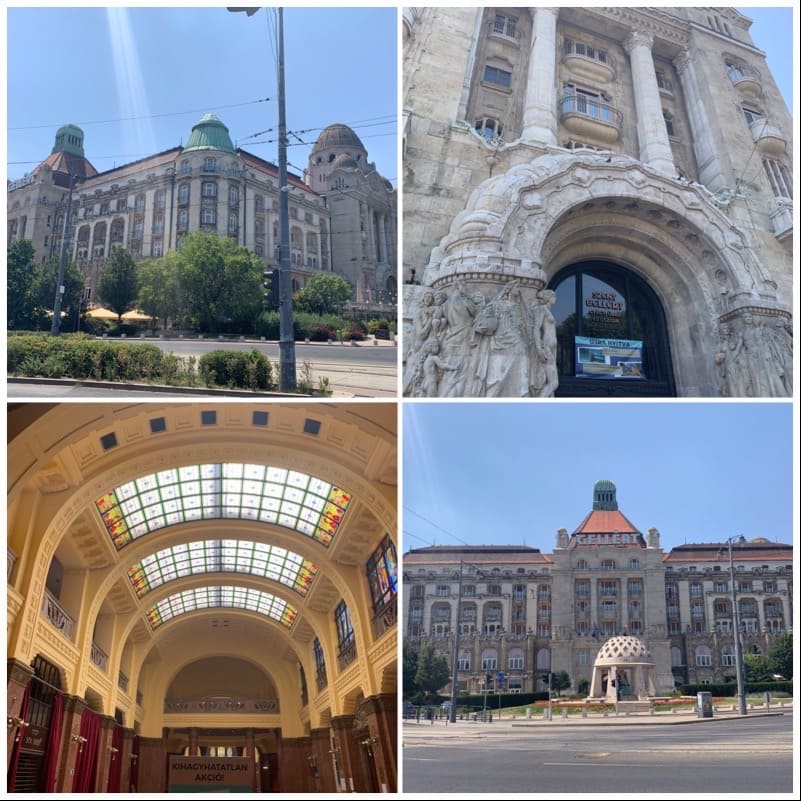 When crossing the green Freedom Bridge I pass Corvinus University and the emblematic Central Market of Budapest, it is the largest in Hungary, to me, they resemble train stations which gives them a special charm that I like very much. 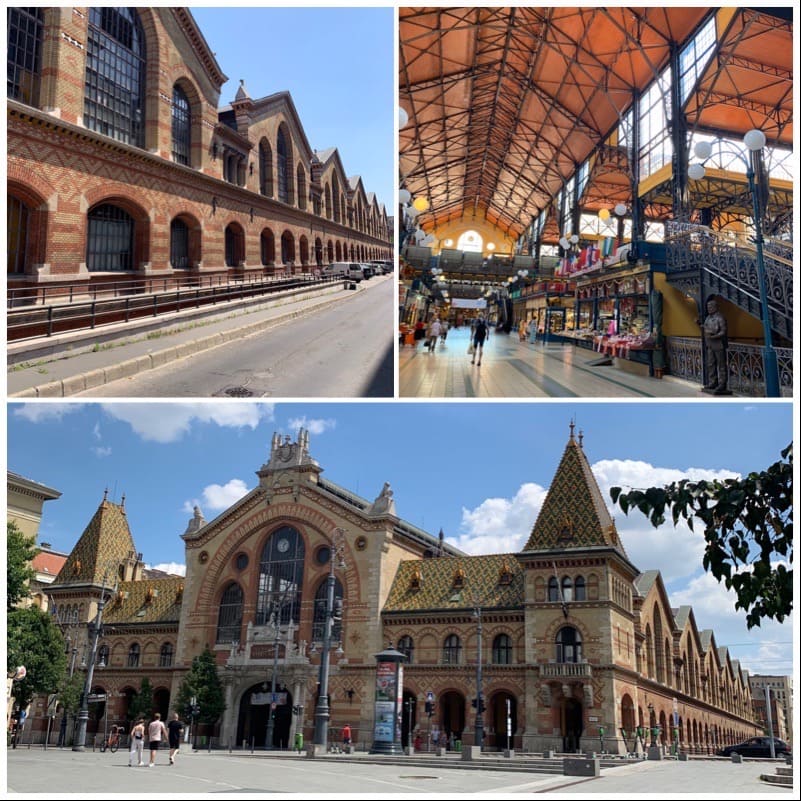 The second largest synagogue in the world is located here, it was built between 1854 and 1859, and guess what, it was inspired by the Alhambra and the African Islamic architecture. It was the limit of the guetto during the Holocaust and it was bombed by the same group that murdered the innocents by the river, remember the shoes by the Danube? Its cemetery is behind, according to Jewish tradition it should not be next to the synagogue, but after the famine of 1944-45 many perished and were buried there. 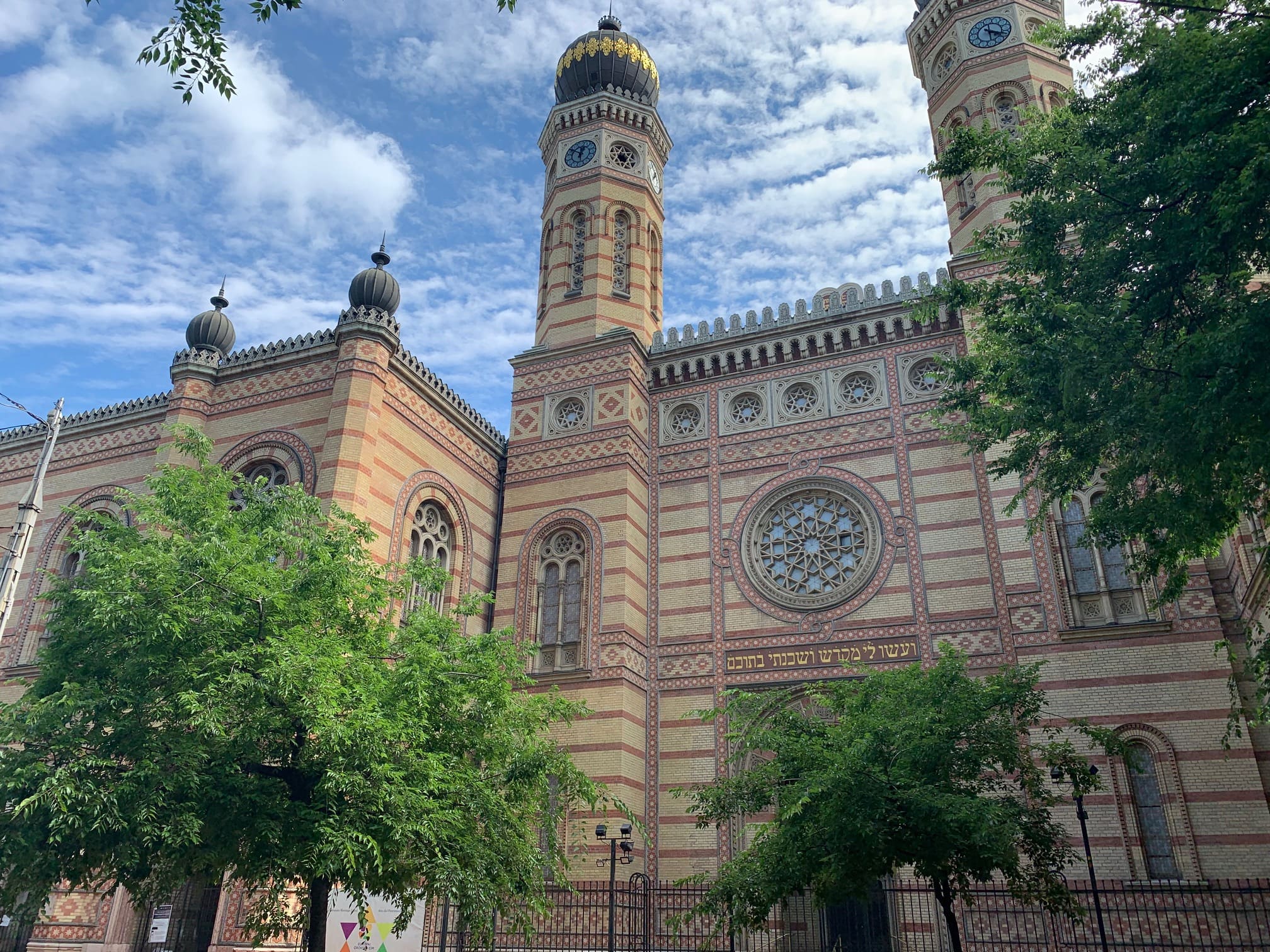 Next to my house is the park/cemetery on Fiumei Street. It is giant and is no longer used as a cemetery, it is ideal for walking or running, it is full of old graves, it also has an area of communist plaques (that is why there are those who call it the communist cemetery). Its green and leafy trees give it a wonderful charm and make it my refuge. 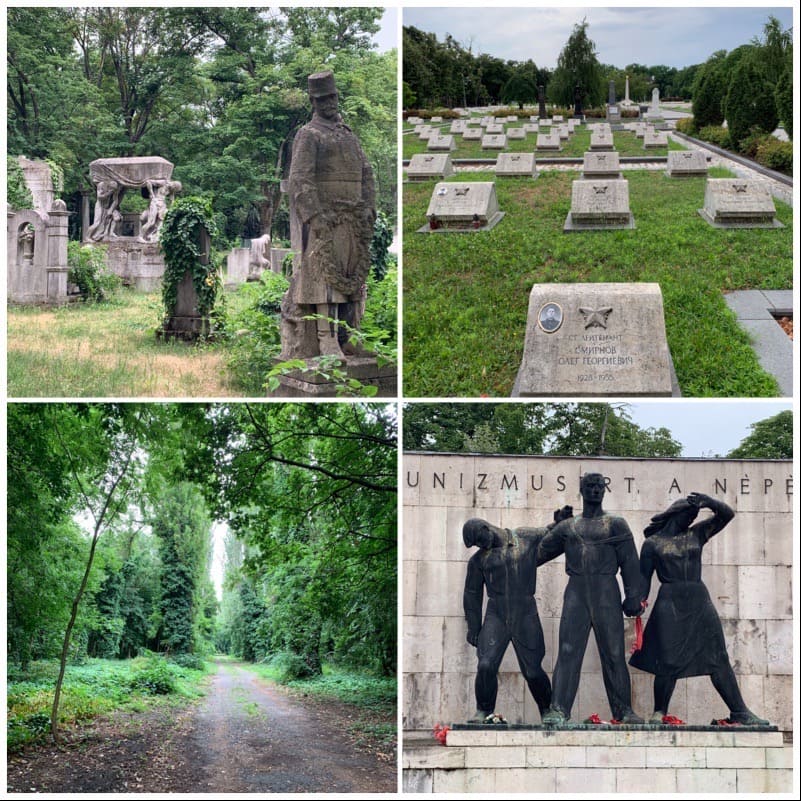 Tonight I am going on a cruise, yes, along the Danube, to admire the most emblematic and beautiful building in the whole city, from an aquatic perspective and fully illuminated is the Parliament, the third biggest one in the world. It lasts an hour and costs €9 with a glass of champagne included (or water in my case). I booked it through “get your guide” and I recommend it for how beautiful it is. 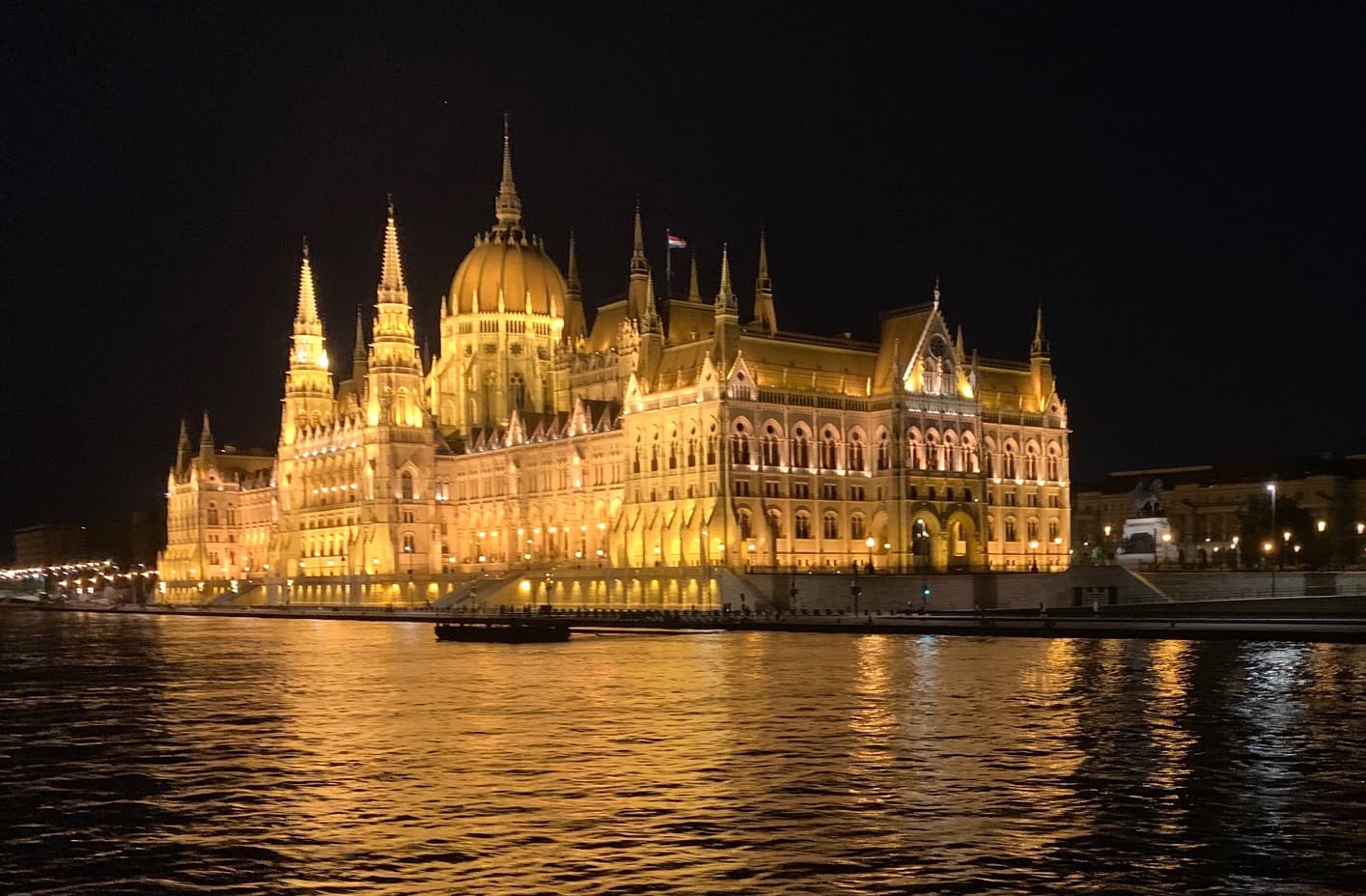 Another author I fell in love with was Nobel laureate Mario Vargas Llosa. I read his first book in Budapest and it won’t be his last. Travesuras de la niña mala (The bad girl), is his first love novel, where he tells the story of the Peruvian Ricardo who leaves his neighborhood of Miraflores and goes to Paris to live his dream, leaves behind a girl he likes, not knowing that she will reappear in Paris and in his life on several occasions. For forty years they will have a stormy relationship that will also pass through London or Tokyo, where the “bad girl” will break his heart in every abandonment. 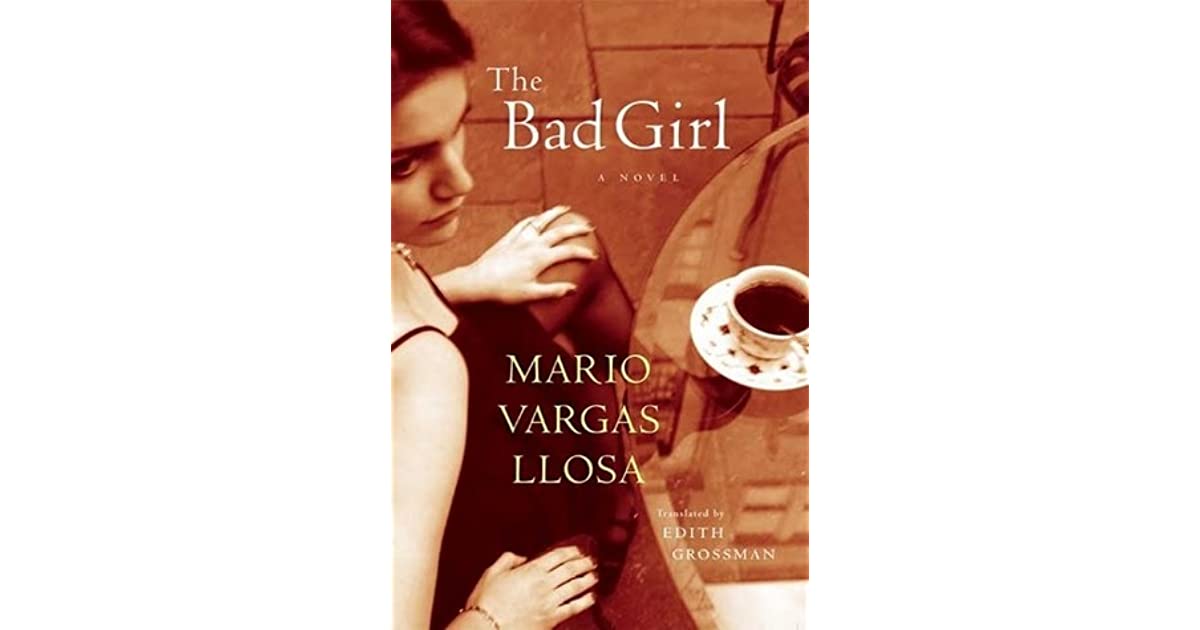