Chapter one: he adored New York. 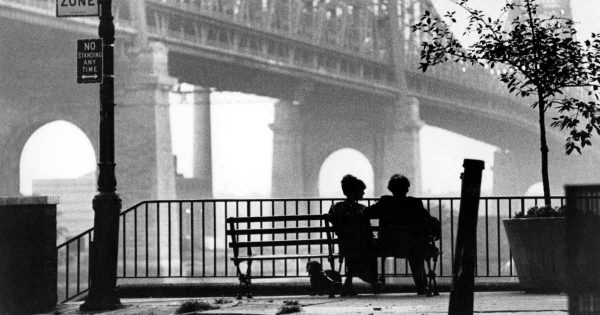 “Chapter one: he adored New York City, he idealized it way out of proportion …”

This is how the movie Manhattan starts when Woody Allen tries to discover his way to feel this city, as New York has to be felt, merged into it. They say once you get to know it you either hate it or love it. Do you love it or do you hate it?

I declare categorically TO LOVE this city, and every time I step on it I get emotional, regardless the times I’ve been here. It keeps showing me new faces, even after having taken so many photographs of its features.

One of my favourite spots of the city is Bryant Park, located behind the New York Public Library, it is small and it offers multiple events throughout the year.

Some summers nights they show movies outdoors, an ideal plan to have a break from the heat and the nonstop, as I bet you won’t have stopped! That night it was Top Gun’s turn, it was very funny to see how, when they sounded the horn indicating we could step on the grass , a crowd of spectators invaded it with their towels and picnics ready to enjoy a different night.

In those days when I-want-to-see-it-all, to not waste too much time I grab something veggie and eat it delightfully in one of the tables surrounding the grass, next to the Piano Corner, yes, there is a PIANO in the park, and if you are lucky, someone will play and offer us a nice repertoire. 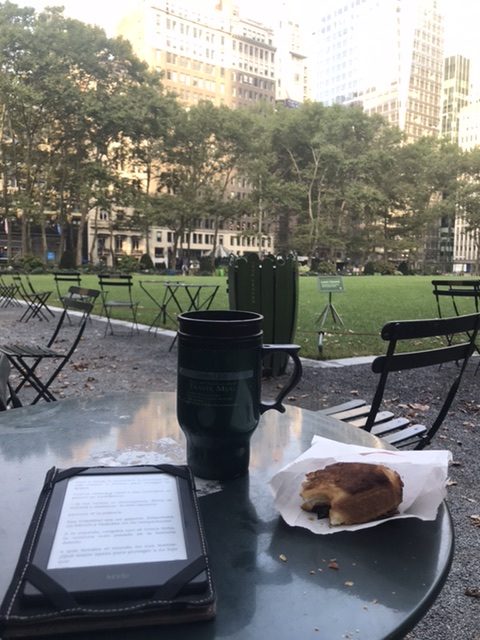 If you fancy relaxing from the hustle and bustle, around the corner, near the piano, you will find the Reading Room where, if you haven’t brought your own book, they will lend you one and … let’s read! 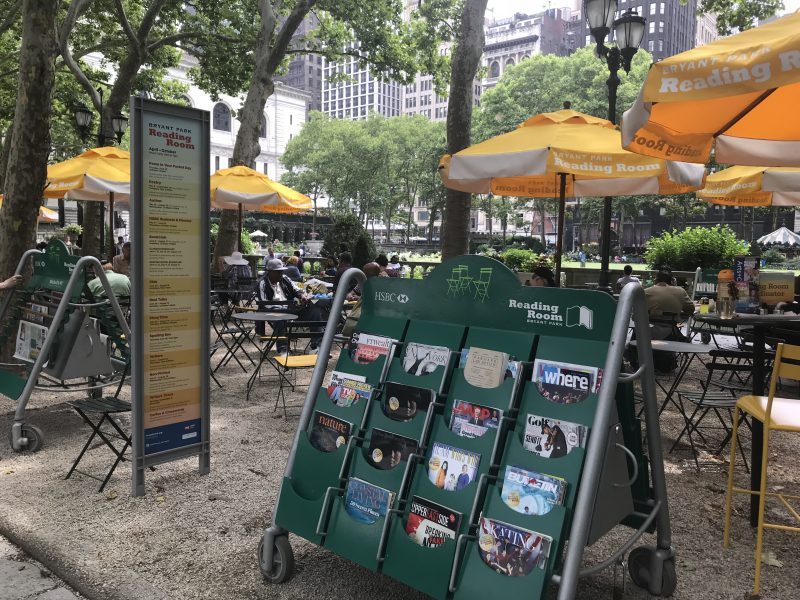 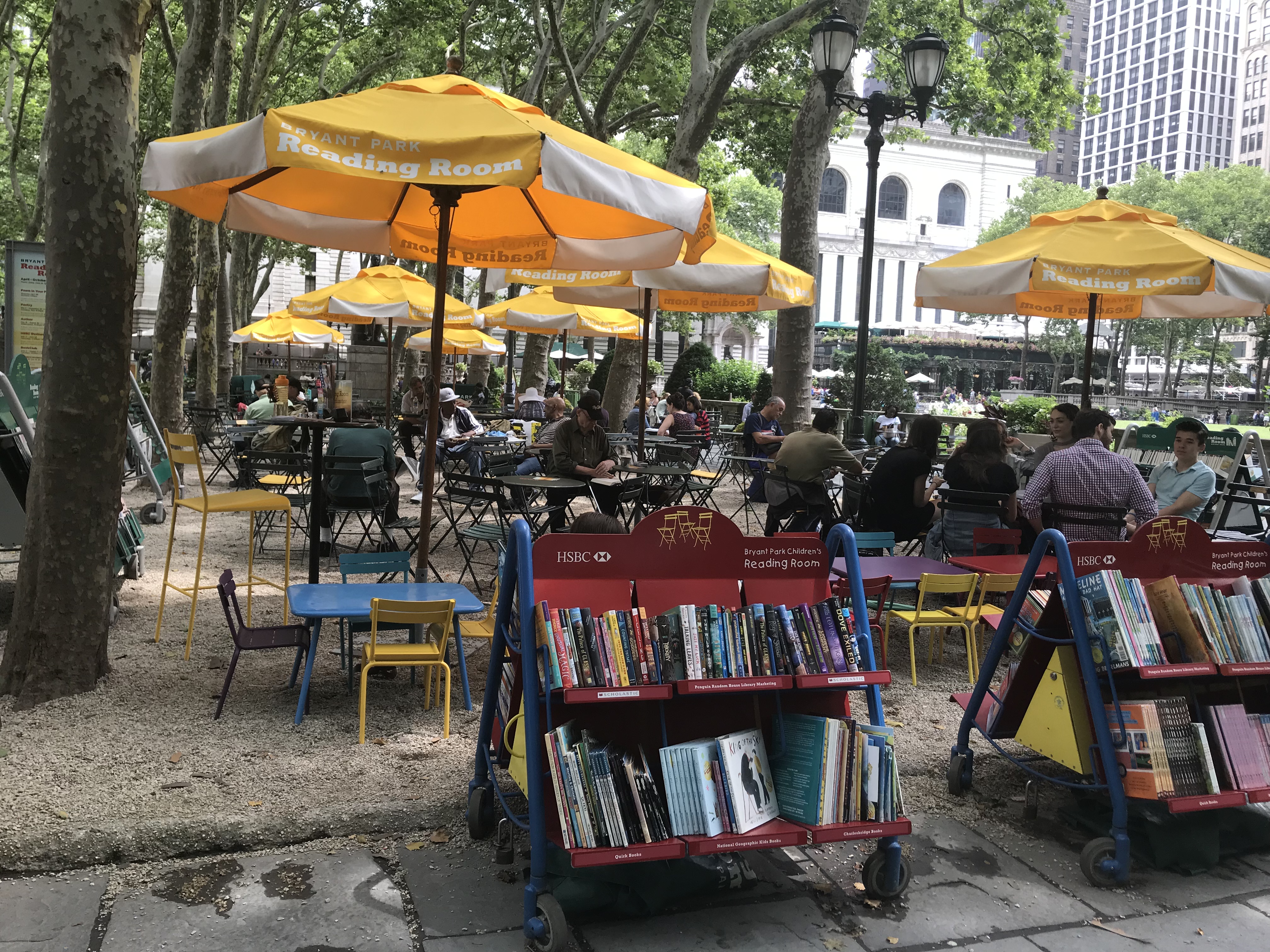 There I came across one of my favourite books, the English classic Great Expectations by Charles Dickens, in which the life of young Pip is rewarded for his good actions and self-improvement; in the end, thanks to all the people who surrounds him, he sees that to get better intellectually or socially are irrelevant before the affection, self-esteem and consciousness. 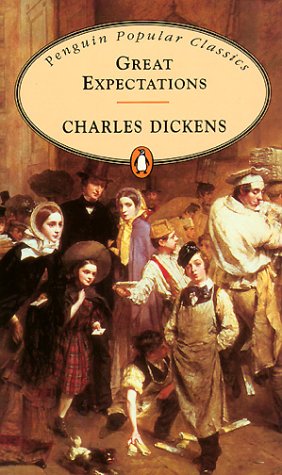 If you visit Bryant Park in the winter it has not only an ice rink but an enchanting Christmas Market with places where a nomad can buy delicious food with vegan options. I was there last December, and as it wasn’t cold at all that night, we had a Taiwanese bao outside, sitting on one of the small tables, I felt so happy that I said to my friend Ian “oh I love eating or having a hot chocolate in any of the New York parks with this particular bustle they have”, do let me know if you also enjoy them.

To go for breakfast, opposite the park, there is a cute restaurant where my friend Frank took me in this occasion, it is called Le Pain Quotidien, it also has a very nice atmosphere to sit and write o read in the winter months when the streets are full of snow.

Crossing 5th Avenue, on 42nd Street we can see the emblematic Chrysler Building, my favorite, its art decó style makes its scales shine amongst the skyscrapers.

Right next door from my silver friend it is Grand Central Terminal, full of secrets and curiosities. It was immortalized by Hitchcock in “North by Northwest” and the handsome Cary Grant, (another classic, I love them!). We can also see it frozen in The day after tomorrow, semi destroyed in The Avengers and present in so many other movies. 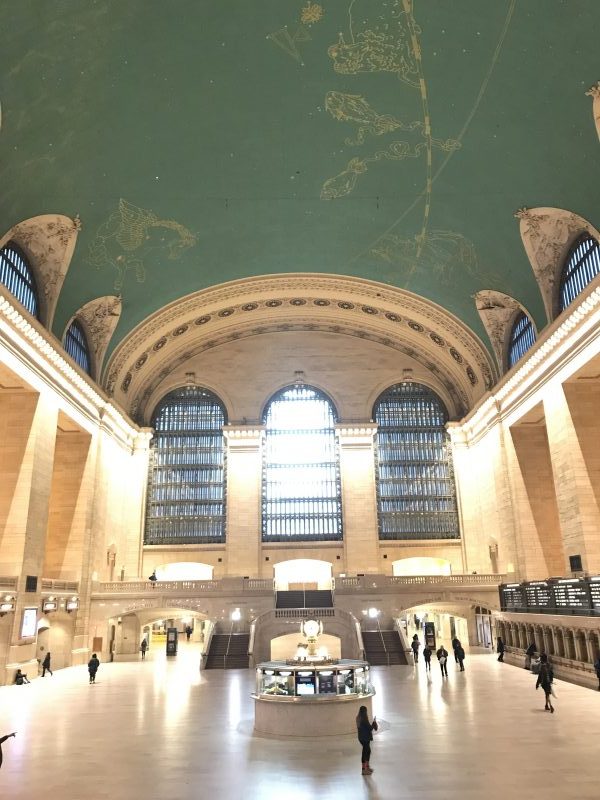 There is a funny piece of information and that is that in its interior there is a vault with stars and constellations REVERSED!, yes, I read it was a mistake and the painted it the wrong way, you can also see a black hole which used to hold a missile during the Cold War, yes you read right! It is in the Pisces constellation.

The most romantic might like to have a look at the Whispering Gallery, which curiosity is that it was designed by a guy from Valencia. It works when you whisper to a column and the person standing on the opposite one can hear you, you can find it near the Oyster Bar. 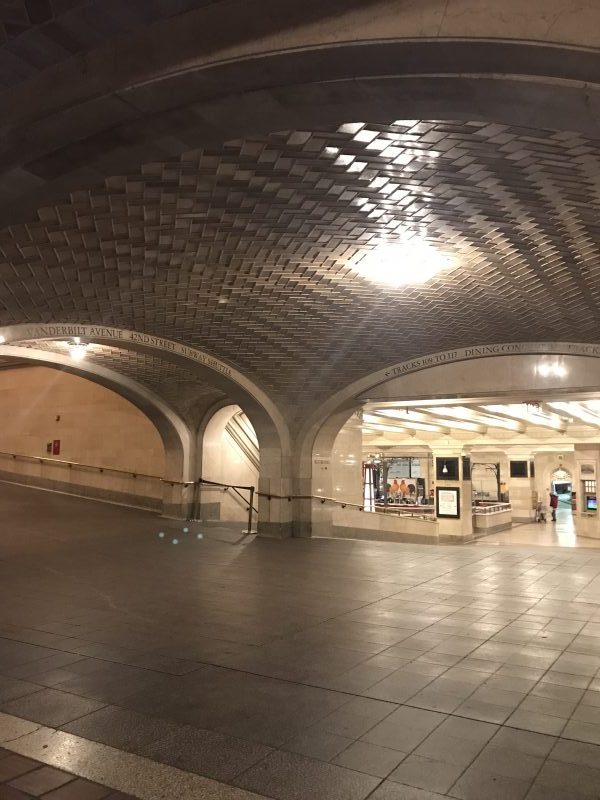 Between the tracks 39 and 42 there is the Gallery of the Kisses, how loving!. It was called like this as historically the long haul trains would depart from there and people would say goodbye with a kiss. 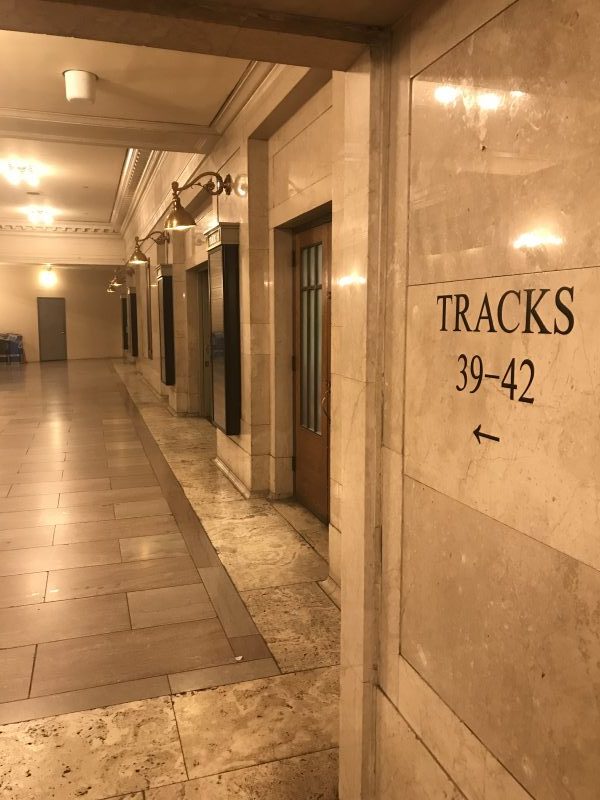 With whispers and kisses I thank you for reading me dear nomads, as the Big Apple can fill many posts, I’ll see you on the next one! 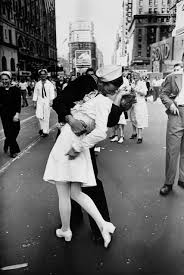