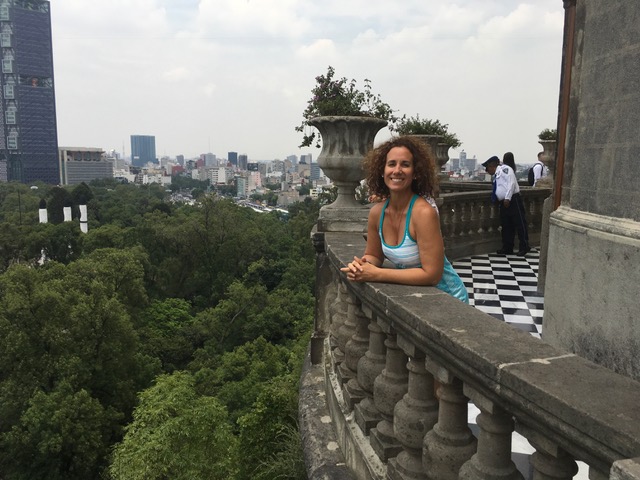 History, delicious food, art, lovely people… all of that we will find in this beautiful part of the world.

My friend Marco is in love with Mexico City (yes, the same one who is in love with Buenos Aires) and with love he created a list for us of nice things to do in the city that today I am going to share with you, we followed it and  had the best time, padrísimo!, as they say there.

Where shall we start from? How about the biggest mural painted by Diego Ribera, “Sueño de una tarde dominical en la Alameda Central” located in the Museo Mural de Diego Ribera. A WONDER that represents the history of Mexico and its most emblematic people. Amongst them we can see Diego as a child, accompanied by Frida, his love, and to his left a Catrina, which represents death, figure that has become a symbol in the whole of Mexico. 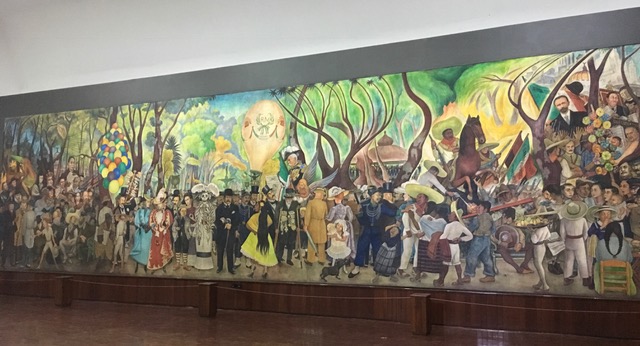 Strolling down the same Alameda we reach the Palacio de Bellas Artes, an IMRESSIVE art decó building that hosts murals from artists like Orozco and Tamayo, besides some of Diego’s; one in particular is the one that was painted in the Rockefeller Center in New York City, and the same one Rockefeller ordered to destroy due to political matters between Diego and him. 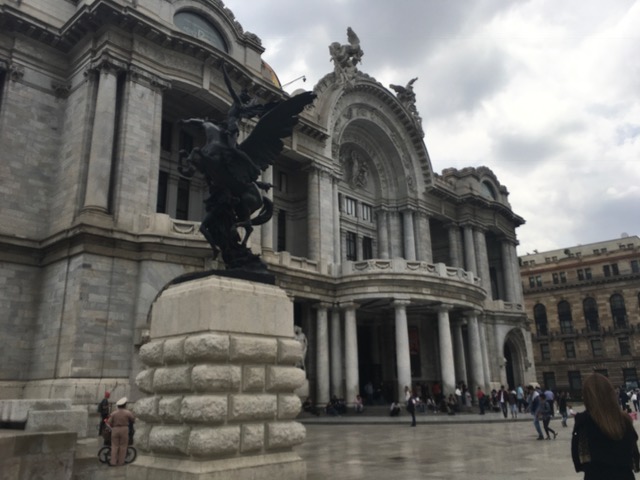 Exiting this building we head to the Main Post Office, whether you have mail or not the visit is so worth it as it very BEAUTIFUL, so much inside than outside. 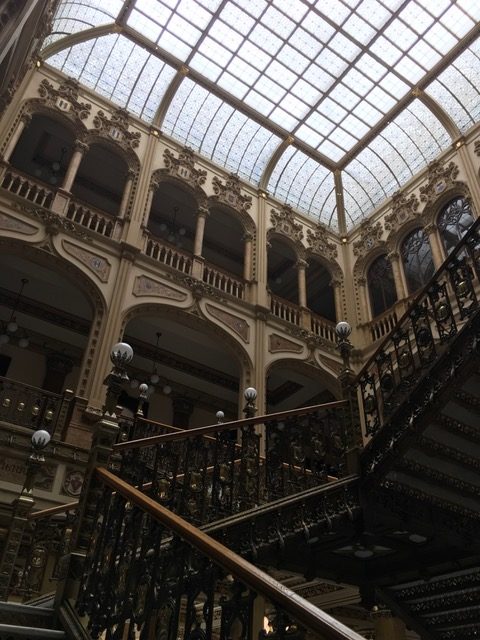 Very close by is Madero Street that leads to El Zócalo, the oldest part of town. Walking down this street we see La Casa de los Azulejos, an old palace covered by tiles that you must enter. It has a DIVINE patio where they serve yummy juices, we had one in one of the colonial rooms, we felt like Catherine Zeta Jones waiting for the Zorro. 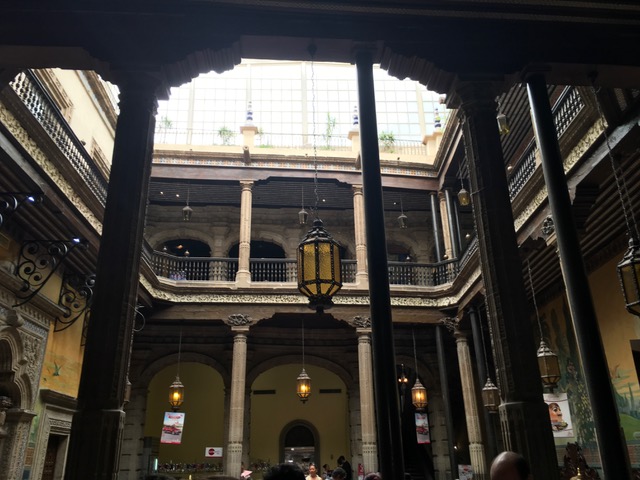 Following Madero St. we admire very beautiful buildings, like the Zara one; we can see amongst them, half sunken, the pretty and small San Francisco Church, the most curious thing happens when you get it, you’ll think you are drunk, it is quite psychedelic. 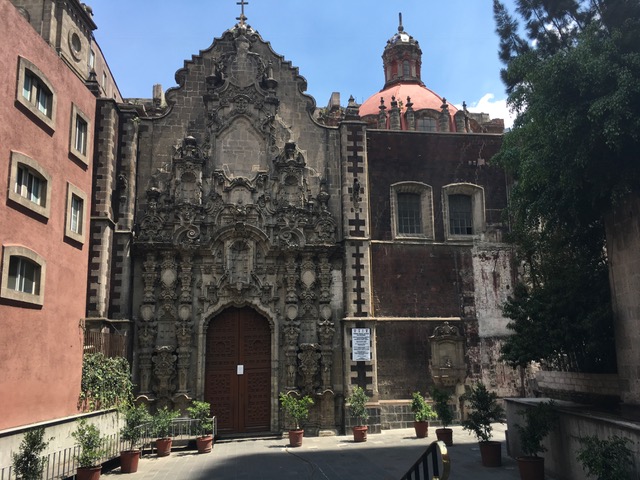 The reason is that is sinking, like the beautiful Cathedral located in the Zócalo near the grand Plaza de la Constitución. One Easter Sunday I attended to mass as I wanted to have the experience and it was wonderful, such a good vibe. 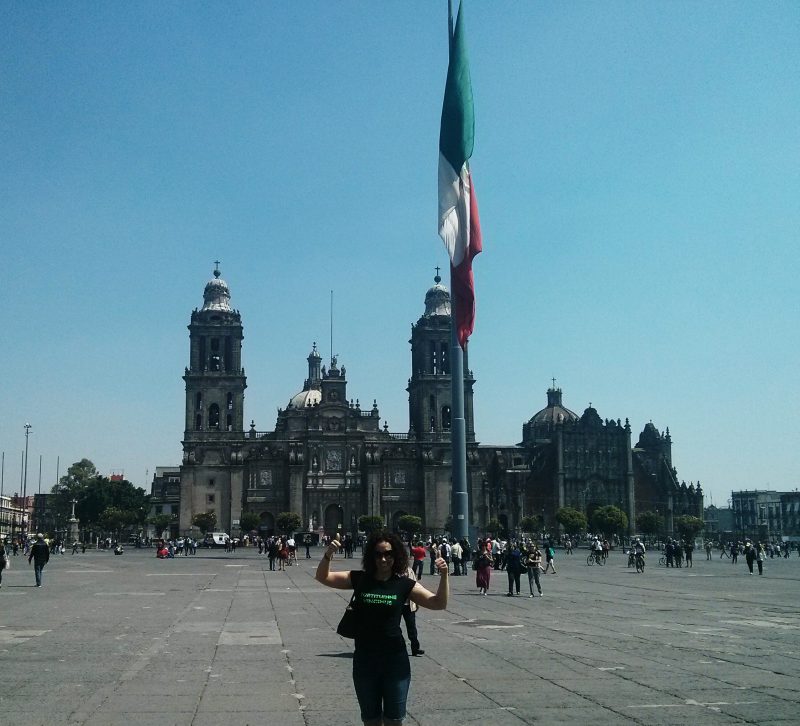 The Palacio de la Nación is in the same square, it is free to get in, although they ask you for a picture ID. The nicest thing in the building is the IMPRESSIVE patio, where we can admire more murals by Diego, I must say that I love them, you can find so many meanings in them, there is so much iconography, besides the communist symbol he signed them all with. 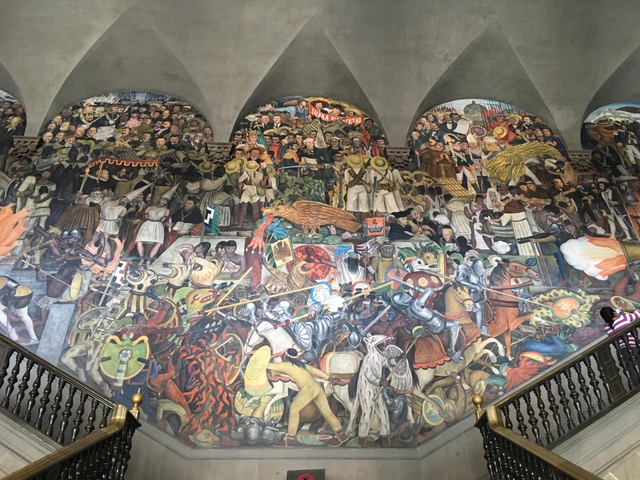 Bordering the ruins of the Old Pyramid you can get to the old Colegio de San Ildefonso. Mexico City is like Rome, its insides are full of history and ruins.

In Santo Domingo square we find the Old Headquarters of the Inquisition, interesting.

When we started feeling hungry we headed to this restaurant behind the Cathedral, it is so pretty that it could be part of the list of museums and palaces. It is called La Casa de las Sirenas, it is a BEAUTIFUL colonial big house, when asking for a table in the roof top we enjoyed the great view of the Cathedral right in front of us besides good Mexican food with a touch of fusion, what a pleaure! 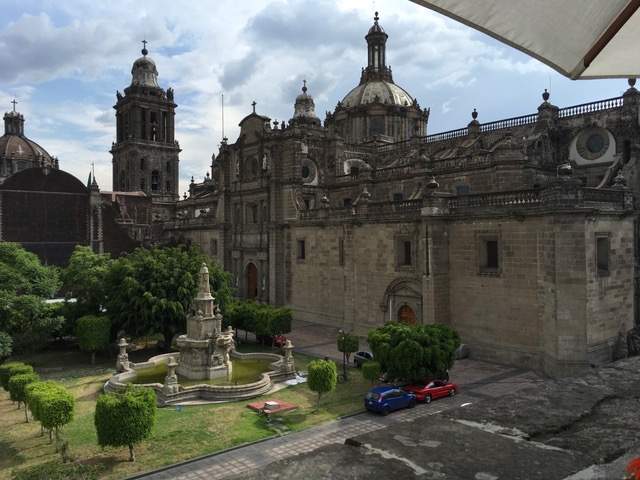 There is a hill where you can see the city from, the Castle of Chapultepec is also on that hill, it’s not as old or medieval like the ones we see in Europe, but it is as beautiful. I read it is the only royal castle in the whole of the American continent. 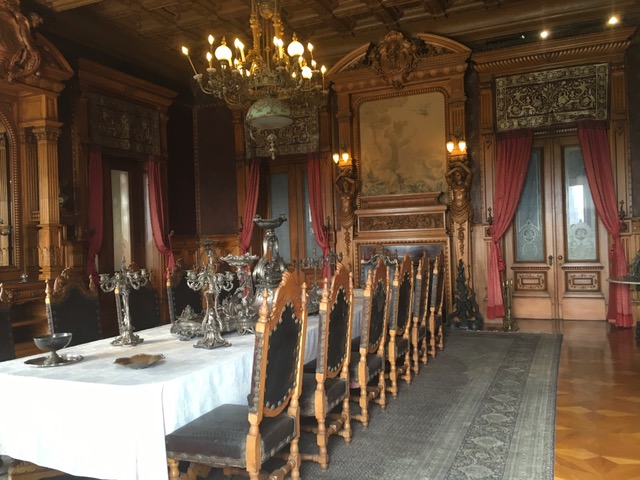 It is also a palace which accommodated the Viceroy, then the Emperor in the Second Empire and many presidents, so we found loads of history and some romantic anecdotes, as Romeo and Juliet with Leonardo di Caprio was filmed here. 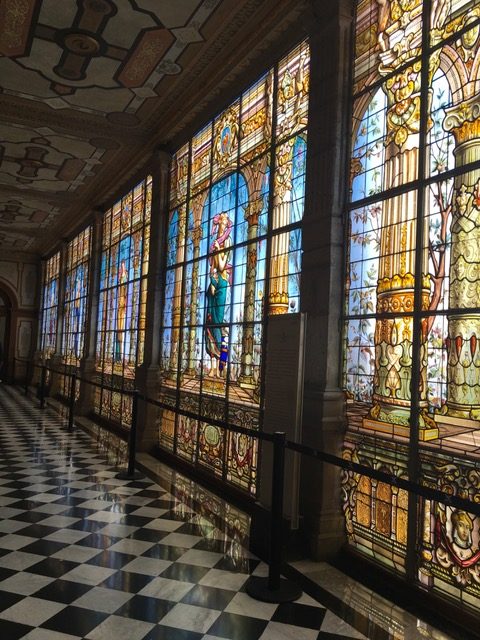 You can access the museum from Reforma Avenue and it takes a ten minute walk to reach the top of the hill, the little hike is worth it. A stop that must be on the list is the Museo Nacional de Historia, just in the bottom floor of the castle.

All these beautiful places really transported us to the novels of the Mexican author Laura Esquivel. Her work “Like water for chocolate” describes the Mexican society of the beginning of the XX century. While the country was going through a revolution, the youngest of the family, following the tradition, had to give up her life and dreams in order to look after her parents. It tells us about the impossible love story between the young daughter and a young man; the magic relationship she has with the food, and how she manages to season her dishes with her own feelings, linking the ways that take you from the stomach to the heart. A tale full of love, magic and tenderness. 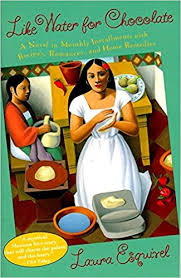 Mexico City is full of history and legends, dear nomads, a lot to see and a lot to tell. I hope you enjoy this little introduction and you find it useful to start your visit, I promise I’ll come back with more stories and places. Frida also wants to be the protagonist!