A bit of New York in the movies. I love listening to jazz when I write, it takes me back to my travels, especially to New York City, as you know it’s one of my favourite places in the world.

Ella Fitzgerald’s notes guide my fingers on the keypad & take me to a chocolatier in Soho called MarieBelle. Virginia’s been telling me about it for a while & today it’s finally the day.

When entering Ella is on & I feel I am in paradise, surrounded by beauty & ideas for presents in the shape of chocolate & New York landmarks, what a great & yummy idea! But that’s not all, at the back I see a Cocoa Shop, we enter & I get cuteness overloaded. Two things I love blend in here, tacitas (tea cups) & chocolate, that, of course, we try. We decide to go for the spicy Aztec & … IT’S DELICIOUS! 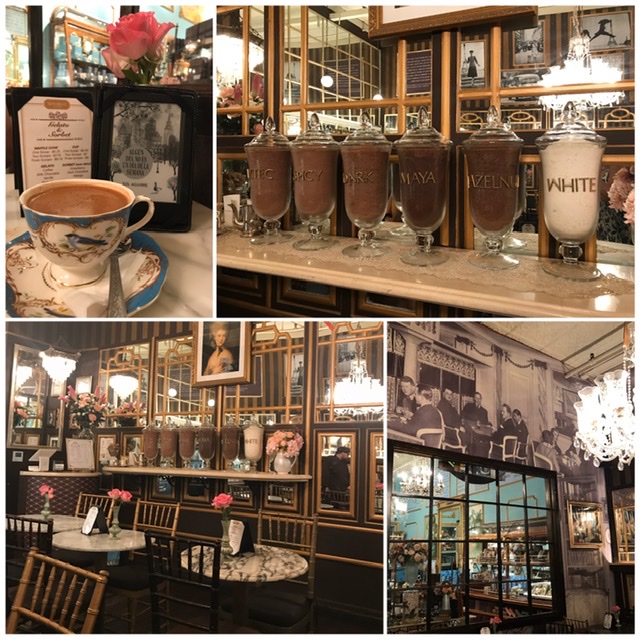 Very happy we continue our walk; a few meters away from Spring St. subway we bump into one of the Kobra murals, the “statue of liberty with a hat”. I`ve already told you about this amazing Brazilian muralist that has around twenty two murals in New York City. I am sure you’ve seen a very giant one he painted for the Rio Olympics, with faces of ethnic groups of the five continents & lots of colours as his personal mark, , the biggest mural in the world. This subway reminds me that the legendary restaurant-brasserie Balthazar’s is only a few steps away. One day many years ago, when the potholes of the twin towers were under reconstruction, my colleague & I decided to go there for breakfast, Meg Ryan had the exact same idea. It’s a very romantic place.

Right there in Soho, five minutes away from MarieBelle is the building where the handsome Patrick & Demi lived in Ghost, what a classic! The New York of the movies, every corner feels familiar, don’t they? By the way, as a curiosity MarieBelle is on JLo’s movie “Second Act” Another restaurant that became very popular thanks to the movie of the same name is “Serendipity”. It’s on E60 with the 3rd Av. & they serve giant desserts like the one John Cusack & Kate Beckinsale had. 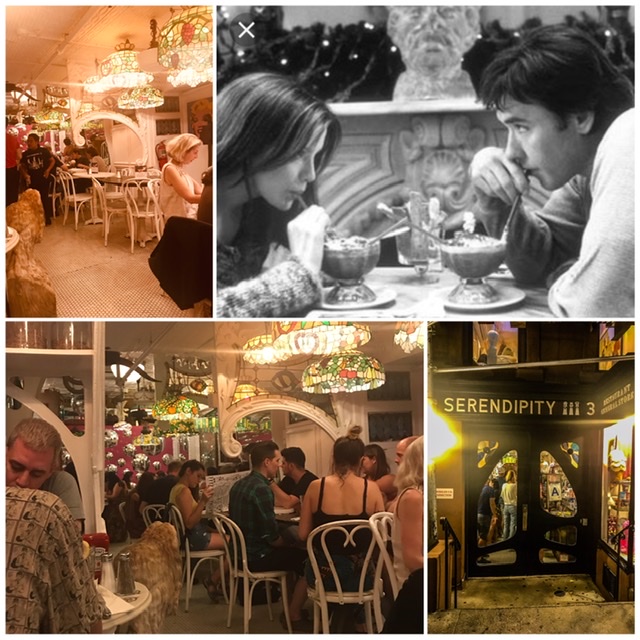 I see another “movie corner” on 42st passed Grand Central Terminal, in the lobby of the Daily News, building we know as Daily Planet on the movie Superman. Don’t miss this big mural by Gerada Art located in the next door alley. 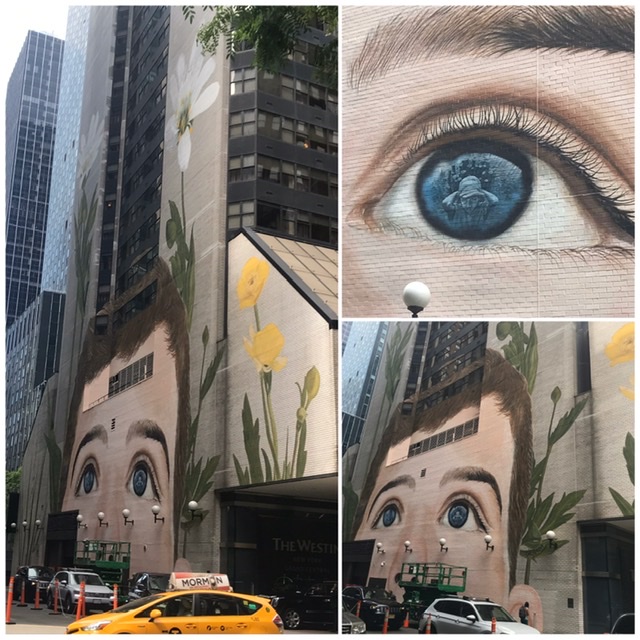 Another of those places that transports us to the late 18th century New York is the birthplace of the 26th President of the USA, Theodore Roosevelt or Teddy, how he was also known. It is very close to the Flatiron building, on 28 E 20th St. its entrance is free, a ranger will show you & tell you so many details Teddy’s life. The rangers look after all the historic sites of the country. 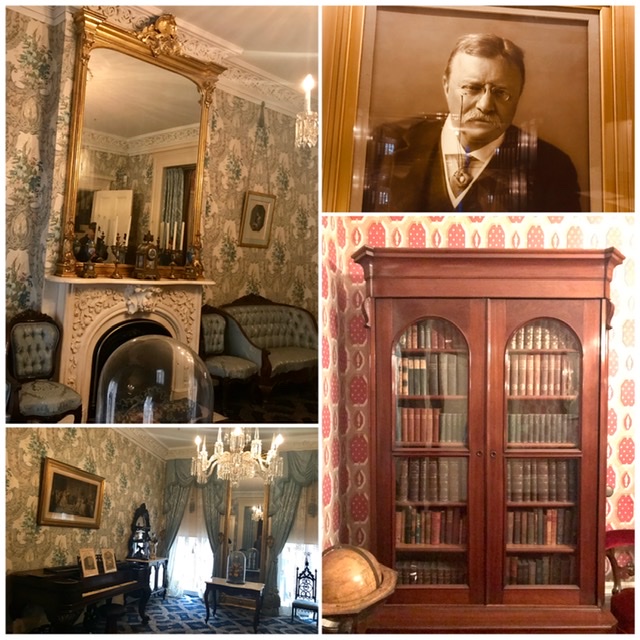 I adore seeing the home where some historic person lived & if the place has been converted into a library, I am ecstatic! The Morgan Library homes the grand collection of books J.P. Morgan gathered all his life. It’s only around three streets from the New York Public Library, yes the same one where Carrie Bradshaw almost got married in Sex & the City. Although if you do a free tour for an hour you’ll discover its secrets, the room of maps, some desk where words flowed & were converted in books & so many more wonders. Downstairs, now converted in the children’s area ,lives the one & only Winnie the Pooh, yes, that same one. 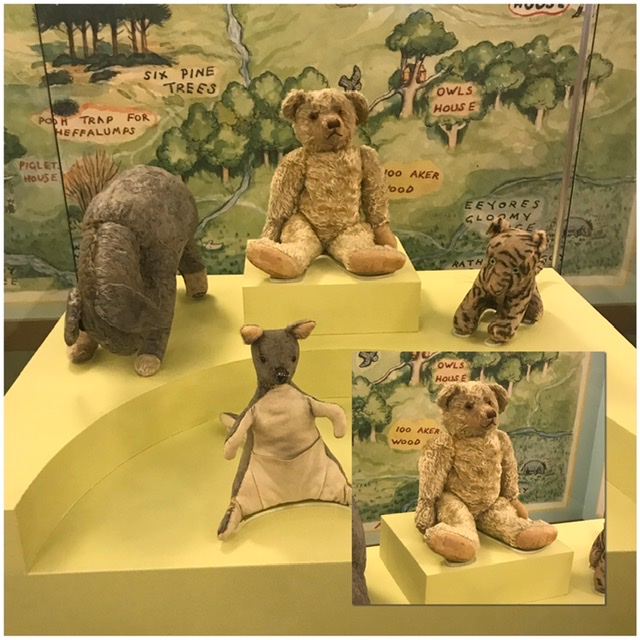 Jumping into the future I bump into the sculpture in fashion these days in Hudson Yards, the Vessel, it can be visited for free, we only need to book it & walk all its staircases up. You can’t leave without visiting & maybe tasting some delicacies in the market Little Spain, yes very Spanish. You can find it entering the white shopping mall called The Shops opposite the Vessel, once inside look right & you’ll see a red sign with an arrow pointing downstairs, & that’s it! Its other exit leads you straight into the High Line, you’ll remember it from my other post. In these quarantine days, when I write these words, I believe that remember is to live again, I am reading a book called “Windows of Manhattan” by Antonio Muñoz Molina to feel a bit closer to this great city that I love so much. In it he is discovering, with an exceptional prose, his arrival to the Big Apple, names every sensation, every light, every feature many of us know thanks to the big screen & once there we discover & cannot stop following, attentive to everything that happens there. I haven’t finished it yet & I am enjoying as much as if I was in my beloved NYC, happy to read it in these days where a book is the only thing that takes me travelling & opens those windows to those grand avenues, to its vapours, to the yellow taxis … 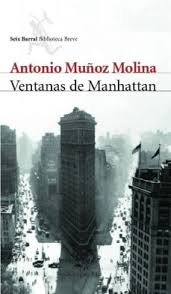