The kingdom of Bahrain. 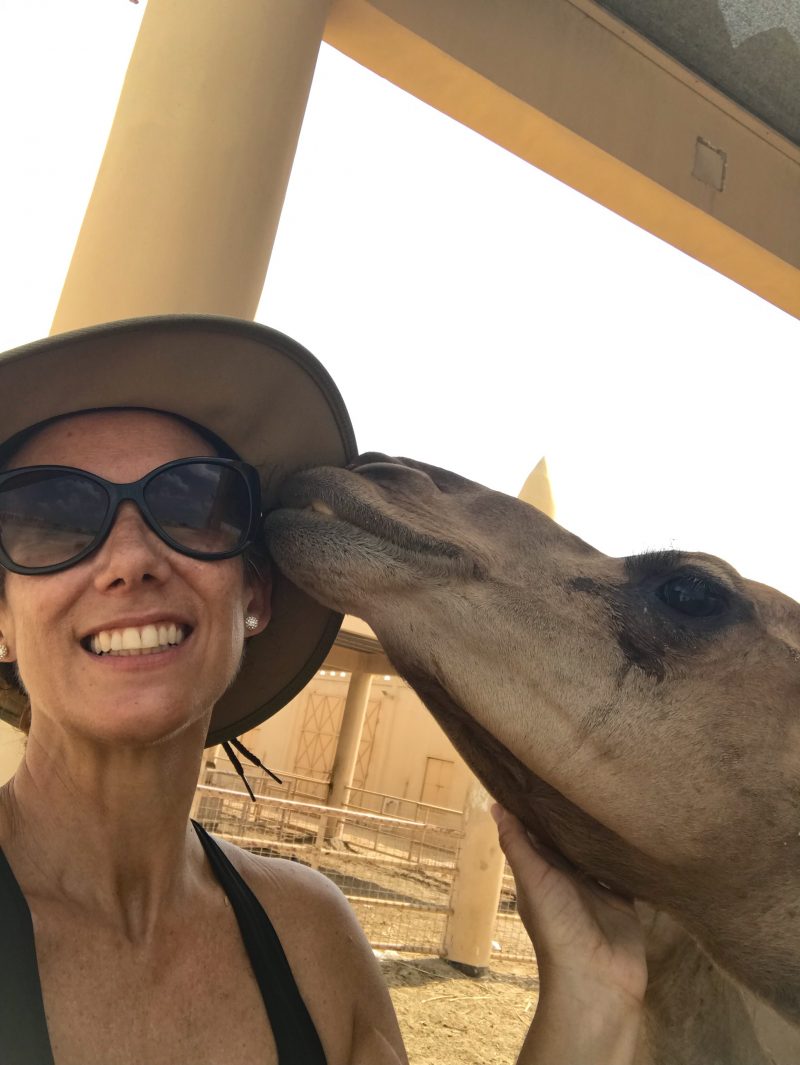 This little country of the Persian Gulf is formed by an archipelago of islands being Bahrain the biggest one, which is not that big, it’s only 55 km long per 18 wide.

Its people are lovely & kind. Amongst them is Mohamed, a true gentleman who took me around to visit some of the places of his country.

We started at Qal’at al-Bahrain, a Portuguese fort positioned on top of an artificial hill created by humans with layers & layers of archeological remains. 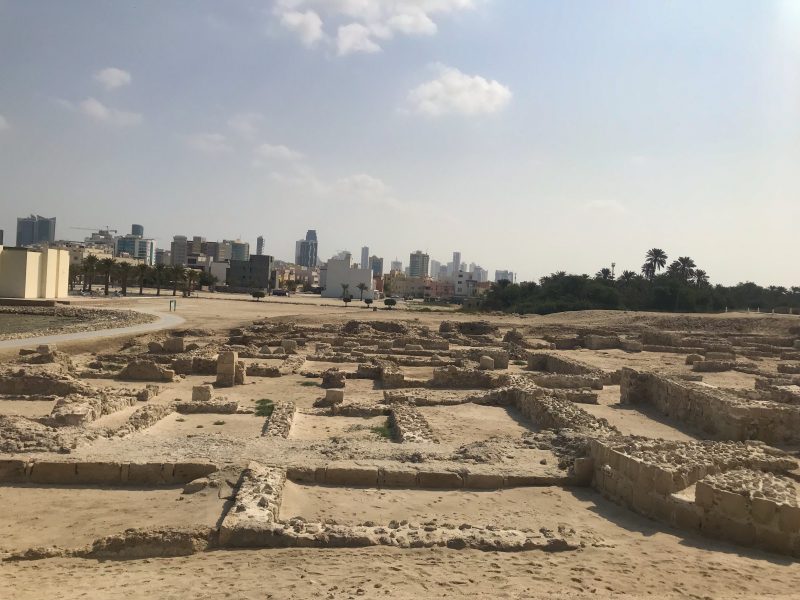 It was in its day the capital of Dilum, a very important civilization of this region. 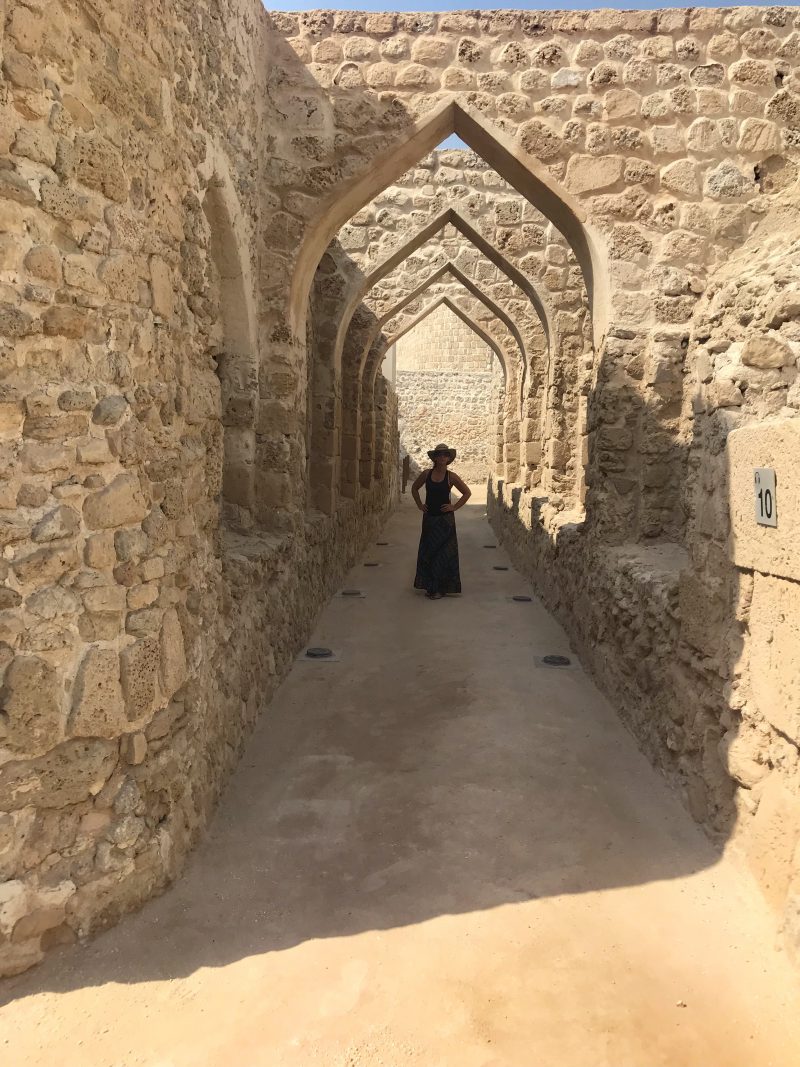 I love seeing how they built to keep cool, as well as to defence themselves or use the place like a port of transaction. We even saw a place where they’d dry & store dates. 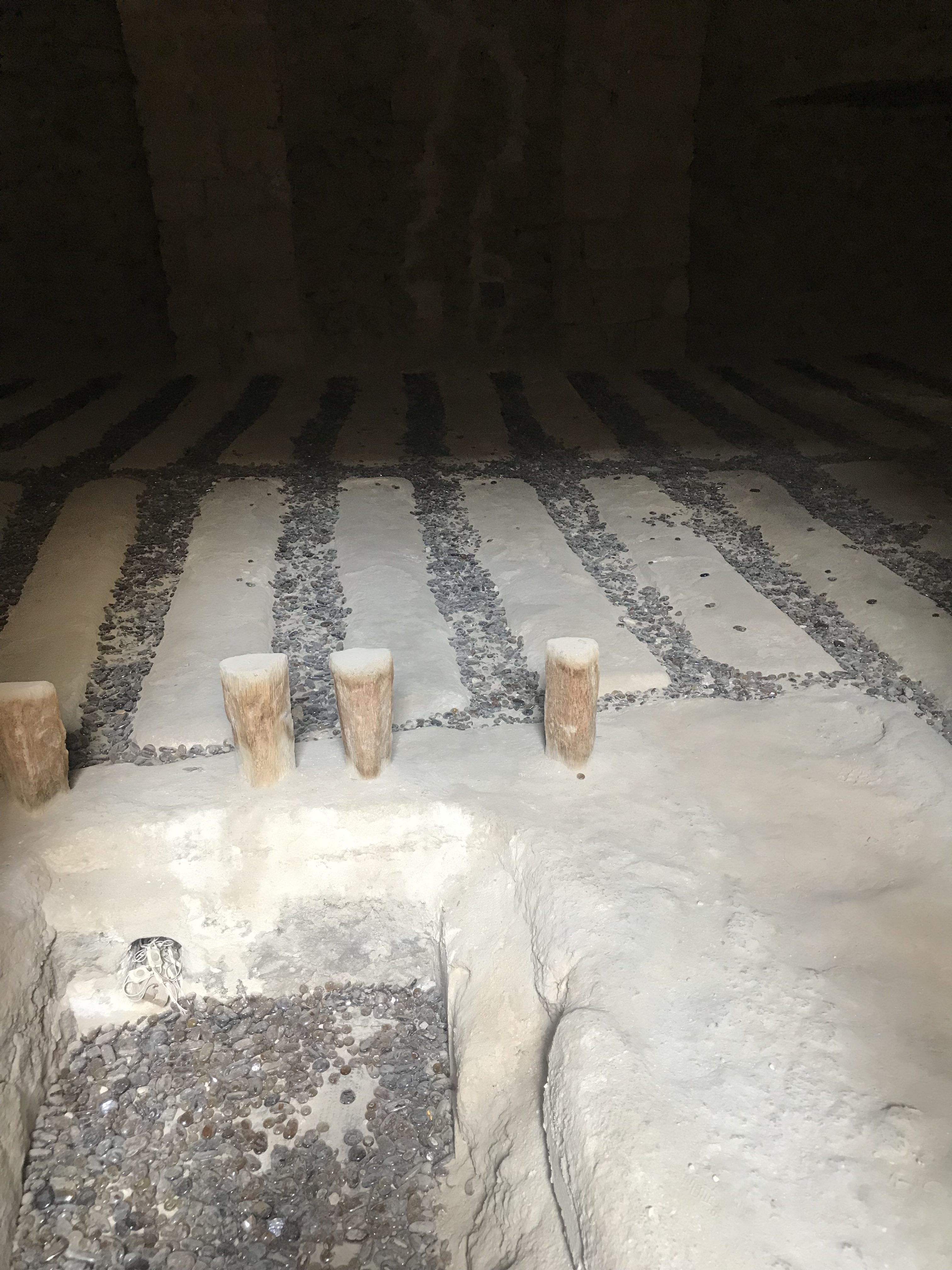 From the ruins we can admire the skyline of the city that contrasts with its modern buildings, of an architecture that plays with the shapes & makes them endlessly tall. 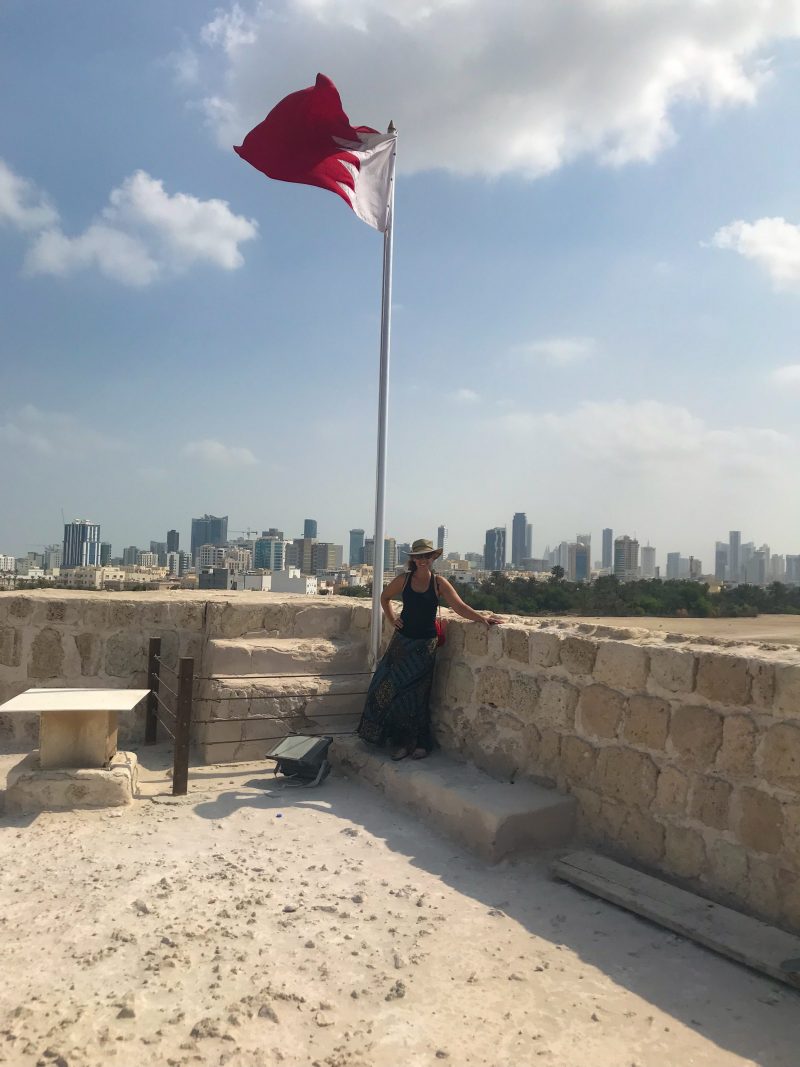 Around the fort there is a village, as Mo said, the real Bahrain. I also saw something that caught my attention, in all the streets there were black flags with a red stripe. Mo told me that they were there because they were celebrating Ashura, the death of the grandson of Muhammad in the battle of Karbala in 680 b.C. The first ten days food is offered in the streets for everyone as well as for the poor. 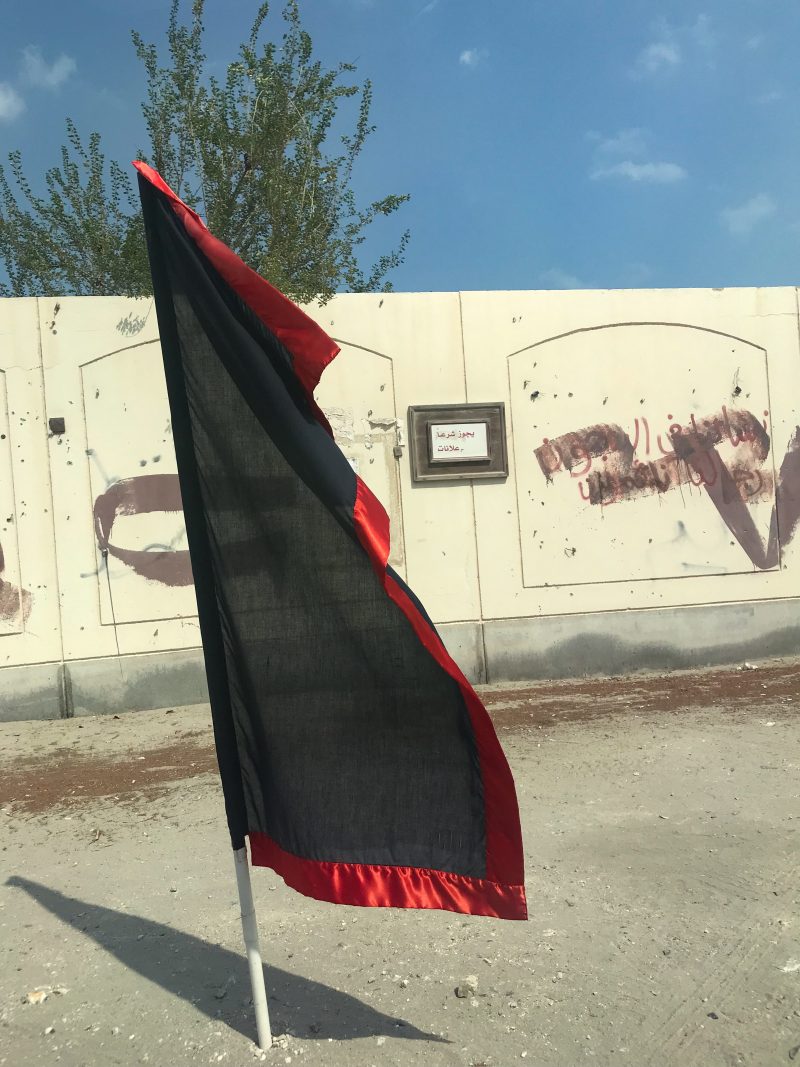 Leaving the village behind, we arrived to a Camel Farm, similar to a horse one. I asked lots of questions, I needed to know they were well looked after. It all indicated that they were. 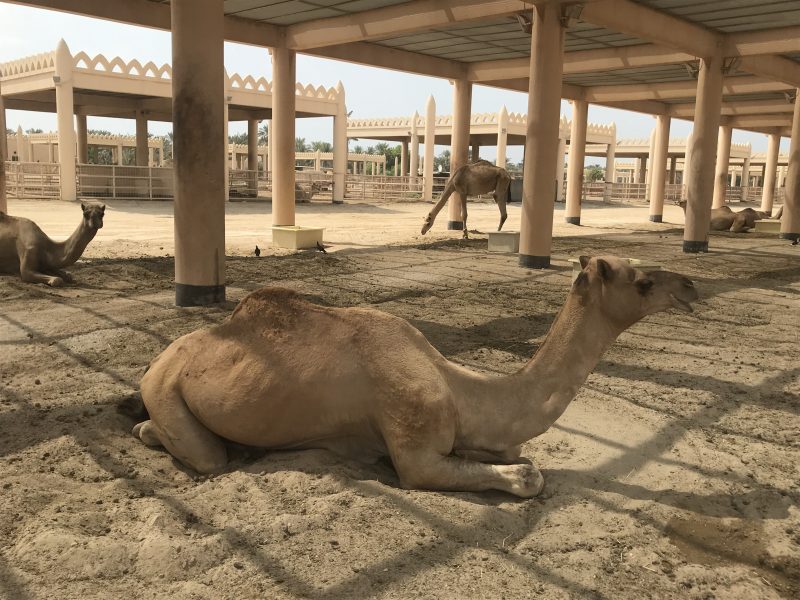 I gave them heaps of green grass & played  a bit with them, it was the first time I was seeing camels so close, I thought they were bigger, although they were all kinds of sizes, one even gave me a kiss. From the farm we headed to a handicraft center. It was a very pretty garden surrounded by little workshops where every artisan would create their art, like telars. 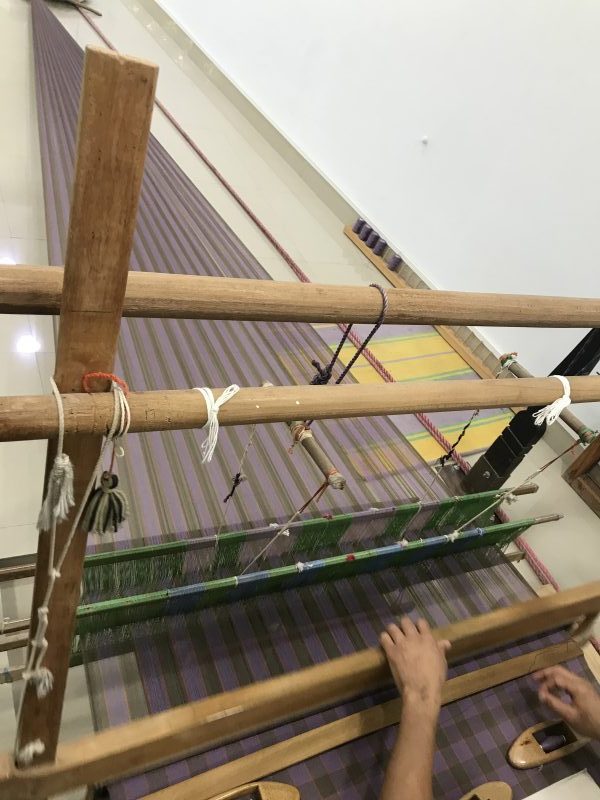 Or typical little boats, amongst other of their creations. They all were ever so nice & I was able to observe & photograph their work. 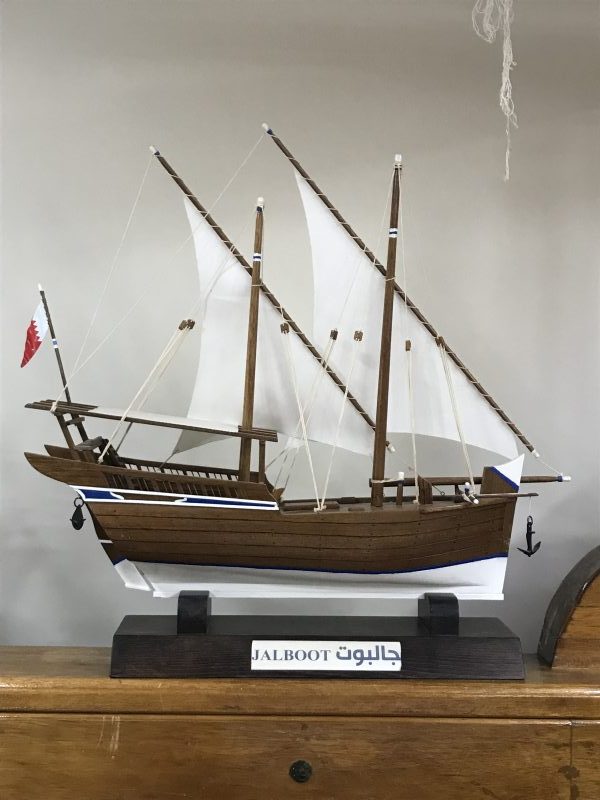 In the next visited Mo took me to THE KING’S HOUSE, yes, as you read. I am talking about Al Jasrah House, where the father of the actual king was born. It’s built in 1907 & it’s a pretty example of traditional Bahraini architecture. 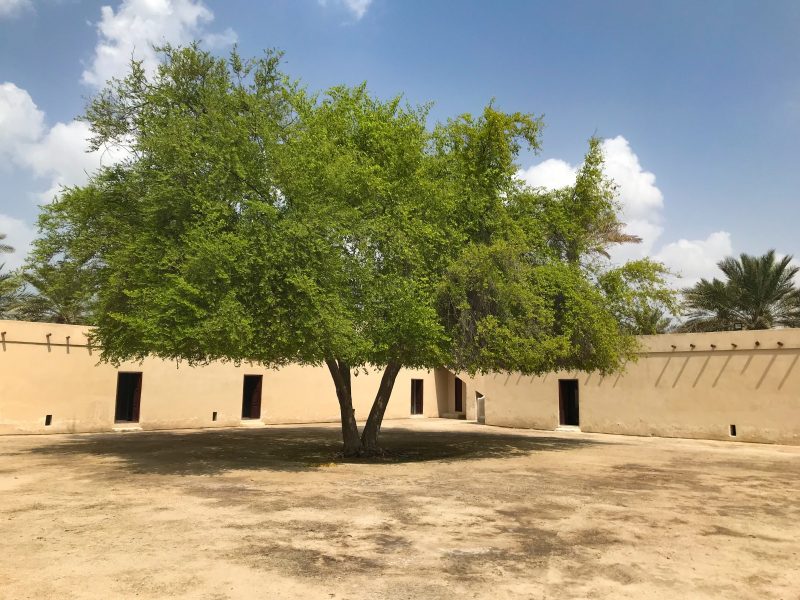 It still amazes me their air conditioning system. Its exterior is plain & its walls thick to isolate them from the heat. In their summer room the bed is elevated so it’s near the small lateral windows. In such a hot climate they achieved providing a comfortable environment for their inhabitants. 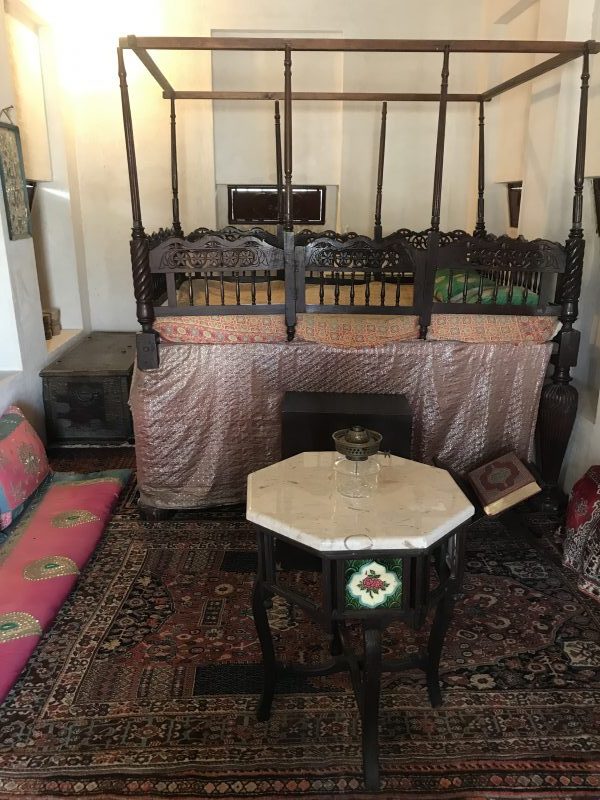 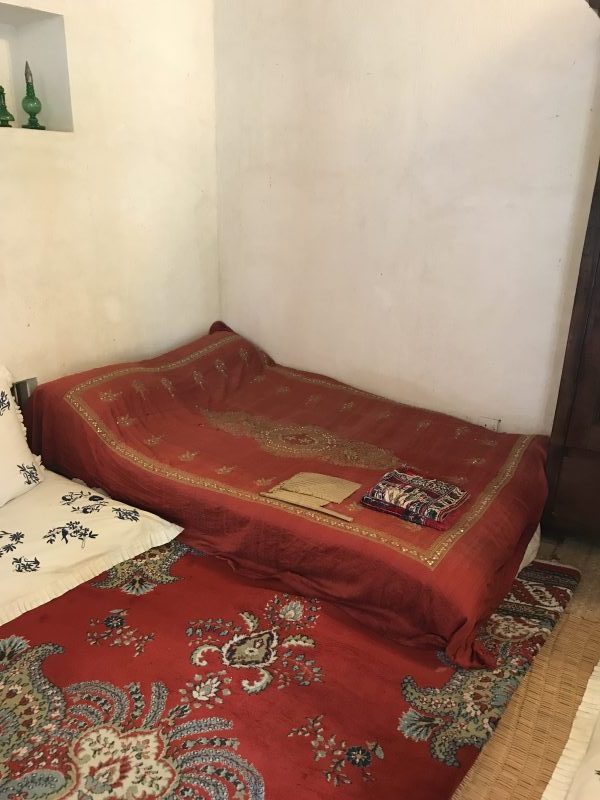 The house also has a Ladies Room where they’d entertain family members. 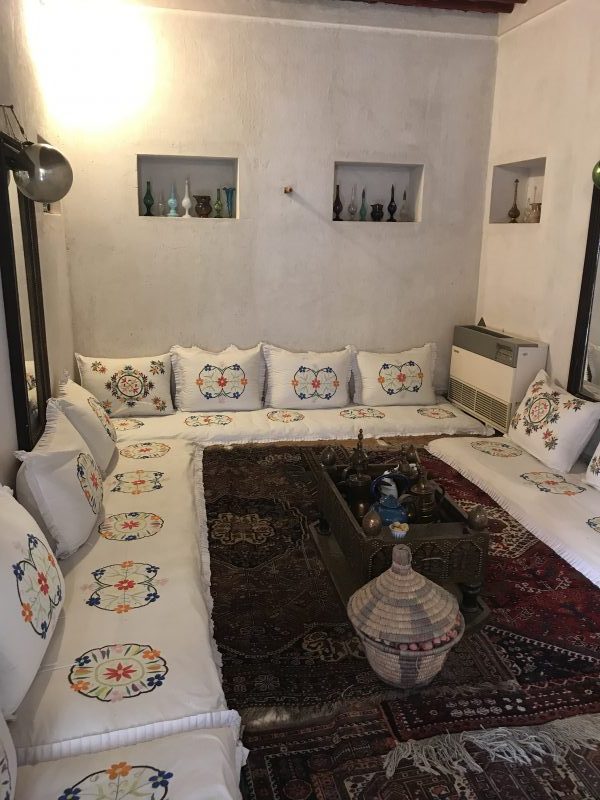 In its exterior there was a place intended for the animals, also a room with a big vessel they’d use to keep the water cool. 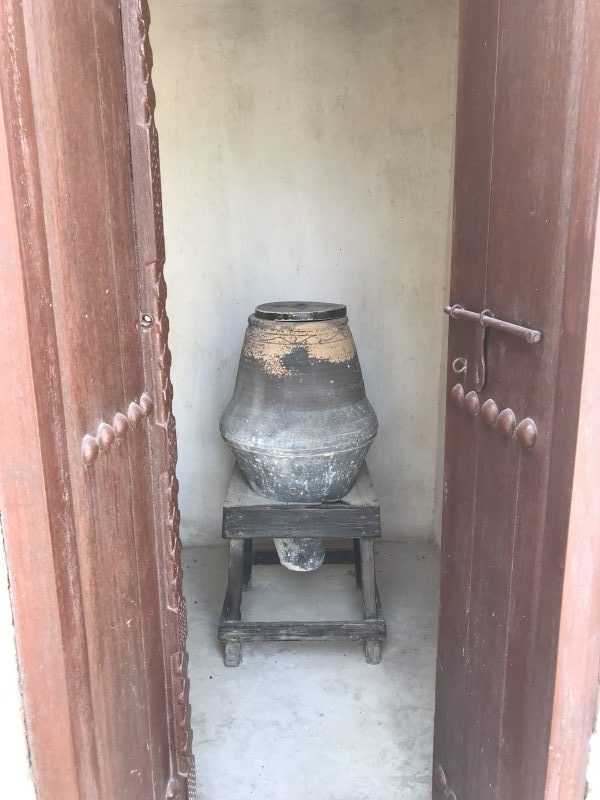 Coming back to Manama, the capital, we were off to the Grand Mosque of Al Fateh that it’s only 31 years, but still beautiful. 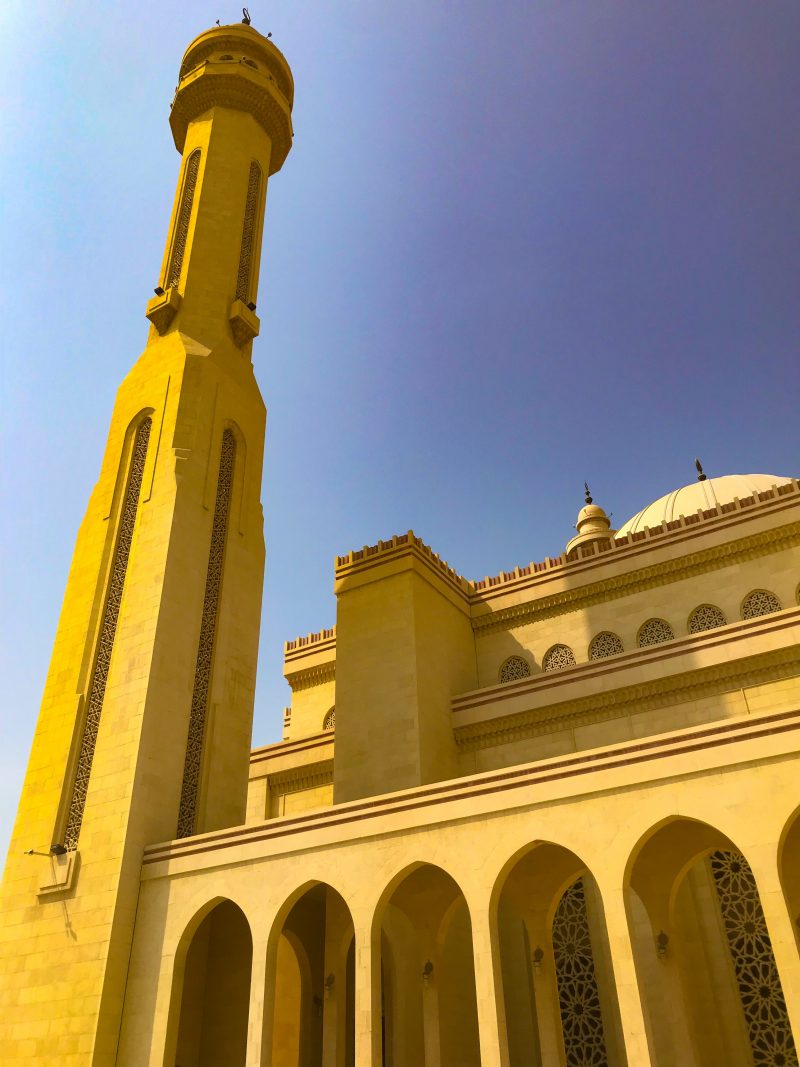 We did a tour, a kind lady explained to us how they adore one & only God, Allah, which means that, God. That is why there aren’t any images of saints, nor virgins like in Catholic churches or Buddha’s in the Buddhist temples. 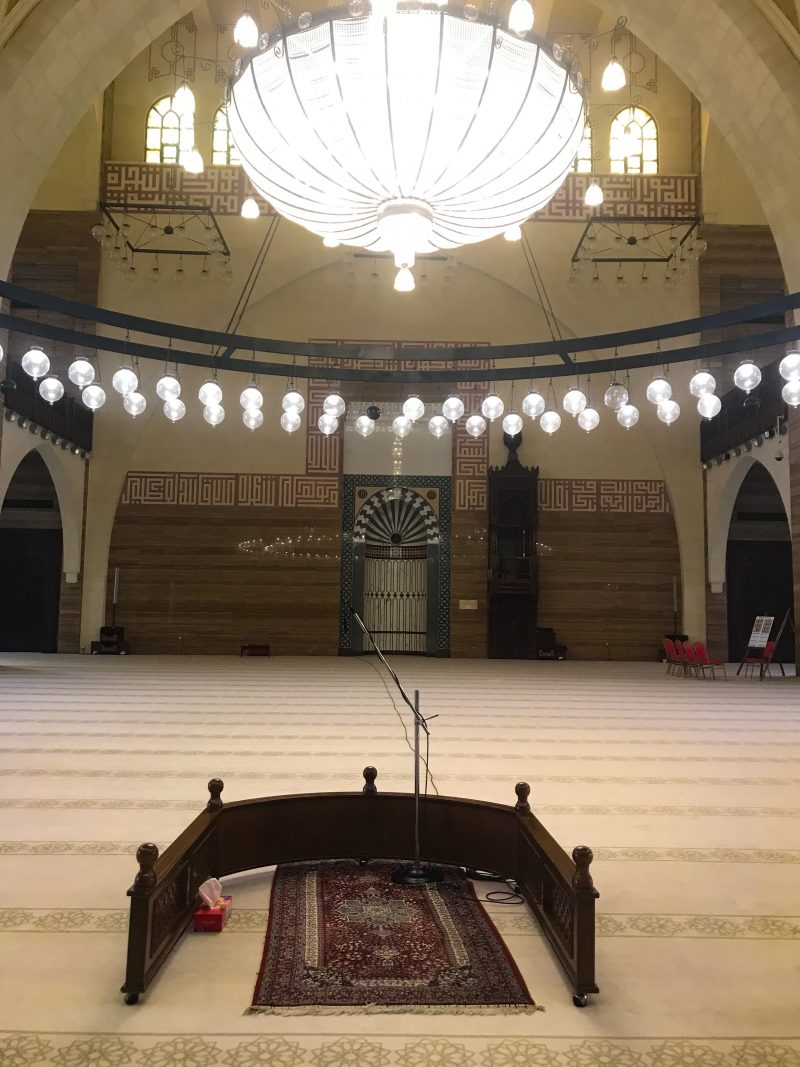 The architects like to decorate their mosques, that’s why they choose geometrical forms that we can find on the floors, doors & walls. They also use the Arabic alphabet, in the highest part of its wall we can see verses of the Coran. 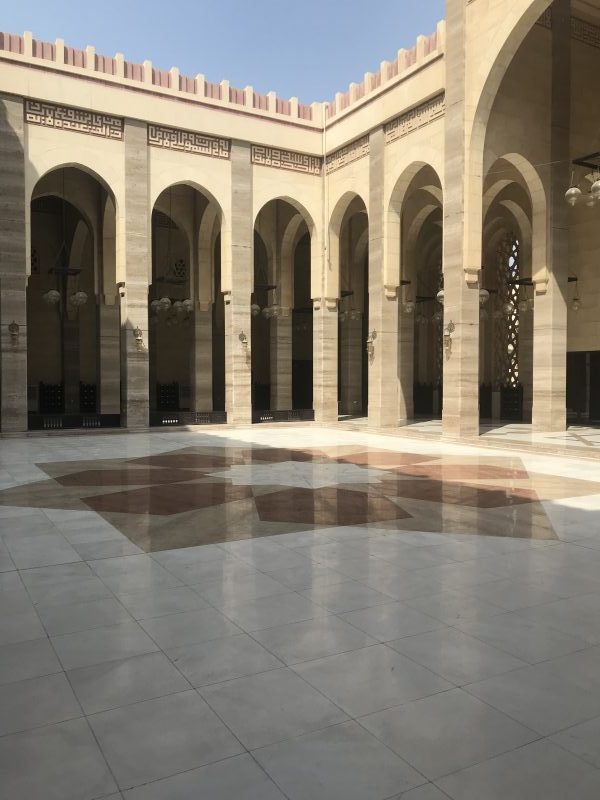 In sign of respect, like when you visit churches, temples or synagogues, you must cover your body, & here also your head, if you are a woman. I didn’t lose the chance to ask this lady to show me how they wear the scarf. I also put on the prettiest abaya I found in the closet. 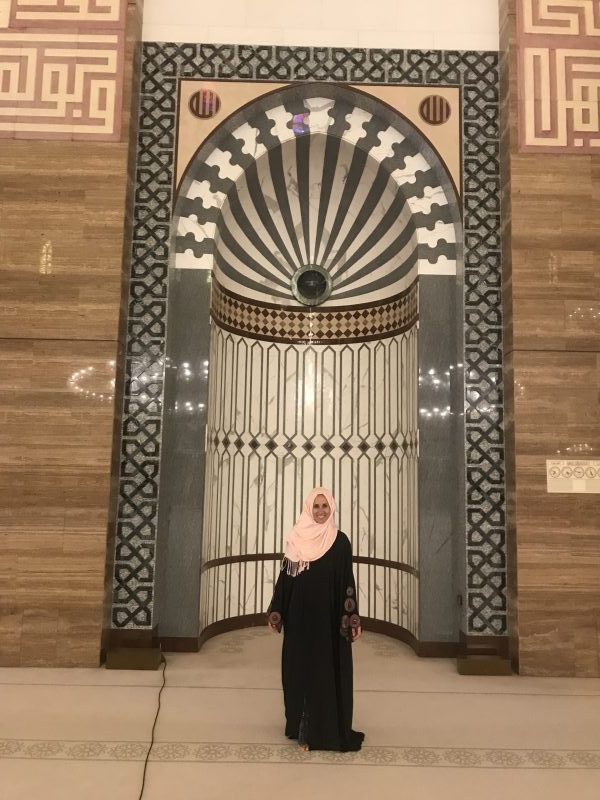 This lady also told us how they pray & what they say, the tour was very educational.

From there we went to the souk called Bab el-Bahrain. A place full of bustle & little shops, anything can be found there, from spices, to handcrafts, to a shoe repair man for my broken Menorquin albarca. 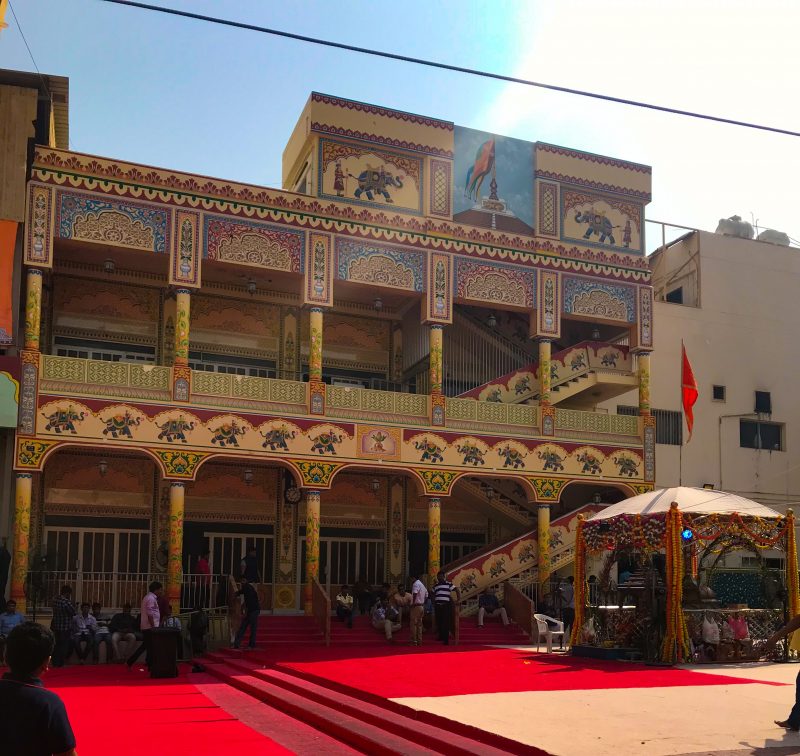 There was a celebration that day, with music, kids dancing & offerings. I thought it was charming, we got invited to join them, so spend a little while with them, as I said before, here everyone is so lovely.

Back in the day the souk was in front of the sea, but they have been building & “creating land” like in Dubai,  now these two buildings are in front of it. In the right hand side of the souk entrance there’s a very friendly restaurant, Haji’s Café, which serves local food since 1951. 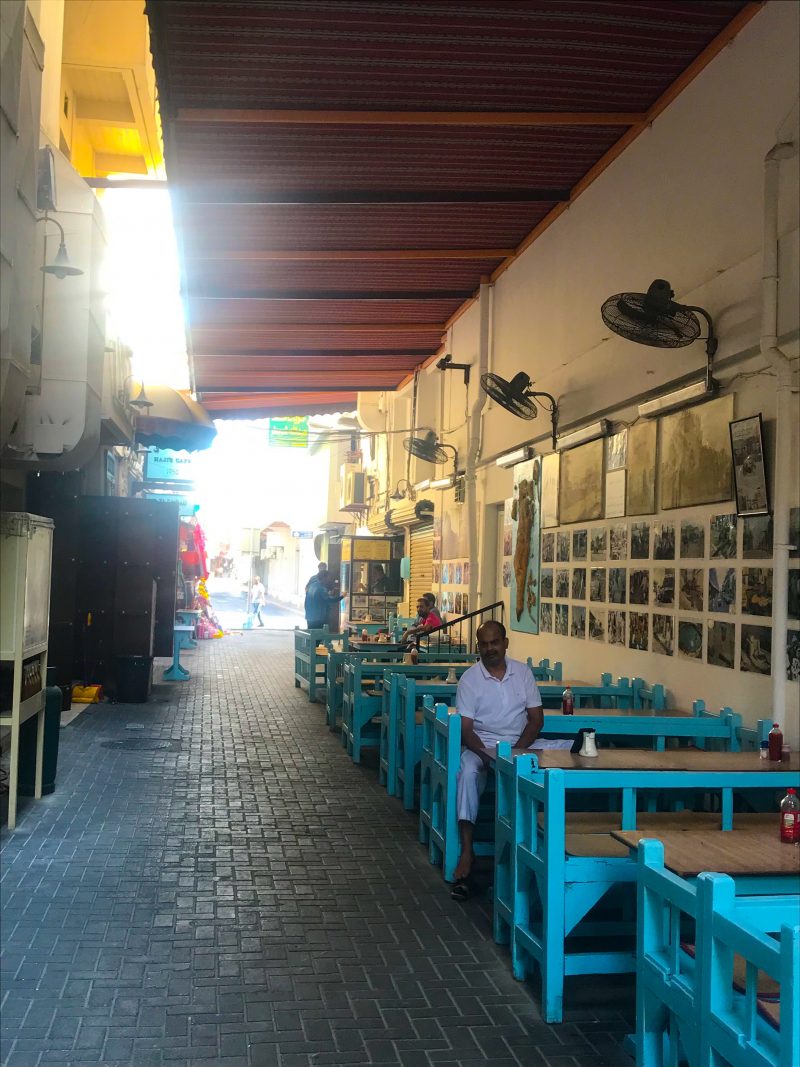 Bahrain is linked to Damman, in Saudi Arabia, by this 25 kilometer bridge. I’d like to link this article to Julia Navarro’s book “The Brotherhood of the Holy Shroud”, a mystery novel that starts with a fire in the Cathedral of Turin, where they worship the Holy Shroud; entrails intrigues involving powerful men & takes us through the journey the Shroud went down, from Jesus Crist, through the Templars. A plot that links history & mystery, a very addictive mixture.