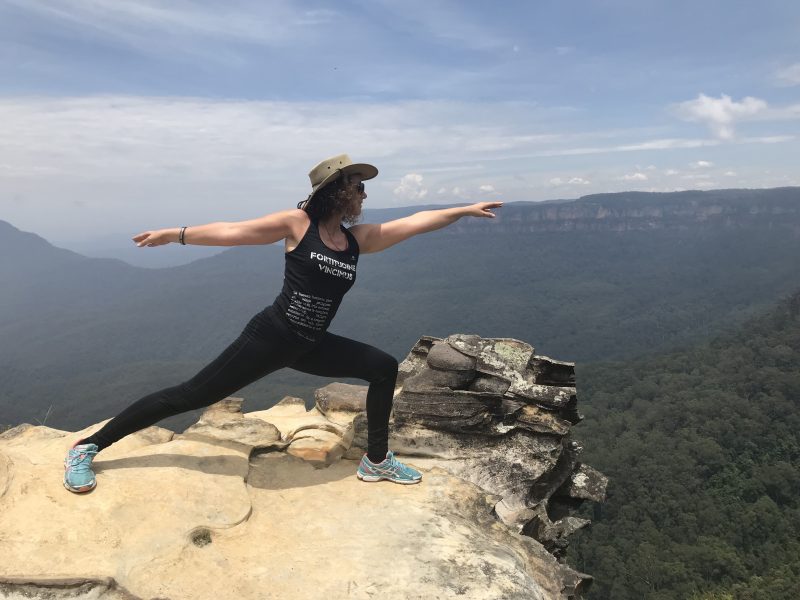 My plan for today is hiking the beautiful Blue Mountains. I have decided to take the train, it’s more romantic & also a lower-cost option. This is how another wonderful day in Sydney was starting.

Equipped with my hat, comfy clothing & shoes, a rucksack with plenty of water & some snacks, I headed off to Central Station at eight o’clock in the morning. From there I took a train to Katoomba, which would last approximately two hours. I used the Opal Card I told you about,  the ticket cost around AU$9 as it was rush hour. I didn’t go all the way, I got the off beaten track & I stopped at Leura, one station before Katoomba. A charming & magical village where I had a macadamia hot chocolate & a toast of Turkish bread for breakfast. The café had a nice view of a small valley. With full tummy I set off to the Blue Mountains, the most visited park in New South Wales. 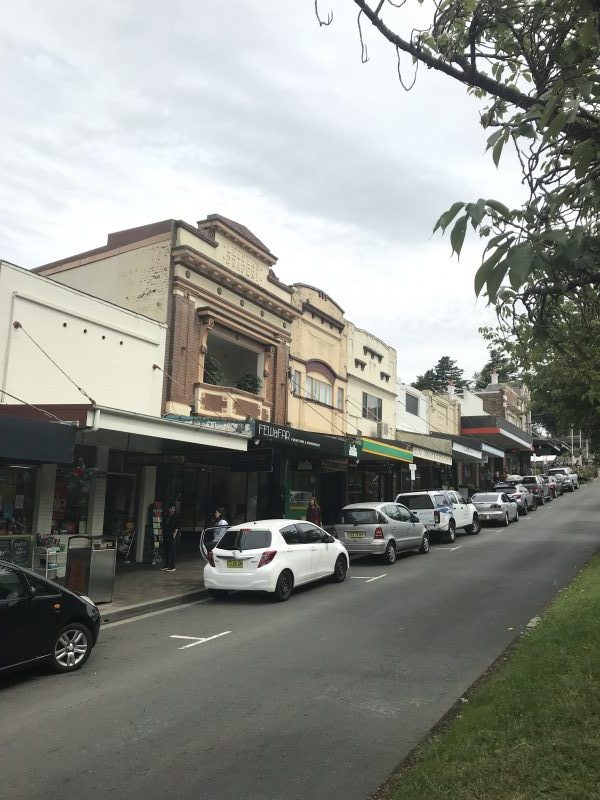 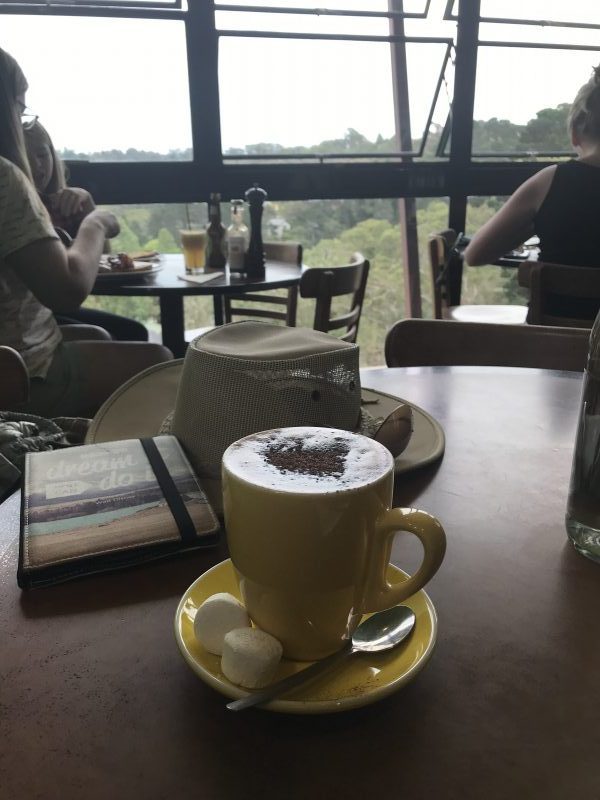 When I arrived to my final train stop I crossed the street to the Visitor Centre, there they indicated us the way to the Hotel Carrington, first street on the right, where we could take bus number 686 direct to the entrance of the mountains. Another option was to do a tour, there was one for AU$50, but I decided I’d rather have the freedom to come & go as I pleased & take the paths I wished. Later on I was very happy with this decision.

The bus has two stops, I got off at the first one next to the souvenir shop, from where I took the Prince Henry Cliff Walk on the right handside to the Wentworth Waterfalls. Along the way I met Ciaran, an Irish nomad who shared my path. Every lookout we found would leave us speechless before so much beauty. 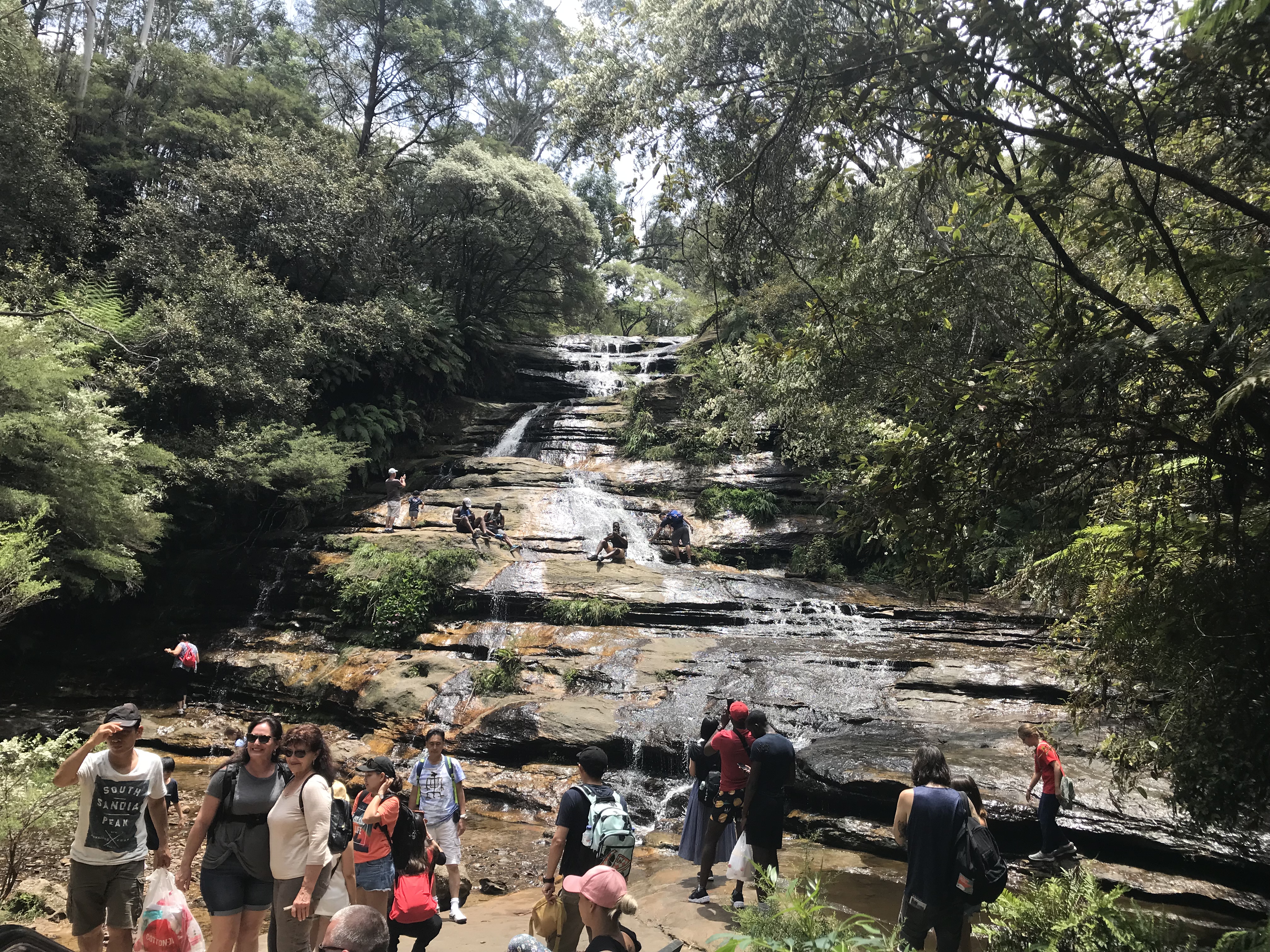 Besides taking loads of photos we took pleasure admiring & absorbing the magnificence of the surroundings. The mountains offered us that magic blue colour, caused by the effects of the dust & the eucalyptus, which would transport us to an aboriginal world right in the heart of the Jamison Valley, World’s Heritage. 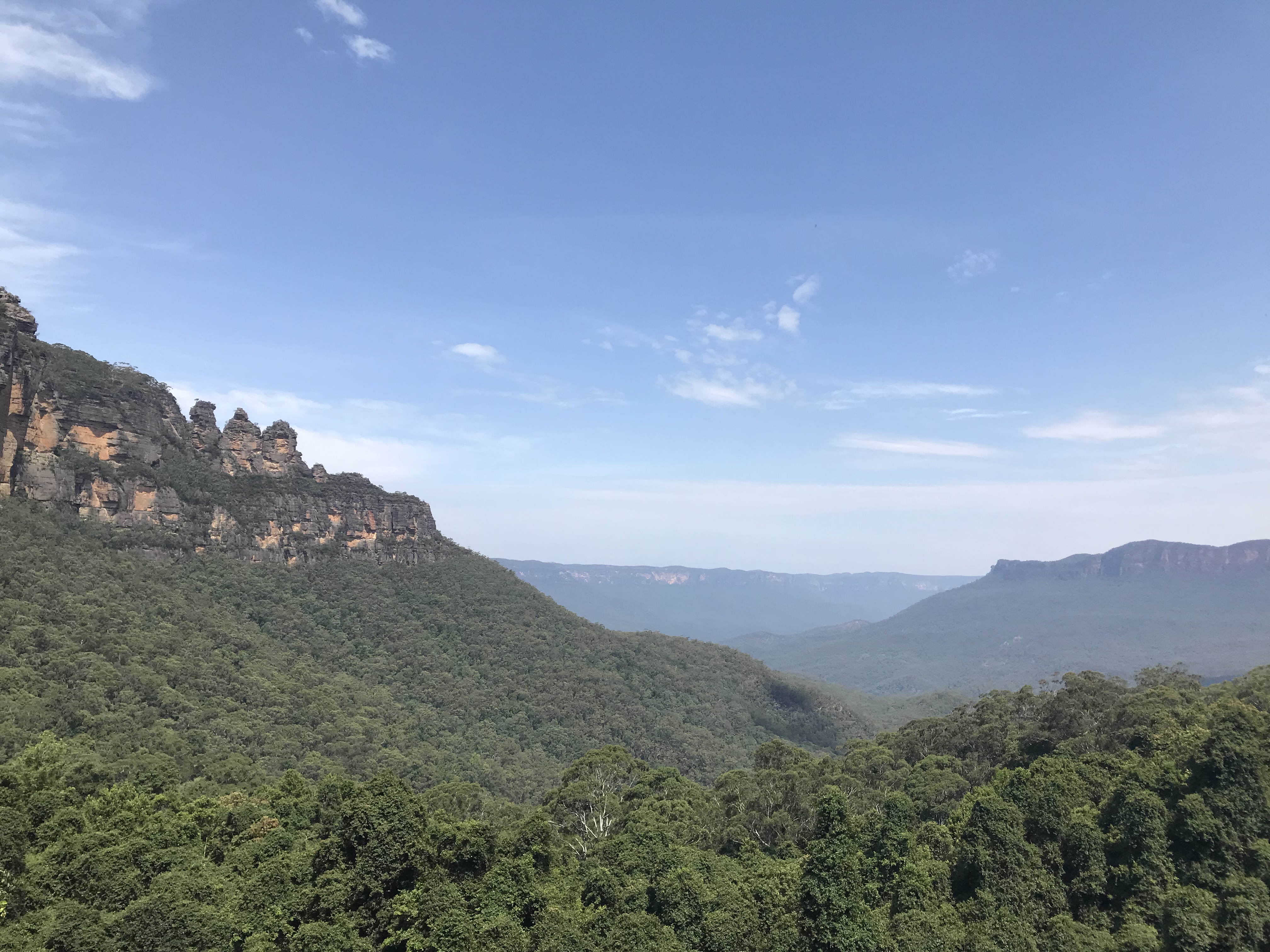 We went back on our feet to where we started from or Echo Point, from there we could see the Three Sisters, an unusual rock formation with a very romantic & a bit dramatic legend. 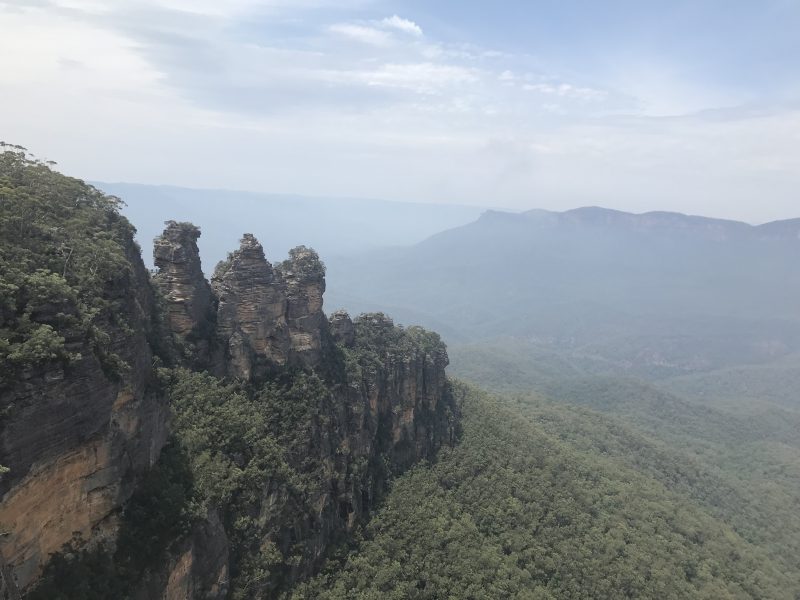 “In the village of Gundungurra there were three sisters who fell in love with three warriors from another tribe, the Dharruk. As they couldn’t get married because it was forbidden by the tribal law, the warrios decided to take them by force. The wise man or Kuradjuri, transformed the three sisters into stone with the intention to return them to their original state when the danger had passed, but he died during battle & no one was able to undo the spell”. 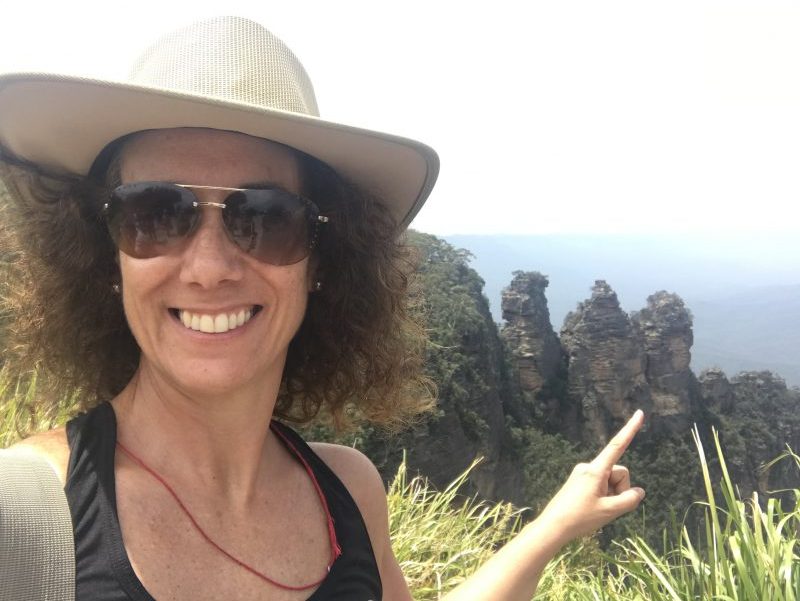 We took the left handside path & went to see them closer, going down the Giant Stairway, nothing but 900 steps, it was totally worth it, the Sisters are ever so nice! 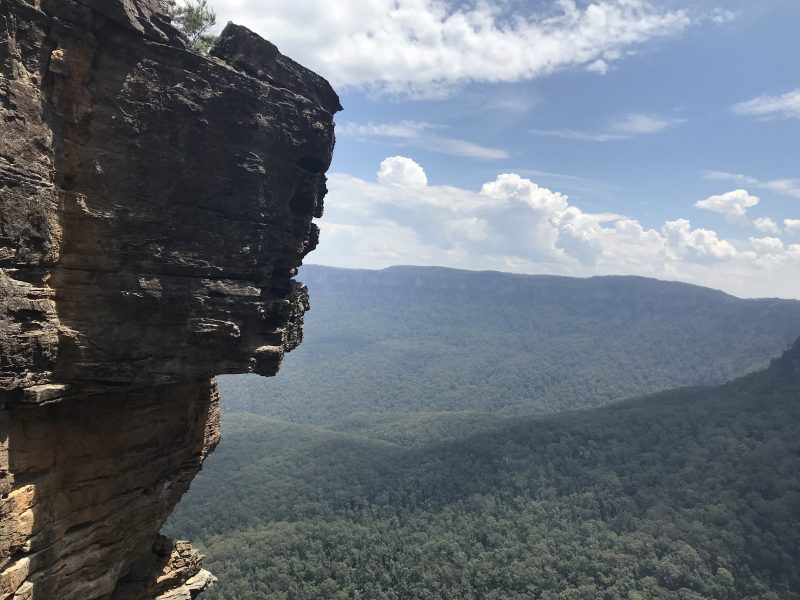 From there we could go back up or take another route. You’ll see that there are varios paths to go hiking. Ciaran took the steps back up & I decided to take another route which was going to take me to the scenic train & from there to the second bus stop. 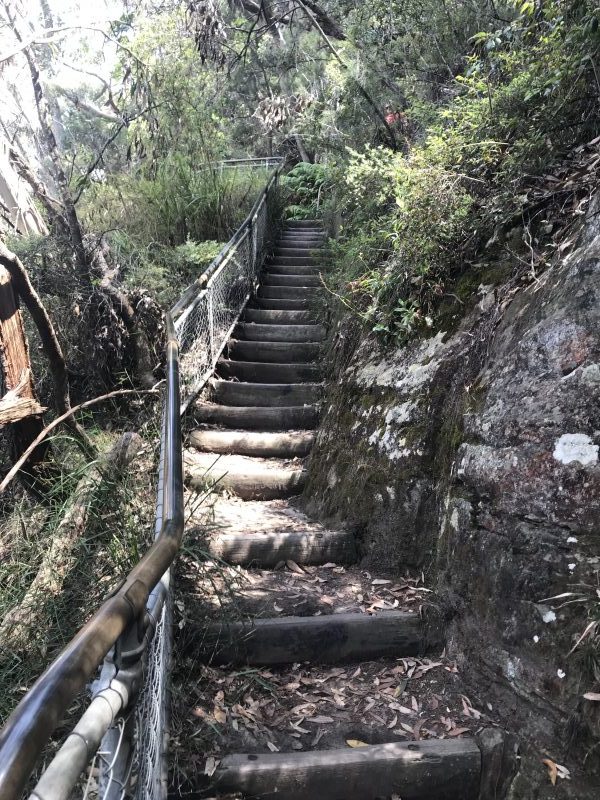 It was beautiful, I went through the forest, crossed a stream, I found myself surrounded by wonderful trees & plants, & no,  luckily I didn’t “meet” any snakes or angry spiders. 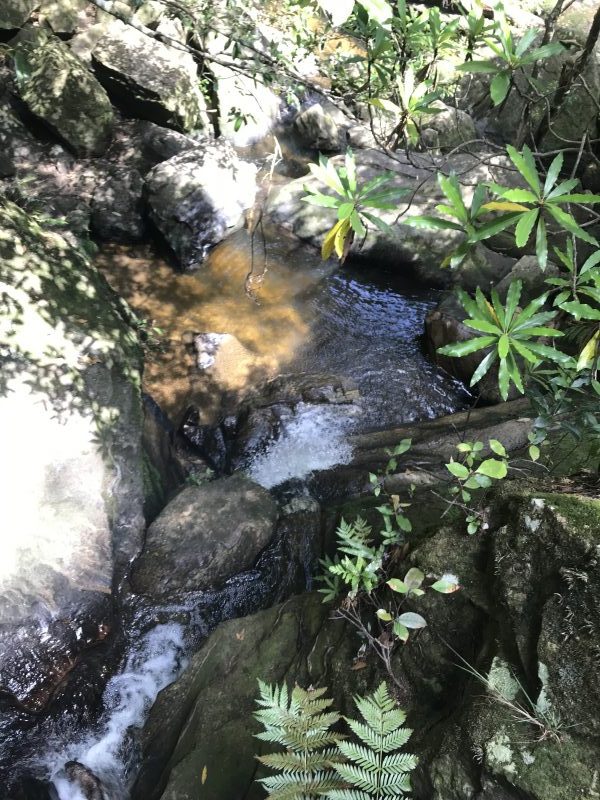 The last train to Scenic World leaves at 4:50 pm, I got there on time to take one of the last ones. There are three attractions on the mountains & you can buy a ticket which includes the three of them, I only took the train which would take me back to the bus, a train that rides backwards & upwards, yes, it is the steepest railway in the world, good fun!, you can’t miss it. 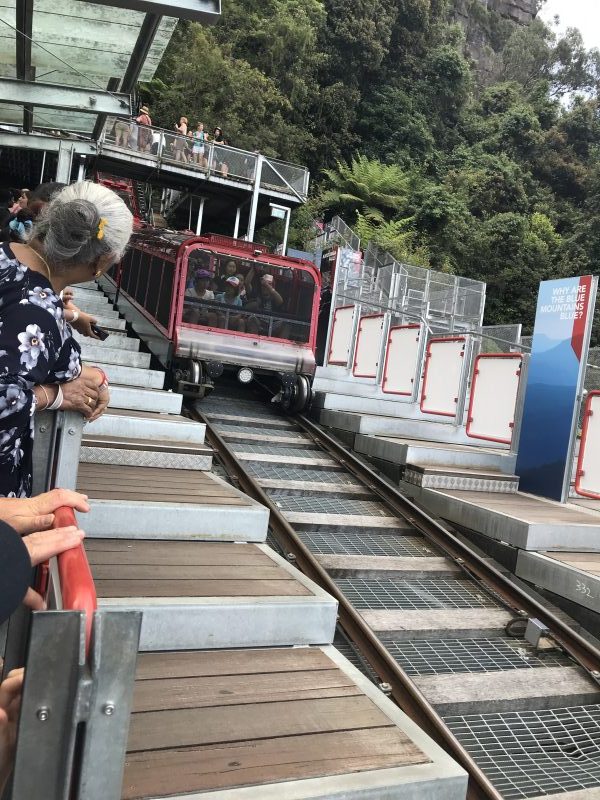 Once up there,  exiting the building there’s the bus number 686 which would take us back to the village. From there I took the train to Sydney, it was packed, but I was able to sit down & I spent the next two hours reading.

The book that occupied my mind in this ride was one by Jose Ovejero called “Women travelling alone” that is not yet translated into English.I thought it was quite appropriated for this trip. But no worries, I am still going to share with you a nice book, a classic, as you know I love the classics. This one is Moll Flanders by Daniel Defoe, which narrates the adventures of this girl born from a convicted mother, growing up to be an expert thief & a local legend. After a few marriages & affairs, destiny takes her to the New World where she becomes prosperous. A book about morality, where Moll’s plain language & her journalistic accuracy give the book that authenticity.

Moll could’ve probably been turned into stone had she met the wise man to stop her, but instead, she lived a full life. 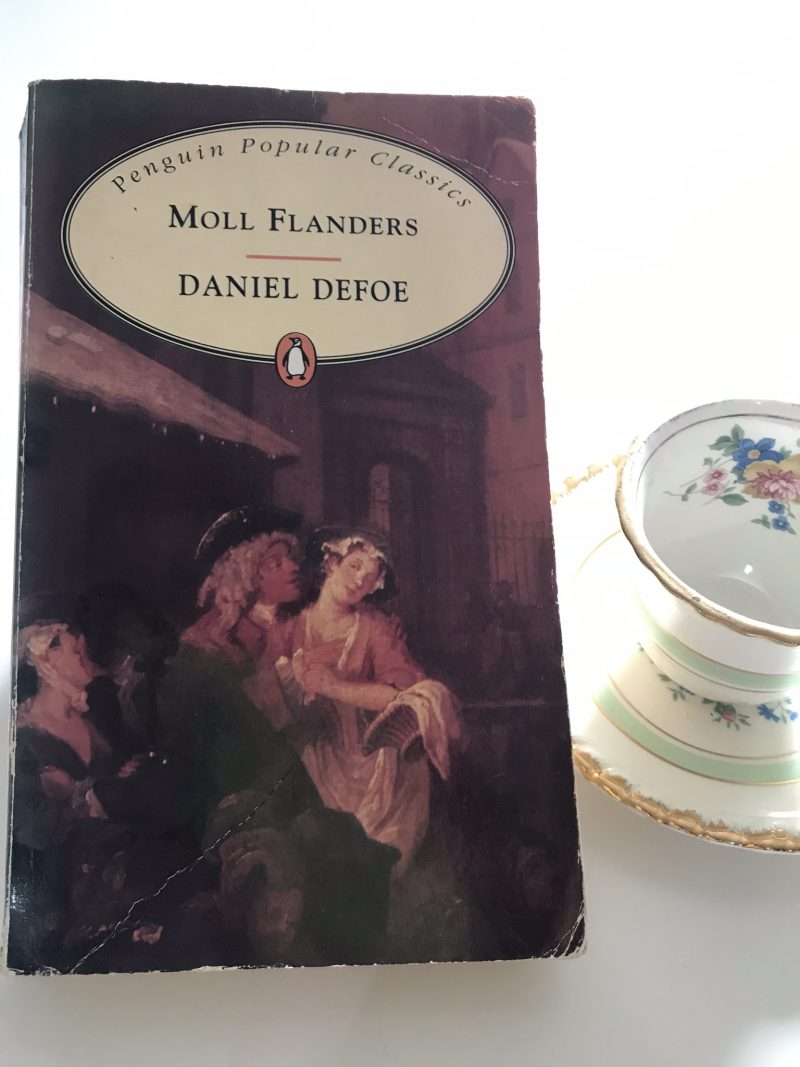