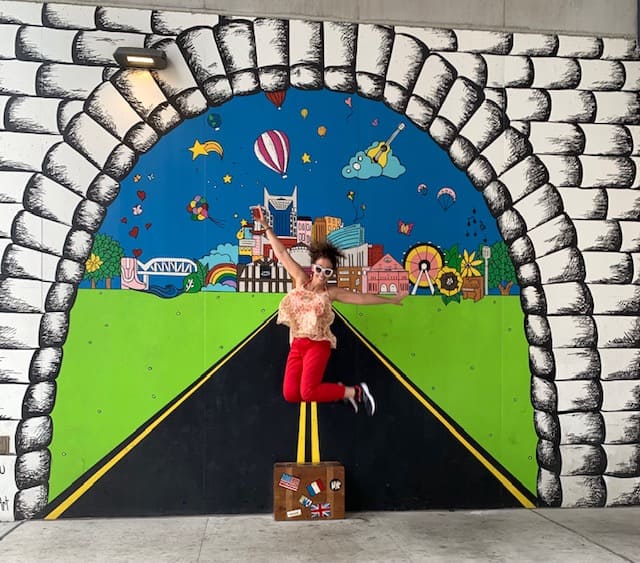 The small city of Nashville, the so-called city of music that I already told you about, is more than a few streets from which melodies and songs emanate and today, I am going to show it to you.

I go for an early walk in the morning and I first pass by the Hermitage hotel, it seems that during the pandemic they made some changes. After the success of their original Art Deco gent’s toilet, they created a lady’s toilet of the same style but in pink. I must say that it looks really nice. 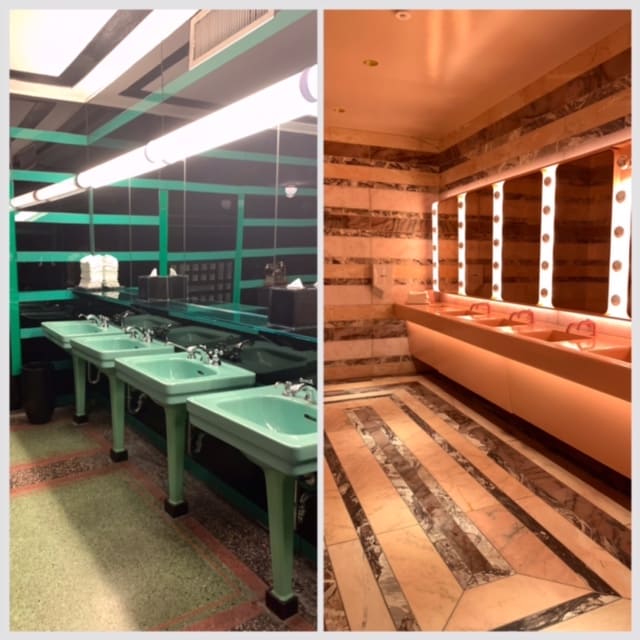 In 1911 the women’s suffrage league was formed, in 1914 the Nashville suffragettes organized a convention at the Hermitage Hotel marking a milestone for future meetings and making this hotel their headquarters for future meetings. 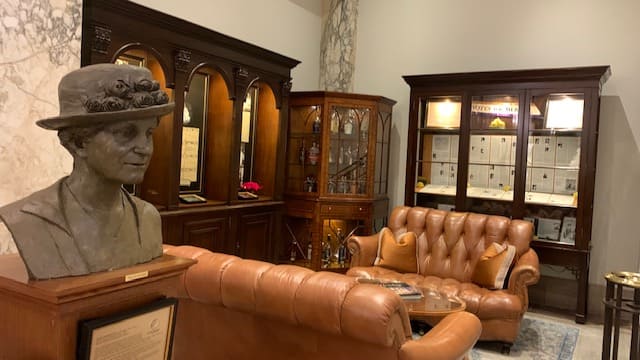 I continue and cross the popular Broadway street further from the river, where there is the beautiful Customs building and the first public school in Nashville that opened on February 26, 1855. 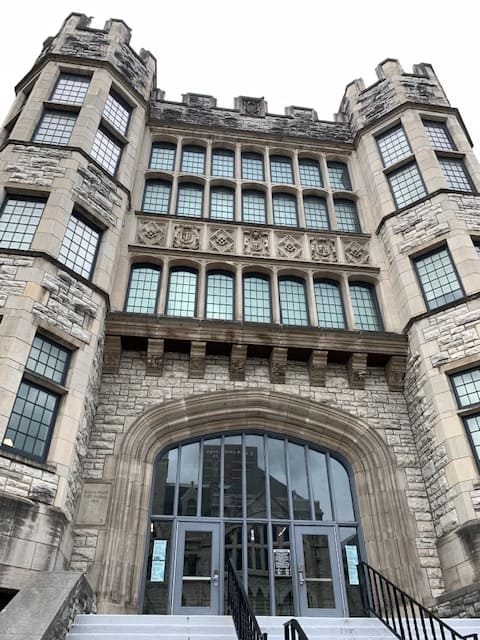 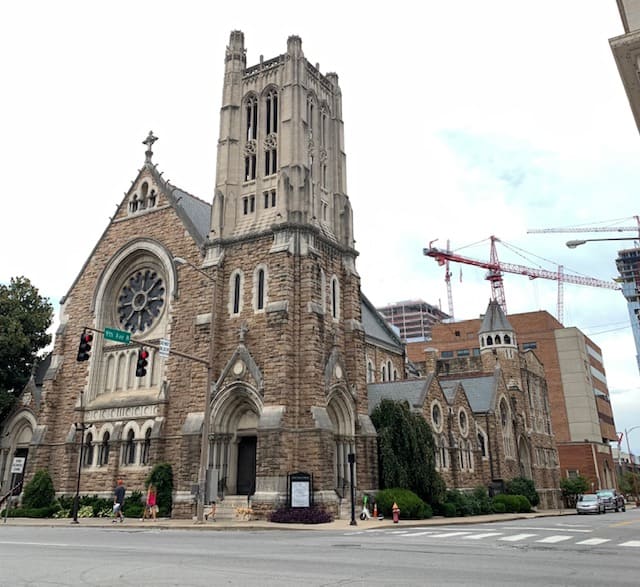 The Frist Art Museum and its voluminous art deco building 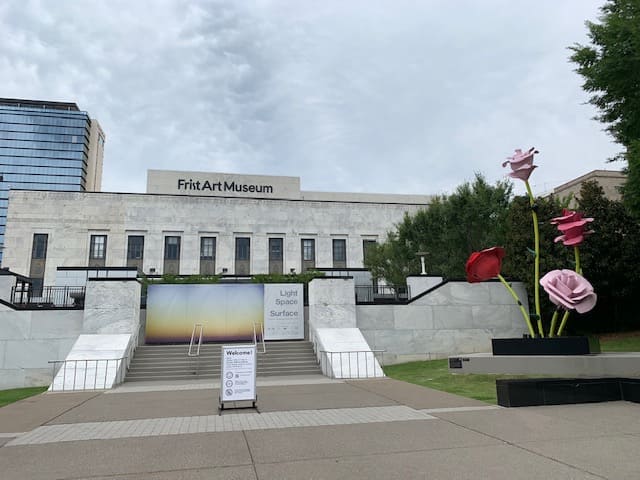 In the distance I see a clock in what looks like a bell tower, I approach thinking it is a church (as I was told later I am not the only one who believed it) but I see a sign that says Hotel Union Station, and I say to myself, a hotel? At a station? Yes Darlings, that’s right, is next to the tracks, and the lobby is beautiful, with high glazed ceilings, large arches and wooden stairs. 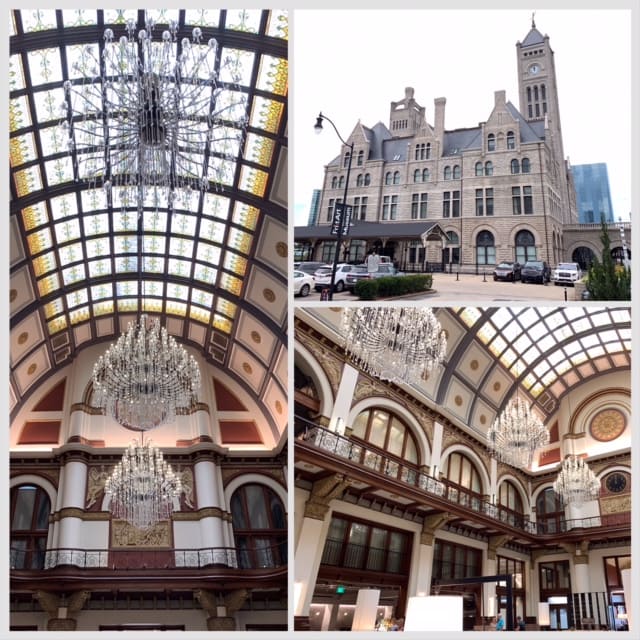 There are fun things in cities, murals that invite you to pose in front of them, and people queue for that. That’s what I did and this is the result of standing in front of the WhatLifts You Wings mural. 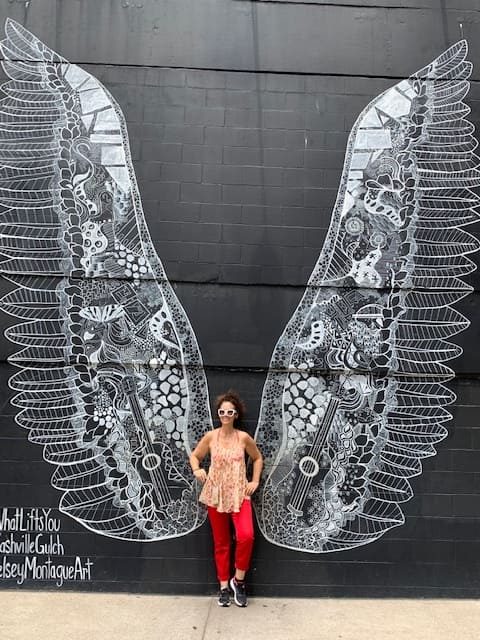 This city has many murals, some are very musical. 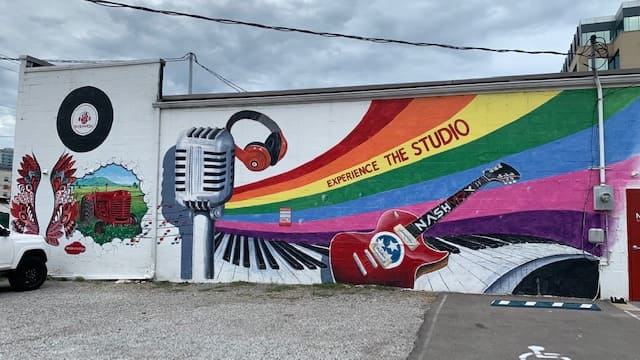 The so-called Athens of the South also has its own history like Fort Negley, a fort of the Civil War that one summer day I decided to visit. I must warn you that the Tennessee summer is very hot, and as Nashville is not very big you can walk everywhere as I did, I walked in search of the fort, I found the church of Scientology on my way and I ended up bordering a highway, wondering half melted if I had lost my mind. Luckily I wore my Australian hat to protect me from the sun and had enough water to drink. 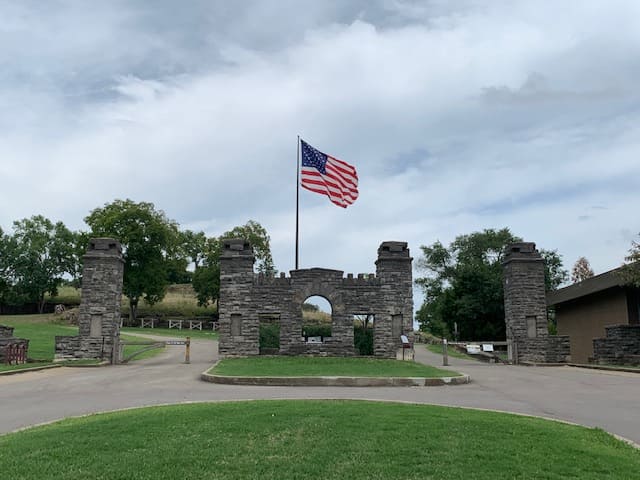 The entrance to the park that houses it is easy to find. The fort is on a hill, nothing much remains of it. The best part is the views of the city, the river and the Batman building. 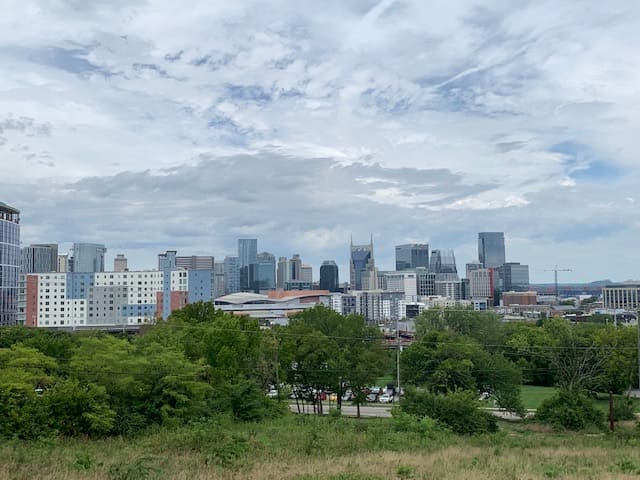 I keep walking and pass by the Live Nation show agency where there is a large guitar on its main façade and many maximized concert tickets decorating its back. 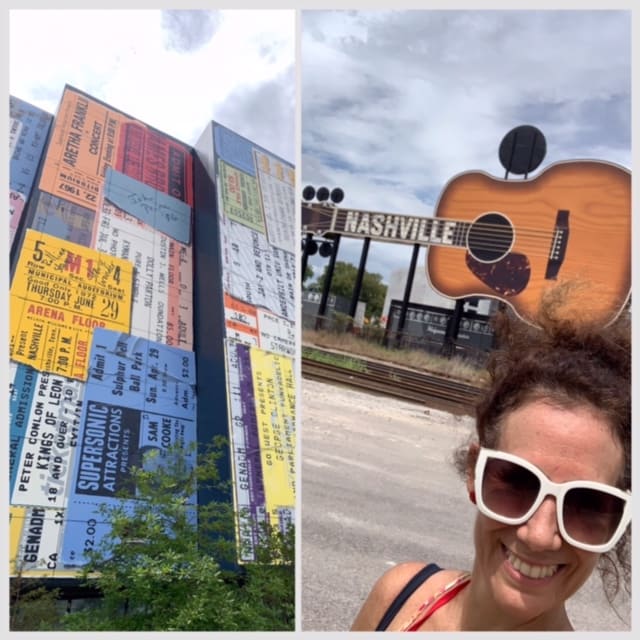 On the way to downtown I took 4th Avenue (under the sun) to visit the Nashville City Cemetery established in 1822. I love these ancient cemeteries where time stands still. 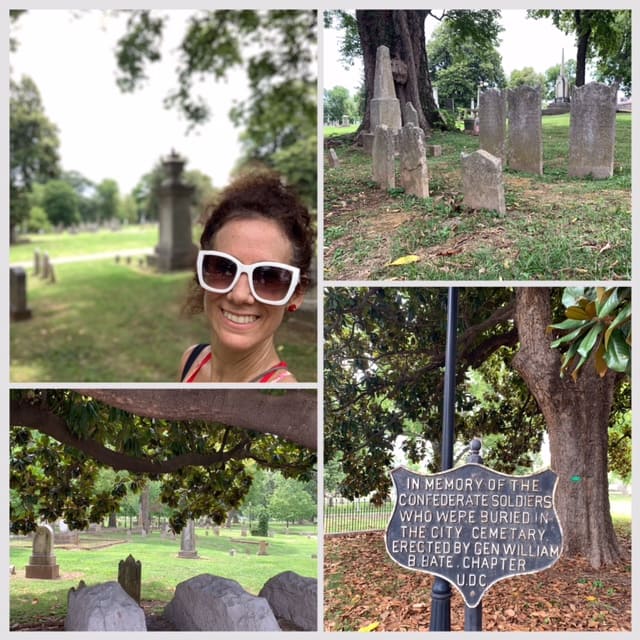 Arriving at the center I hear a strange noise, it sounds like cars at high speed, I see fences, I approach when suddenly at full speed several IndyCar cars pass (like those of Formula 1), it turns out that the Music City Grand Prix was being held and I came across it by pure chance, I stared, then I moved where I could see better. 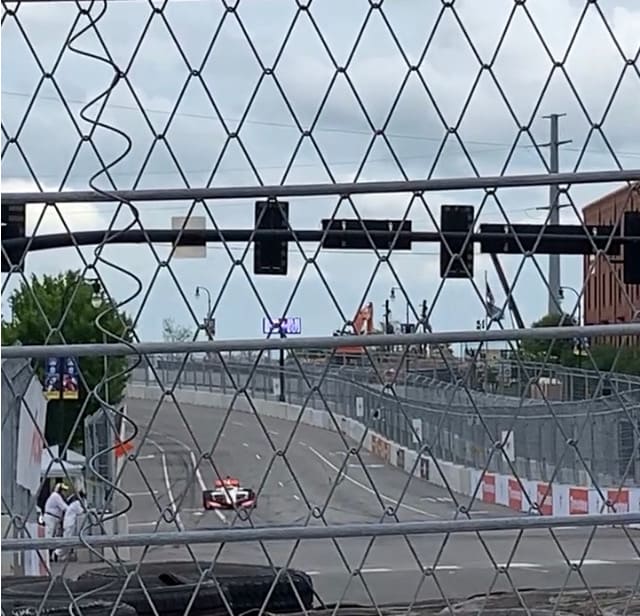 I love the buildings that overlook the river, they still maintain old signs of the businesses that were on this street. Now the vast majority are the backs of music and dance venues. 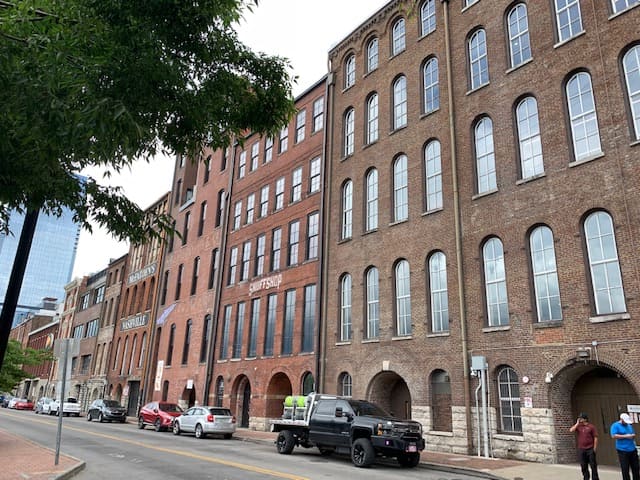 In front of them is Fort Nashborough that since 1779 was part of the first settlements that later became Nashville. 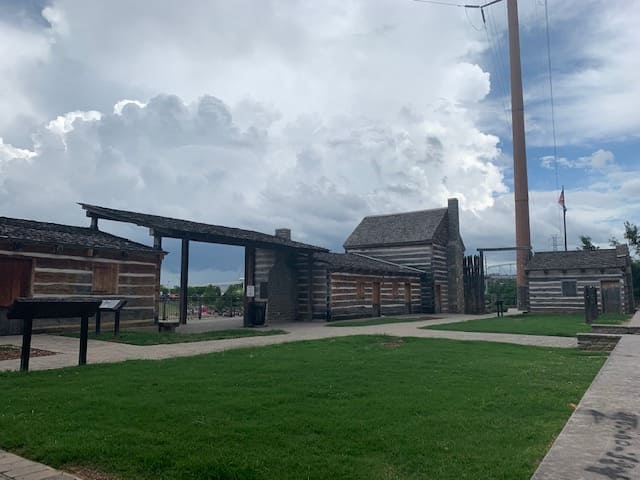 The cafes close early, what I did find open was Copper Branch, where they serve vegan food, the smoothie I tried was delicious, good size like everything in this country, and I opted for a vegan burger.

Today I am going to talk about a book I read many years ago. I had a very important English test and it was one of the suggested novels. I passed and “Bel Canto” by Ann Patchet was key to it. On one of my visits to Nashville I noticed that the most important independent bookstore in the place called “Parnassus books” is run by Ann, the author of this book.

The story begins during a birthday celebration in a Spanish-speaking country. A group of opera lovers go to admire a great world-famous singer when suddenly, a group of rebels capture them. The mission was to kidnap the president of the nation, who had decided to stay at home that day. In a review I once read something that I think this narrative represents “Bel Canto is a melodic story of an extreme case of Stockholm syndrome. It is an elegant and meaningful exposition of kidnapping, but also of love.” 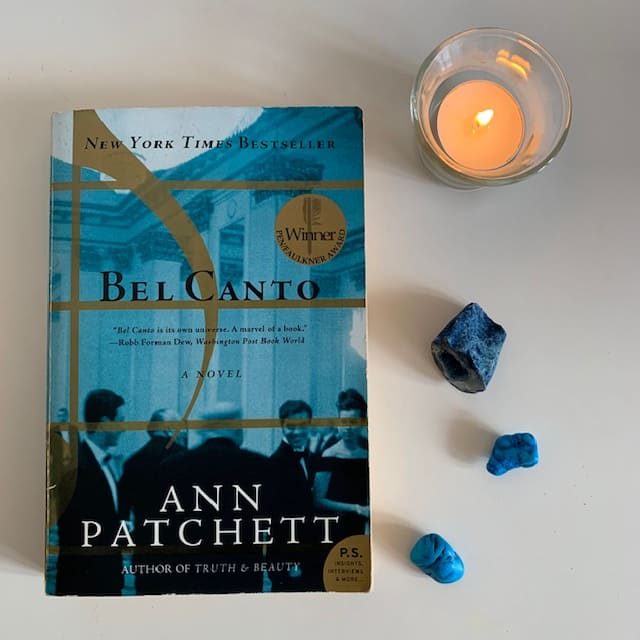