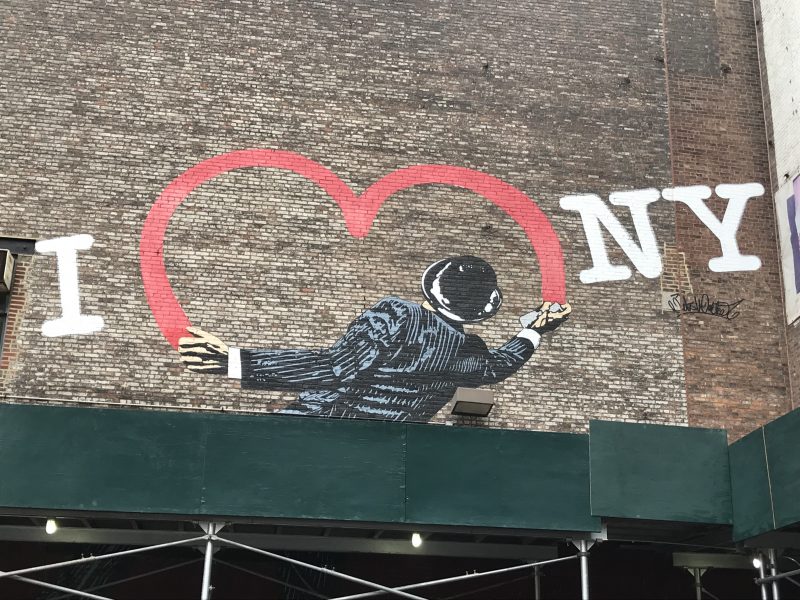 One day I arrived in NYC on the 11th of September, day our generation will always remember. In the morning I wanted to go to pay my respects to the Ground 0.

My travel companion Peter & I took the metro heading south & entered the area called Financial District, place where the famous Twin Towers used to be, nowadays converted into two fountains with the names of all the people who left us that day carved in them. 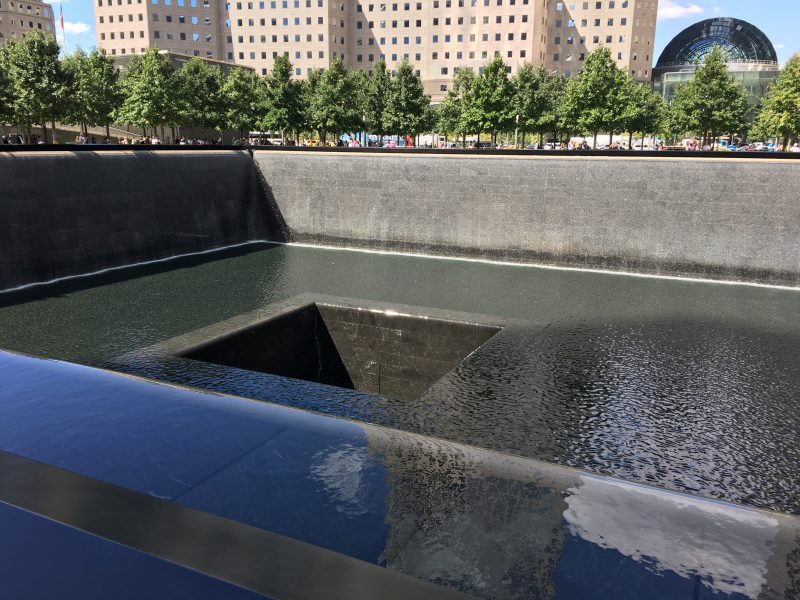 It is very emotional to be there, at least it is how we both felt, we had to stop in front of the list of the crew of those flights. 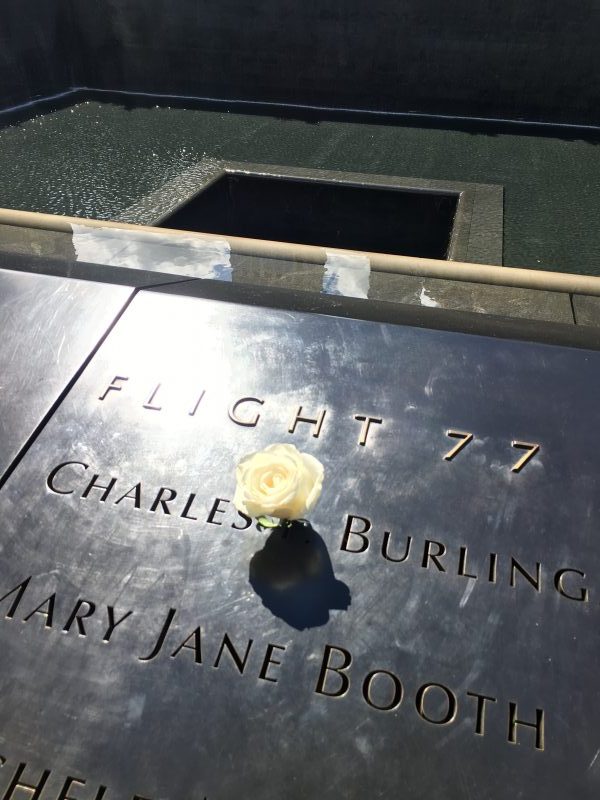 Near the fountains there’s the 9/11museum, very emotional too as it is underground in the exact place the towers were. Every Tuesday in the evening is free, at five you queue for the tickets to start the visit at seven. 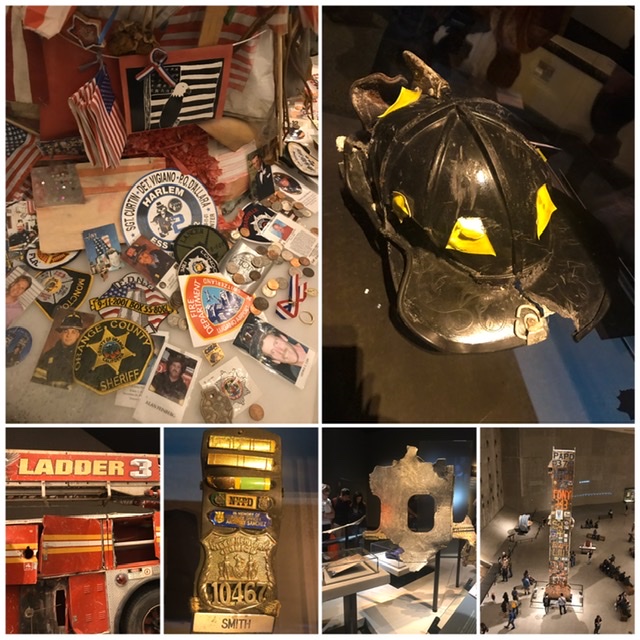 In front of it they have raised the first of the two towers they plan to build, they call it the Freedom Tower, it’s part of the same corporation, World Trade Center. 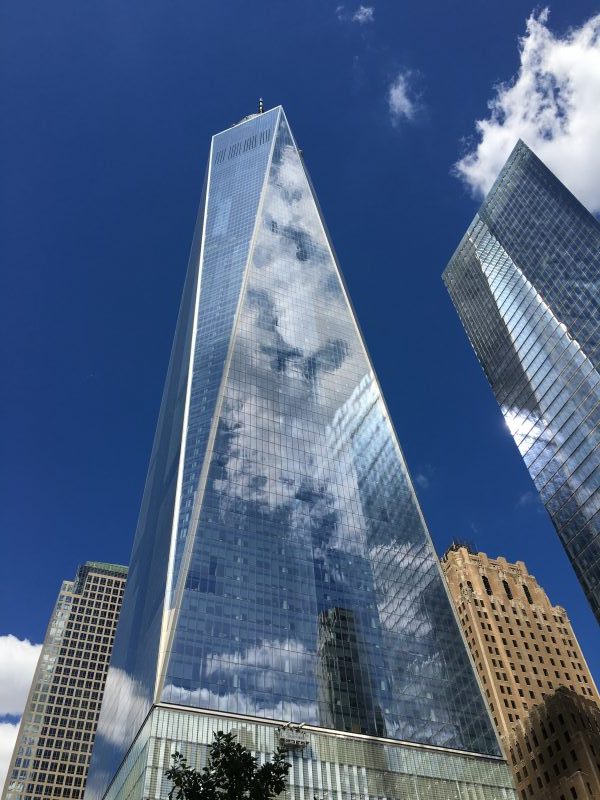 You won’t be able to miss the most expensive metro station in the world designed by Santiago Calatrava, which represents a big dove about to fly away. 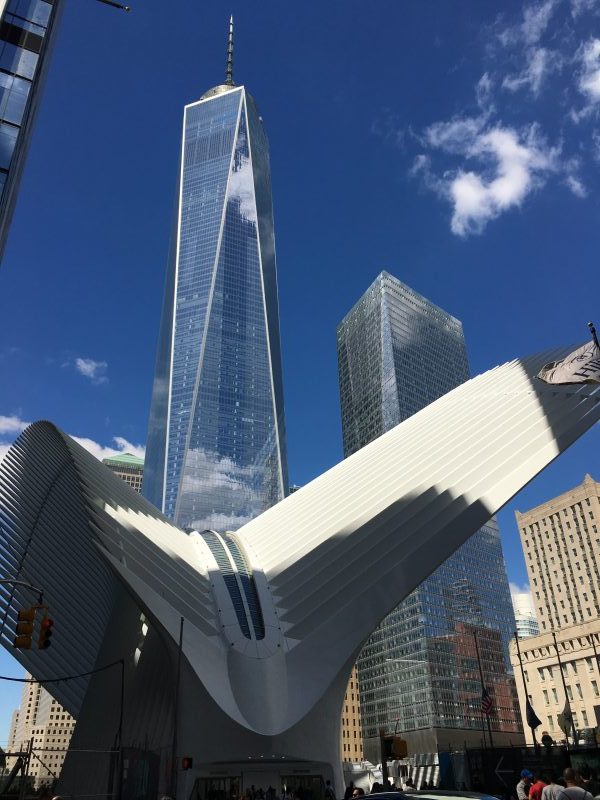 Walking towards the west & strolling along the Hudson River heading south, we arrived at the ferry which was going to take us to Staten Island for free, yes for free. They might try to sell you tickets in the streets, just ignore them. Jump on the ferry as we did & if you wonder where you’ll have the best views, the secret is from the back of the boat, where you’ll take the best pictures of the skyline. Upon arrival just get off & come back on the next boat back to Manhattan, & that’s it! Easy. 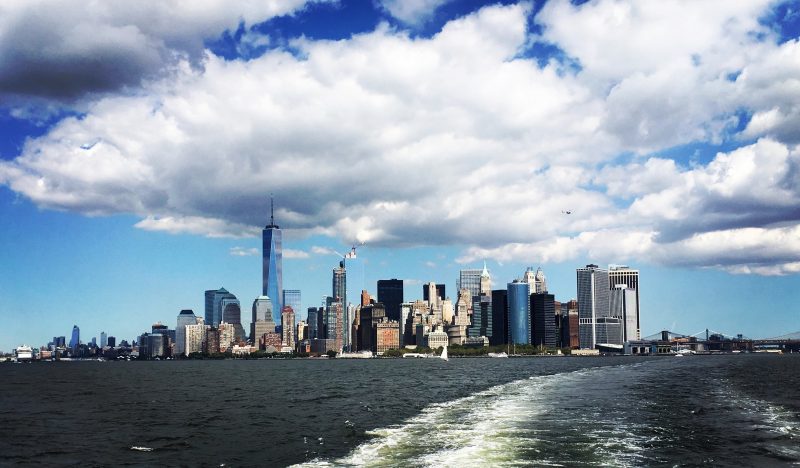 On the way to the island our friend the Statue of Liberty will appear at your right. 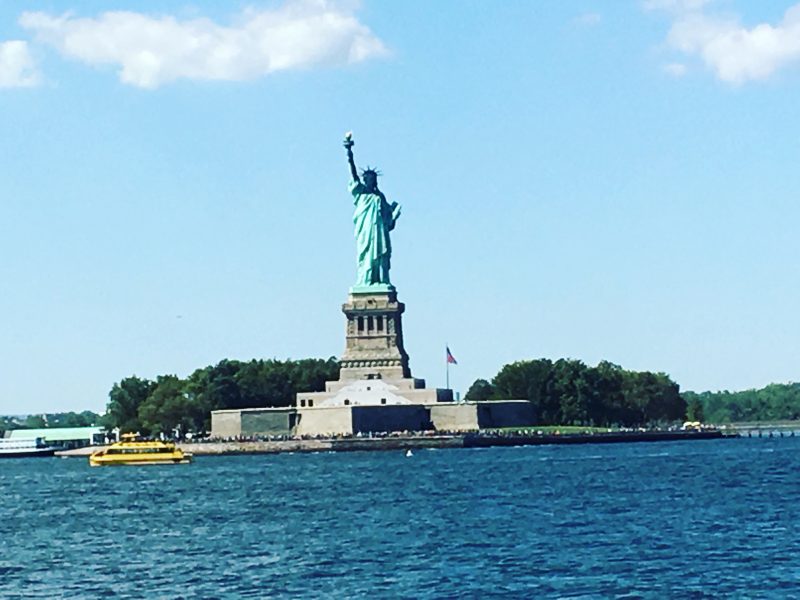 Back to the port & to the Financial District I suggest visiting the famous Wall Street, the heart of it. Its name comes from a wall the Dutch built in 1652 to protect New Amsterdam from the attack of the Lenape Indians & the settlers of New England. You will also find the popular Arturo di Modica Charching Bull & the queue to touch its already golden balls. I’d personally rather admire the impressive stock market building with Peter. 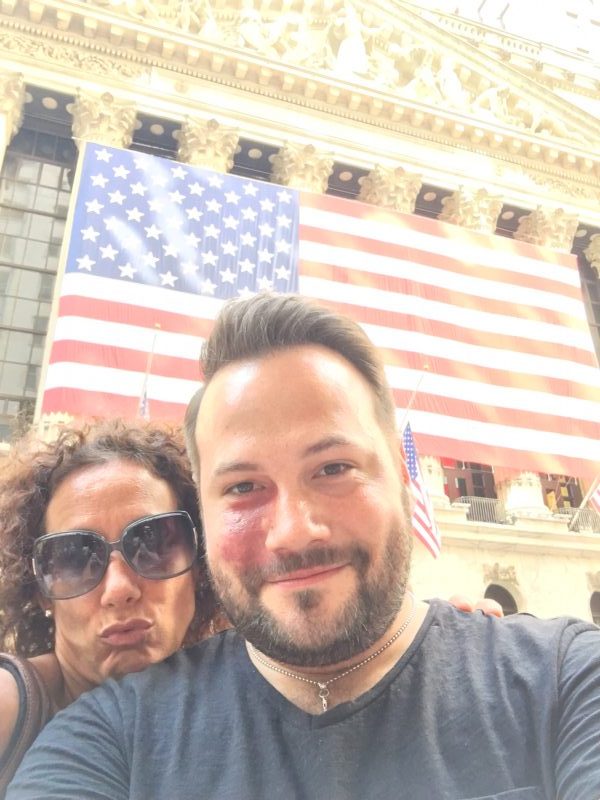 On our way back, not far from there is Chinatown, a very picturesque neighbourhood full of Chinese shops & restaurants. Canat St is the most famous street in the area, the “kingdom of the fakes” par excellence. A few years ago I went with a friend & as they can’t have the goods outside, they took us through secret passages & rooms full of them, it was all very cinematic, we looked like little crooks. 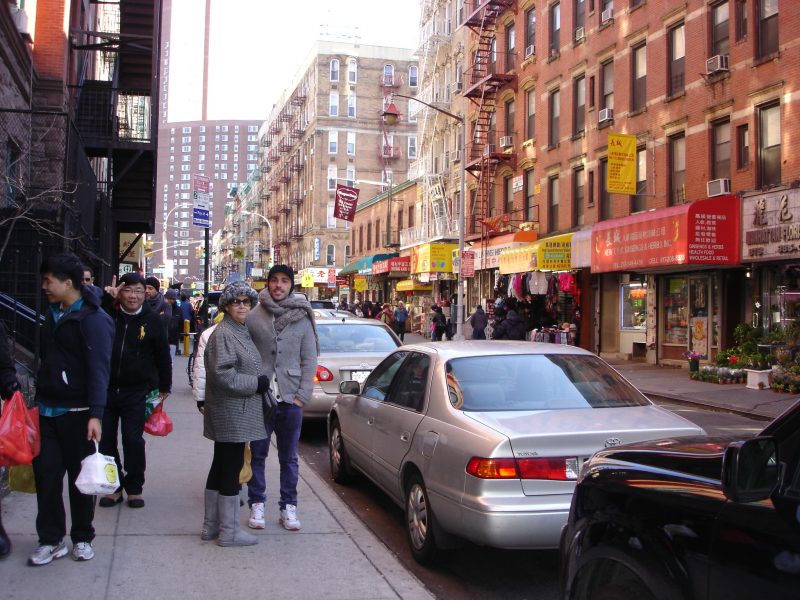 Near Chinatown is Little Italy, & yes as you’ve guessed there are plenty of Italian restaurants & heaps of trendy shops, although I was expecting to find Robert de Niro in a scene of “The Godfather” I must say.

The following morning I went to the East River bank to watch the sunrise. 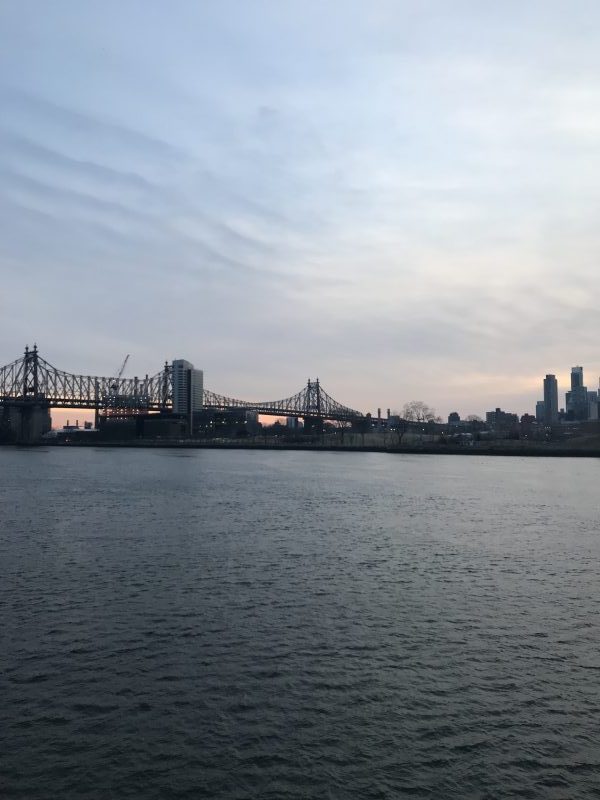 On my way there I walked pass two of the many murals of the Brazilian artist Kobra that decorate the city. One represents a firefighter that came to rescue on the fateful day of 9/11. The artist changed his number on the helmet for the number of firefighters who lost their lives that day. 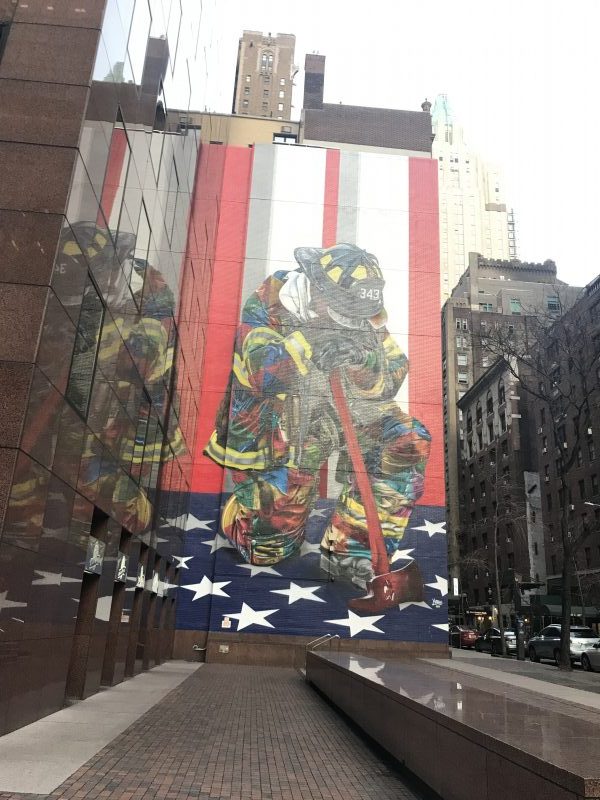 The other mural is on the other side of the façade, I find it very ingenious & funny. It represents Einstein & its formula peace = square love. There are both on 49 St with 3rd Av. 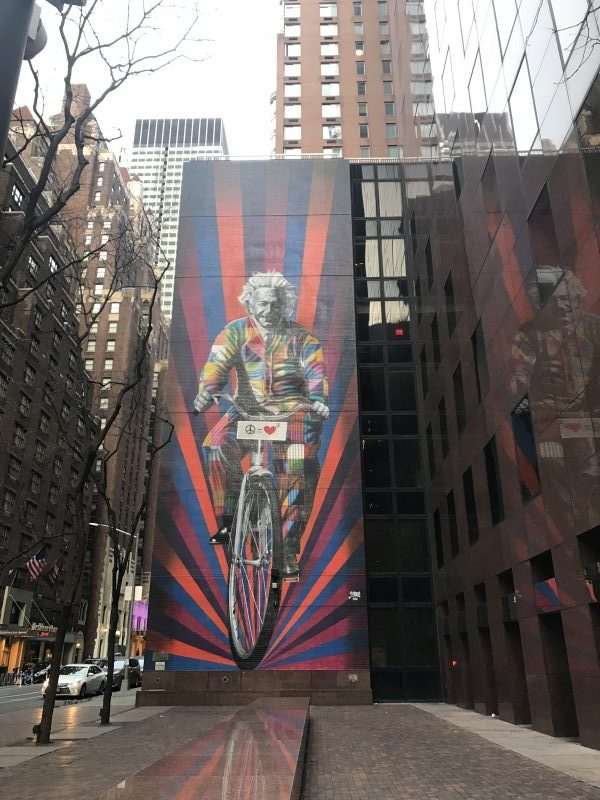 Thanks to a hashtag on Instagram I came across “The orphan train” by Christina Baker Kline, a thrilling novel that tells us about the life of this Irish girl who lives in New York, when losing all her family she is taken by train to the Mid-West along with other orphans, in order to be adopted. In every stop some children get off to join their new families. Vivian, who’s now 91 is the link between the story of her life & Molly, with whom she shares it while Molly does some community service in the house. Molly is an Indian who’s spent her childhood going from one foster home to another; she finds plenty of parallelisms between her life & the life Vivian lived that are going to change her world. These trains actually existed between 1854 & 1929 & they are now part of the excellent book that I am sure you will enjoy & won’t be able to put down. 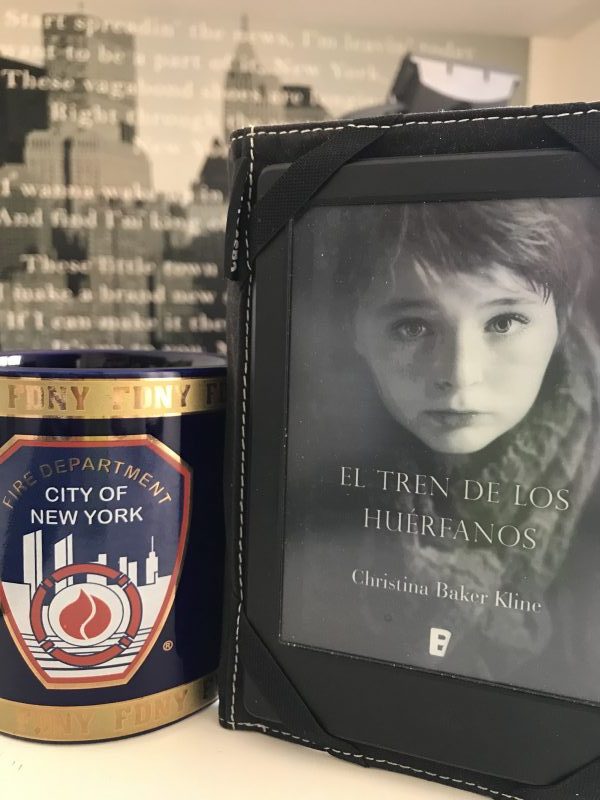