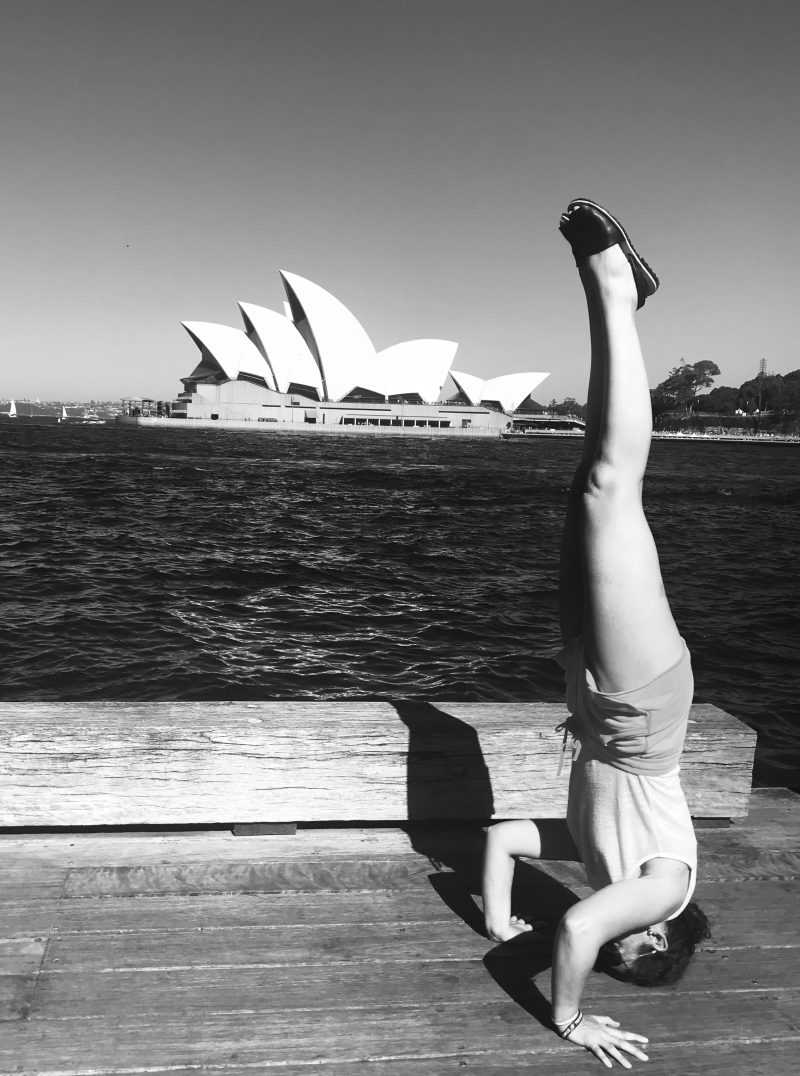 As I was telling you, after recharging batteries, in the first day of the year I walked to Milsons Point, where I got amazed by the view I found, the Opera House and the Bridge all together in one “photo” & so close to my home! I was so happy that I got into the “warrior” pose. 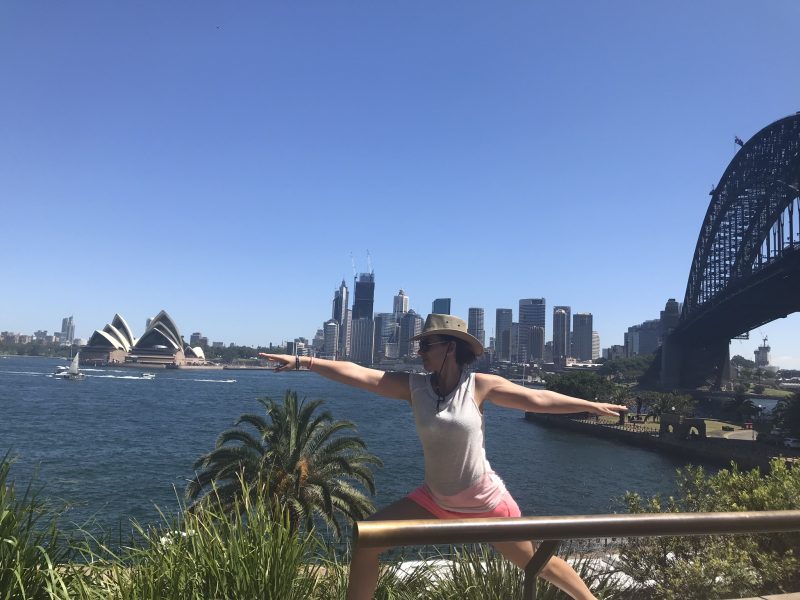 Next to Milsons Point train station are the big steps that lead to one of the most famous bridges in the world, aka “The Coathanger” because of its shape.  It was opened in 1932 &  is only 1.149 km long ,so totally walkable. 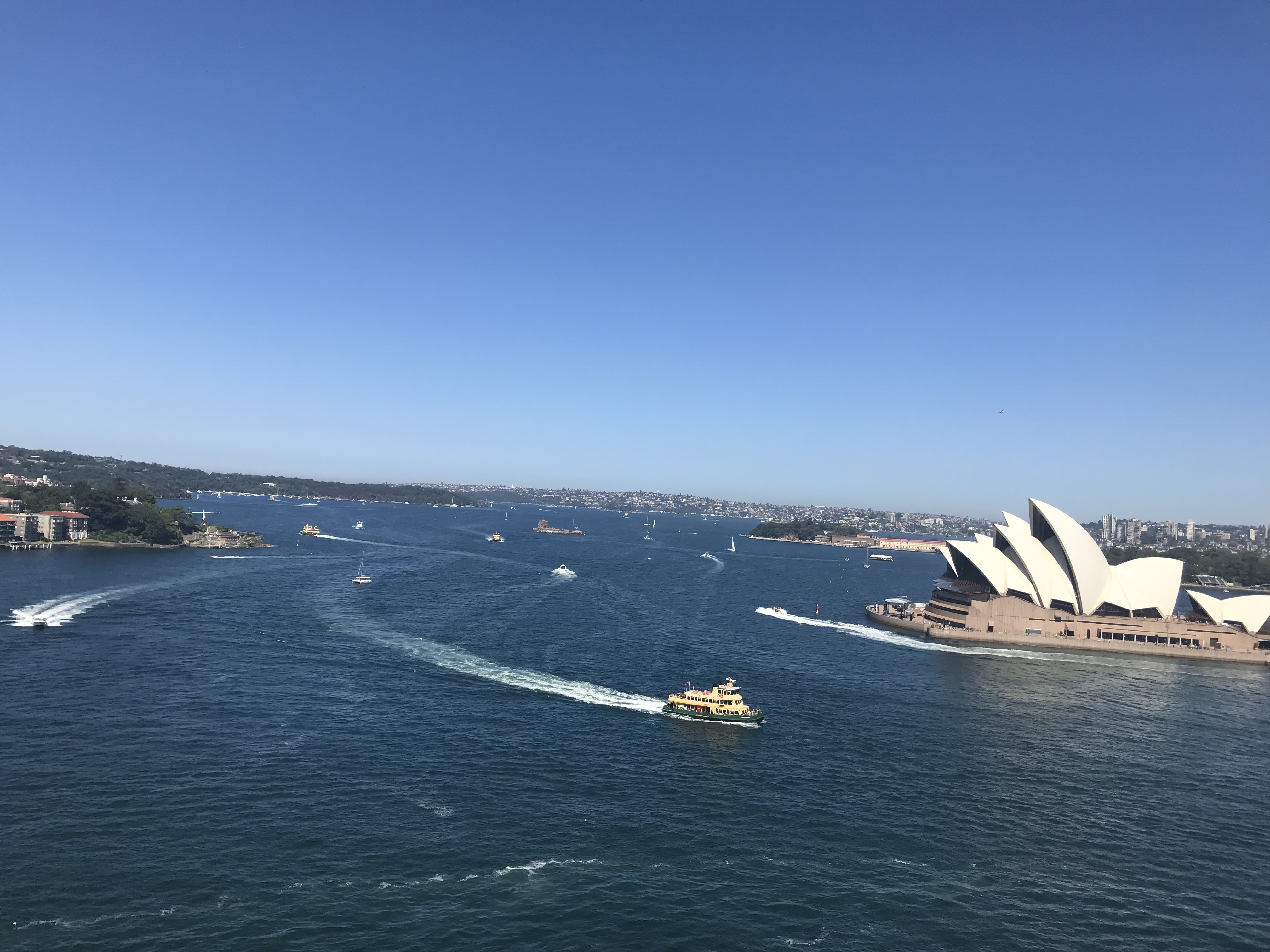 Oh, one piece of advice! If you go, wear a hat, this part of the world is closer to the sun hence it’s so strong. I was glad I had bought an Aussie one with brim the day I got here so, well equipped & covered with sun block I crossed the bridge admiring the wonderful view & many boats coming & going. 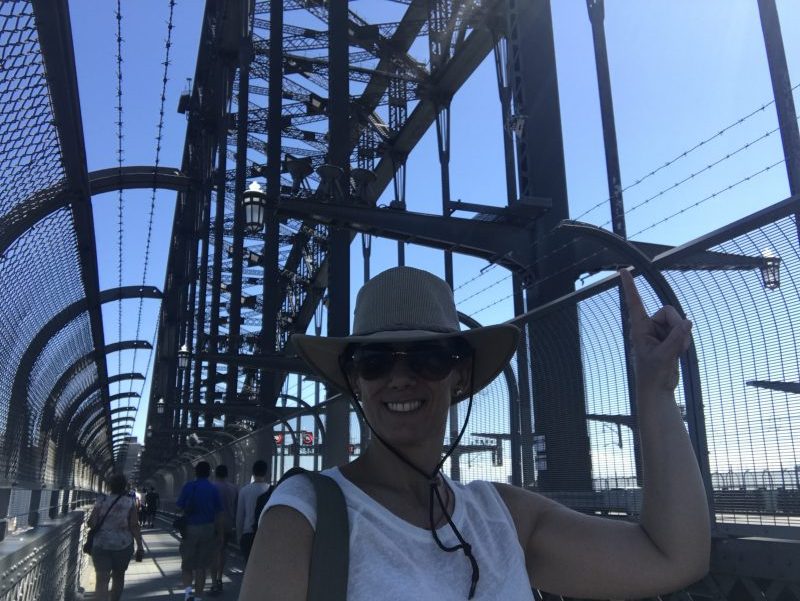 In the other side of the bridge, to your right, there is Barangaroo Reserve. To get to it I went through some streets of the colonial neighbourhood The Rocks, where convicts sent from the overcrowded European prisons lived two hundred years ago. 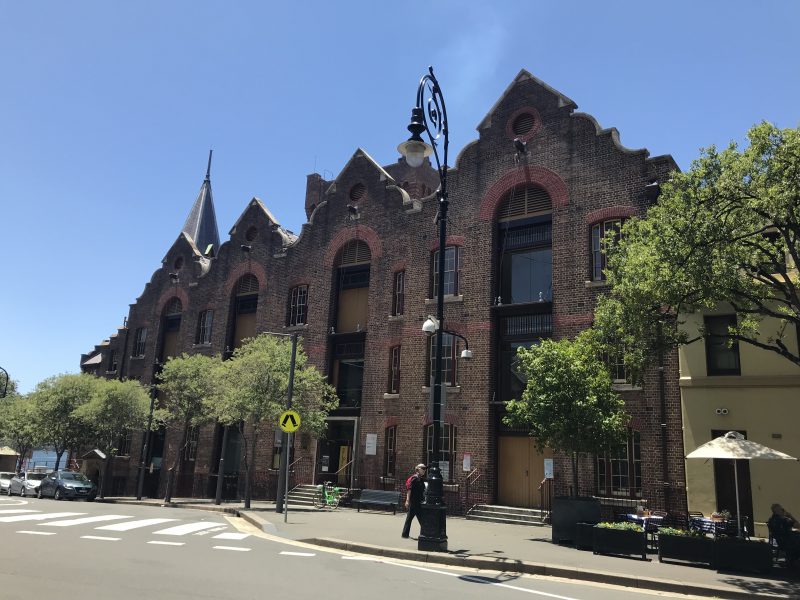 There’s a small museum in one of its pebbled streets called The Rocks Discovery Museum that I recommend if you are interested in knowing a bit more about the place. 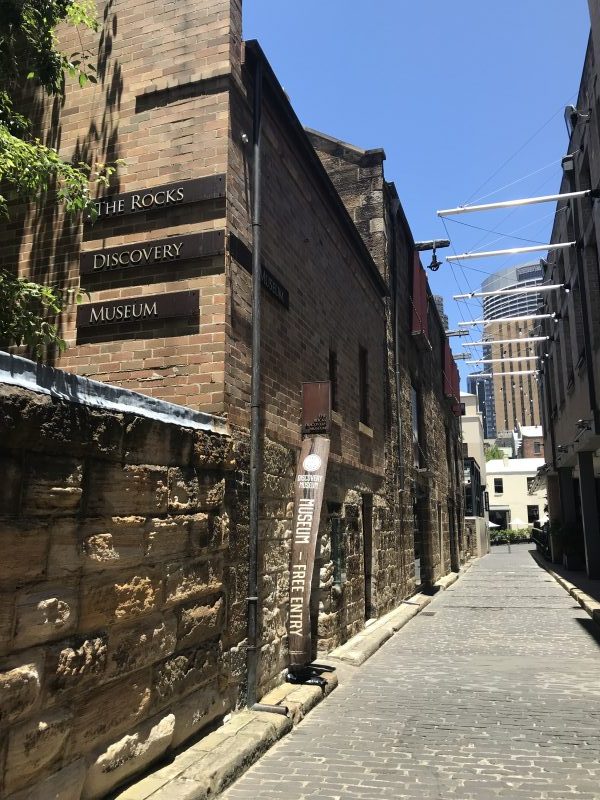 These days the area is very colourful, with its pebble streets, colonial houses, old hotels & pubs. Every Friday from 9am to 6pm we can also enjoy a Foodie Market there. 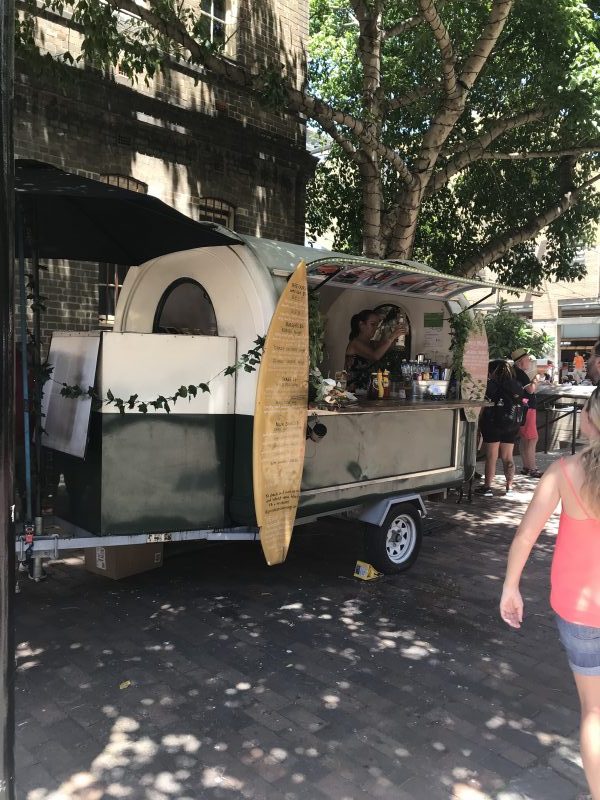 Next to The Rocks is Dawes Point, a residential area with many of the typical colonial homes. The neighbouring area is Millers Point also full on colonial charm. 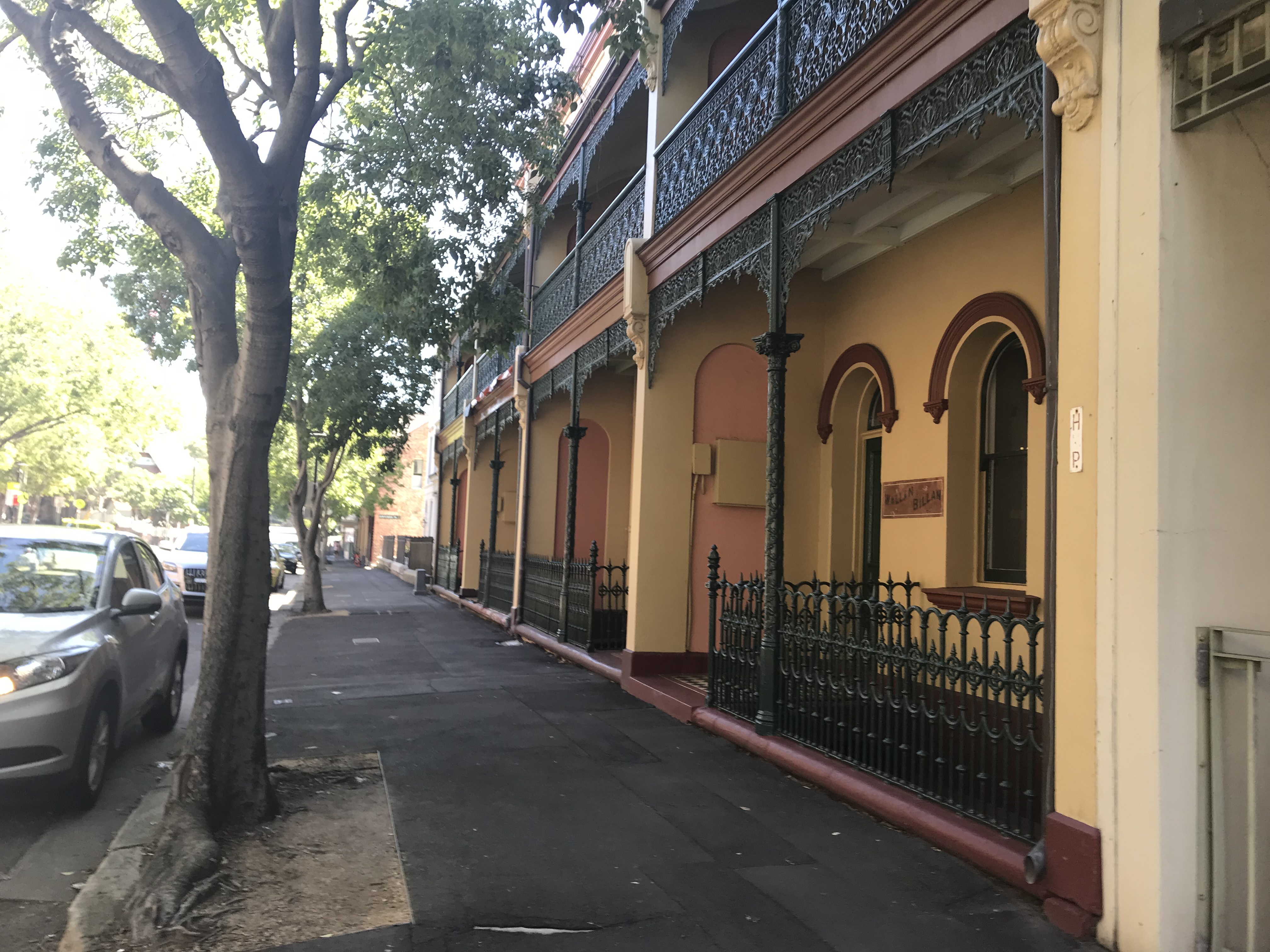 I felt I was in the city Drover and Mrs. Ashley drive the cattle into in the movie “Australia “. From there I arrived to my destination, the park of the Barangaroo Reserve which was built to reconvert the old industrial area near the harbour. The reserve is rich in aboriginal heritage. This was the land where the Cadigal people, first inhabitants of Sydney, used to fish & hunt. 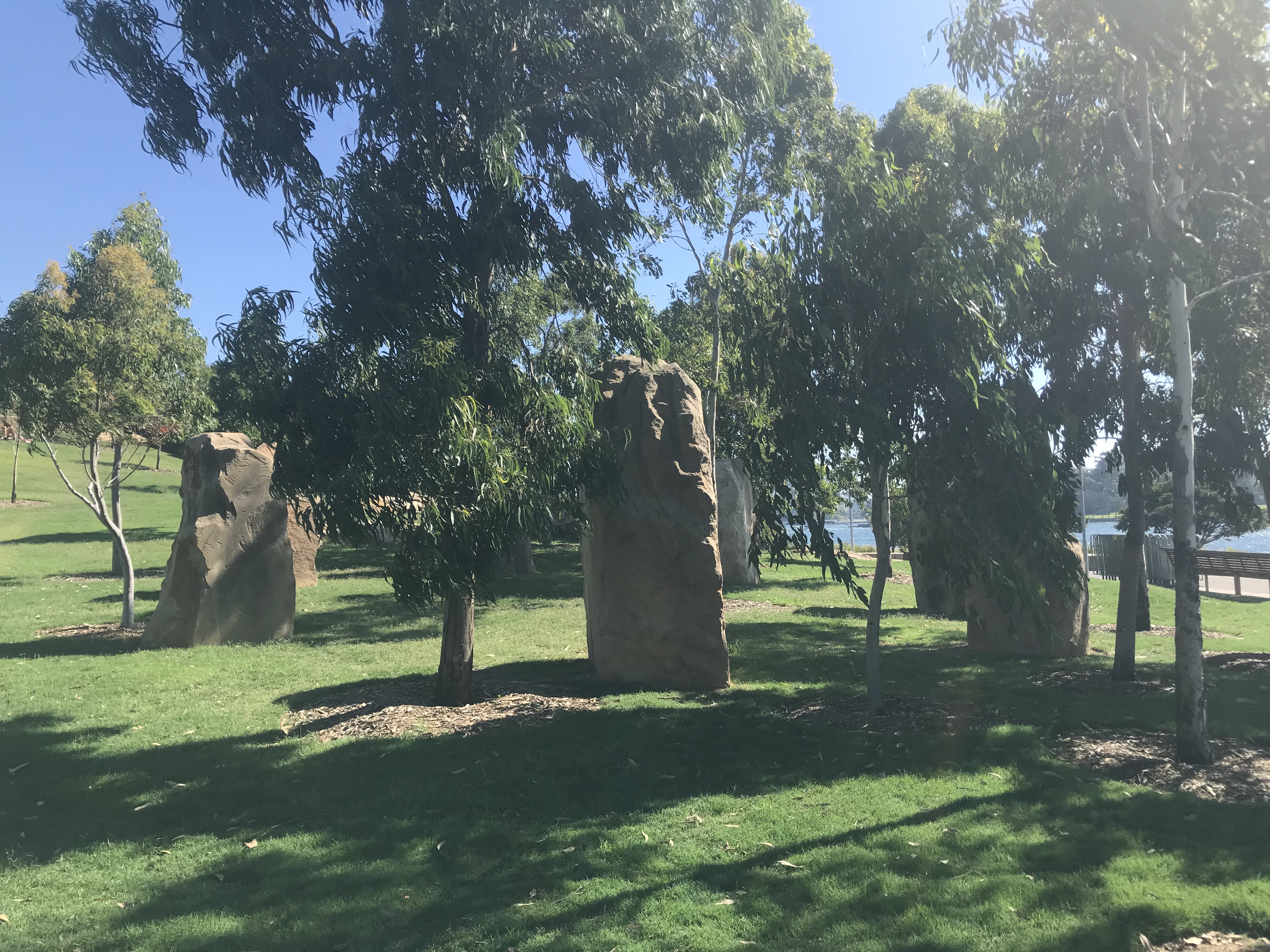 I went for a walk in the reserve till I got to the bridge, the opposite site to Milson Point, where I had started from. 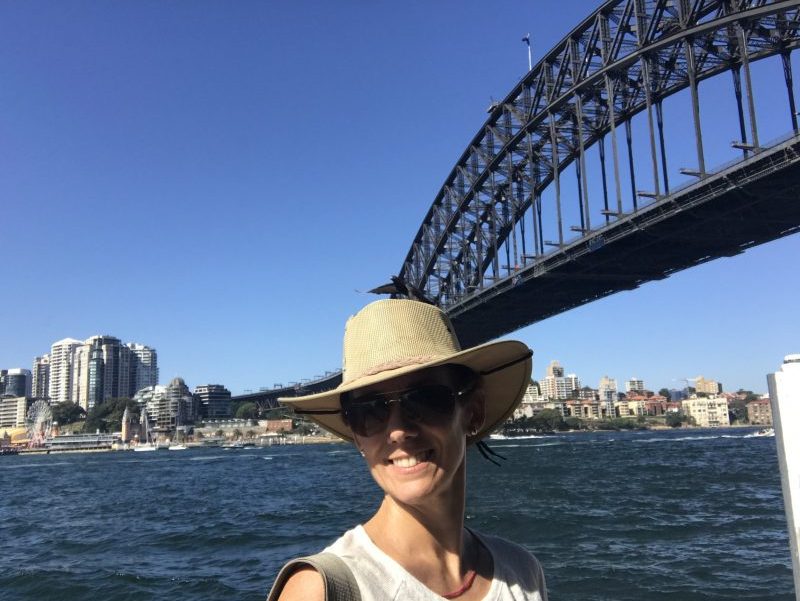 From there I decided to walk back home crossing the bridge. It was getting dark & I was hungry so I decided to get a pad Thai in Stir Crazy, a nice Thai restaurant in Kirribilli. The sun was setting & I told myself, the Thai can wait, so I headed down to Milsons Point to watch the sky go darker & the city go brighter.

I have taken many photos of this bit of the bay, from different angles, & I could carry on taking a million more.

There I was, strolling around & enjoying the view so much when I realized that Luna Park amusement park was just a few meters away, all illuminated. 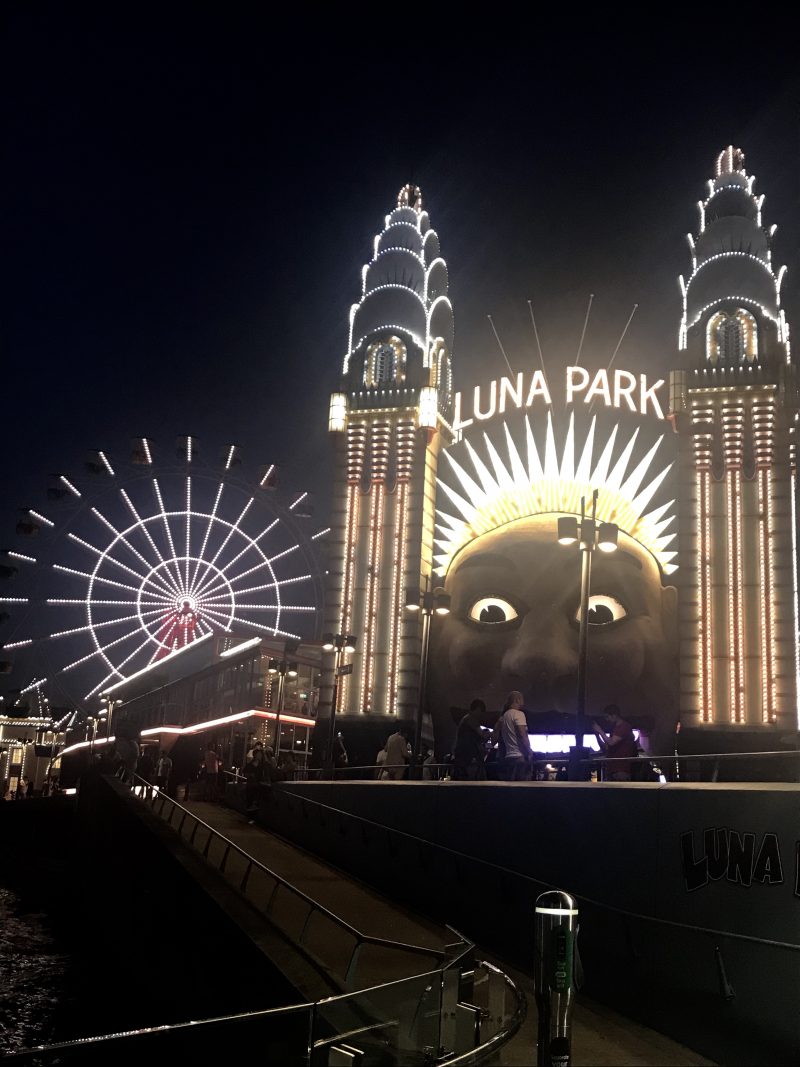 The park was built in 1935 & is part of the country’s heritage, it is also one of the two parks in the world regulated by legislation. 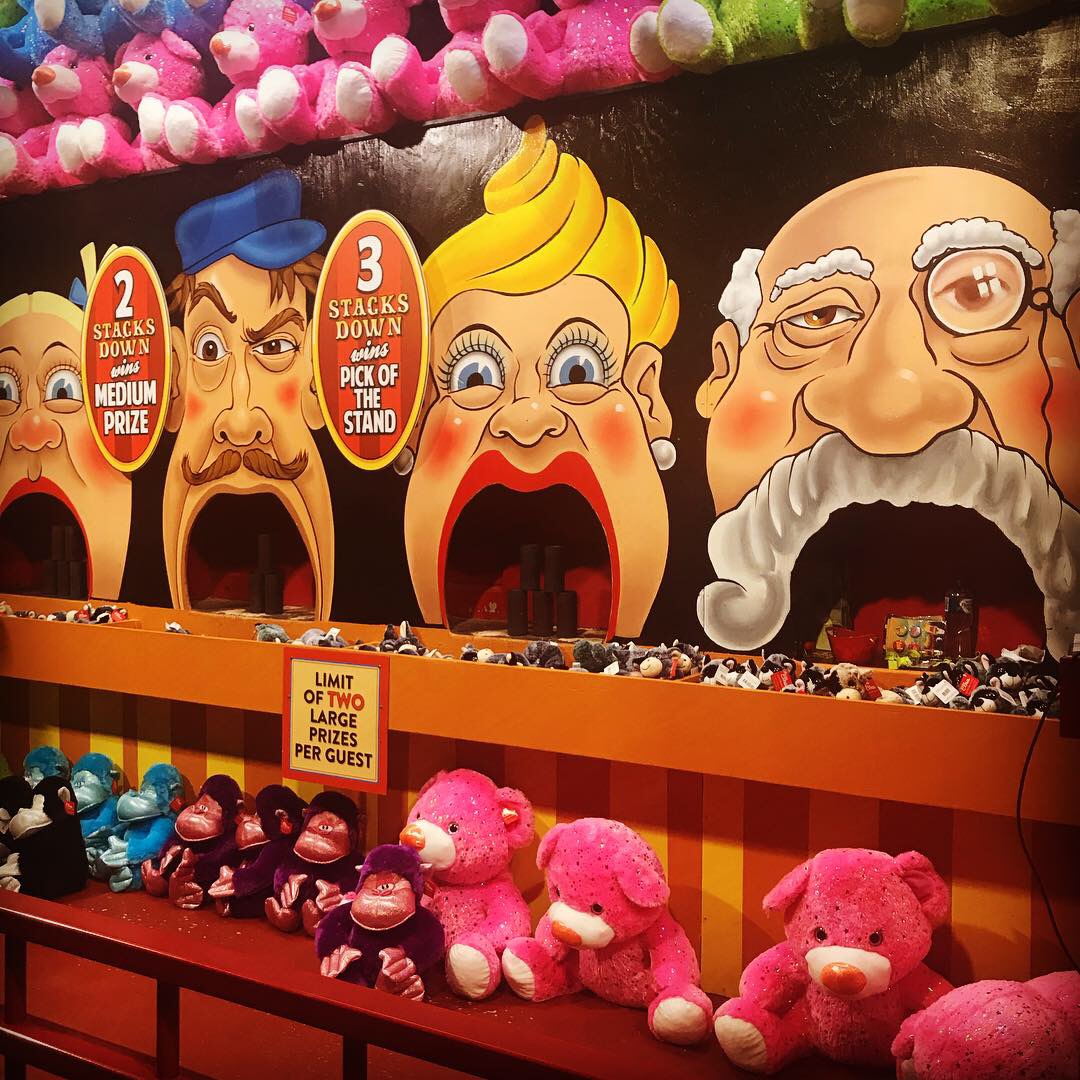 I didn’t have any expectations on how it was going to be, so when I got in I thought it was SO ROMANTIC!, it’s like a vintage park, some of its attractions remind me of those movies where the two lovers throw balls to things that move to win a teddy bear. 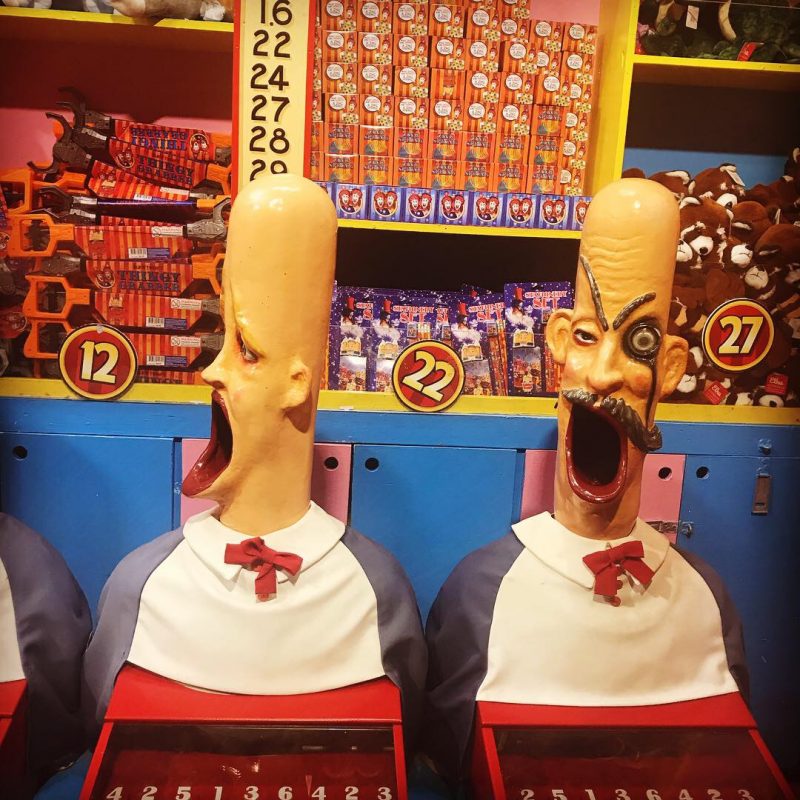 That night I went home very happy to share it with you on social media. I must say I have observed these days that not many places have Wi-Fi, in fact I only managed to get connected near some train stations, & not always, & some beaches. It was something that surprised me in this big city, therefore what I thought it was best was to buy a prepaid card for A$2, I bought enough credit to have plenty of megas & free SMS within the country.

In my previous post I was telling you about one of Marlo Morgan’s books & today I’d love to write about the second one, “Message from forever” where the aboriginal people & the outback still the protagonists.

She tells us the story of these twins who are separated from each other & their tribe when they are born & taken to live with the white man. The boy ends up in the US, where he grows up to become a criminal. The girl escapes from the orphanage & heads to the outback where ends up living with a tribe who shares with her the message of their ancestors. She comes back as an activist to fight against racism & the separation of aboriginal babies from their families. Fate takes her to find her brother, without knowing they are related she shares with him the philosophy of the tribe & their principles, their message from forever. 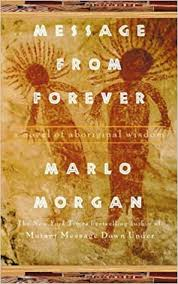