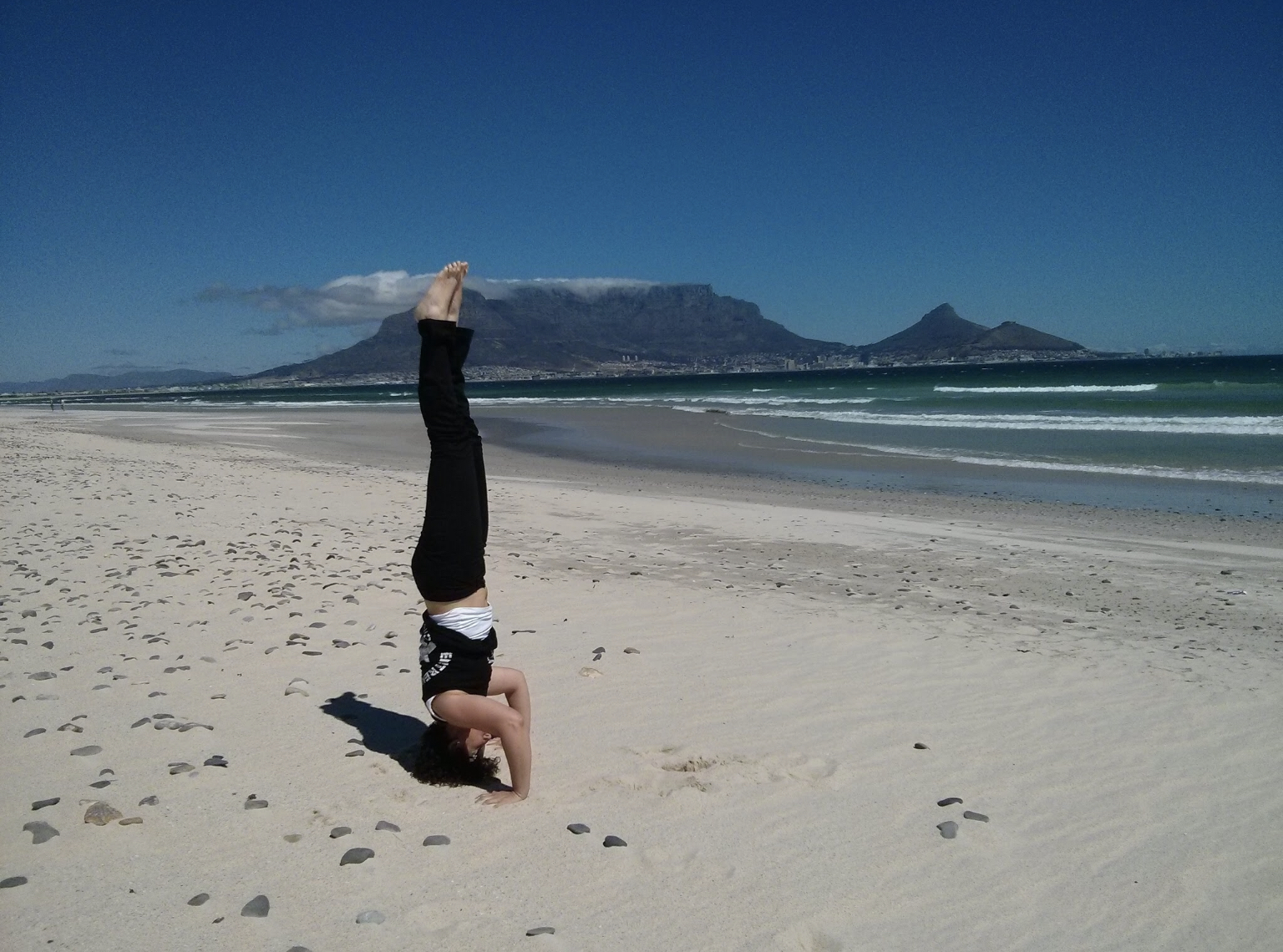 There is a place on the planet that reminds me a lot of my island, but bigger.

If from Majorca I walk southward and cross the whole of Africa I will get to a very beautiful place, where the Atlantic and the Indian Ocean meet, a place called Cape Town.

The city located to the most southern point of the Republic of South Africa is full of buildings with a very modern and state-of-art architecture. 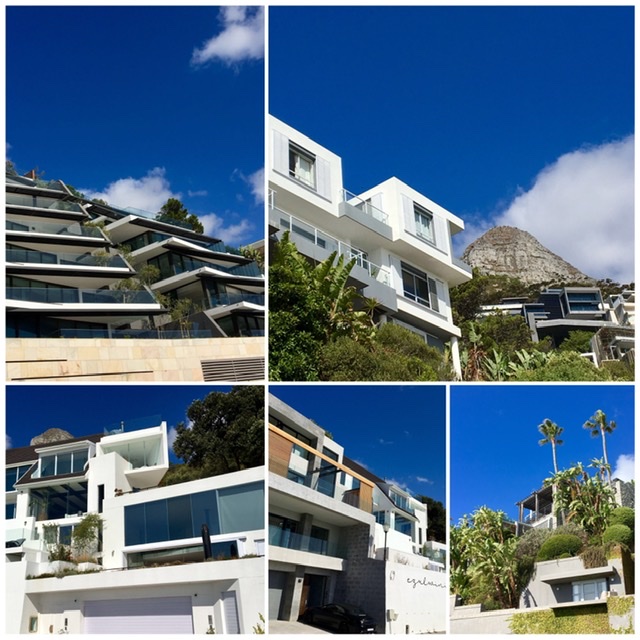 Some are really amazing, like this one someone once took me to, the house is the replica of Iron man’s house, yes the movie super hero, I flipped out, especially with the Formula 1 car which was hanging from the ceiling that linked the first floor and the garage, as I stepped outside where I found myself with this view, imagine the one two floors up.

You’ll be able to find an example of this avant-garde architecture in the Zeit MOCAA Museum of contemporary art, very IMPRESIVE. 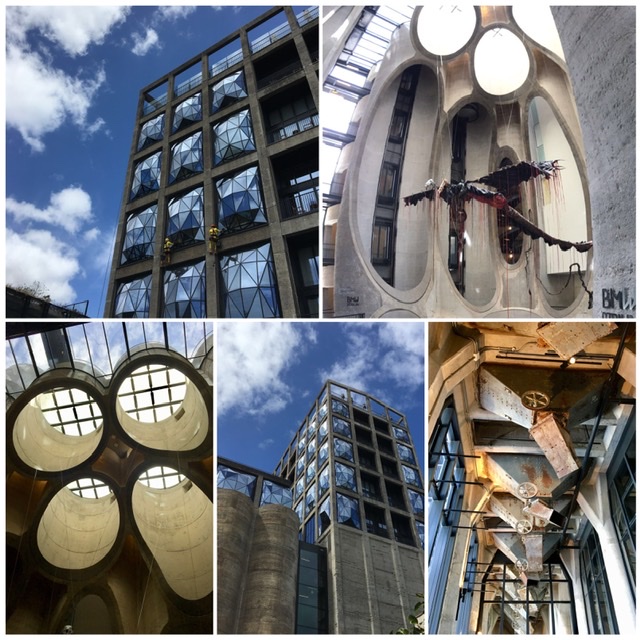 Very close to the museum, in the port, and changing the style, you’ll be able to find a Malayan neighbourhood called Bo-Kaap, with its streets full of colour they offer us another vision more colonial and colourful of this modern city. 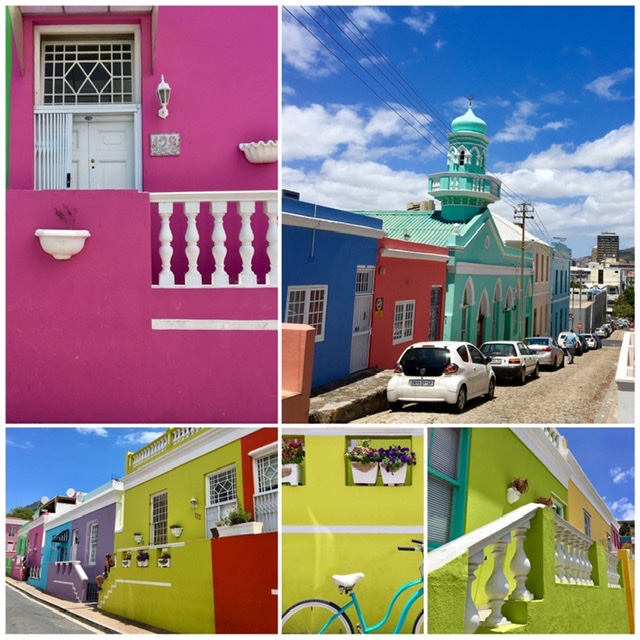 I am sure you know the image which most characterizes Cape Town. The iconic mountain with the shape of a table that guards the city, the wonderful Table Mountain, the one these days crowns my Facebook page. If you like hiking it is a great option to hike it and explore the national park, sometimes it is surrounded by clouds, but on a clear day you’d be able to admire this coastal city in its full splendour. 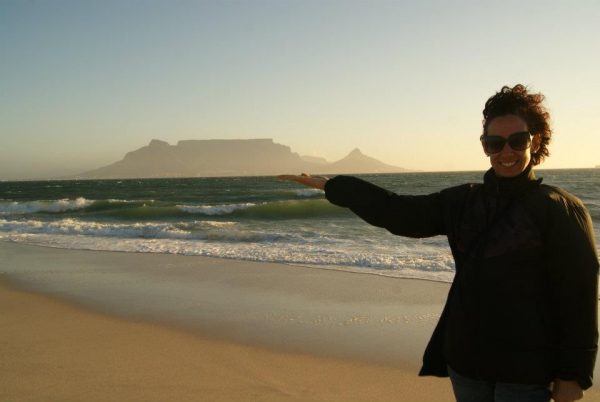 Going west there is a place called Table View, and yes, as the name says there is a STUNNING view of our famous mountain, and wonderful beaches, very often populated by fans of the kitesurf.

There we went for lunch to a very lovely restaurant called On the rocks, I was happy when I saw a few veggie options on the menu. I recommend you to sit outside for dessert, the view is amazing. 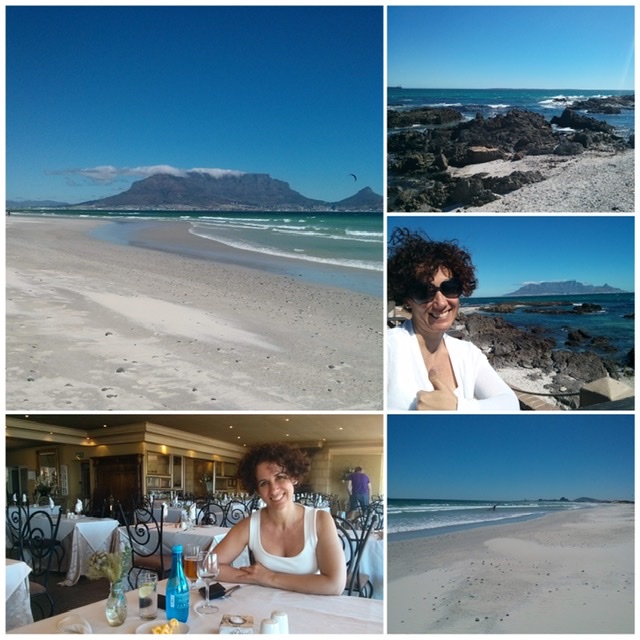 Going further south, in the small peninsula there is a beach that deserves a stop, its official name is Boulders beach, but as it is inhabited by penguins, imagine how they call it. You’ll love the little ones in a tuxedo all over the shore.

Another beach quite close to the city, and very popular is Clifton Bay. They are in fact five beaches one after the other, the gay one, the students one, another one of surfers up to Camps Bay, here I leave an graphic image taking by my friend Marco, to whom I’d like to thank for lending me his spectacular photos, mine are a bit obsolete. 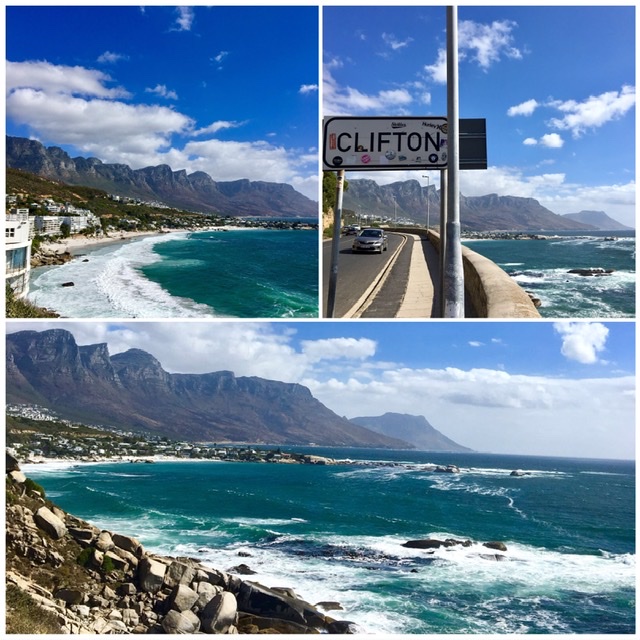 Hout Bay is another area close by which also stands out by its beauty, as you can see this city, besides spectacular mountains, is surrounded by superb beaches and ports, the combination of sea-mountain is to me MAGNIFICIENT that is why it reminds me of our Tramuntana (Majorca’s mountain range) though multiplied by a hundred. Being in this country you feel a constant ecstasy of beauty, that is why it is one of my favourite parts of the world. 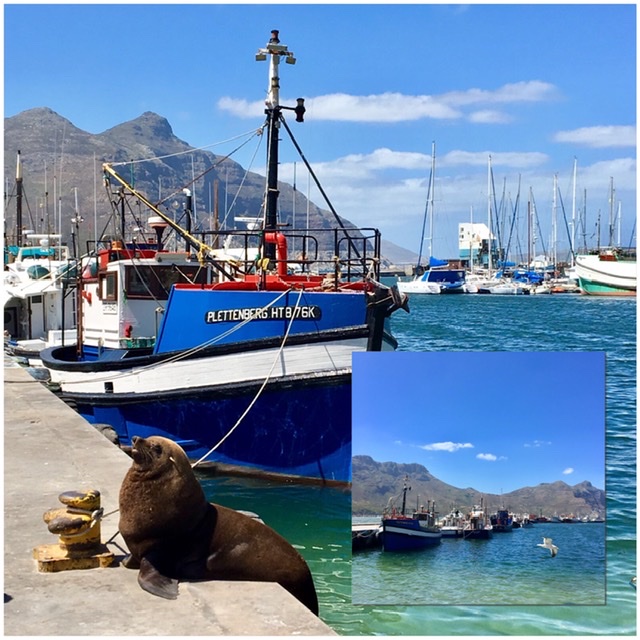 What a better way to finish the day than having a walk enjoying the sunset in Bantry Bay. 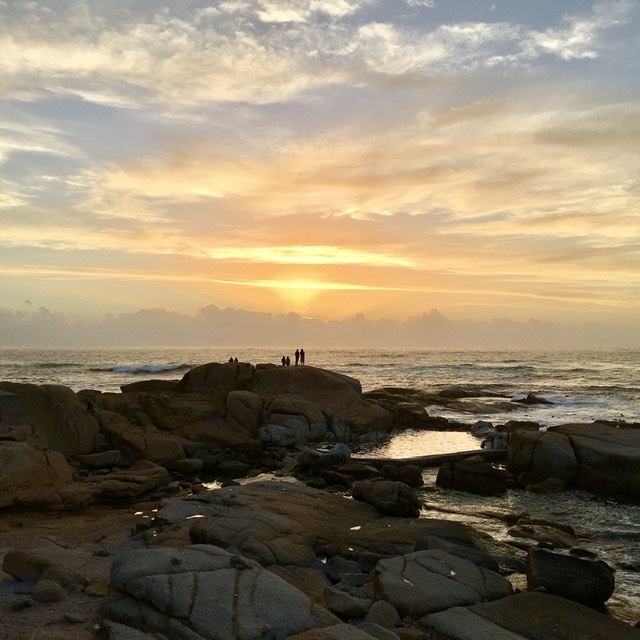 There is a little village 75 km from CT called, Darling; my friend Craig and I went exploring because we thought its name was very curious, as a few years ago it became my nickname. A local comedian lives there, his artistic name is Tannie Evita, he/she satirizes the government to a big scale!, and in an old train station he created his own paradise, there you’ll see a theatre, a restaurant, a garden full of irony, the truth is that it is a very amusing place he now calls Evita Se Perron.

If you are a fan of wine this country offers wonderful vineyards, and Darling is right in the middle of them, in fact in Evita Perron’s restaurant you can taste red Evita, white Evita and amber Evita, the only place in the world they serve these wines with this peculiar name. 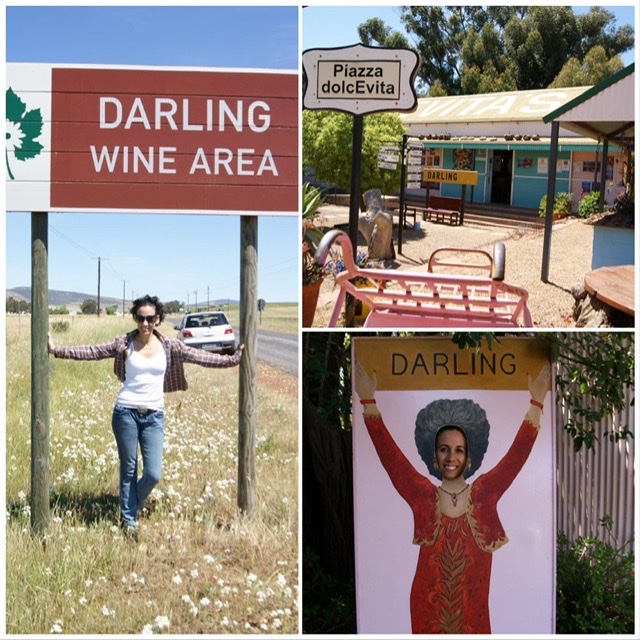 Leaving Darling we arrived at Langebaan coast that is full of white and multi-colour houses, very similar to a Greek island, in fact it’s called Mykonos, where we had lunch. As you can see colour is abundant in this fabulous place. 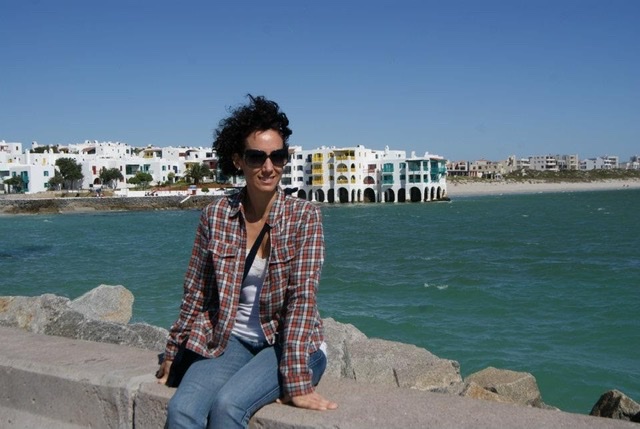 Moving east, an hour away is Hermanus, one of the best places to see the big hunchbacked whales, they get very close to the coast, unless it is windy, they don’t like. It is an INCREDIBLE show, they are WONDERFUL. You can’t miss it dear nomads. 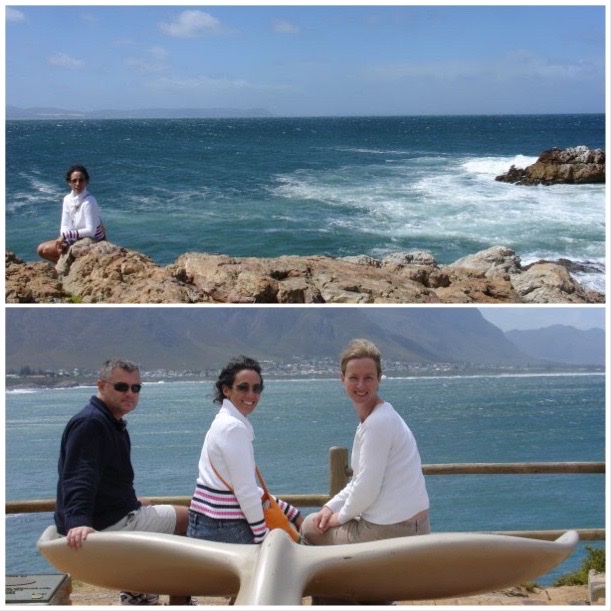 It seems the Homo sapiens appeared in Africa and as there it is where we find ourselves today. I’d like to share a book based on the times of the cavemen, a part of a collection of six, and even though in The clan of the cave bear by Jean M. Auel the Neardenthals and the sapiens meet each other in Europe, I thought this was a good opportunity to talk to you about this book I loved to read.

Ayla is the protagonist and my heroine. When she was a little girl she was found by a tribe of cavemen, from her adoptive mother she learns healing skills. She is different, blond, loved by many hated by some. She is a brave woman who doesn’t resign herself to do and know only what she is allowed, but goes further, learns to hunt, and asks herself questions. Very addictive and well researched novel. 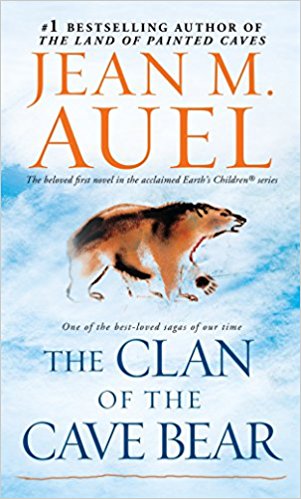