Amongst monuments and presidents. Washington.

The District of Columbia, called poetically so because of Christopher Columbus, is the official name of the capital of the country, known by all as Washington, in honor of its first president. The Americans, very fond of shortening words, call it DC.

In DC we are, and do you know what I love the most? All the museums in the city are FREE and not just that, but it is the biggest museum complex in the world. So off we go dear nomads!

The grand majority are in the National Mall, which is not a shopping center, but a big outdoor esplanade and park in the shape of a cross, it is a very masonic city in many aspects, you’ll see. In each end are the four most important monuments of the city.

I am sure you’ve heard of the Lincoln Monument, the one we start our visit with. A pensive Abraham appears sitting down, white and big. How many sunsets must have you seen from its steps on the big screen? Even his face was once an ape in the saga “The planet of the apes”. 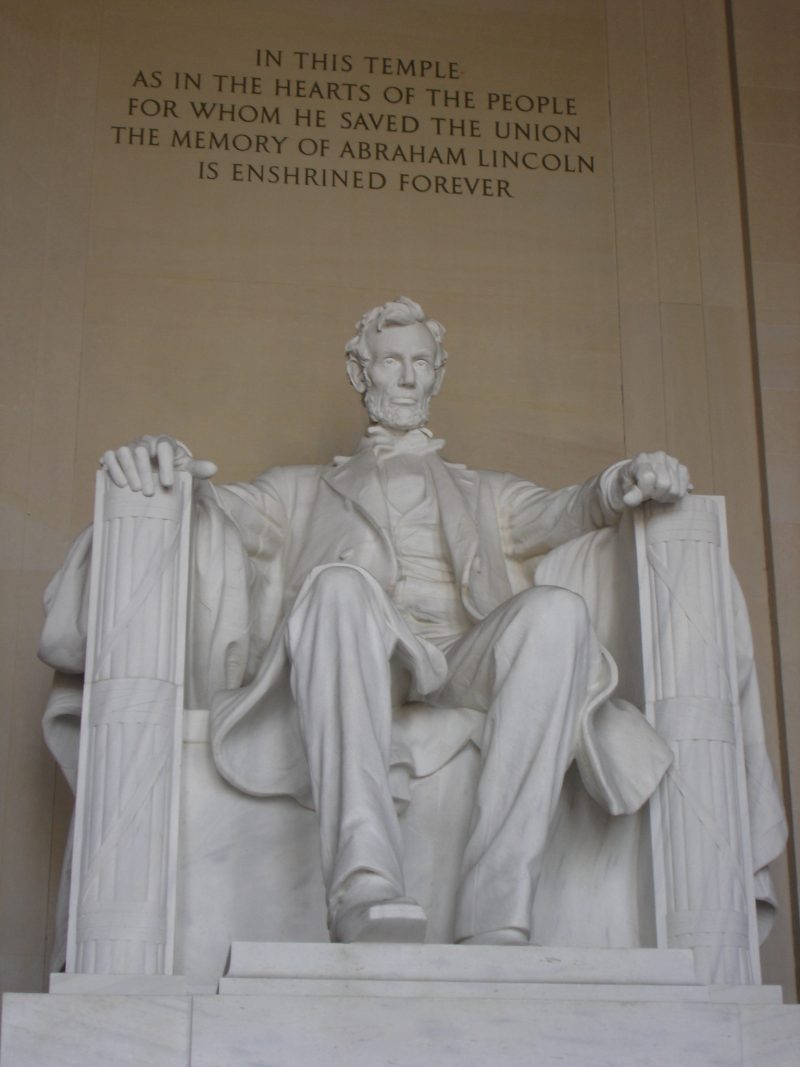 Righ in front is the Reflecting Pool, the long swimming pool where Jenny screamed “Forressssssttttt” from. 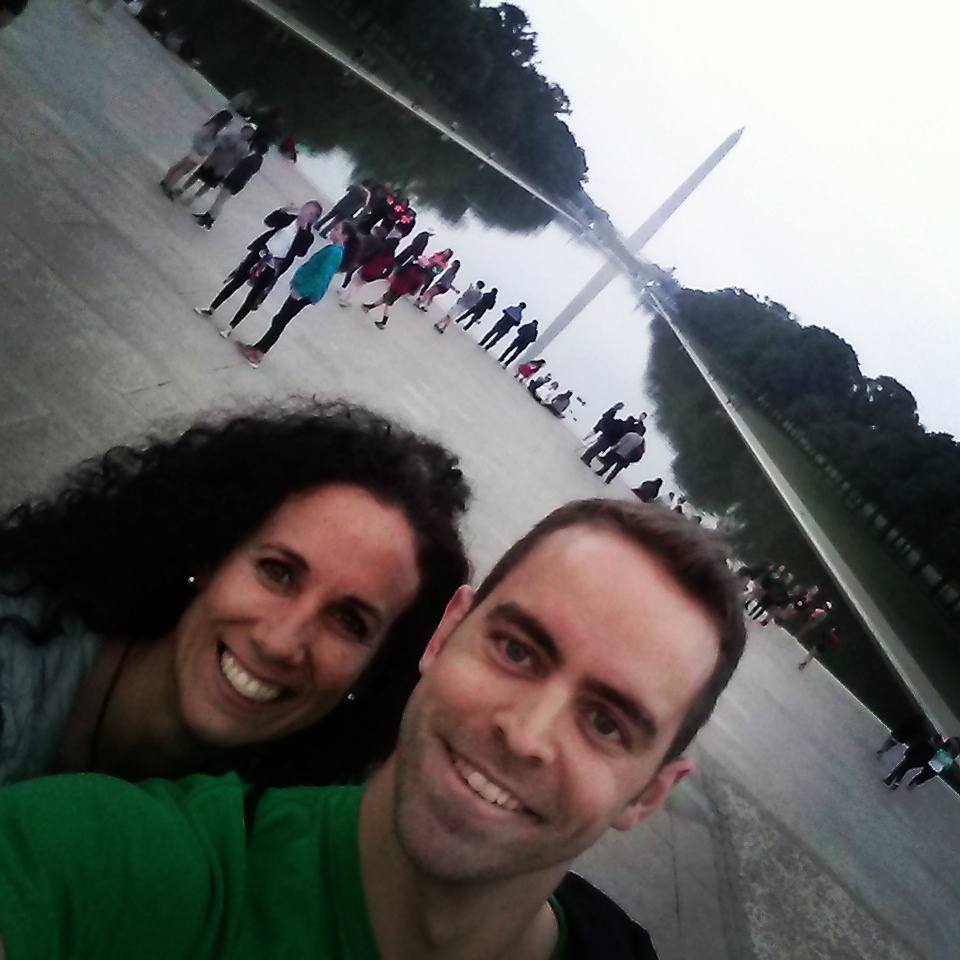 In another end we find the back garden of the most visited private house of the country, The White House, if you fancy having breakfast with the President.

Here is the front porch in Pennsylvania Av. 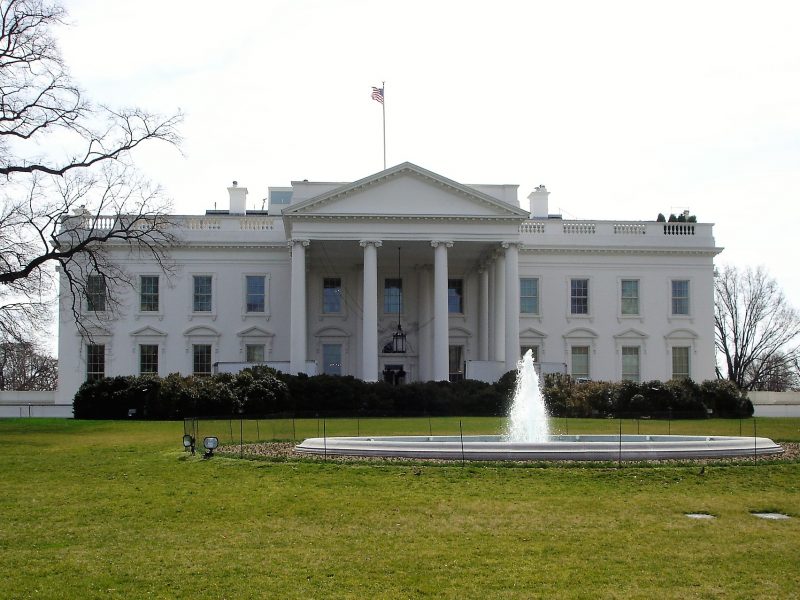 From the rooftop of the W Hotel you’ll have a good view of the White House and the obelisk, while having a drink, there is a good after work atmosphere, the prices balance the free museum tickets though.

The third end is occupied by the Jefferson Monument, another of their presidents and a great reader.

From the obelisk aka the Washington Monument, located in the middle of “the cross”, walking towards Capitol Hill, which is the fourth end, there are many museums. They belong to the Smithsonian Institute and there are plenty to suit all tastes. One of the favourite ones is the Air and Space Museum, airplanes, rockets, NASA toys, you name it.

I, of course, went to find another of my heroines and her red plane, Amelia Earhart, the first aviator who tried the first trip around the world. 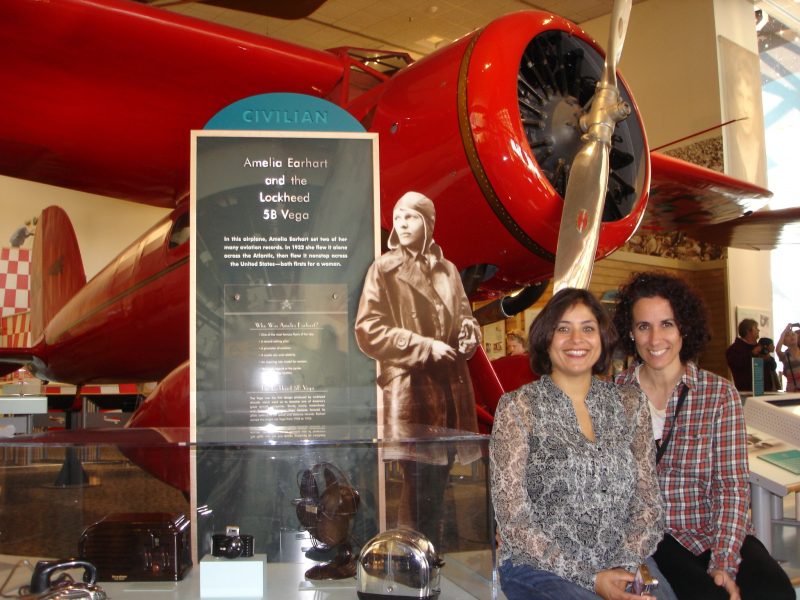 In those days I was studying the history of the country, and I wanted to see the so famous Declaration of Independence that sleeps in The National Archives Museum, a GIANT museum for a piece of paper … we know Americans love BIG, BIG. I must say that I loved seeing it.

The Museum of American History was fun to see; taking into account that their modern history is around 500 years old, it was not strange to bump into the MUPPETS in display, yes my friends, it’s so much fun. We also admired the dresses the First Ladies wore during the dance of the Inaugural Ball; I chose one of a woman I admire a lot, Michelle Obama, I am sure you remember this dress when she danced with her attractive husband. 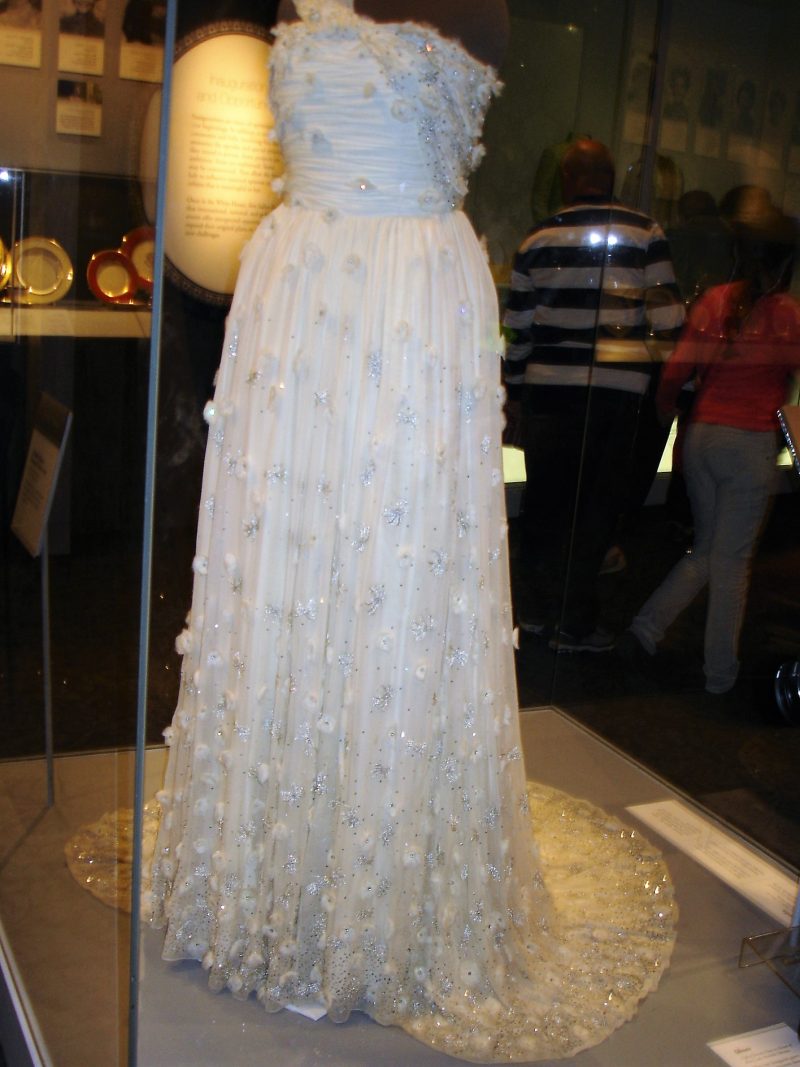 I must confess that in the National Museum of Natural History I spent hours admiring friends like this one. 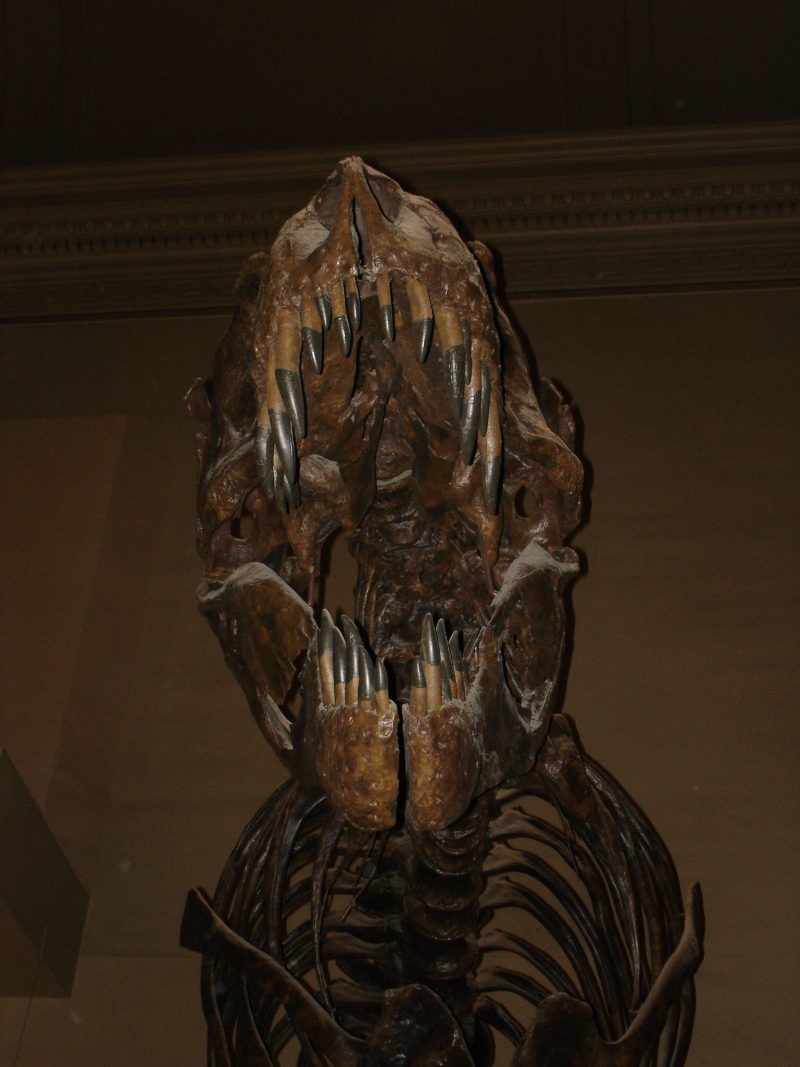 The Capitol Hill is a high security building therefore the visits are guided. Inside it is fabulous, there are many statues in its many rooms, every State is allowed two. When we entered the heart of the building, as saw its dome, which is very impressive, I told the guide upon seeing a statue, “that monk is from my island!”, the Majorcans will have guessed who he is, yes, Father Serra, the  Franciscan monk who founded nine of the missions which gave names to many cities in California. 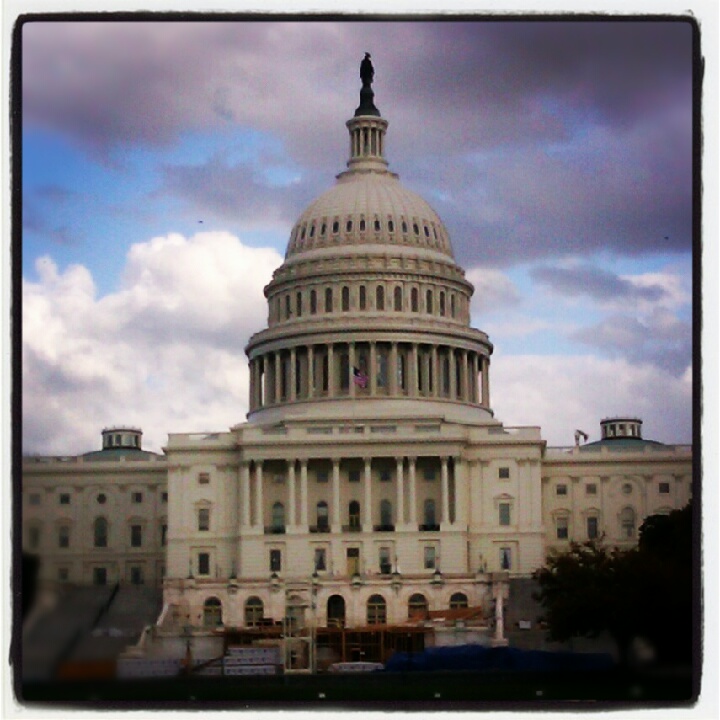 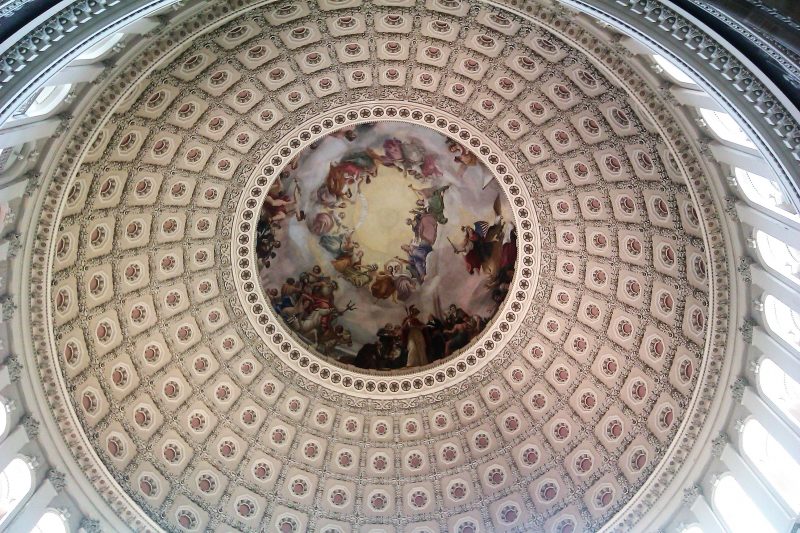 The Capitol is linked to the Library of Congress by an underground tunnel. If you love homes for books like I do, I recommend you to visit it, it is SPECTACULAR and beautiful. There I could see Thomas Jefferson’s personal library, his books were placed on shelves that formed a circumference. I couldn’t resist buying a mug with one of his phrases “I cannot live without books”, I fully empathize with him.

You can also access the library through this door. 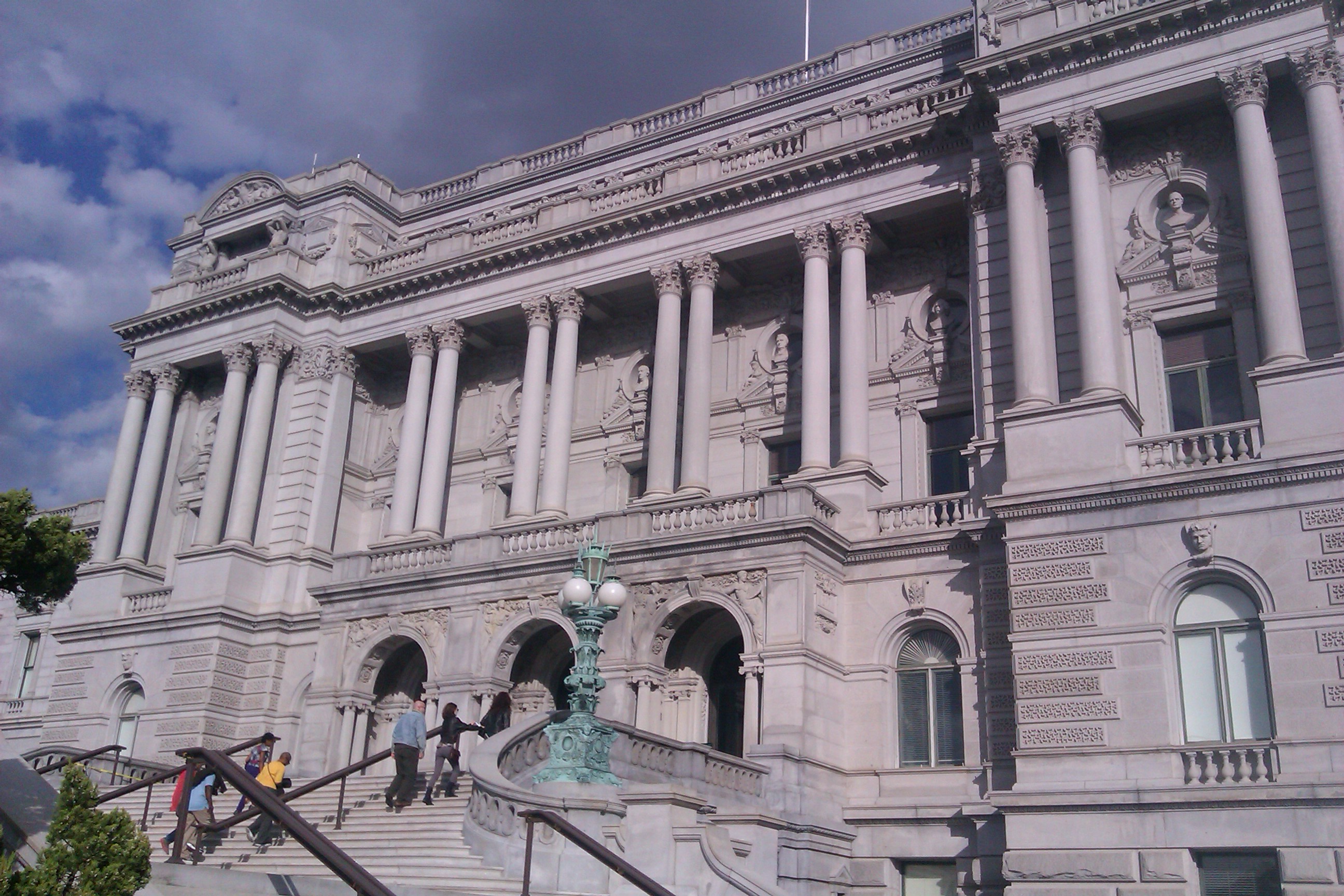 Another of the most popular  places to visit, located on the other side of the Potomac River, is Arlington Cemetery, where you can see Kennedy’s tomb.

Taking the metro from this area of museums and monuments, not far, is the University City of Georgetown. It has a great atmosphere, ideal to have dinner there, and if you like rowing, you can watch the teams training in the river. 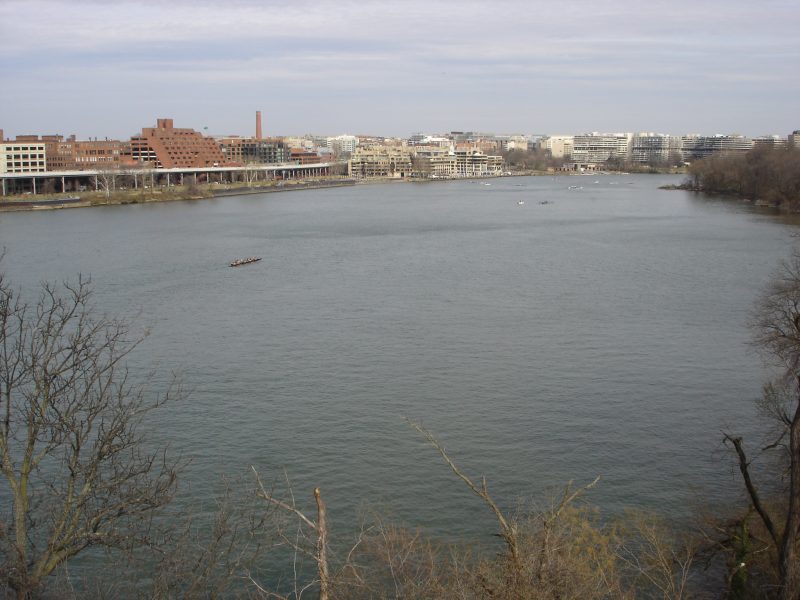 Some of you tell me you’d like to visit New York and Washington in the same trip. I think it is a very good idea. It takes around six hours to get from one to the other by bus, you can also take the train or plane.

My advice is not  to try to do Washington in one day or few hours, it’d be a shame if you missed out all the capital has to offer, especially if you visit during the cherry blossom.

Today I’m going to recommend a book you should read before going to Washington; “The lost symbol” by Dan Brown, I am sure you know other books by this author who loves symbology and deciphering riddles.

Between kidnapping and mysteries Brown talks about the masons and all the symbology we can find in several of the places we’ve visited. After reading it when visiting the city you won’t be able to resist to look for them in every corner, especially the dome of the Capitol where the Apotheosis of George Washington is represented, o a big statue with his face, which you’ll find familiar too. 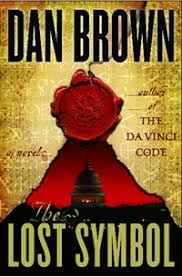 This time I won’t tell you anymore so you can discover yourselves.