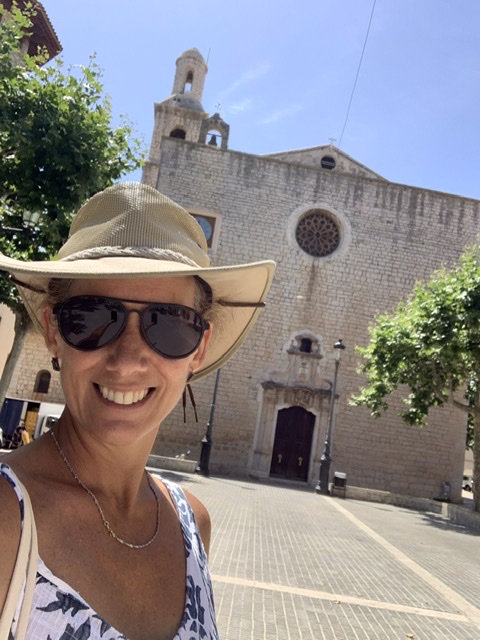 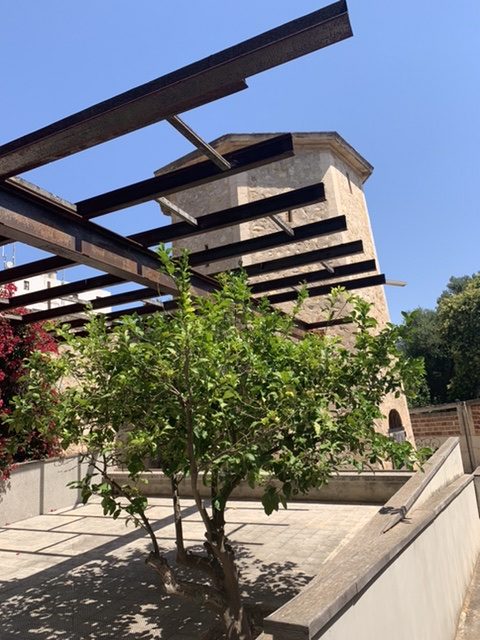 An old Muslim hamlet called Oloron. Its documented history starts in the 17th Century with the Catalan conquest & all revolves around its castle.

I can reach it by car on the Palma-Inca motorway taking the Consell-Alaró exit, I can also take the train from Plaza España in Palma, stop again in Consell & take a little bus to the center of the village.

The main industry has been footwear till recently, its factories have dissapear & only Tony Mora boots remain here in the entrance of the village. 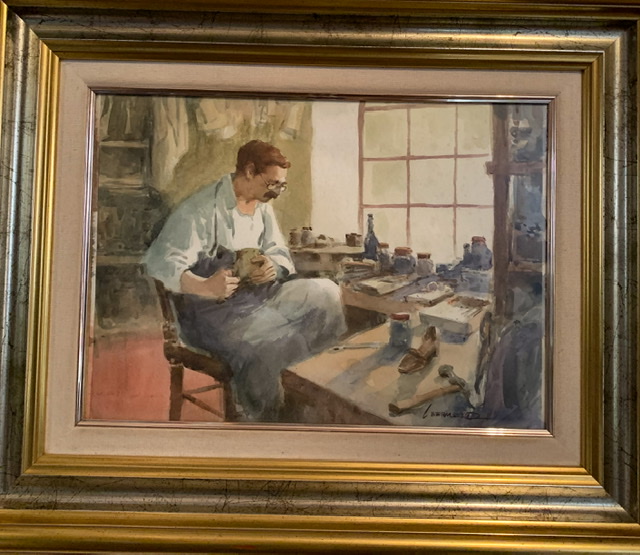 I walk on the main street, surrounded by trees known as “plateros” that offer shade & charm. 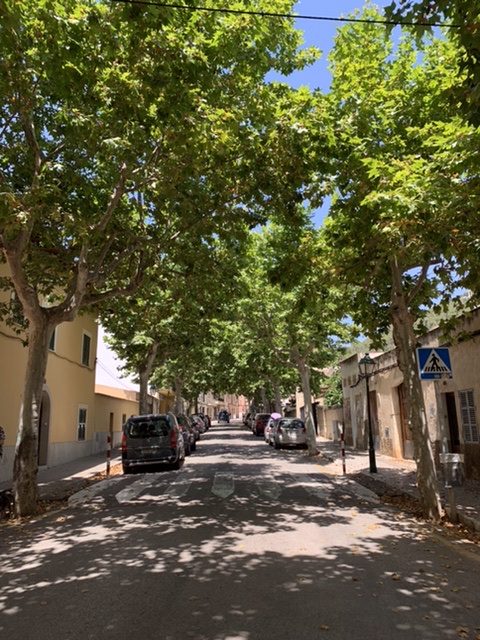 I pass a few bars & local cafes. I like Cycling Planet very much, there they repair my bycicle & has an ideal atmosphere to sit & read or write whilst I am having a nice cuppa. Its interior is decorated with the wood from of a velodrome where its owner won many races. 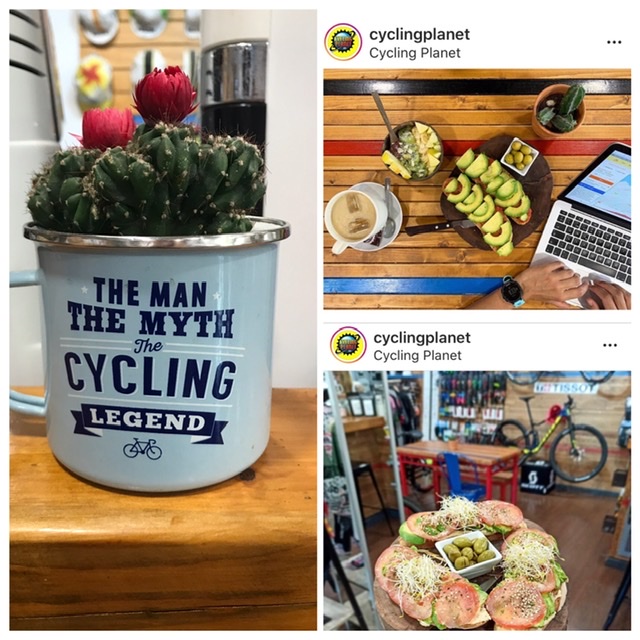 The island is very popular amongst cyclists who arrive in big waves during spring. Its mountains & planes invite them to hit the road & stop in charming place for refreshments. It has the same effect on hikers & nature lovers.

Almost at the end of the  main street there’s a shop that has been opened for over a hundred years, C’an Bou, I never miss the opportunity to see it & to say hi to its sweet old owner who, sitting in front of the window, watches the life go by whilst reading her newspaper, her & the original features of this shop where they sell all sorts of things, take me back in time. 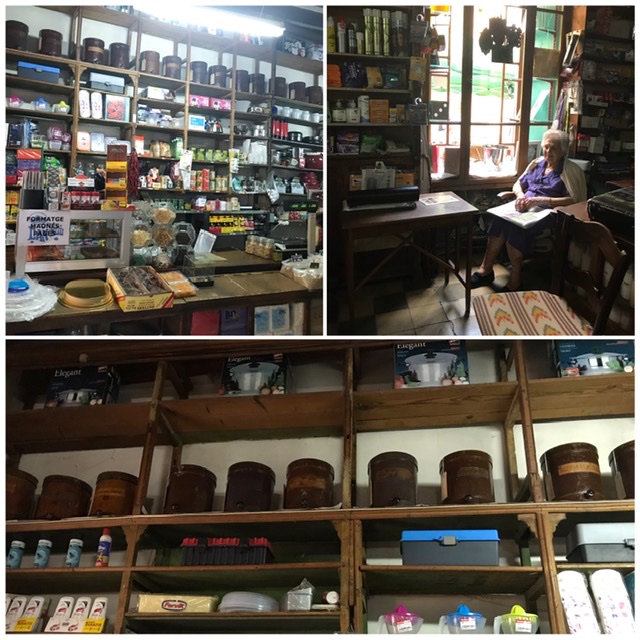 Turning left I get into the heart of the village, its square or plaza. 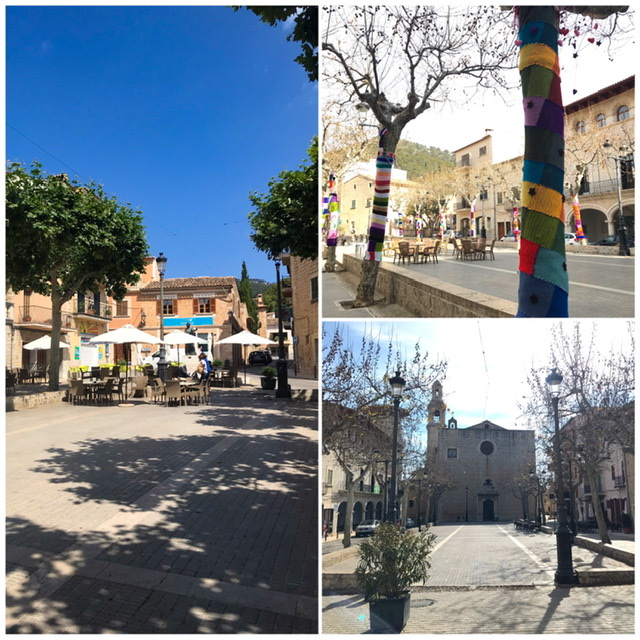 Next to it I see the Town Hall which holds inside two giants, Cabrit & Bassa, two noblemen who defended the castle placed on top of a mountain against the Catalan occupation. As they didn’t bend the knee to the king Alfonso they were both burnt at stake. 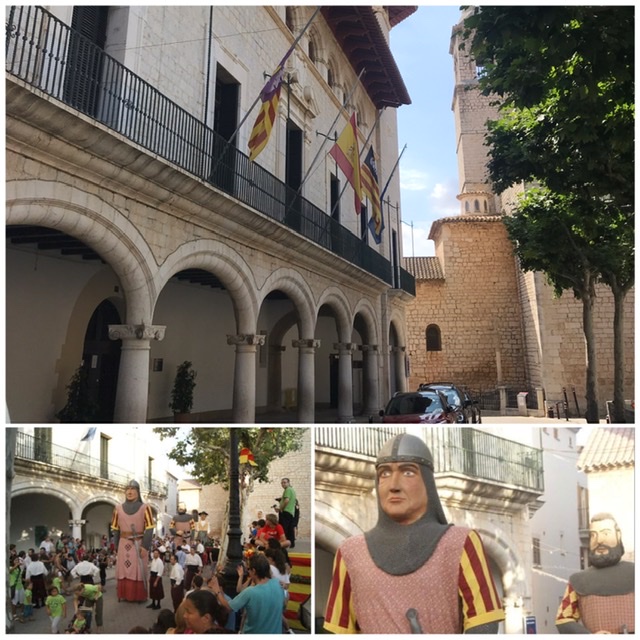 The church of San Bartolome dominates the square, witnesses christenings, weddings & funerals of the locals. It was built between 1626 & 1785, its interior is Gothic & its façade modernistic, plain & with no many ornaments. 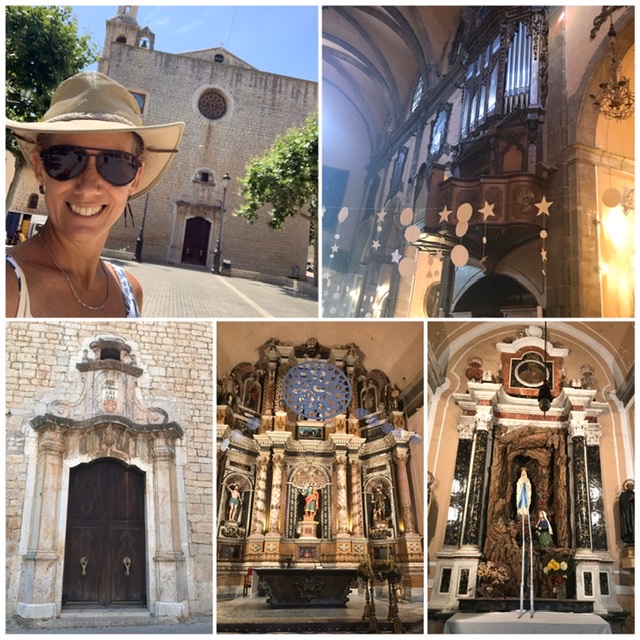 I’ve been lucky to be able to explore its insides reaching the clock tower, that nowdays still gives the time thanks to this well-oiled system. 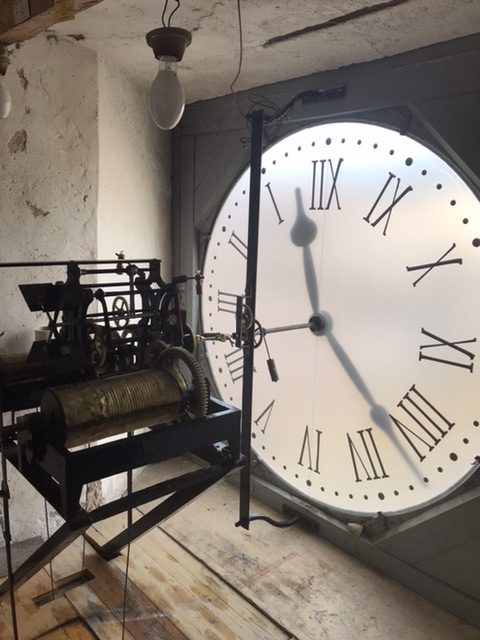 The bell tower offers me these views. 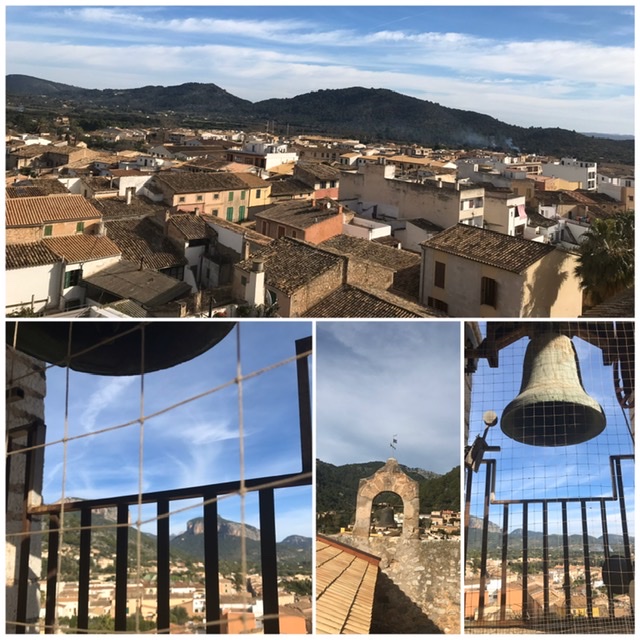 The Rectory is an example of Majorcan house that welcomes me with a nice patio of orange trees, a well of delicious water & grand rooms. The relics of the ribs of Cabrit & Bassa are guarded here after a few thefts in the castle. 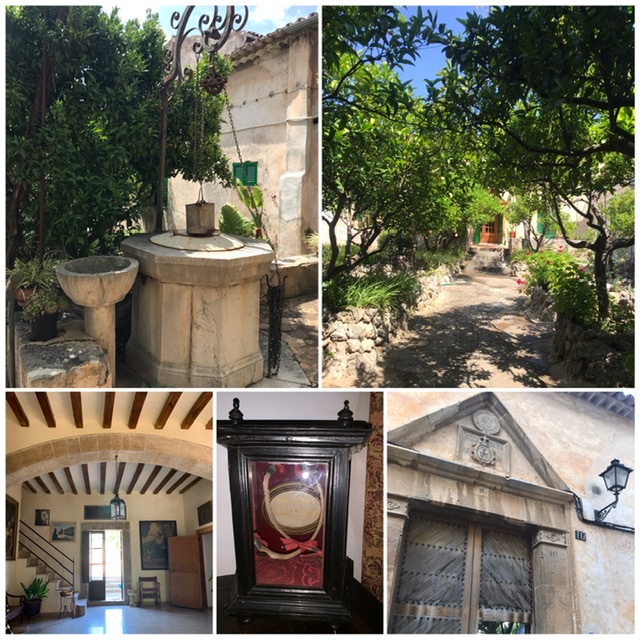 The place where the people got together in the old days was Es Pontarró, a washing place which waters still flow from the Artigues fountain. 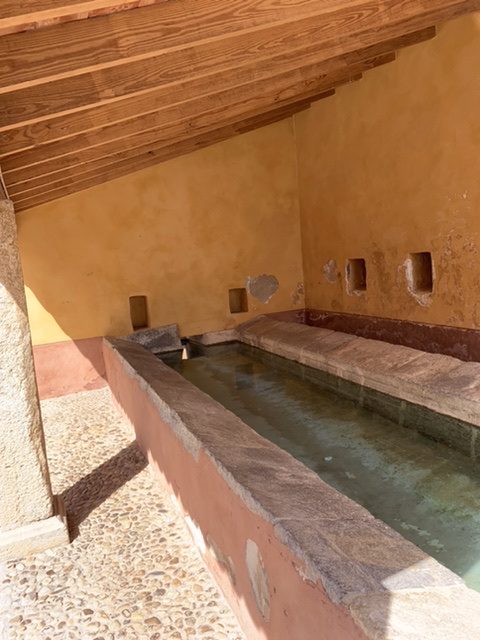 The patron of the village is San Roque, celebrated the 16th of August, when they take out the giants from the Town Hall. One of the fun celebrations are the “dimonis” a group of “devils” who dance to the sound of drums & play with fireworks.

I encourage you to dress covering your skin & to dance with them, you’ll get into a kind of trance, it’s good fun even though you might agree with my friend Craig from Cape Town when he says “Majorcans are crazy” (he didn’t’ miss one I have to say). “Na Marranxa” joins them too & for the kiddies “Na Marranxeta” 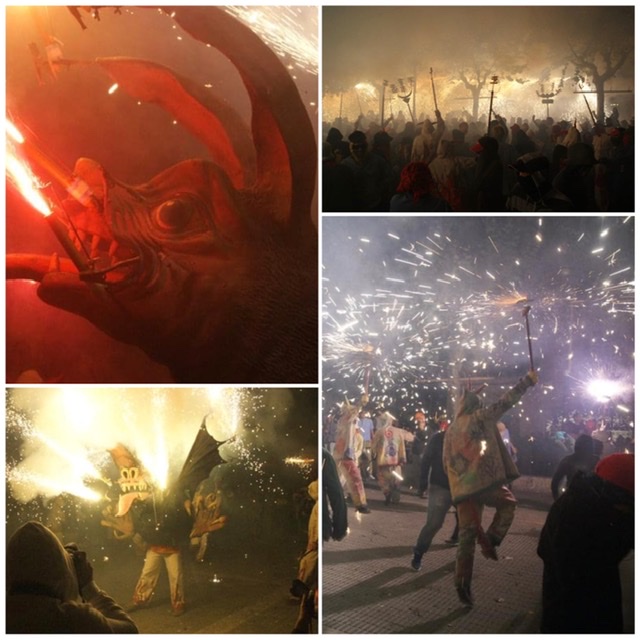 Another of the celebrations where everyone participates is “ses carrosses”, floats created by the locals that go around the village till they reach the Town Hall where a jury votes the best ones & some prizes are handed to the lucky ones. 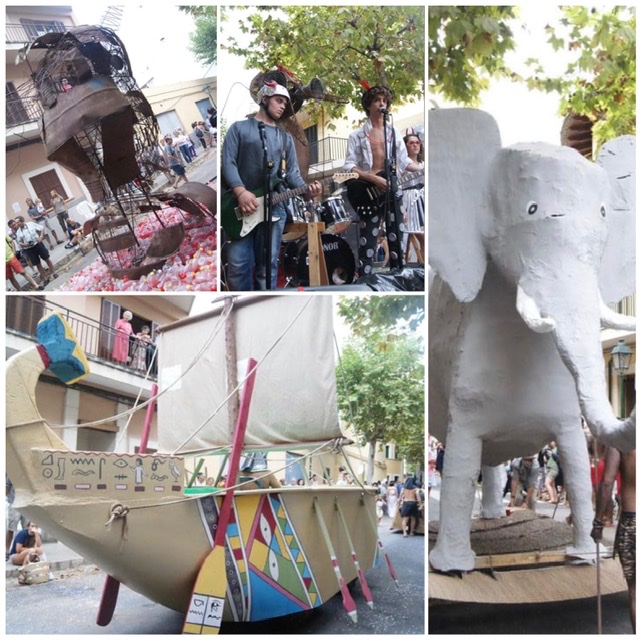 In the beginning of October the “Artisan Fair” congregates great artisans from the island who offer us their wonderful creations. 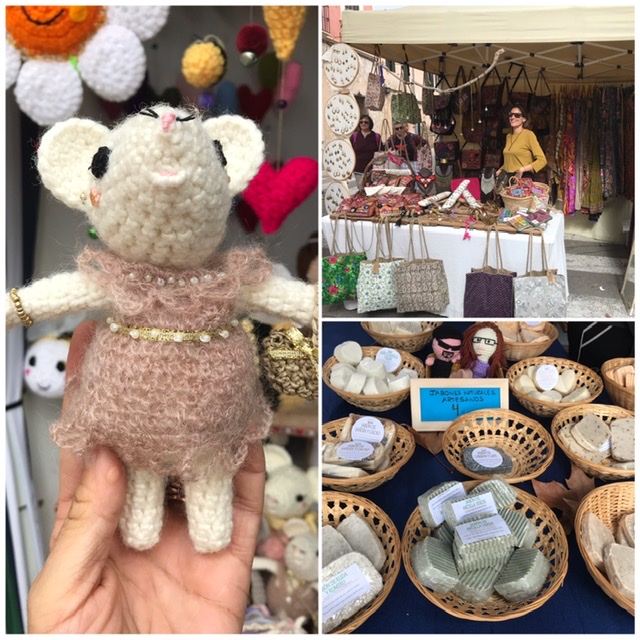 The siurell is a very typical whistle made of clay that comes in different shapes, created by women in the old times used to control the flock & compose songs. 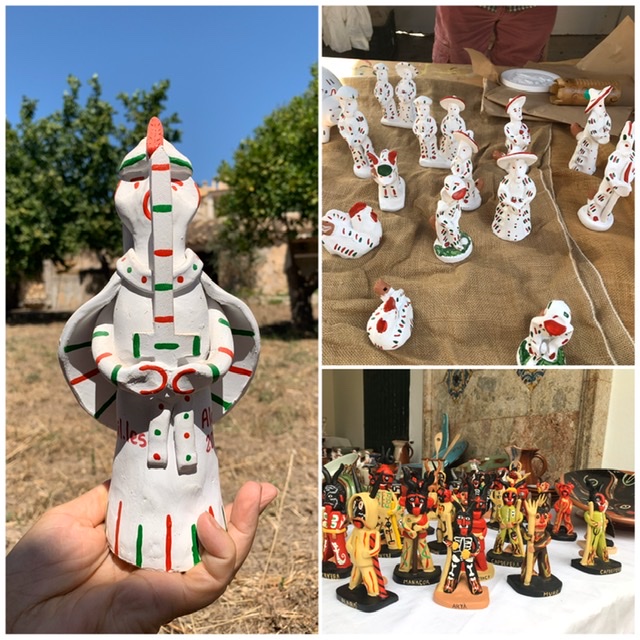 The village has a great offer of “inland hotels”, grand Majorcan homes now converted into charming hotels keeping all their features. My favourite one is Petit Hotel, ideal as a base when you like cycling o hiking the Tramontana. I also love its atmosphere & besides I can prepare my dinner or picnic before I go out in its so Majorcan kitchen. 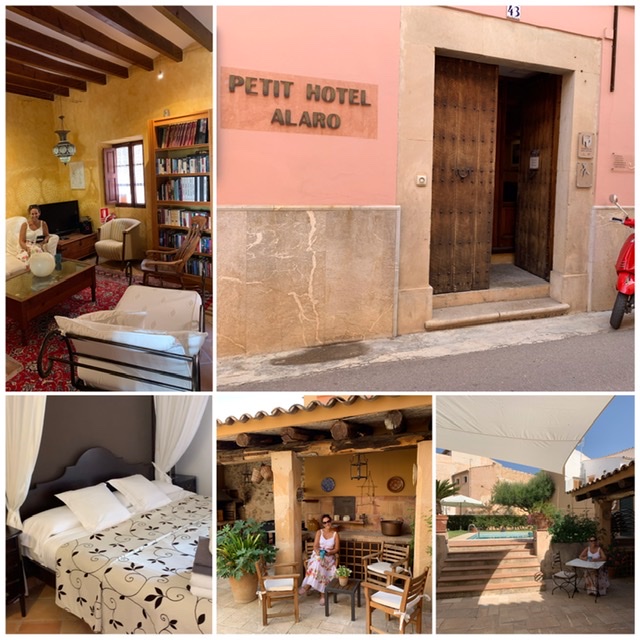 Alaró is located on the hillside of the mountains Puig Salcadena & the Alaro Castle. Two twin mountains with the shape of a hat. 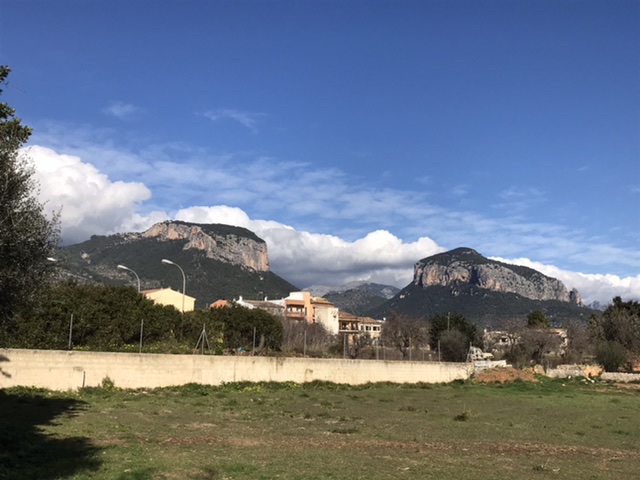 The legend says that passed midnight the witches arise to walk the bridge that links the two mountains. 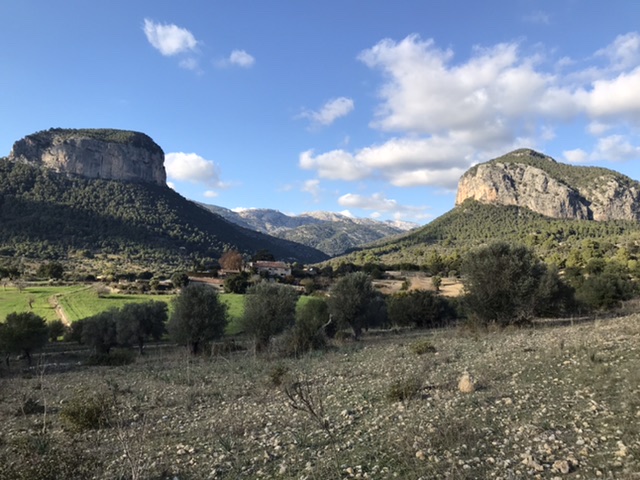 I can’t think of a better book today than “My beloved Majorcans” by Guy de Poresties, who after a few years living in Mallorca enlightens us with an anthropologic tale full of anecdotes & stories with an ironic tone, to understand this people, my people. 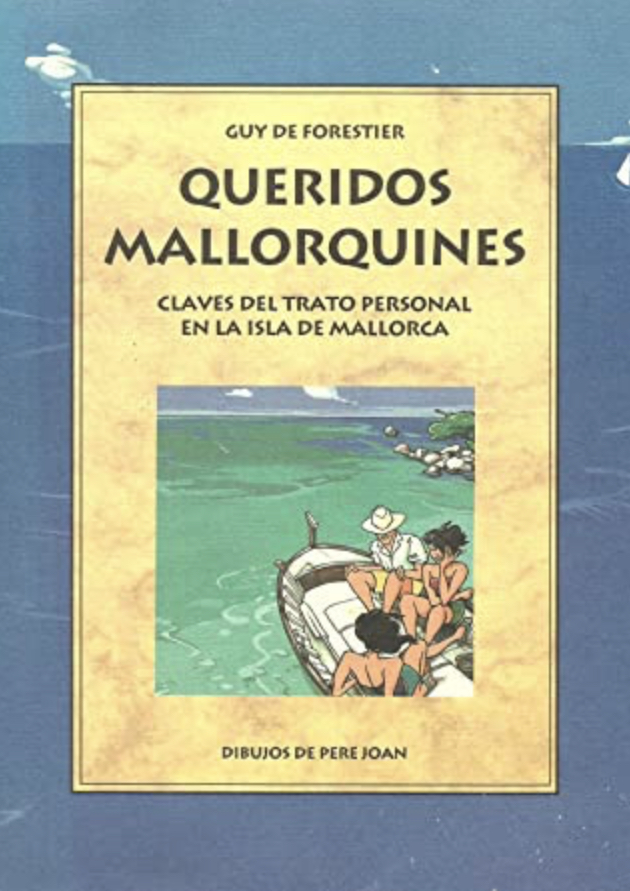