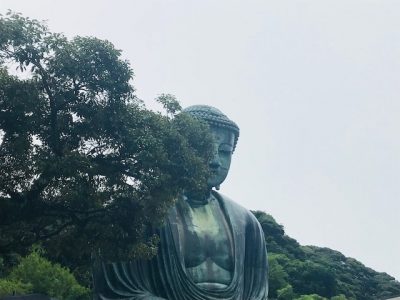 When we arrive into Tokyo we can do it through two airports: Narita in the east or Haneda in the west.

The village of Narita is very close to the airport of the same name. If you are planning a trip all over Japan it is a good idea to spend the first, or even better, the last night in Narita, to be able to rest and have the airport quite close when it is time to depart.

Narita is a little village with a very Japanese essence, it enchants us with its little narrow and curvy streets filled with small shops and restaurants. It has a very small fire station where I went into one day, and where the nice heroes allowed me to take pictures of their jackets, which I thought they were really cool. The fire truck was the size of Barbie and Ken’s, and there they were polishing it. 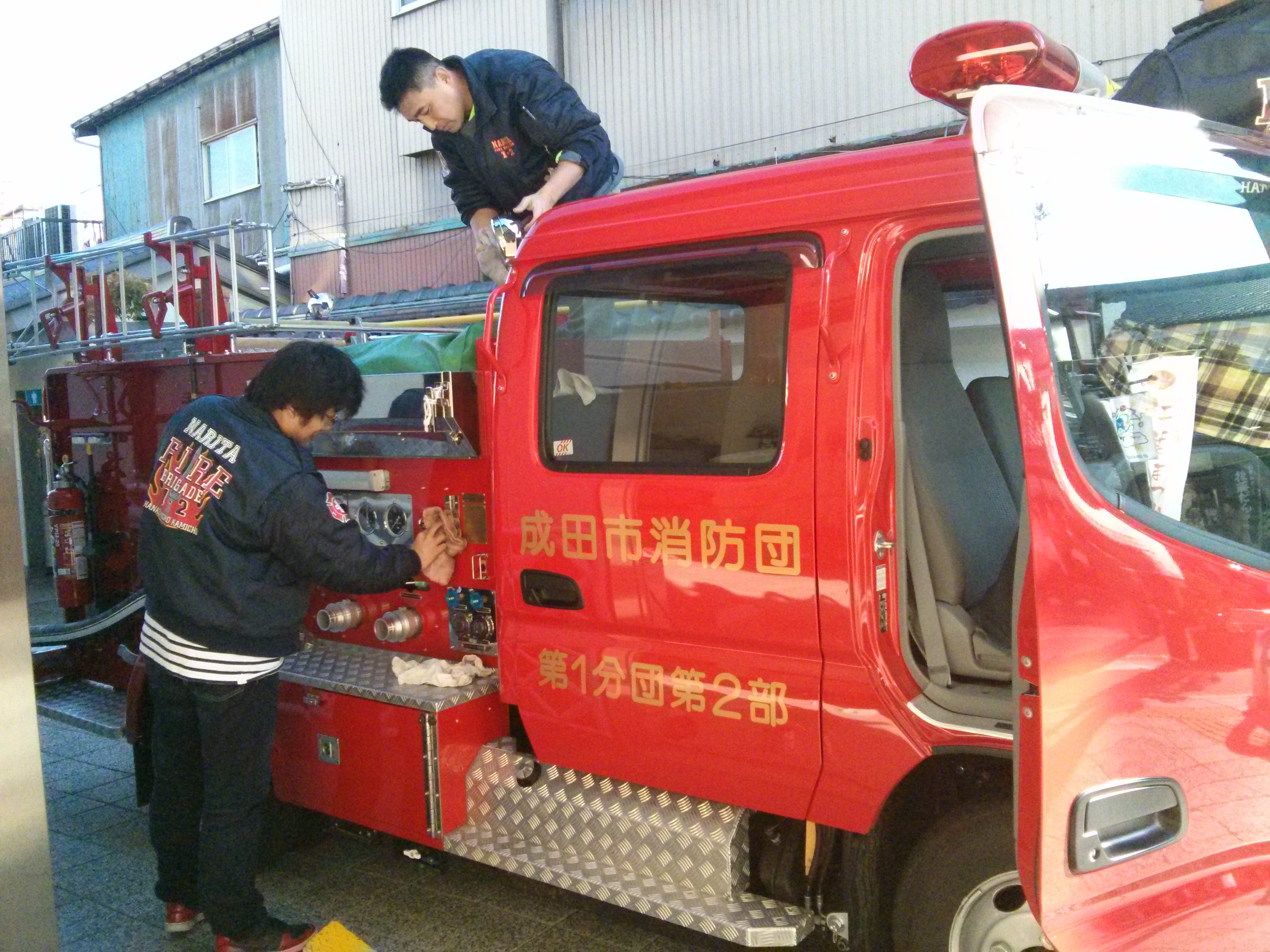 A few steps from the center we encounter one of the biggest Buddhists temples in the country, over one thousand year old called, Naritasan Shinshoji Temple, surrounded by big and beautiful gardens. 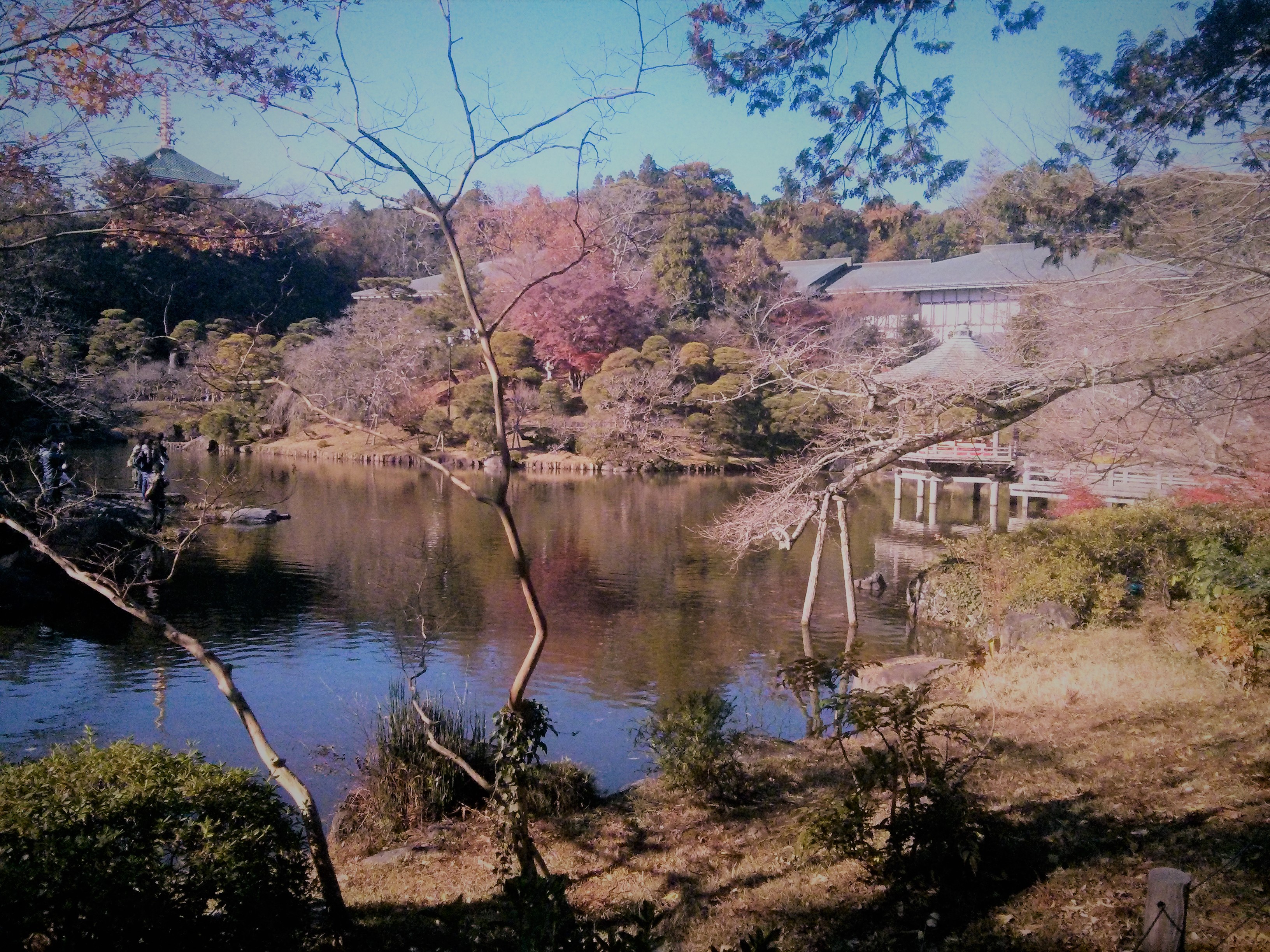 If you have spent the first night here you will be able to venture into Tokyo from the train station located in the center of the village.

On the contrary, if you have flown into Haneda, the city of Yokohama is quite close. 150 years ago it was one of the first ports in Japan to open its doors to foreign trade. Nowadays you’ll be able to enjoy a fun fair in its pier, it gives it a lot of life and colour in the hot summer nights. 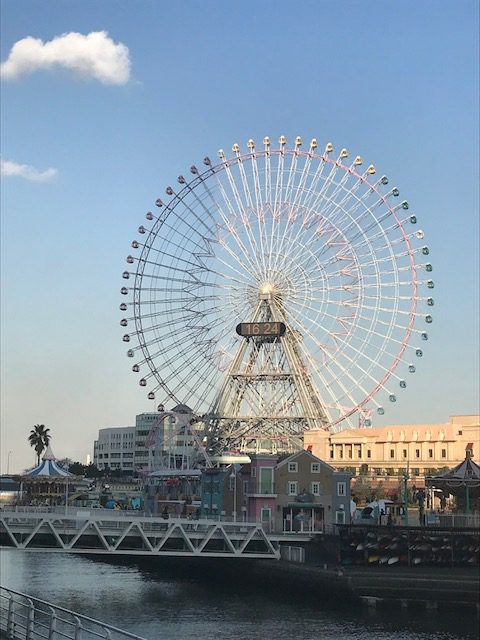 Next to the fun fair, moored, you’ll find a school vessel. I love these kind of boats, with their big masts they remind me the first sailors that, ploughing through the seas, discovered so many faraway lands. 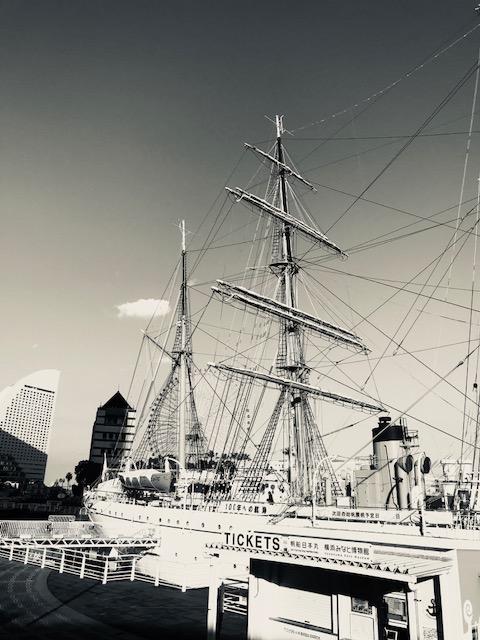 The vessel has a neighbor which is the second tallest building in Japan called, Yokohama Landmark Tower. It has one of the fastest elevators in the world, you’ll feel your ears blocked due to the speed if you go up to the Sky Garden in the 69th floor, from where you’ll be able to see Mt. Fuji in a clear day. On top of that it has two mass shock-absorbing hidden in the 71st floor. As you’ll remember this country has a great seismic activity, which is why there is at least a meter of separation between all its buildings. 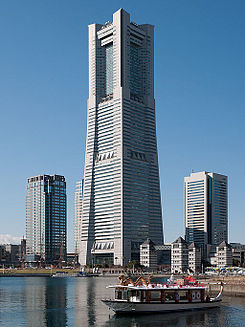 The city has a lively Chinatown. There, besides many people, you’ll find hundreds of places to eat and the most multi-colored shops, no wonder they say it is one of the best ones in the world. Its symbol is “We are Chinatown”. 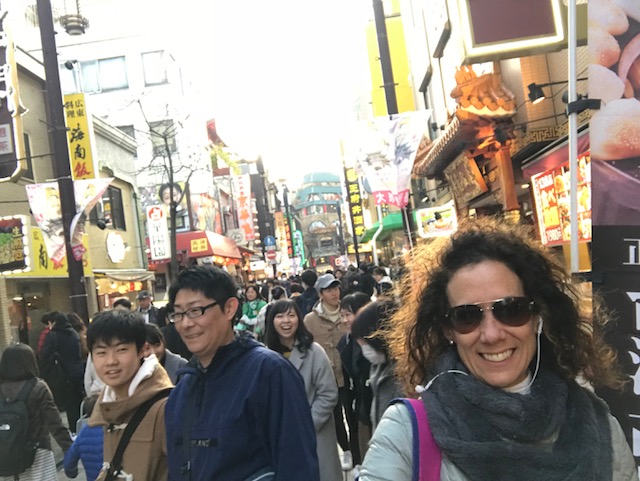 Behind the Landmark building there is the Sakuragicho Station, from there it’s easier to get into Tokyo than from Narita. You have the option to buy a “pay as you go” travel card, (like the Oyster in London), when you leave, if you are not planning to come back, they’ll reimburse the total amount you paid for. I kept mine as I know for sure I am coming back to this fascinating country. They are so nice that when you return or reload the travel card in the office, they give you a little pressie with an origami figure, so representative of this country, very cute!

One morning we took the train to Kamakura, what 800 years ago was the capital of the Shogunate, the military government of Japan. The place is full of temples, I must say they are all fabulous in this country, and they are surrounded by gardens, which are even more beautiful.

Taking the bus from the station we arrived at Kotoku-in Temple where the Great Buddha “Daibutsu” inhabits, one of the two biggest Buddha’s of the country, here it is. 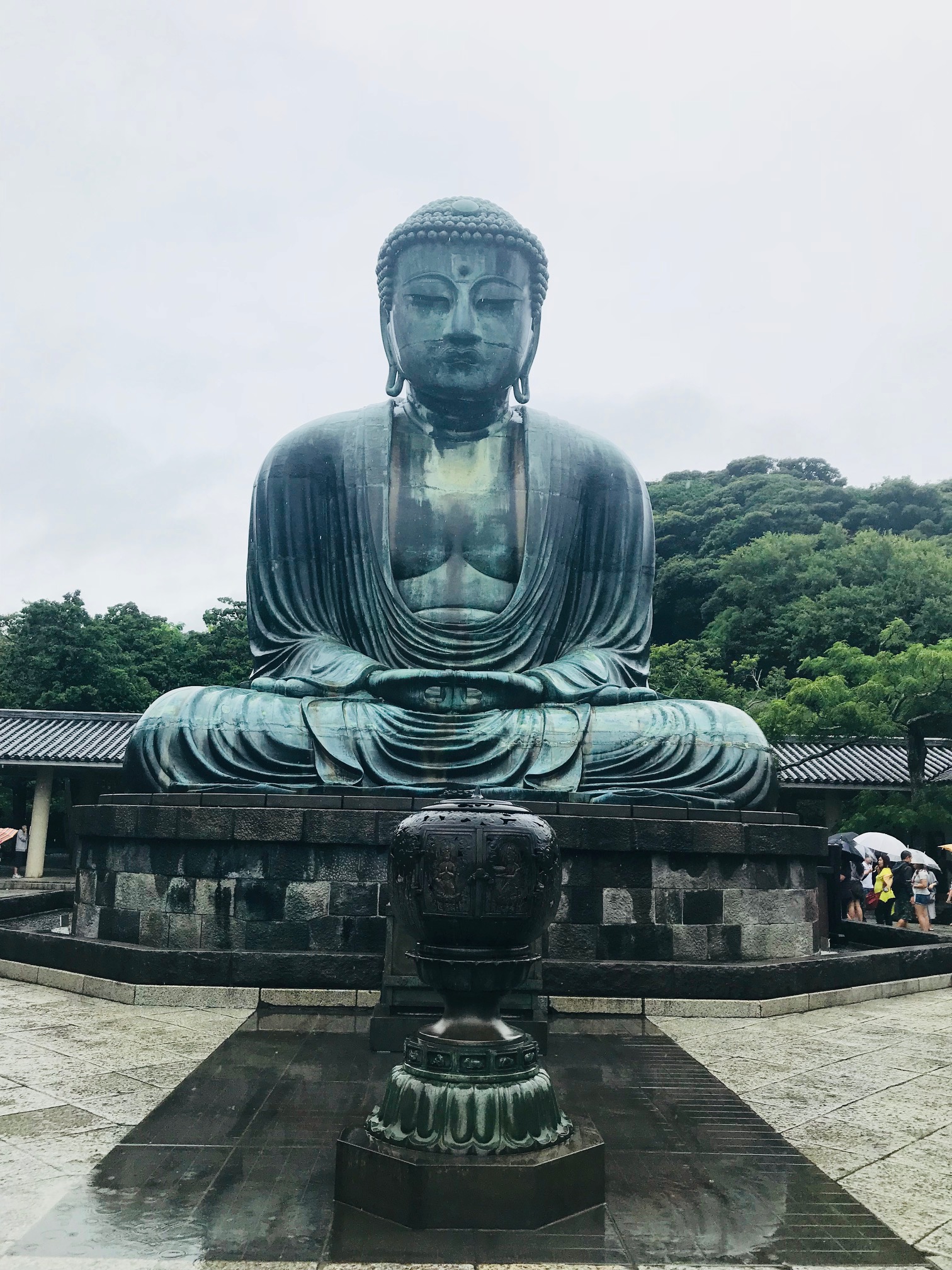 Close to the Big Buddha, walking around those doll streets, we saw the small Shugenji Temple. 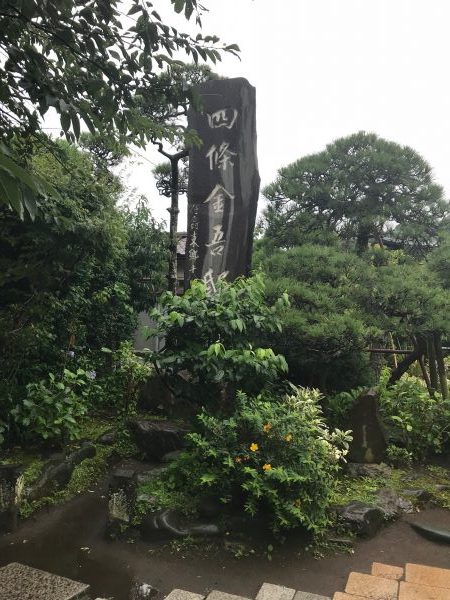 Exploring, we arrived at the beach, my first beach in Japan!, its sand is volcanic, due to the number of volcanos that form this country. A very funny sign I saw indicated us what to do in case of a tsunami: if you see the sea looking unusually weird, run! Luckily it was just a bit wavy. 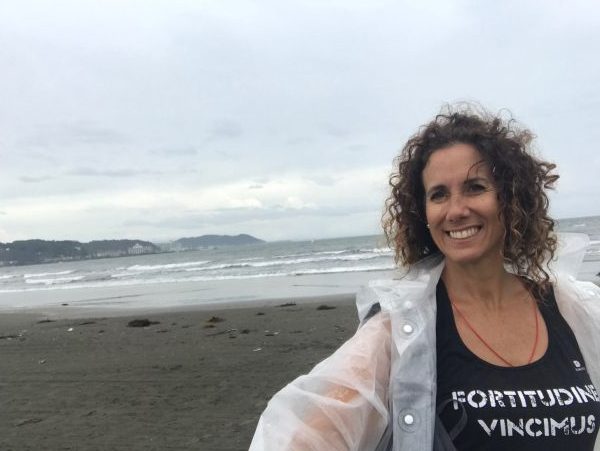 As July is the typhoon season the rain came with us the whole day, it didn’t bother us, it’s only water after all. We bought a few umbrellas in the yen shop, some of my friends love this shop, anything can be found there.

Well-equipped but hungry we got back to the center of Kamakura and in Komachi Street we found, besides loads of life and colours in the rain, many places to eat and little cute shops, they all had shrines in the entrance. 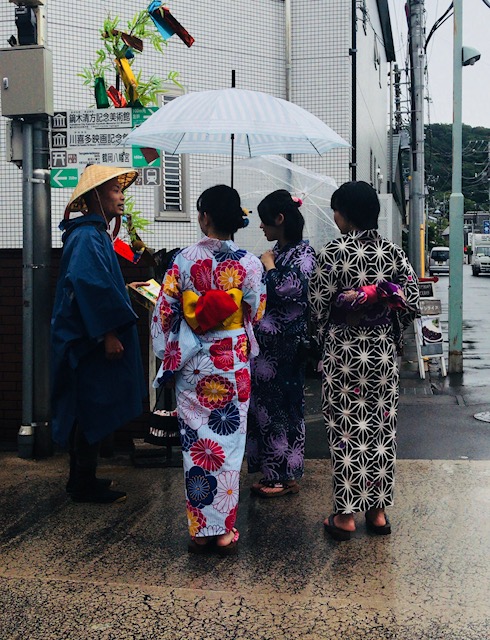 Today’s book is only available in Spanish, so on this English version of the post I’d like to share with you the first book I ever read in English, Child of the Dawn by Gautama Chopra. Gautama means “the enlightened one”, name given to Buddha and as a few temples and Buddha’s have accompanied us on this trip, this is my small tribute.

A short story about this orphan looking for wealth and power will show you and him –“a magical journey of Awakening”. 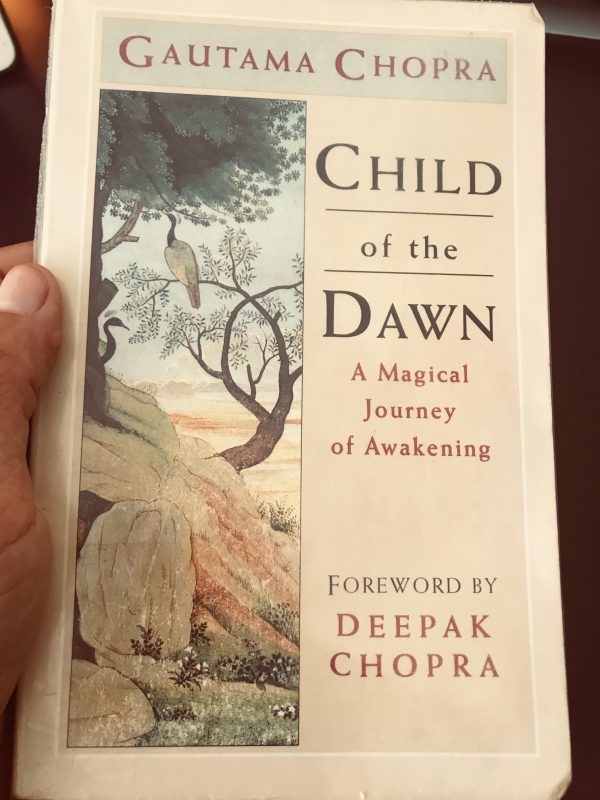 Mantra of the Great Compassion