We’re going to the theatre with Eva in Buenos Aires. 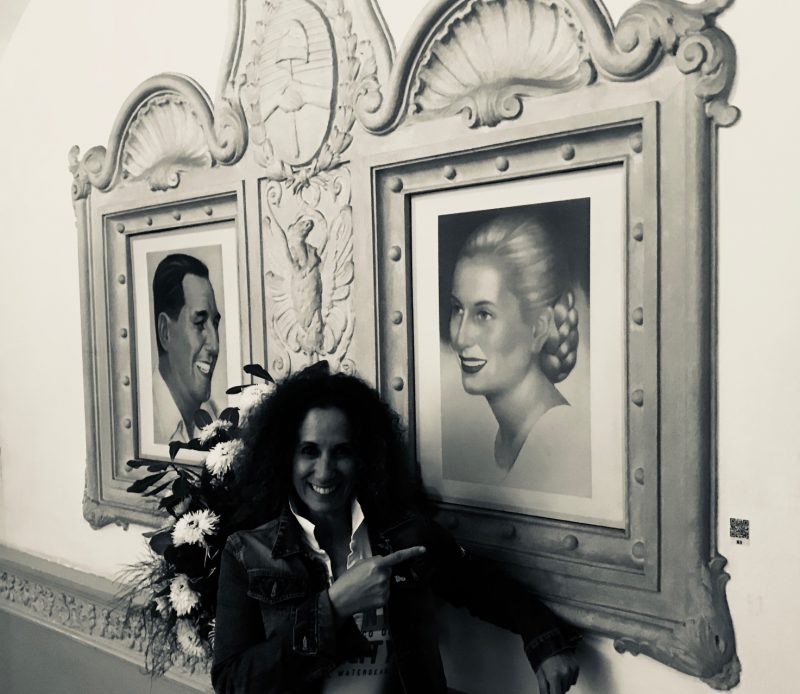 It was a woman ahead of her time, an actress that became First Lady, did a lot for her country in only a few years, achieved the female vote and even scandalized some dictator’s wife. Plain and elegant.

Eva Perón, one the most emblematic characters of this country and one of my idols, do you know her?

Buenos Aires cannot be visited without wanting to know a little bit more about her, so right after landing, literally, I headed to the Evita Museum, near the beautiful botanical gardens, in Palermo. It is set in a very nice mansion which used to accommodate women in need and her children in the beginning of last century, guess who sponsored them, yes, Eva Perón Foundation. 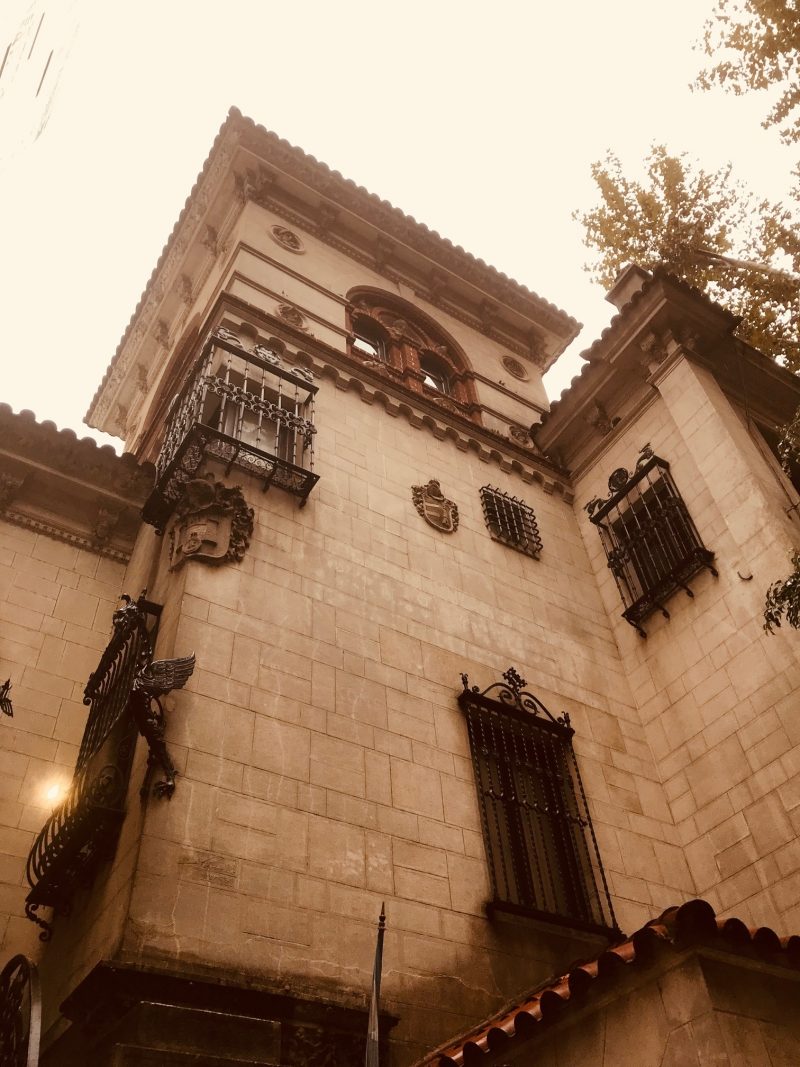 In the museum a kind gentleman with Majorcan roots would greet you and charge you for your ticket. The beginning of the little tour of the life of Evita’s is opened by seven of her dresses, each of them represents the last seven years of her life. They also keep a ballot box used for the women’s vote.

I enjoyed it a lot, I felt like I was visiting a friend. They don’t allow photography, so I invite you to see it in person. The only place we can capture and take home is the beautiful Cordoban interior patio. 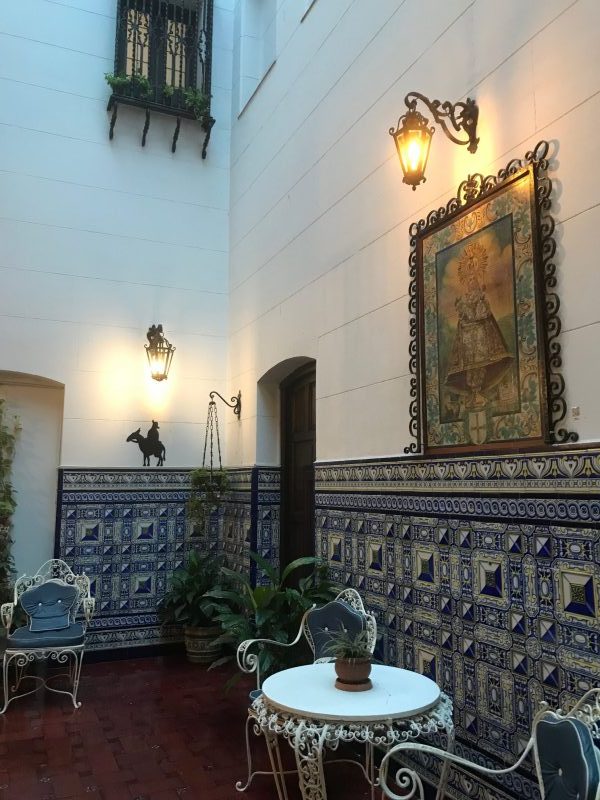 Eva died very young and her tomb is in La Recoleta Cemetery in the neighbourhood of the same name. Today it still is visited, like the house of John Lennon in New York City. There are some well-known people in our history who will never disappear, don’t you think? As the words on the plates of her tomb state “Eterna en el alma de tu pueblo”, eternal in the soul of your people. 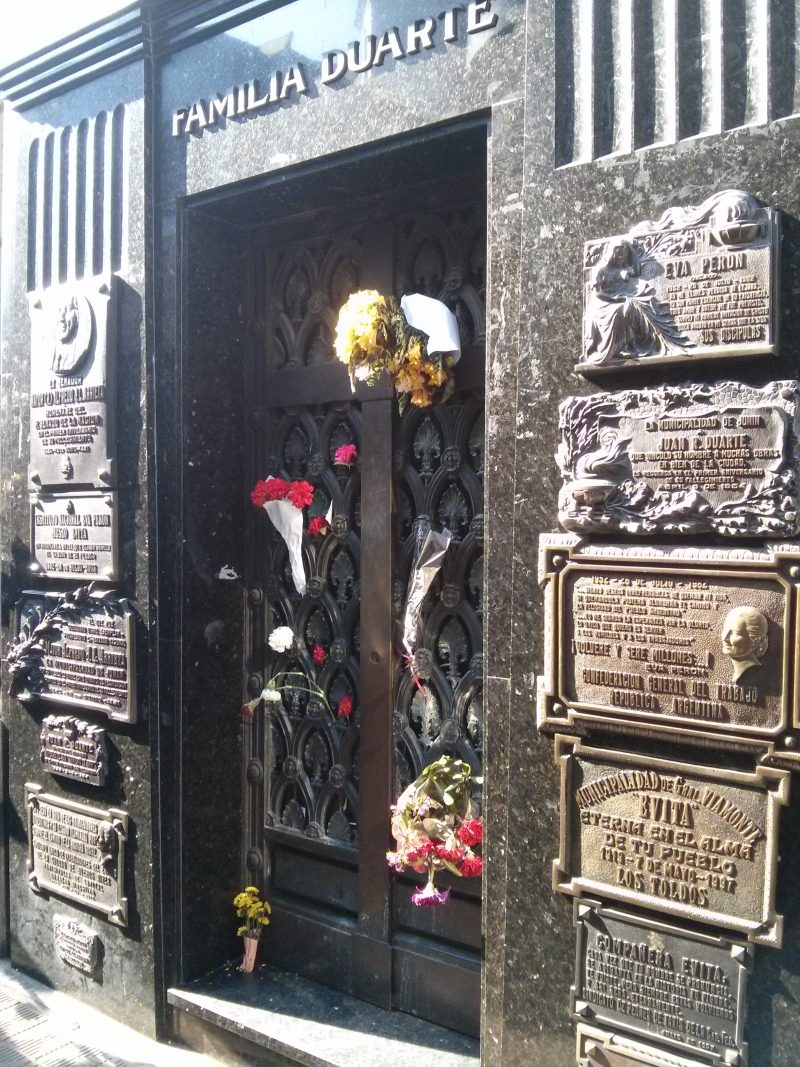 The Cemetery is near a nice park and next to its entrance it rises the Basilica of Pilar with its fresh colonial style, nice isn’t’ it? 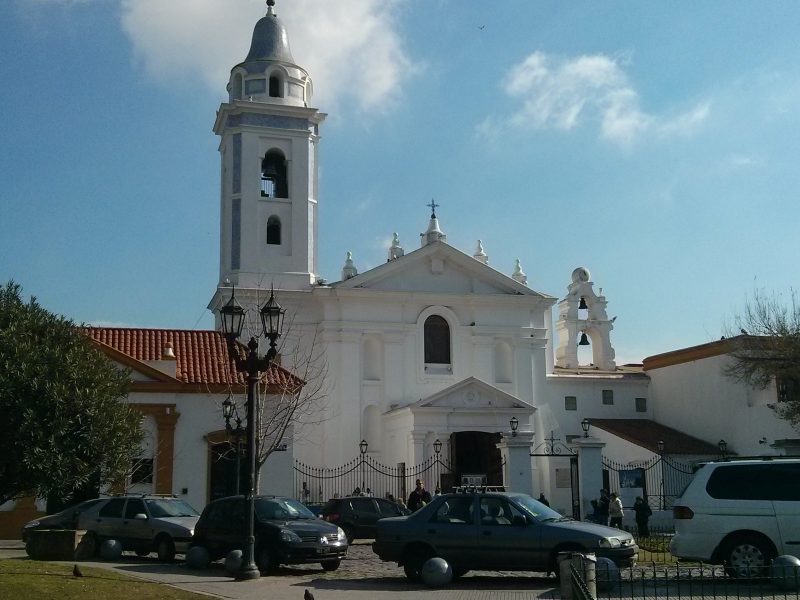 Not only there they pay her tribute, the Argentinians decided to immortalize her placing her image made of forged steel on the north and south faces of a skyscraper in 9 de Julio Avenue, one of the widest in the world, how grand! In the center of this avenue is the Plaza de la República which has an obelisk in its center, with the big BA letters people like their photo taken with. 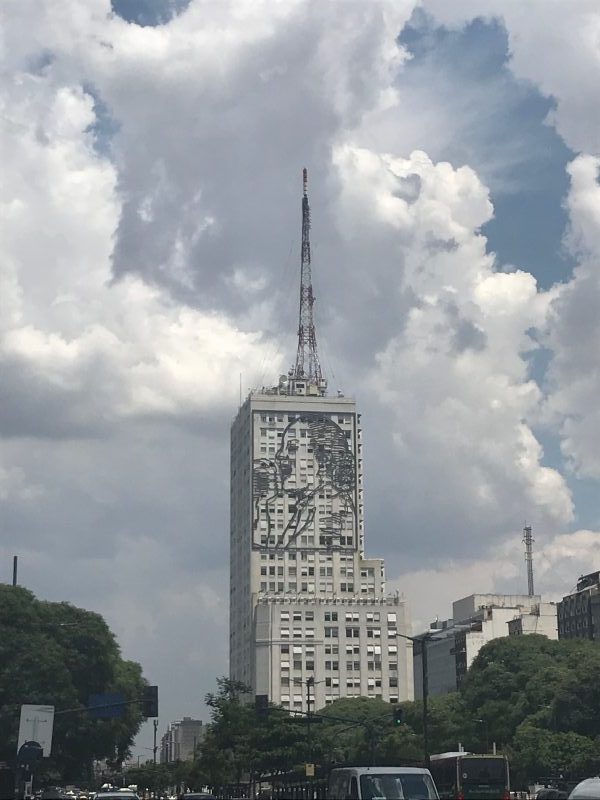 Crossing the numerous lanes of this avenue appears the majestic Teatro Colón, one of the most important ones in the world and beautiful as few. I couldn’t carry on my path without seeing inside, thing that I highly recommend you to do.

This is the main entrance, from plaza Lavalle with all its metal scores waiting for their director. 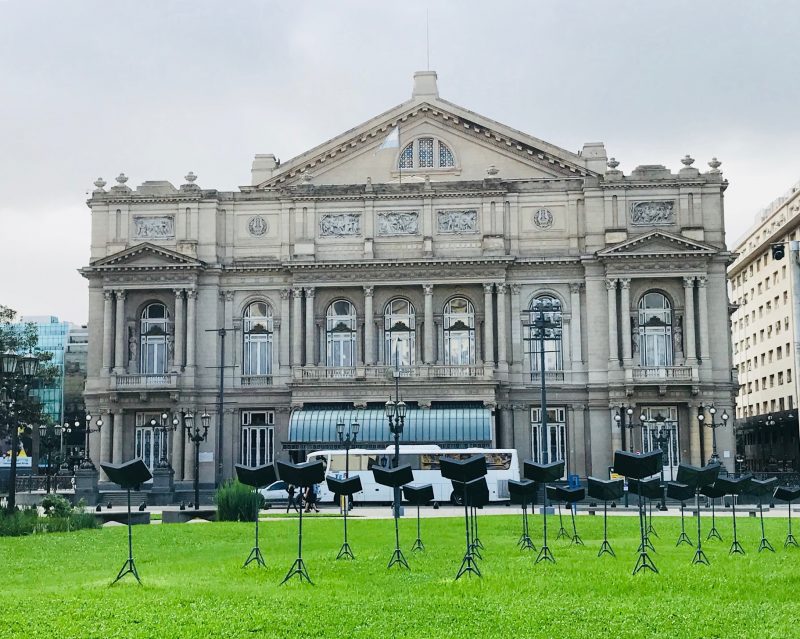 The visits in the theatre are guided and in ours we were lucky to have Ximena, how much history and how many anecdotes she told us! All that with plenty of humor. Every room she showed us was more and more magnificent. The Mirrow Alley, used in its beginnings to socialize and now place where they offer little concerts, is decorated WITH GOLD, I didn’t know where to look before all this beauty. The photo doesn’t do it any justice, I am afraid you’ll have to go and see it. 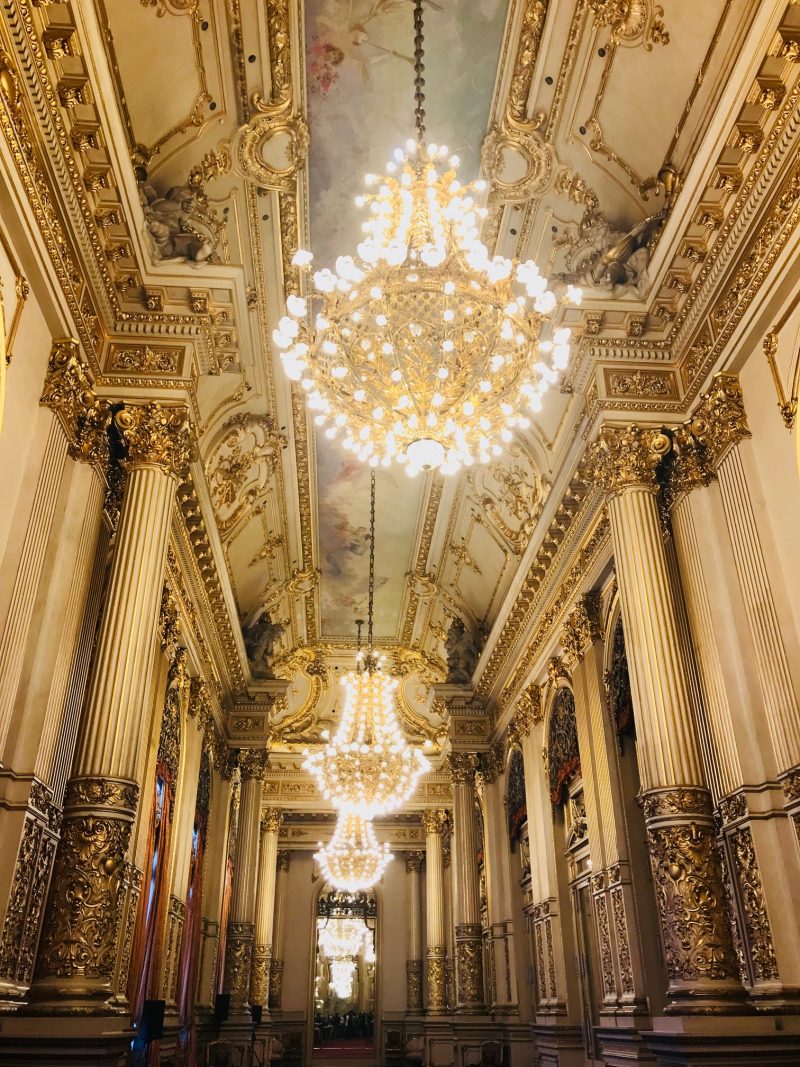 As you might have imagined the crown jewel was the main lounge, which made the thirty four delighted visitors whistle and wow. In its horse shoe shape it fits 2800 people, and the most impressive thing is that THEY DON’T USE SPEAKERS, can you imagine and Aida or a Carmen which notes reach your ears straight from the vocal cords of the performers? … Prodigious!

That, of course, wasn’t the only surprise, this theatre has something that makes it UNIQUE, musicians can be hidden inside its lamp and you’ll wonder what they are doing there. They reproduce celestial sounds as well as climatic ones, therefore they reach the public directly from heaven.

I hope to come back to the city to enjoy a play, it is always good to leave something “for next time” so we make sure to return, and it seems that whoever visits the Teatro Colón comes back to it.

In the busy Florida Street there is an art deco building with a very funny story. The young, new rich, Kavanagh built it only so the mother of her boyfriend of noble birth couldn’t see the church where she used to go, in revenge for her opposition to the marriage between the young girl and her son … she had a strong personality.

In those days they were celebrating a book fair, and as literature lover, there I went with my friend Kike. It was enormous, and half a planet were there. I was happy to see that culture was as successful as the national sport.

There I discovered a book called “What we become” by the Spanish writer Arturo Pérez-Reverte. It narrates a story of romance, intrigues and challenges that has the Buenos Aires of the 1930’s as one of its scenes. A game of chess, music, conspiracy, the Spanish Civil War, all of that dressed with a lot of eroticism. The Old Guard refers to the cultural movement and to a group of musicians and dancers who consolidated the tango we know today, which used to be danced amongst men. In its origins they’d dance it in the docks of the city, row, almost obscene it had more to do with sex than with the ball dance we know today. 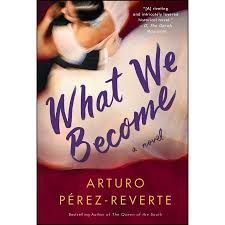