We’ve arrived in Memphis, the biggest city in the state of Tennessee, after a three hour drive from Nashville and, as Marc Cohn says in his song, “we followed the ghost of Elvis up to the gates of Graceland“

I’ve never considered myself a fan crazy about Elvis, I do like his music and I think he was very HANDSOME, but the idea of seeing his mansion kept me excited the whole way, and when we got there… what a joy!

After purchasing a ticket for the tour and putting and iPad around our necks, they took us to Graceland on a minibus. We went from room to room, whilst listening about what events took place in every corner of the house during his time. We got to the Jungle Room, the one the song speaks about, inspired by Hawaii, place The King loved very much and where he filmed a few movies, I’m sure you’ve seen some.

We saw two pianos in the house, one in the music lounge, grand and white and another one in the gym and game’s room, I felt a knot in my stomach when I found out that the black one was the last one he played before he died.

The most touching part was when we reached the “Meditation Garden”, where he is buried with his family. I got emotional and let go a few tears, I think it’s a place that touches everyone who stands there somehow.

Finishing this emotional tour and after seeing his planes, we went to another hitanerve place, the Lorraine Motel, now The Civil Rights Museum for being the place where they assassinated Martin Luther King. 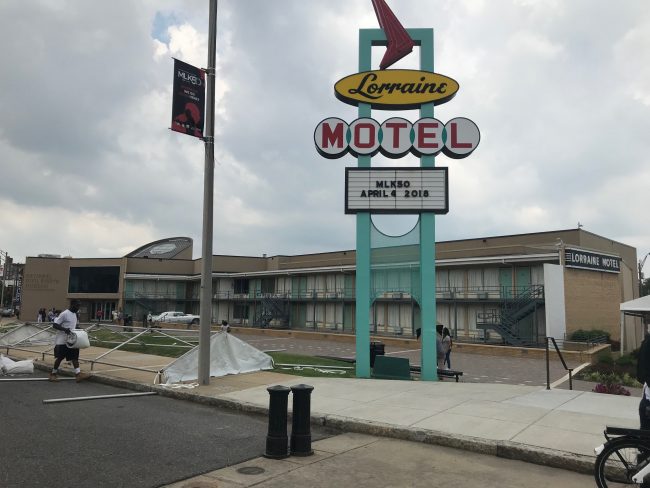 In its interior there is a tour throughout the history of the Afro-American fight for equality and freedom, starting with Rosa Parks, the first woman who refused to give up her seat to a white man and move to the back of the bus, which devolved into a protest that lasted over a year, in that time no black person used public transport, the leader was an unknown Martin Luther King.

You’ll also find a recreation of the Freedom Ride bus used by a group of black and white activists to go across the south, in protest against the segregation in the bus terminals, when they reached Alabama it was burned and that triggered many more protests.

I suddenly heard “I have a dream”, and there he was on a video giving his famous speech, I felt my eyes watered again, I get goose pumps every time I hear this phrase; continuing the tour we see the march known as I am a man, reason why MLK was in Memphis when he was murdered.

Following our tour around Memphis we passed the Beale Street of our song, heart of the blues, music and historical district. Very close is one of the oldest hotels of the city, the Peabody Hotel, since 1930 five ducks live happily in the fountain of the hotel’s beautiful lobby, they are trained to march to the sound of a song; every day at 11am they go down the elevator, cross the red carpet to the fountain, which will be their playground till 5pm when the Duckmaster takes them back to the roof top where they live. I recommend you to stop by to see them, they are ever so cute!

With a smile on our faces and looking forward to seeing the Mississippi River, Tom Sawyer’s playground, we found ourselves in front of the Pyramid Arena, the sixth biggest pyramid in the world and former Grizzlies stadium, Marc Gasol’s team; it is now a hotel and a mall, very cool I must say, taking into account that I am not fan of shopping. It even has three poor crocodiles in a lake. In its center there is an elevator that takes you to the observatory where you’ll be able to see the immense river and Hernando Soto’s bridge, in honor to the first explorer. I loved it! If you ever there, go up, it is really worth it.

Today of course, I chose the most famous book by the American author Mark Twain, The adventures of Tom Sawyer, who hasn’t heard about this little rogue? Twain delighted us with the adventures of this boy and his inseparable and vagabond friend Huck, whom Tom admired as he represented a life of freedom, away from society restrictions and institutions that the author satirizes.

In the book he shows us the maturity Tom reaches in the years before the War of Secession, how he fools his friends with innocent games which take them into more serious adults games. They witness a murder and that will take them to an island far from their village and the life they know. After a few adventures, Tom will come back more mature from this treasure island, which symbolizes his own transformation, while the treasure symbolizes the entrance of Huck into society, who will be finally adopted. 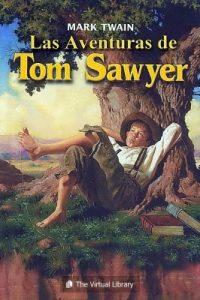 As I mentioned on my post about Eva Peron, there are some people in our history who will never disappear, Elvis and Martin are two more examples of that.