The Emirate of Kuwait. 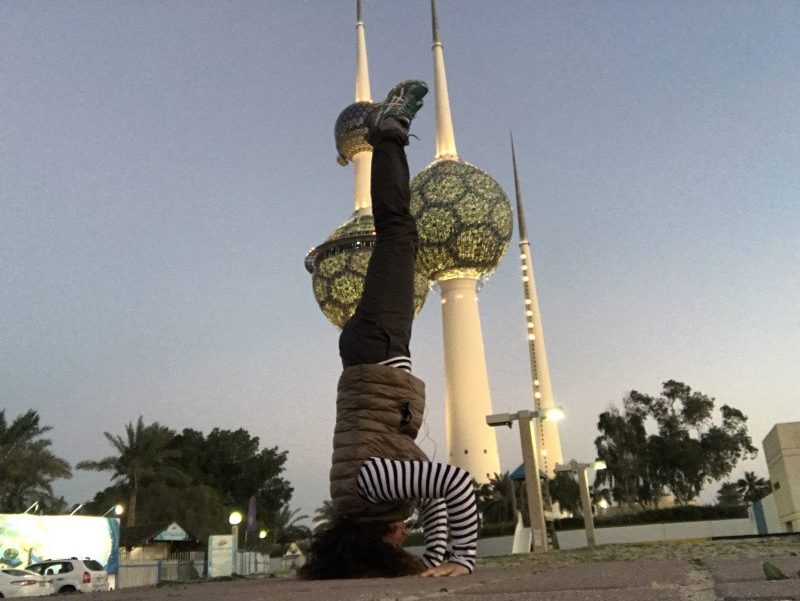 Kuwait, which etymology in arabic means “little fort”,  is located in the Persian Gulf, that’s why its temperatures in the summer are quite high. Out of all the times I visited it I have to say that December was the month I could venture out & about without melting.

Kuwait is one of the richest countries in the world, it sits on loads of oil. If you are around my age you’ll also remember it for its implication in the Gulf War. I remember when Sadam retreated, he burnt many oil rinks, imagine the ecological implication.

Nowadays there are only a few ruins left of what happened in those days, when we all got a bit scared. They keep them as a reminder of something that shouldn’t happen again. 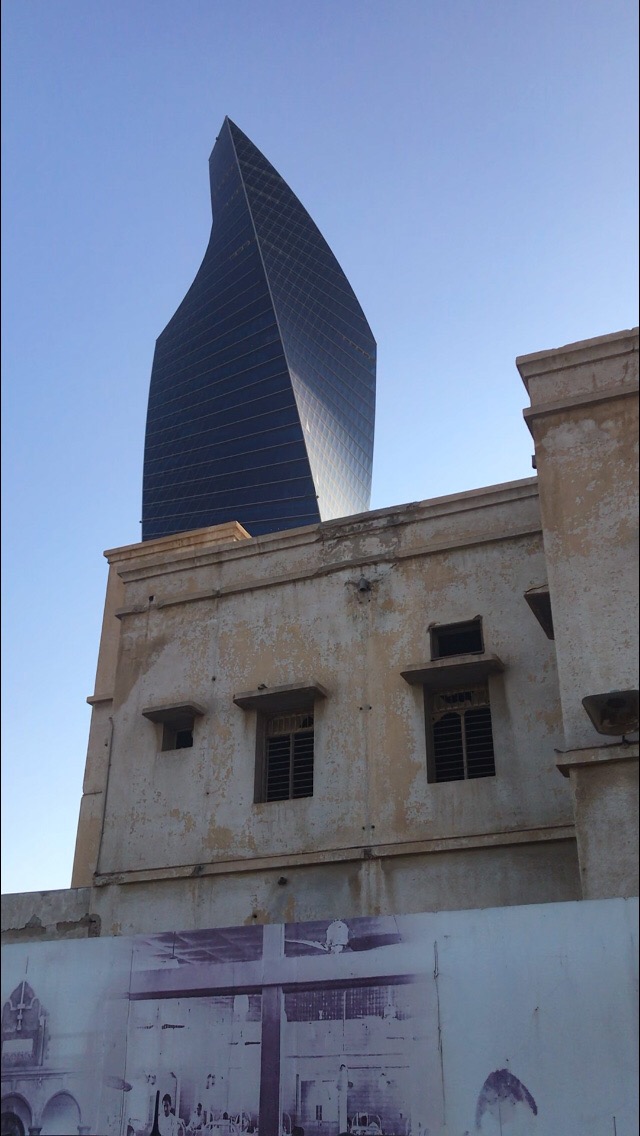 The rest of the city is modern with a little touch of traditional. I went for a walk to discover it with no internet, so I marked my route like I was telling you on my post “Tips for travelling part 1″

Looking up at the skyscrapers I headed to one that caught my attention for its shape, the Al Hamra tower, the tallest in Kuwait & it seems that it’s also the tallest sculpted tower in the world. 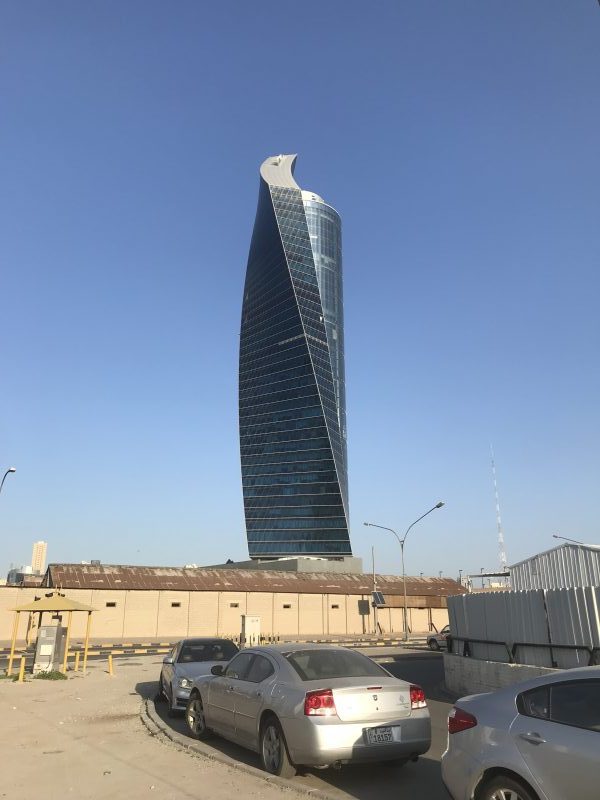 Along the way I was finding different skylines of the city with the sun right behind them, some of the shapes were quite singular. I must say that the architects in the Middle East really make an impression. 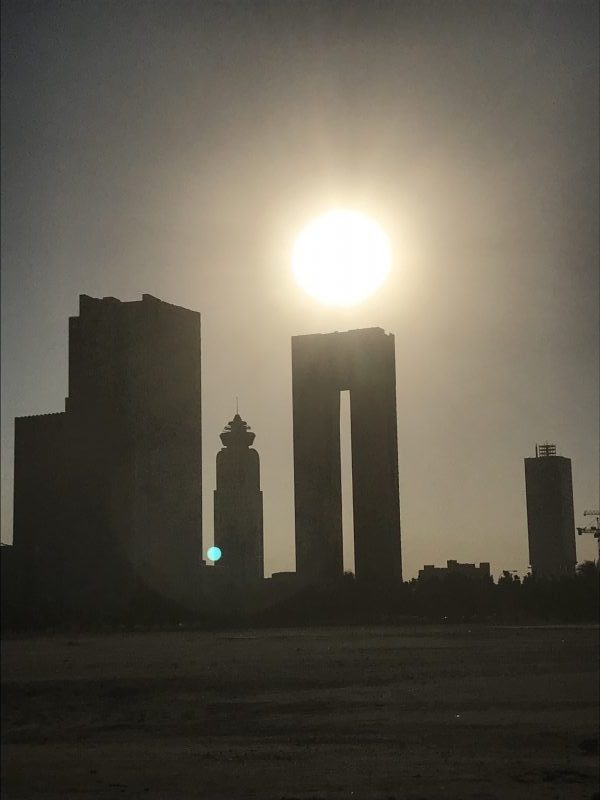 The Liberation Tower also saluted me on my way. 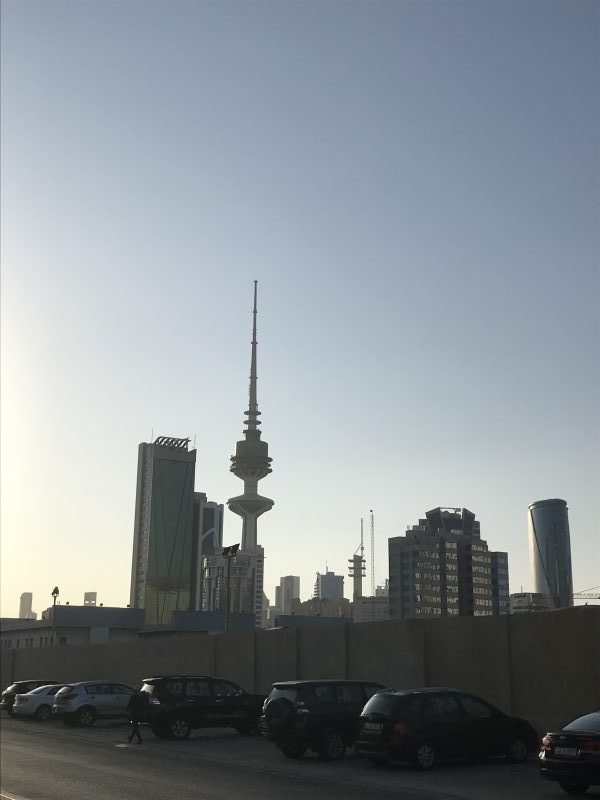 I kept walking & arrived at the Grand Mosque on the waterfront, but unfortunately was closed, so I couldn’t see its interior that I’ve heard is beautiful. 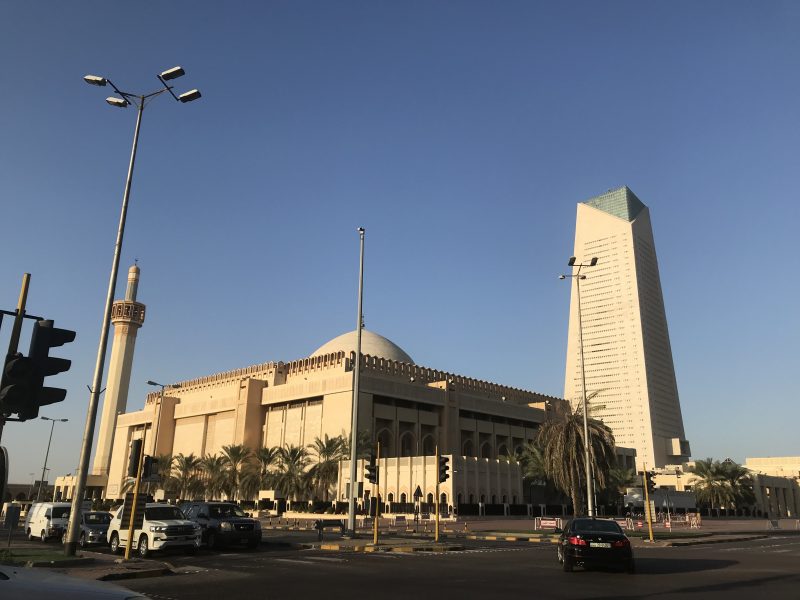 Next to it there is a park with a pretty modern fountain. 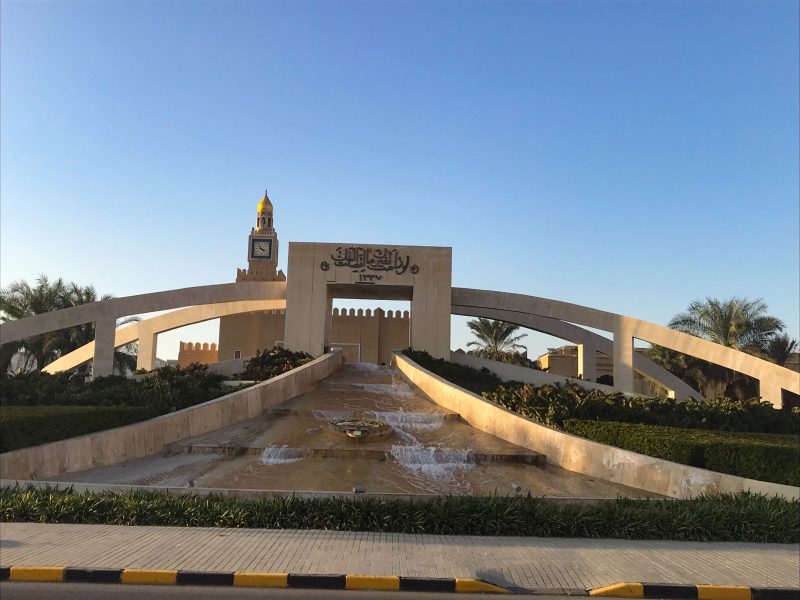 That area is where we can find ministries or  libraries like the Arabic poetry like Al-Babtain Library for Arabic Poetry, that was also closed. 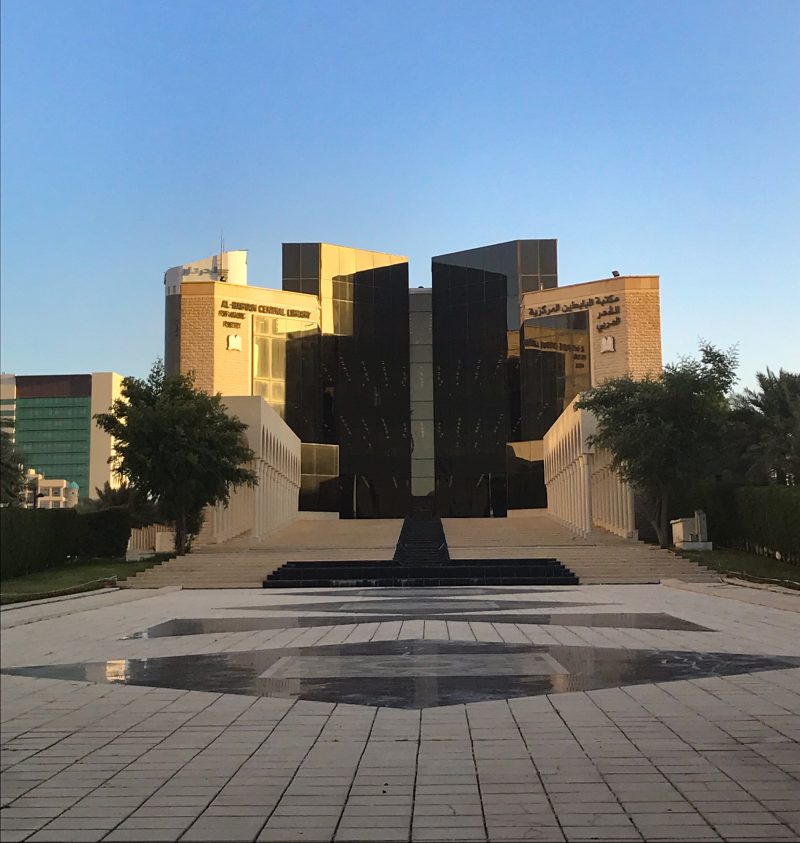 Some banks like the Central Bank of Kuwait, I bet it has a good viewpoint. 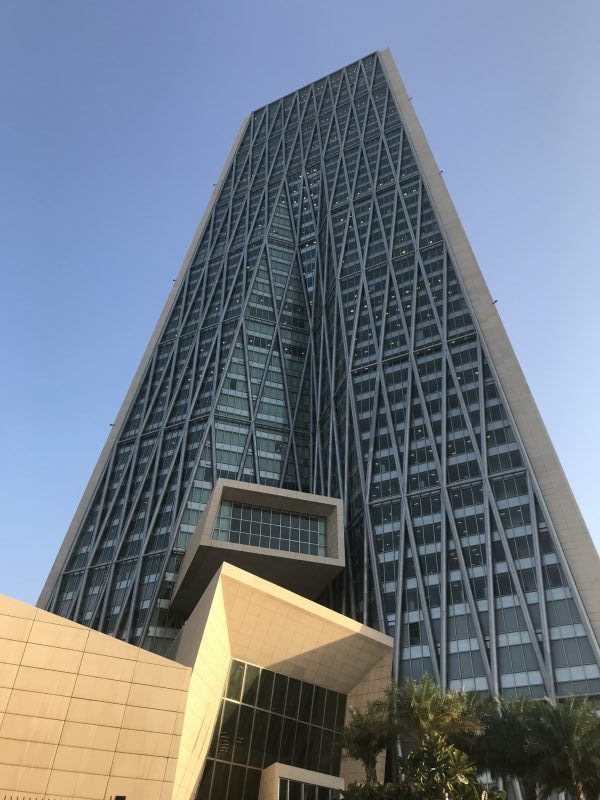 Strolling along the seafront & leaving all those great skyscrapers behind, I arrived to the Fish Market, that was already closing after having sold the catch of the day. 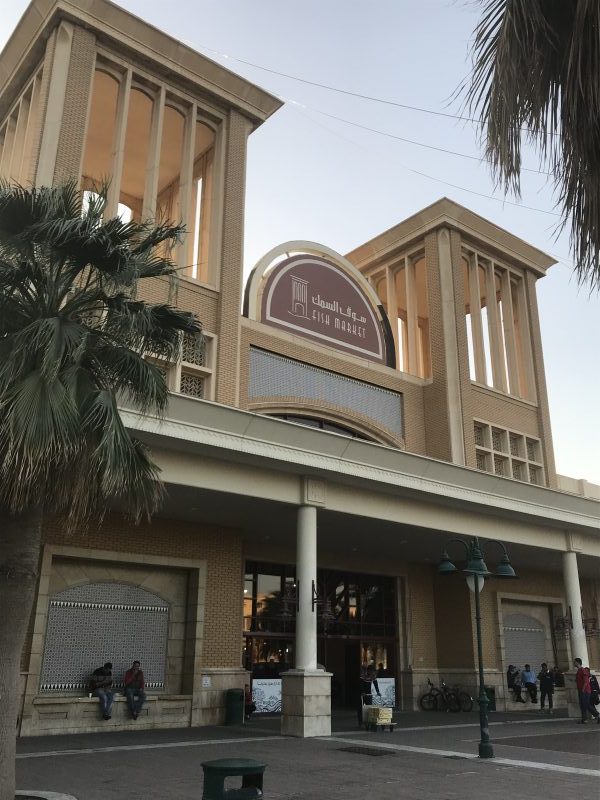 Their fishing boats & dhows, typical vessels I told you about on my post about Oman, are moored right next to it. 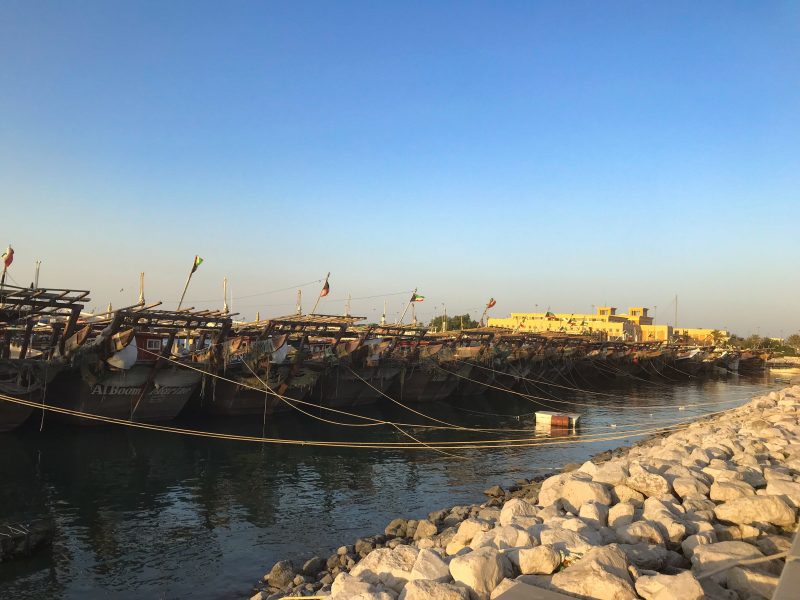 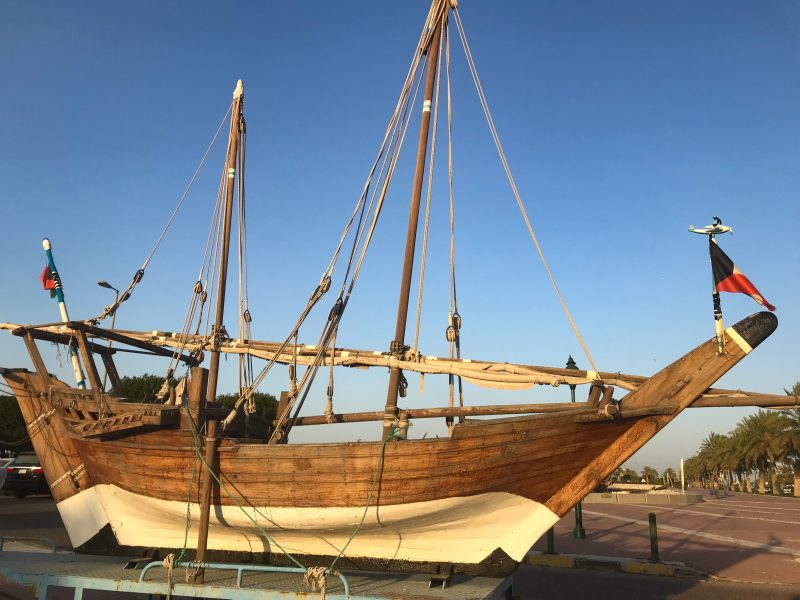 The temperature was wonderful so I kept walking on the waterfront till I arrived to a pier. 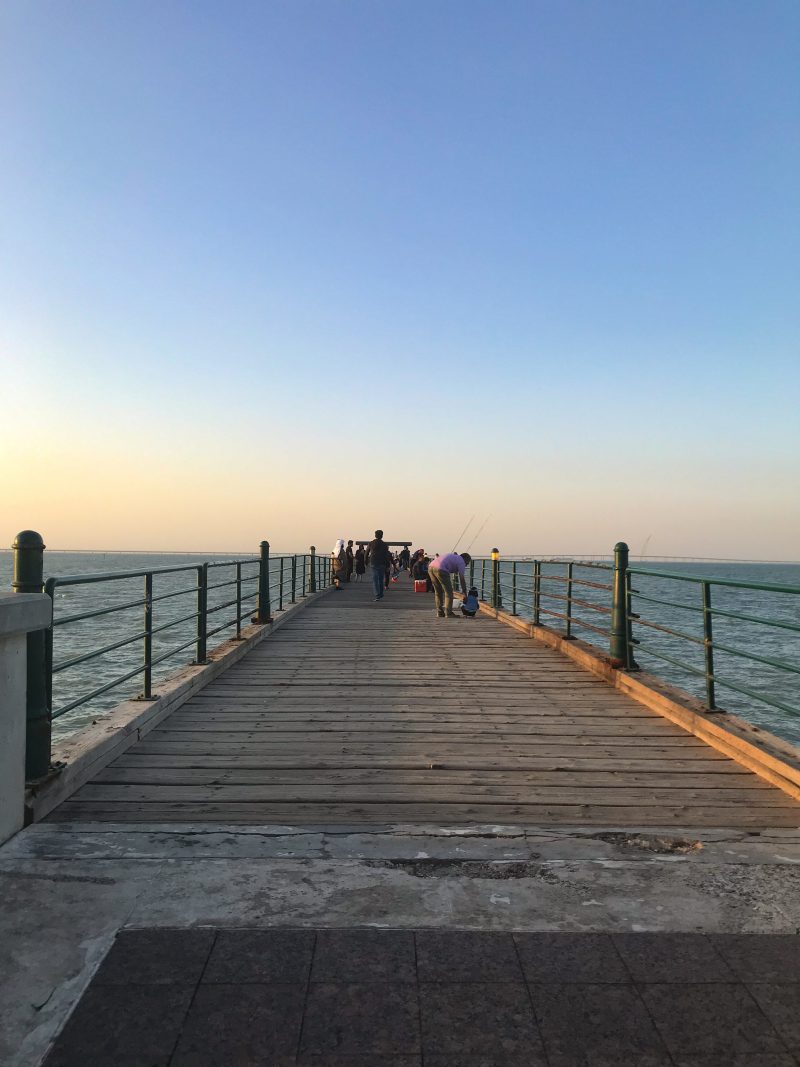 There I headed to, after petting some Kuwaiti cats. Walking into the sea, feeling more the lash of the wind, turning around & seeing the city from there was a part of my day, I really liked. 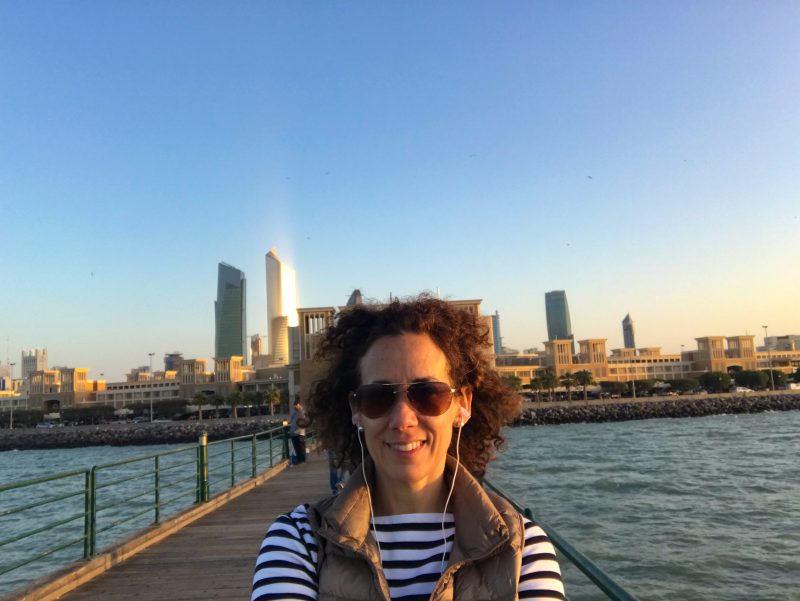 The sun was quite low when I arrived at Souk Sharq, a shopping mall with a closed port protected from the sea. 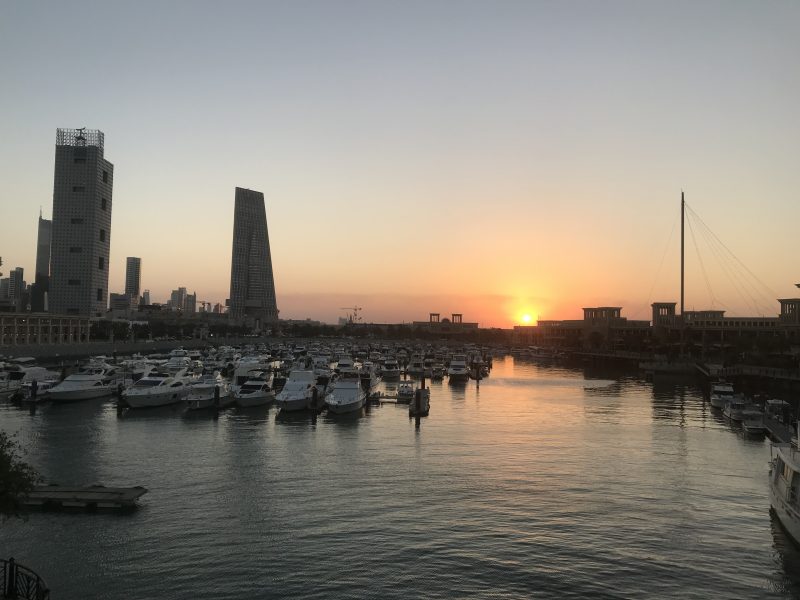 A few minutes away are the famous Kuwait Towers. Three towers built in 1977, one is revolving & shines in the dark, it is a very cool effect. On the other one there is a lookout. 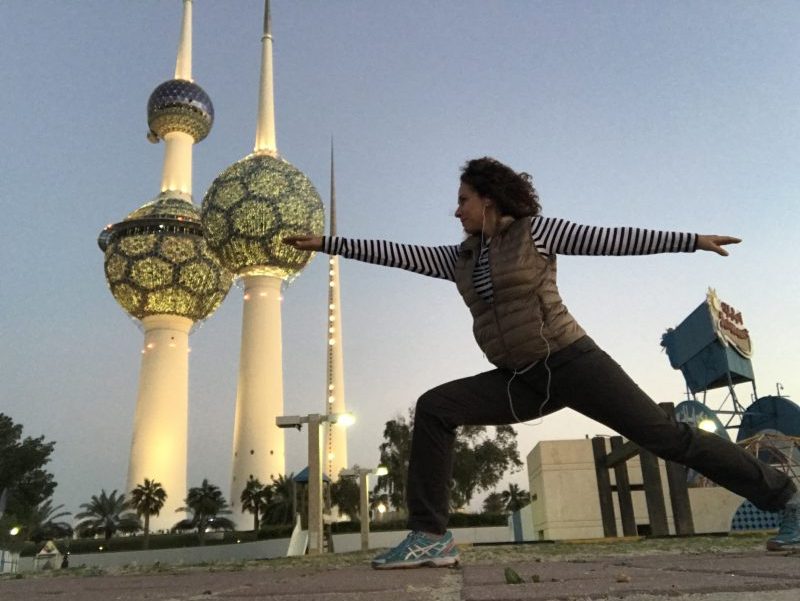 They have become the symbol of modern Kuwait. During the Gulf War Sadam Hussein hoped to demolish them, fortunately they were only damage a little bit. 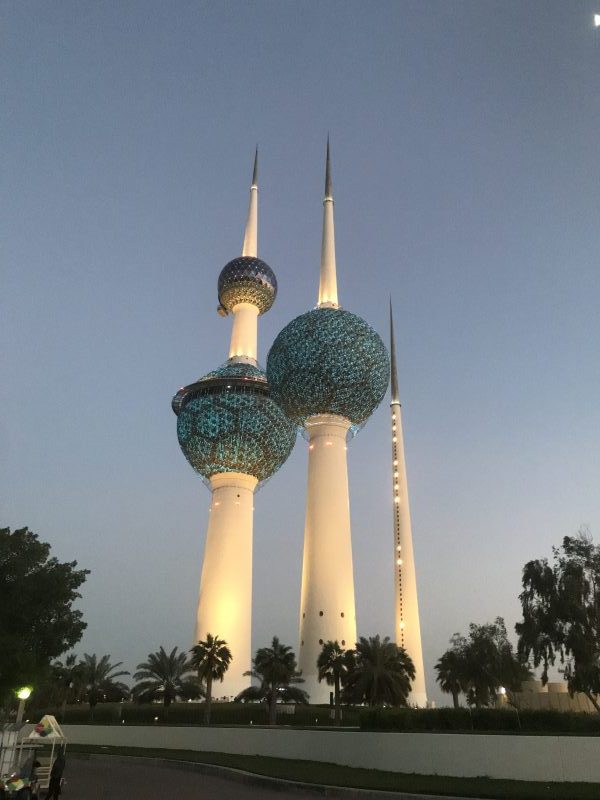 It was already dark, so I decided to go back to the hotel, luckily I had my route mark with dots on Google maps, as I passed a construction side & I have no clue of how I would’ve got out of there if it hadn’t been for that.

Before I got to that “no man’s land” I saw a kind of exhibition or reunion of classic cars, like from the 50’s or 60’s. I had to stay a bit & have a look, some were quite bizarre. 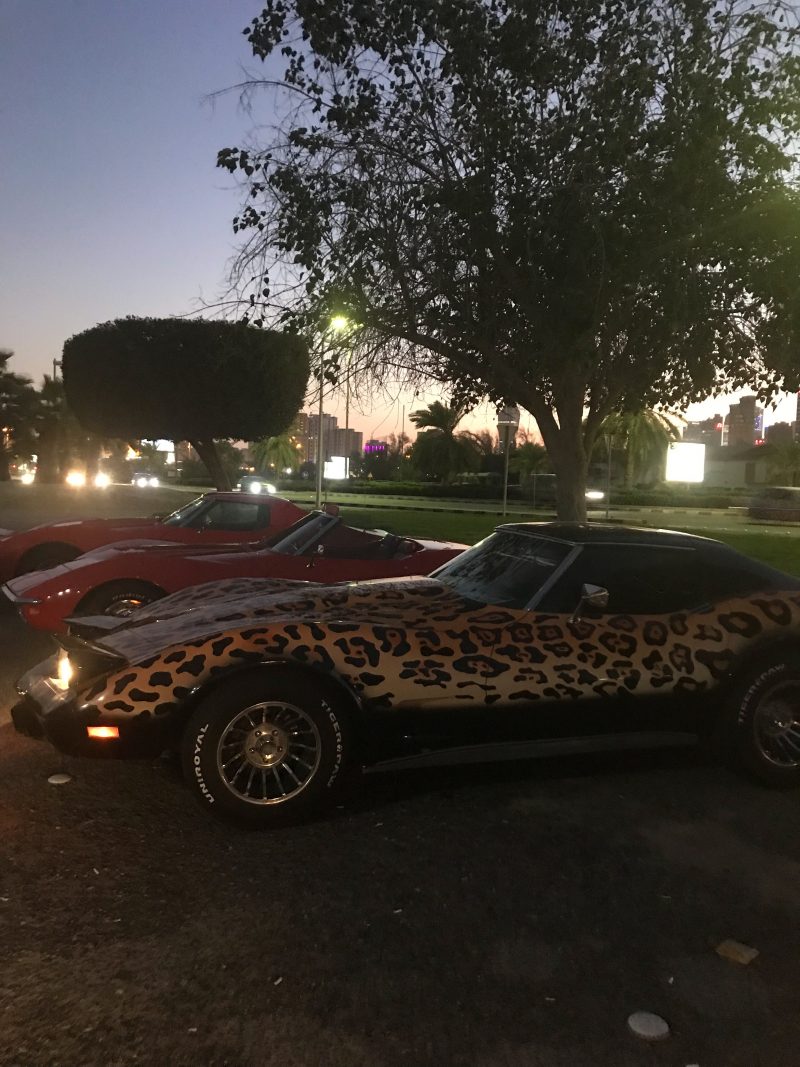 In another occasion, when I visited this city during a very hot month, I went for breakfast to the port with a friend. Display of affection is not popular in the streets, so greetings are down to a simple “hello”. Men amongst themselves, on the other hand, kiss a lot. 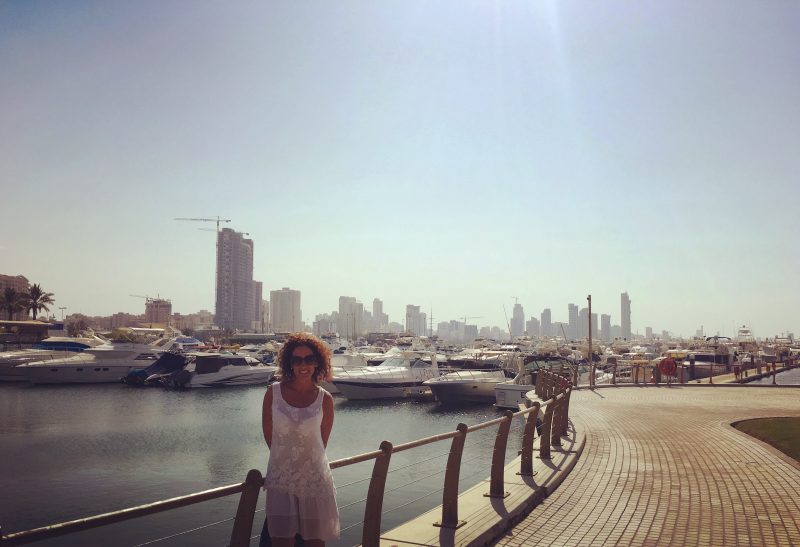 Later on my friend invited me to workout in his Crossfit box. The most traditional local girls train in another room where boys are not allowed, so I trained with them. They told me they can workout with the men, but they have to wear scarf & that, of course, is a bit uncomfortable whilst training. 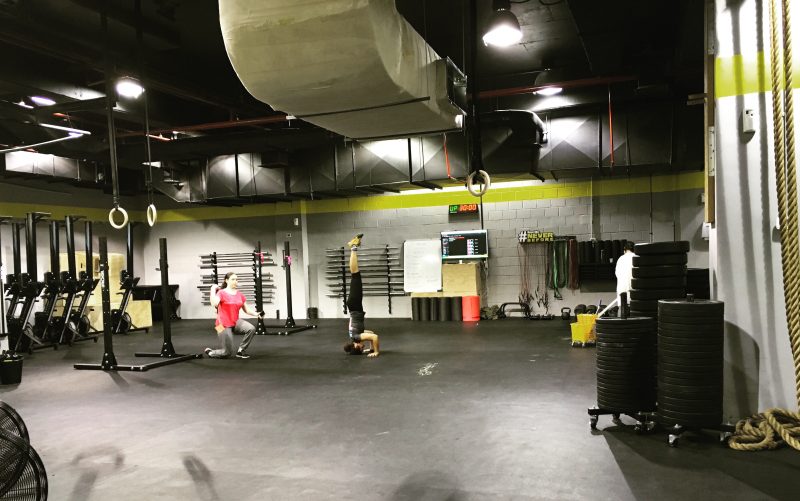 This is a “dry country” so alcohol is not allowed, if you go out for lunch or dinner & ask for juice they’ll bring it full of sugar, that they love, heaps of it!!

Today I’ll talk about one of the first books of Julia Navarro, “The bible of clay”. Novel full of mystery, intrigue & terror. It introduces four friends who get together almost at the end of their lives to kill Tannenberg, someone they’ve spent their lives searching for & have finally located thanks to a congress in Rome, where his granddaughter brought to light the “bible of clay”, what it could be a very important archeological discovery as well as religious. Tannenberg lives now in an Irak about to be invaded by Bush. Who are those four friends in reality & what’s their reason for hiring someone to eliminate from the face of the earth that man from their past? Who is Tannenberg in reality & what did he do? Will they excavate to find that 3000 year truth waiting to be found in the Iraqi desert? Murders, powerful men, art traffickers, men with an obscure past, elders with thirst for vengeance, all of it intertwined in an entertaining & intriguing plot. 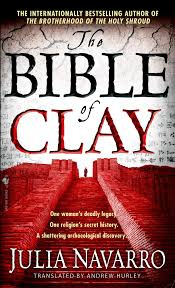