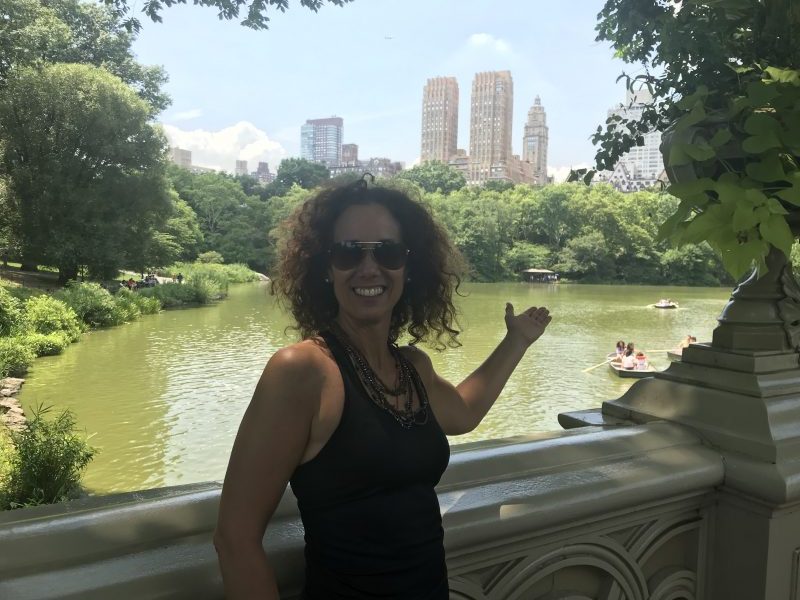 On one of my first posts we had breakfast in Central Park, there is so much to do there, it offers us so many wonders that I have decided to take you back to it once again.

What’s your favourite season in New York City? I find it difficult to choose one, although I have a funny anecdote about the winter one, when I once dragged my friend Virgina for a walk in the park, all because I wanted to take a picture of a particular place. 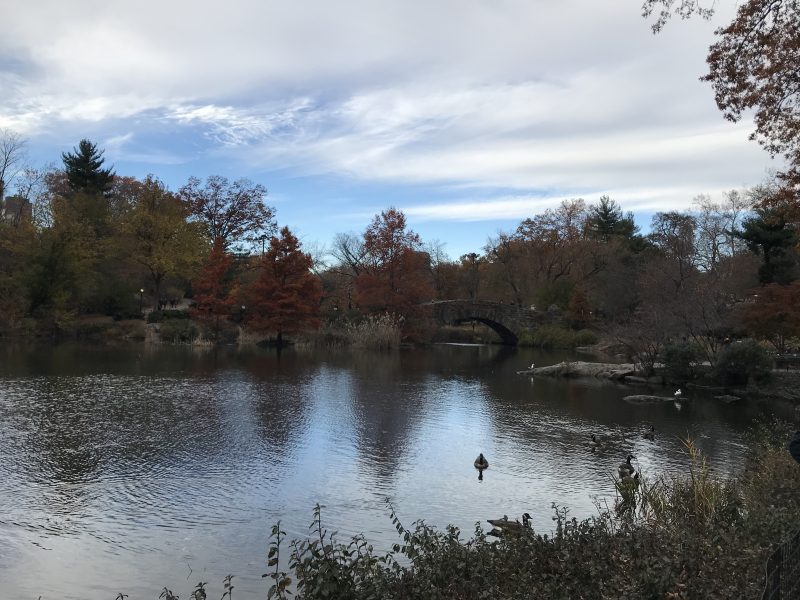 When we’re leaving to meet some friends she said, “Darling, could we leave the park visits for the summer, please?” bless her, I think she froze a bit. That didn’t stop us from having a laugh like in “Sex in the city”. 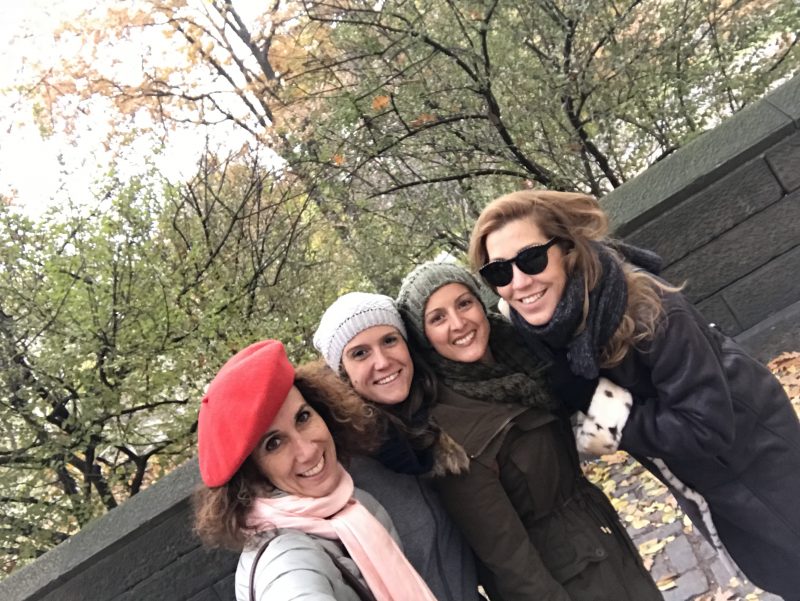 The fall is beautiful, the parks fills up with different shades of brown, red, golden and yellow, it’s like a being in a fairy tale. 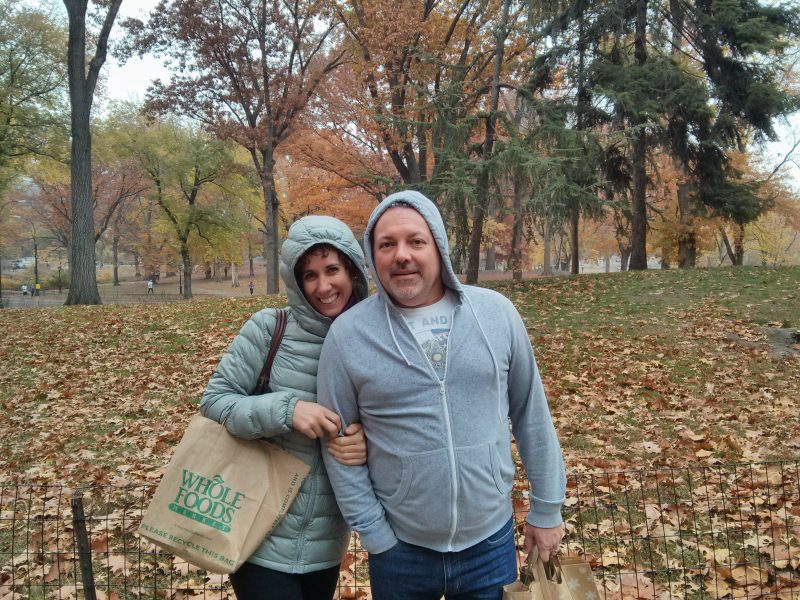 The summer arrives hot, very hot, in this city full of contrasts, that’s why the park is the ideal place to go for a walk under the shade of its trees or to practice sport. Its evenings are busy with concerts & other events. 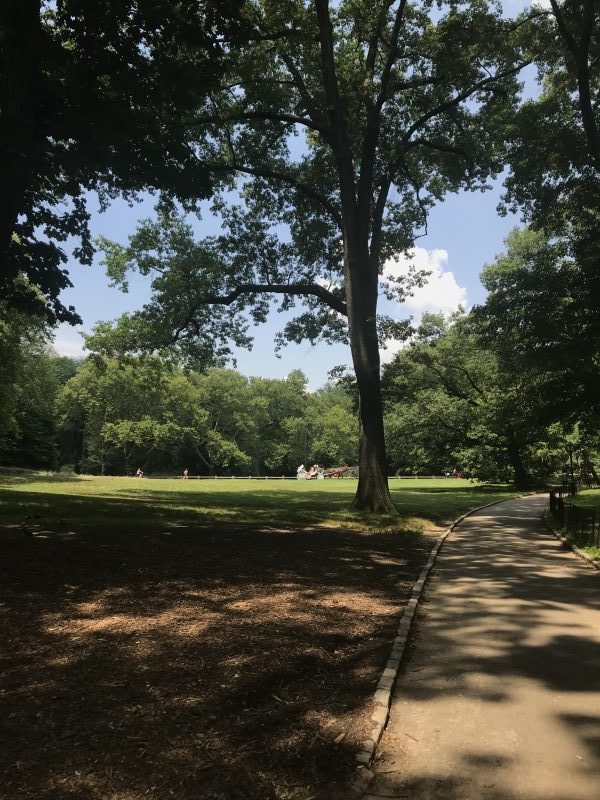 If you access the park from the north, where the Hotel Plaza is, you’ll pass near a lake with a very cute bridge. 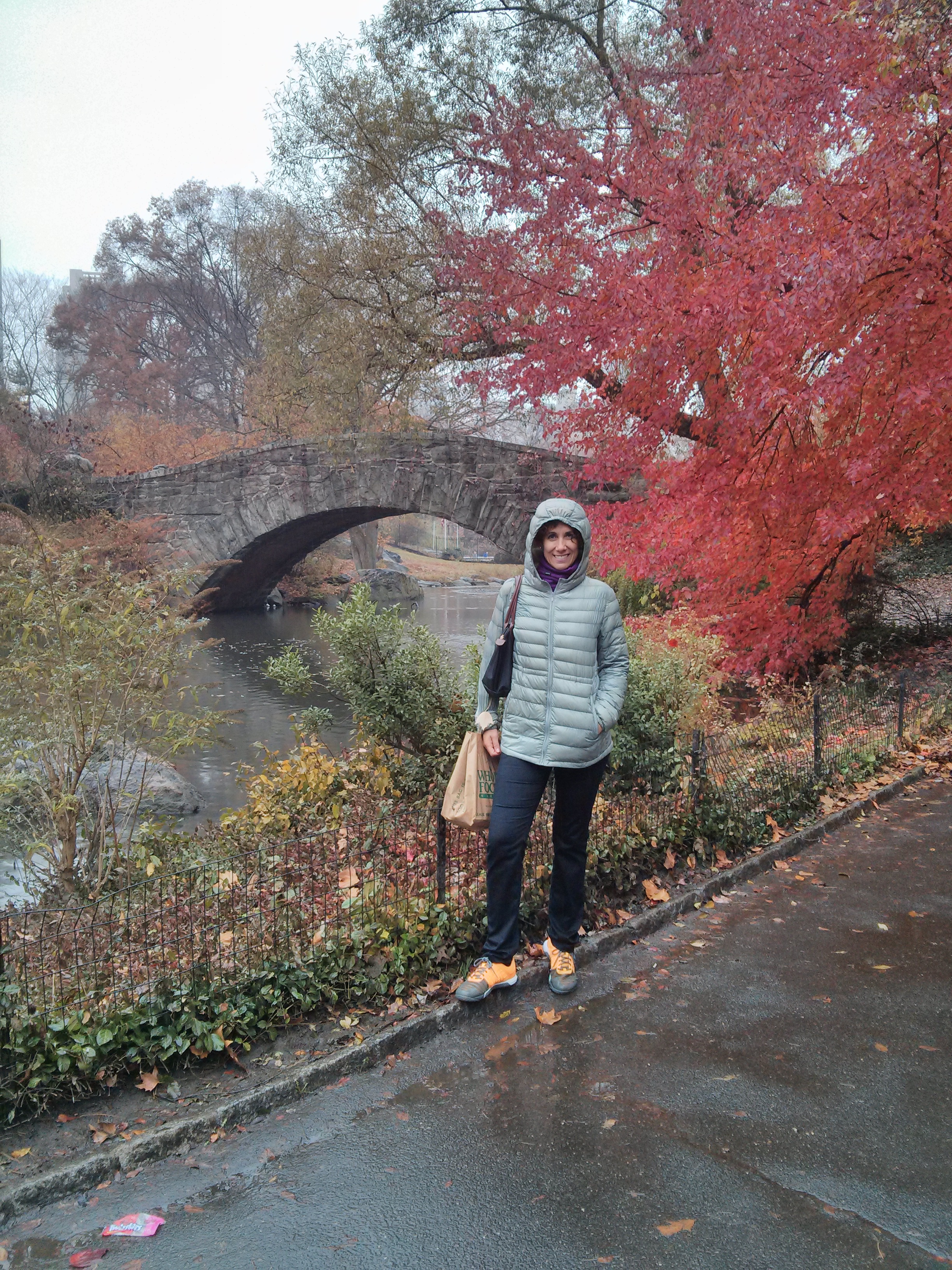 Nearby there’s a little rocky hill that contrasts with the skyscrapers, if not have a look at our “climber”. 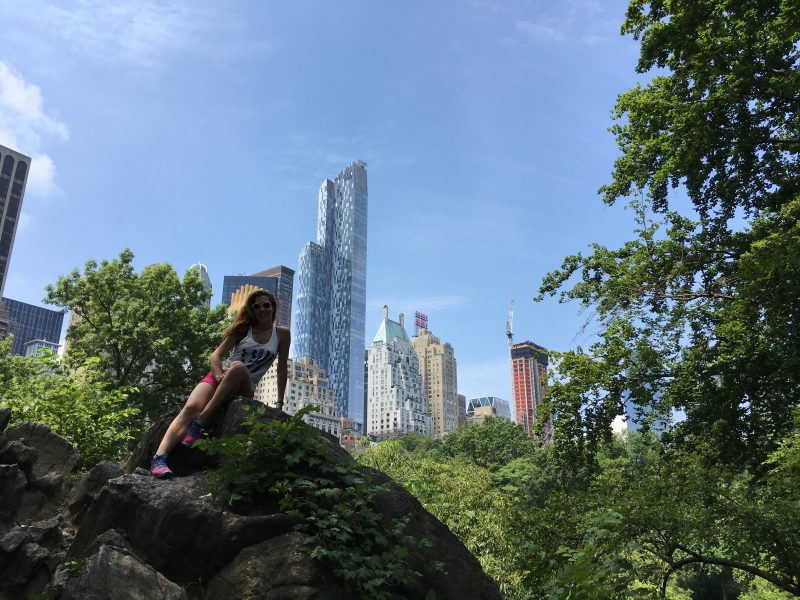 Not far from there, walking on the east side of the park, there is the zoo, I am not fan of having animals locked up, so I just keep walking. Near the seventy fourth street there is another small lake where little boats sail by remote control, it’s very popular in the big screen, I am sure you’ll have seen it in many movies. 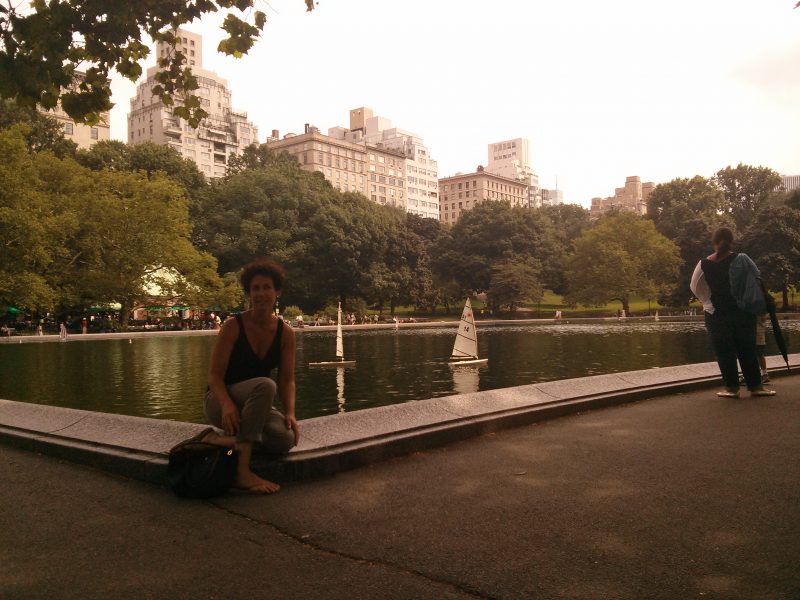 North of this lake there is a statue of Alice in Wonderland, in fact there are a few statues in the park, like the Witch or Hans Christian Andersen, but my favourite is the one of the dog called Balto who has a very moving story, he took this serum to fight an outbreak of diphtheria to a very far place in Alaska during a storm, a true hero. It’s a shame they didn’t treat them accordingly. Its statue reads resistance-fidelity-intelligence. 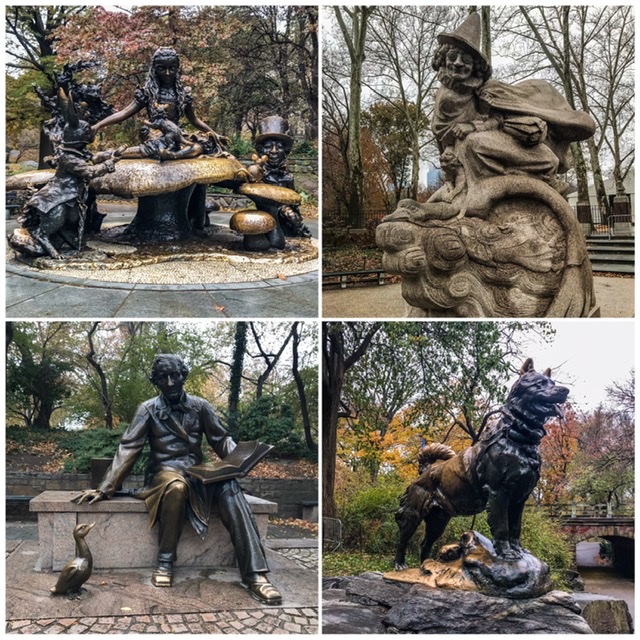 The park has a very beautiful walk, it is one of my favourite places where I go with my book to sit on a bench to read under the amazing elm trees. The statues of poets & writers like Robert Burns, Sir Walter Scott or William Shakespeare keep company to us readers, hence it is called “The Literary Walk” located at the southern end of the Mall. 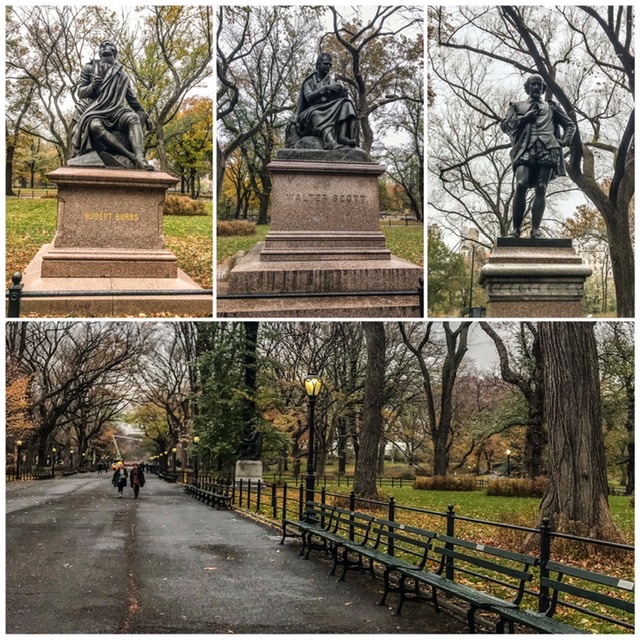 It exists a terrace called Bethesda, in which heart lives a fountain with an “Angel of the Waters” that has been the protagonist in numerous movies & it’s also an ideal place to celebrate weddings. 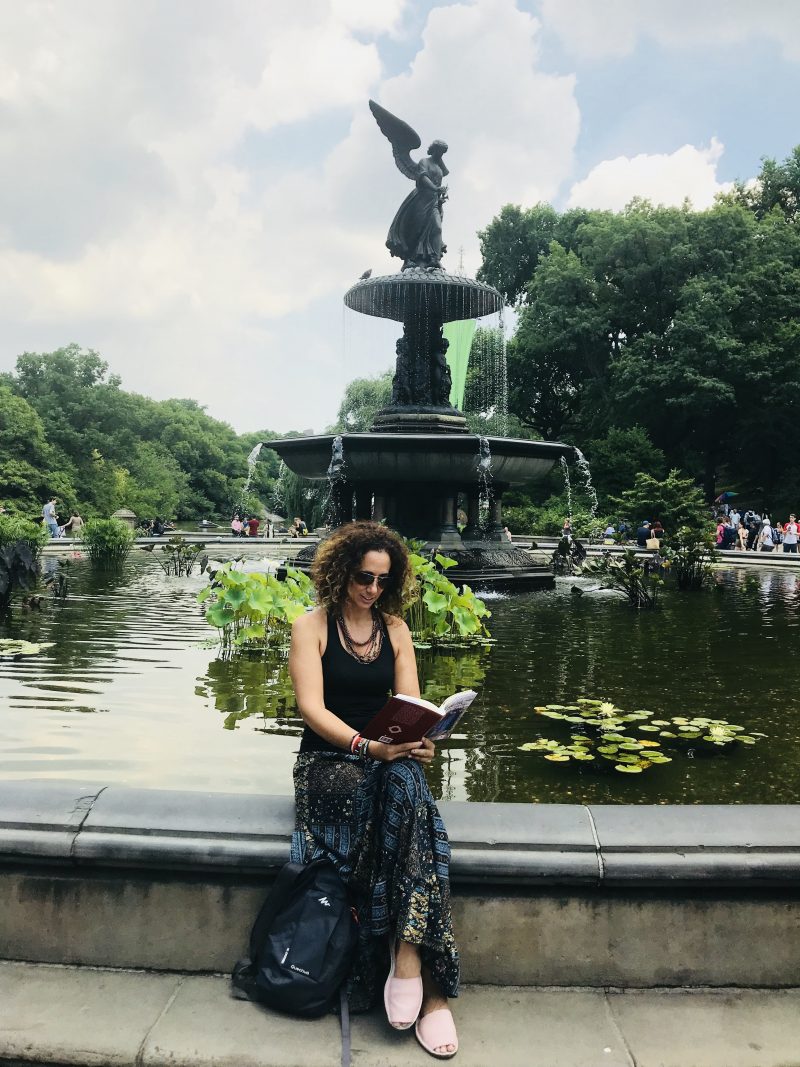 It has two levels, one is on top to two big stair cases. 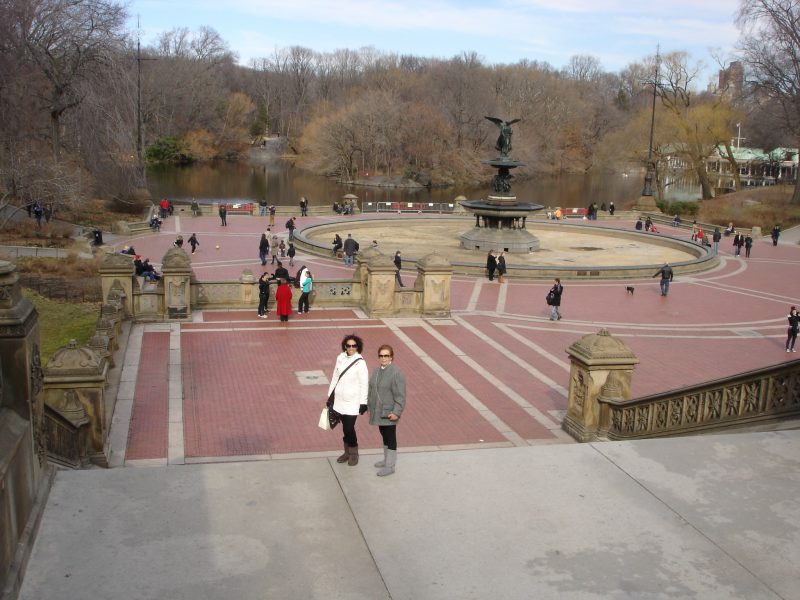 Underneath them there is an alley, you’ll wonder what so special about it, well its gorgeous tiles & mosaics. 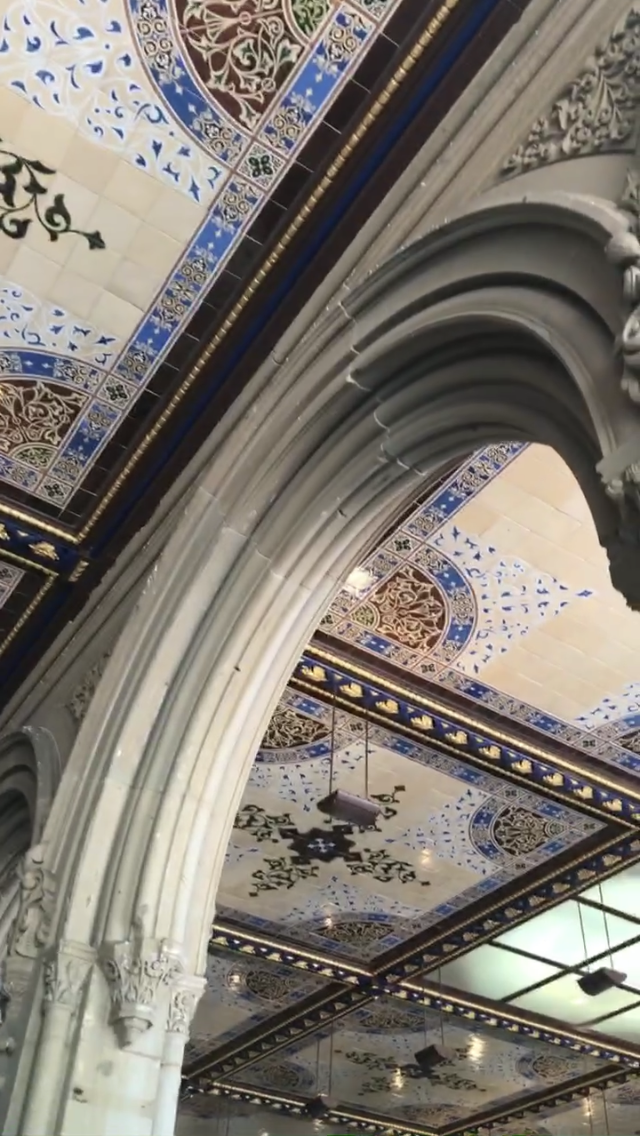 One summer day we met a choir practicing there & it was really amazing to listen to them. 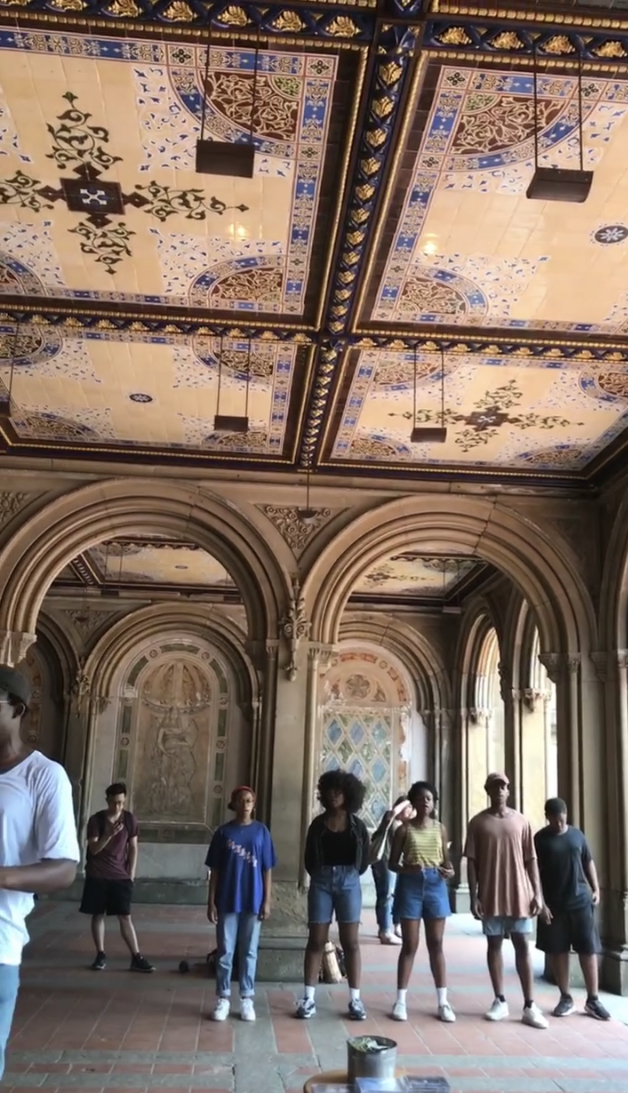 Near the fountain there is The Lake where little rowing boats navigate, if you follow them you’ll pass over a beautiful bridge, the Bow Bridge. 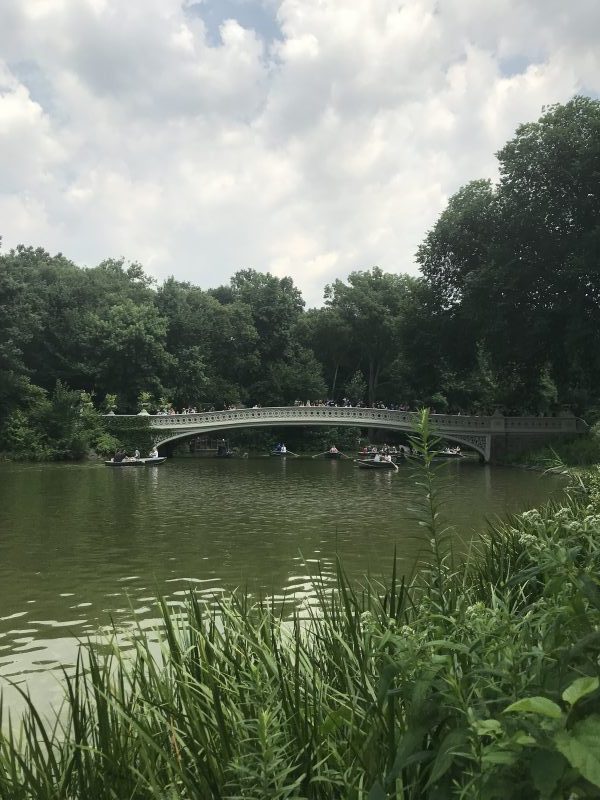 All its surroundings are enchanting. 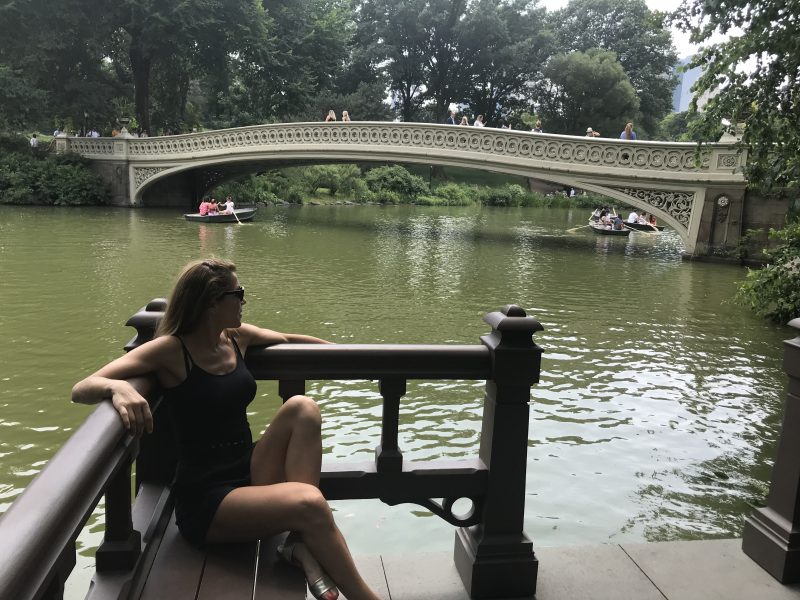 It is so romantic that I am not surprised the Spanish writer Sol Aguirre made it into a special character on her novel “Algún día no es un día de la semana” I was telling you on my other post about the park.

By the river bank there’re some benches to sit & read or have a hot chocolate whilst contemplating the park merging with the city. 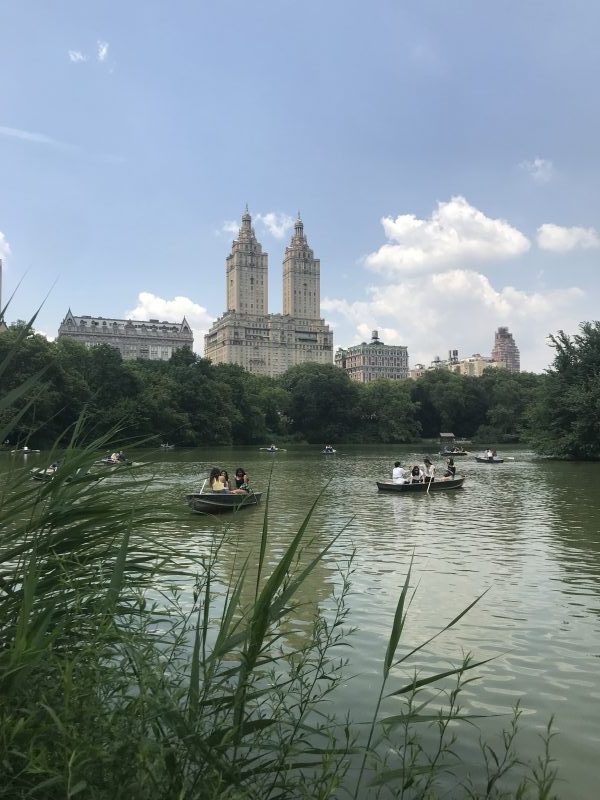 Talking about reading, have you read the classic “The catcher in the rye” by J.D. Salinger? It is a fabulous book written in first person by a sixteen year old boy who is expelled from his school due to bad marks. He decides to go home to New York, but not show up till a few days later, as this is not the first school he gets thrown up from he doesn’t want to hear his parents’ sermon. In the farewell of the school, his whereabouts in the city between hotels & breakfast places he is giving us his vision about some customs & some people, how he felt a bit fed up with some behaviours. He uses an adolescent language that provokes the public & talks about sexuality in a very open way not common in the late fourties’. If you already know New York you’ll find yourself accompanying the rebel Holden through its streets, cheap hotels, Grand Central station & so many other places, amongst them, Central Park. 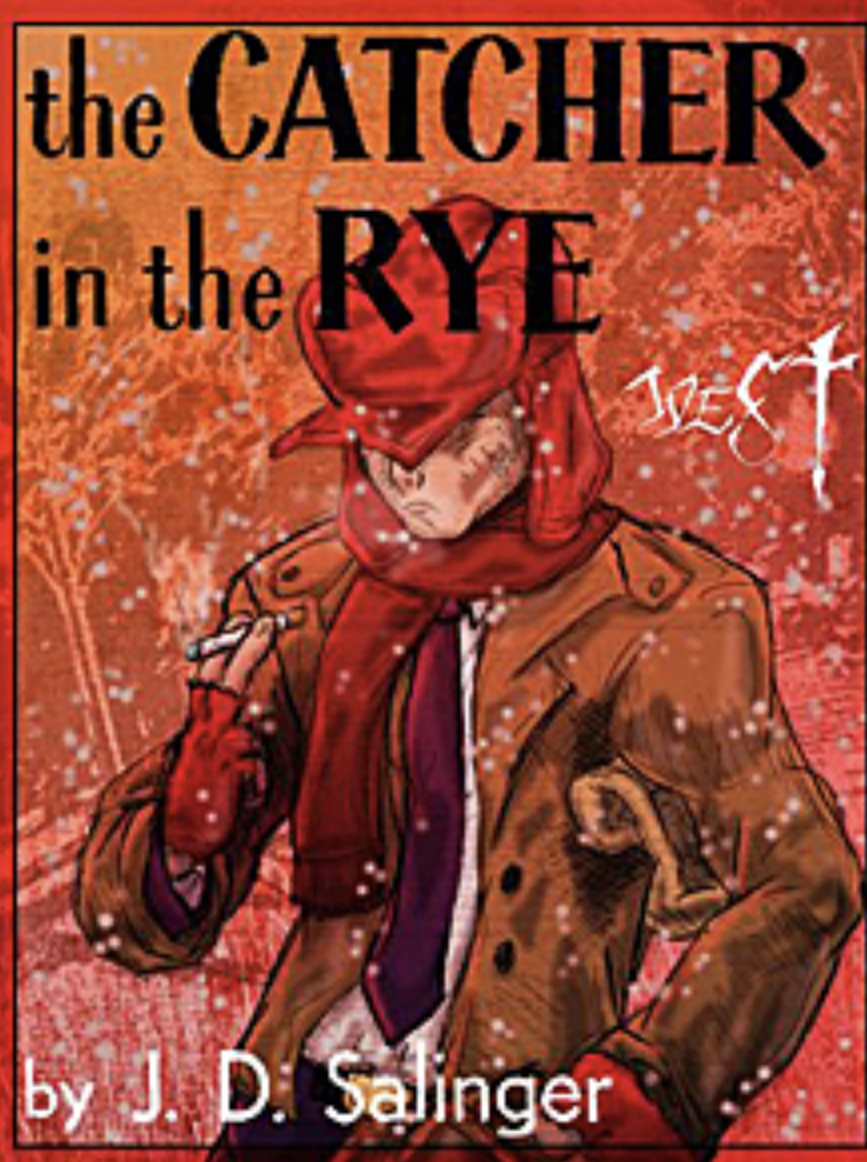