Salem. Between books and witches.

One of my favourite writers is Nathaniel Hawthorne, author of “The scarlet letter”, and he was the reason that took me to Salem. When I arrived I felt like the protagonist of one of his novels.

From the center of Boston it takes an hour to get there and it is very easy, take the metro first and then the train; once you jump out of the train you’ll find a red line on the floor which will indicate you the way to the most mysterious places there are to see in the Witch City.

I am sure you’ve heard of the Salem trials, where they judged more than twenty women and men due to a collective hysteria which ended condemning them for witchcraft.

One of the houses of those turbulent years is still intact, they call it “The Witch house”, it is a reflection of those days, how they lived and how they dressed. It is one of the many museums that exist in this city.

Besides reading the Act against Conjuration from the wall which said it was forbidden to practice any type of witchcraft, I learn where the expression “sleep tight” comes from. In those days the beds had robes as mattress base, as they would get loosen they had to be tighten up every so often in order to have a comfortable bed.

Strolling amongst cute houses in this beautiful city that looks like it is frozen in time, you’ll see a little wharf, Pickering Wharf, with a wooden ship called “Friendship” docked, it is the one I chose for the cover photo as it transports us 400 years ago, didn’t it feel that way when you saw it? 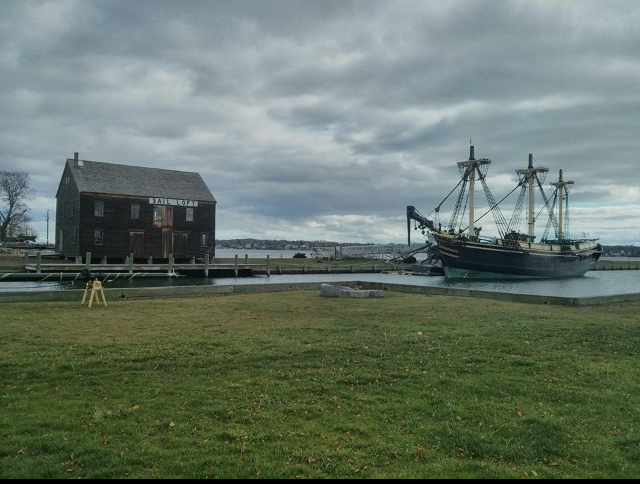 Opposite the dock, the beautiful Custom House salutes  us.

Getting into its streets you’ll reach a stone circle, it is a tribute to the people who perished in the 1692 trials, and every stone engraves the name of each one of them.

Another visit that I found very interesting was the cemetery, there are tombstones of the first settlers. One in particular is related to my friend the writer, whose ancestor was one of the judges in the before mentioned trials, reason why Nathaniel added an e to his surname.

I am writing and it feels I am doing it about my dear Hawthorne instead of about Salem. The truth is that I cannot talk about one without mentioning the other, and yes, his family home is also part of our tour! The location is not the original, they sold the land and they moved the house a few meters away, I immortalized it so you wouldn’t miss it. 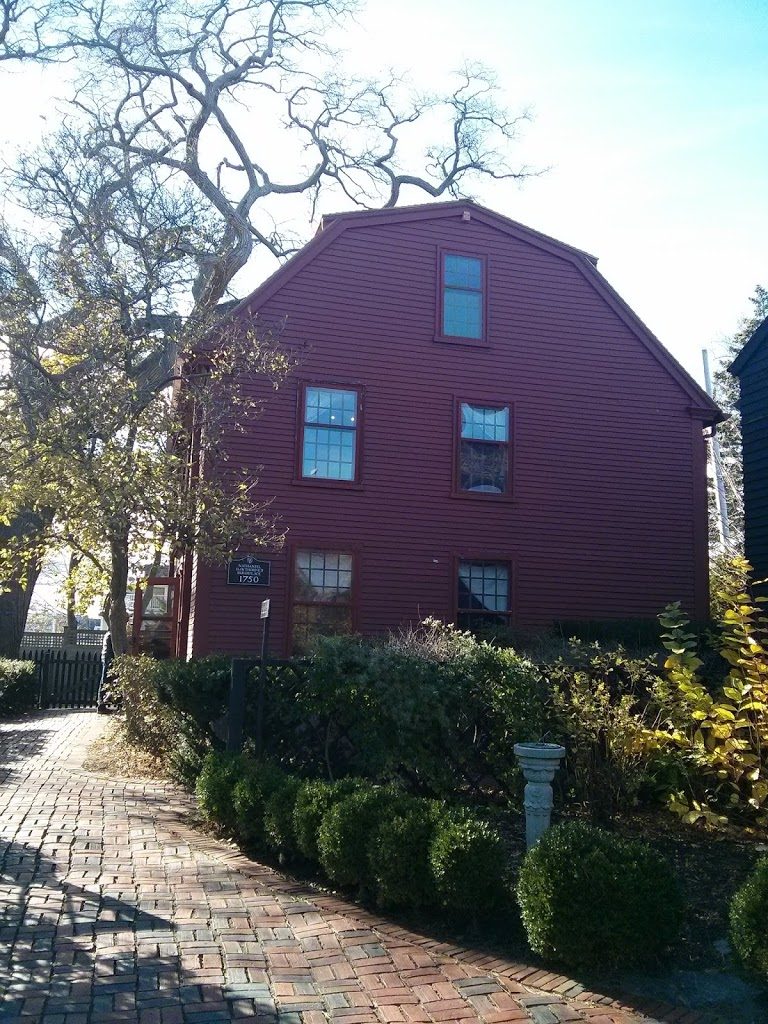 Right behind me is a building that gives title to one of Hawthorne novels, “The house of the seven gables”, house I loved to see and feel. If you read the book after visiting it, you’ll able to visualize it as the story goes on. However it you have already read it, YOU’LL LOVE TO VISIT IT! They say Mr. Hawthorne was inspired by it while spending summers there visiting his cousin.

In the house visit I learnt that one of the owners of the house, when she inherited, decided not to ever get married. In those days the possessions would pass to the husband and she never wanted anyone to run her business, nor her house, and let alone her life, I can only say, bravo!

I am sure you’ve already guessed that today I am going to talk about two books which have already appeared in our journey, written by our dear Nathaniel. Two American classics I very much enjoyed reading and I hope you do too.

In the book “The House of the Seven Gables” the house itself is the epicenter of the story, a small microcosms where two members of an impoverished Salemite aristocratic family inhabit along with the ghost of their ancestor, victim of a curse that lasts two hundred years later.

A relative dies in strange circumstances is followed by the visit of the young niece is a breath of fresh air into the gloomy house. She gives life to the little shop they had to open out of necessity.

You’ll be able to see the little shop next to the kitchen if you visit the house, what I enjoyed reading the most was the part that happen in it. We are not allowed to take photos of the inside of the house, so I borrowed this one from Harvard Magazine. 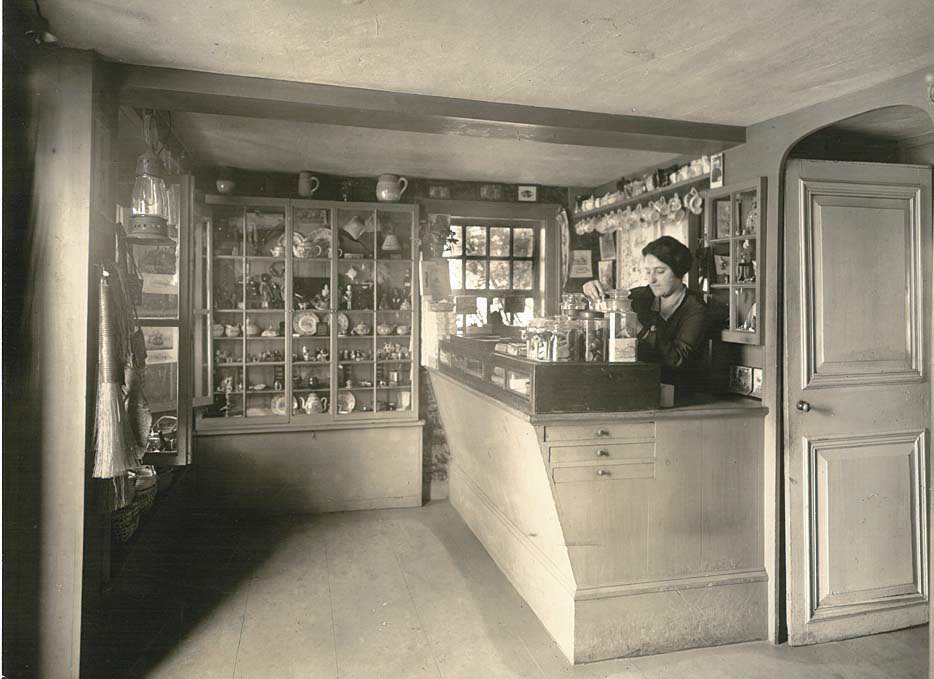 The author knows how to keep us intrigued right till the end, making us, at the same time, enjoy the lives of all the people who had something to do with the house, their guilty feelings and the absurdity of living attached to an obsolete life and believes. The protagonist shows the Puritan mentality the author mocks, and it is tangible the shadow of the trials that shocked and marked this city.

The Scarlet Letter has a woman as main character whom they marked with a scarlet red letter A, that meant adulterous. She never reveals who’s the father of the baby she conceived outside her marriage. She is rejected by the society of the time, and sewing she provides for her child, she also helps the most disadvantaged. Her letter, which she must wear visible on her chest, becomes her symbol, what distinguishes her. 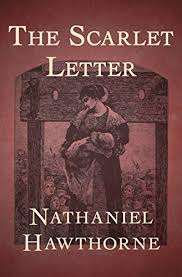 With these two jewels I’d like to pay a little tribute to my language graduate colleagues and fellow students who have helped me so much and who’ve accompanied me in this journey of literary discovery. And of course to all those nomads who love literature as much as I do.