Madrid of the Austrians and other delicacies 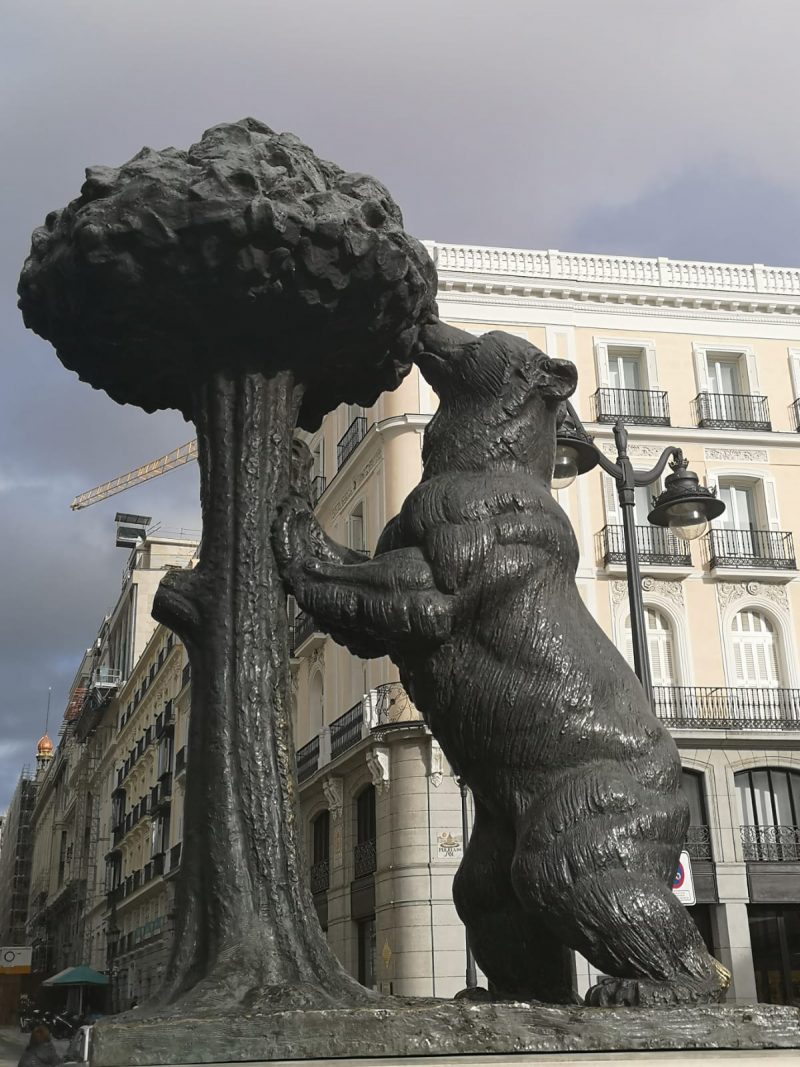 Six months ago I launched myself to tell you all about my travel adventures so when you read me you can see the world through my eyes, it is a project that is making me very happy.

My first ever post was about Madrid, the capital of my beautiful country, and it is now time to write a longer one to celebrate Lectora Nómada – Nomad Reader`s six month anniversary; because dear nomads, Madrid is one of those fabulous cities that has a lot to be written about, not only about its beauty, but also about its gastronomy, so, there we go!

I am going to start with a place I love, the “Madrid of the Austrians”. It’s an area of the city called like this due to the majestic buildings built by the Hadsburg dynasty to show their power. In its epicenter I’d put the Royal Palace or Palacio Real and the surrounding awesome gardens. I never get tired of taking photos of it every time I near by.

In front of the beautiful building are the Jardines de Oriente or the Orient Gardens, that is also the name the palace is known as. Opposite them is the pretty Café de Oriente where I took my mom for a hot drink one cold morning in February. 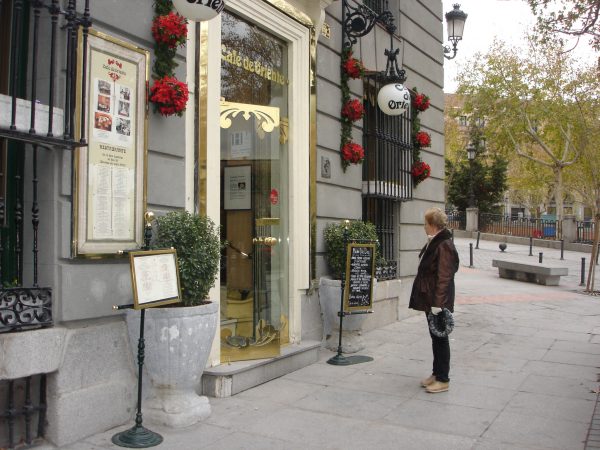 Near the Palacio Real, is the Cathedral of Santa María de la Real de la Almudena, it is very young, it was born into another dynasty, it opened up in 1993. 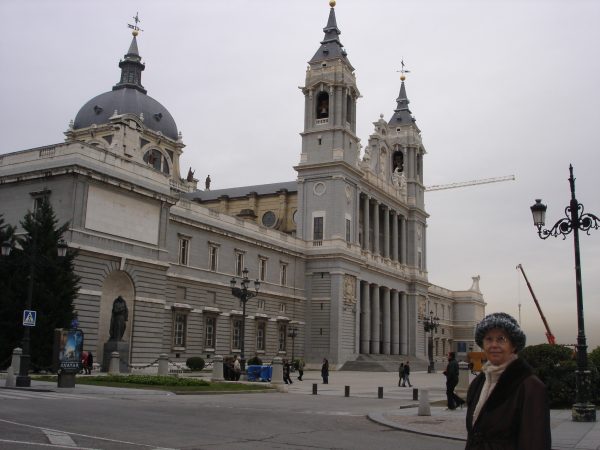 Crossing the street, only a few steps away, is the Teatro Real, yes the impressive Royal Theatre, its back is on a square with a metro station called Ópera, from there if you follow Arenal street it’ll lead you to Puerta del Sol. The big square where every New Year’s eve half of the planet meets to celebrate the New Year, having the twelve grapes with each of the twelve peals of the bell, a very Spanish tradition many nomads who visit us want to try out. My first advice is, don’t choke!

In front of the famous clock that is in the Casa Real de Correos or main Post Office, you’ll see the Km. 0 on the floor, it is where all the roads of the country originate. On the other side of Sol the Bear and the Strawberry Tree (el Oso y el Madroño) will salute you, they are the symbol of this city. You’ll have seen them at the top. 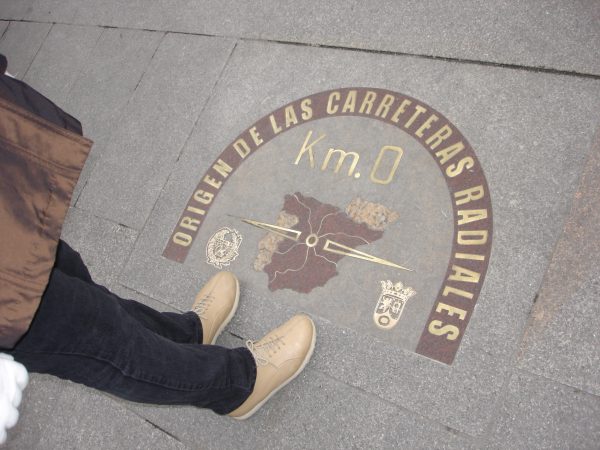 On your way you won’t be able to resist, especially if it’s winter, the best hot chocolate of the city. In a little street close to Arenal is the famous Chocolatería San Ginés, where the waiters juggle with twenty hot chocolates at once, very impressively. The delicious chocolate, made with water to my joy, as I don’t drink milk, is served with churros, of course! if you set a foot in Madrid they are mandatory.

But if you fancy something savory instead, let me tell you about Casa Labra, near Sol, it is a centenarian tavern where they’ll offer you the best cod croquettes in the whole city. If you do eat fish it is a must to visit the place and try them.

Another street near the chocolaterie will lead you to Plaza Mayor, the grand square full of life, market stands and various artists putting on their little shows. Attached to it is the Mercado de San Miquel, a very cute indoor market ideal to have some tapas. 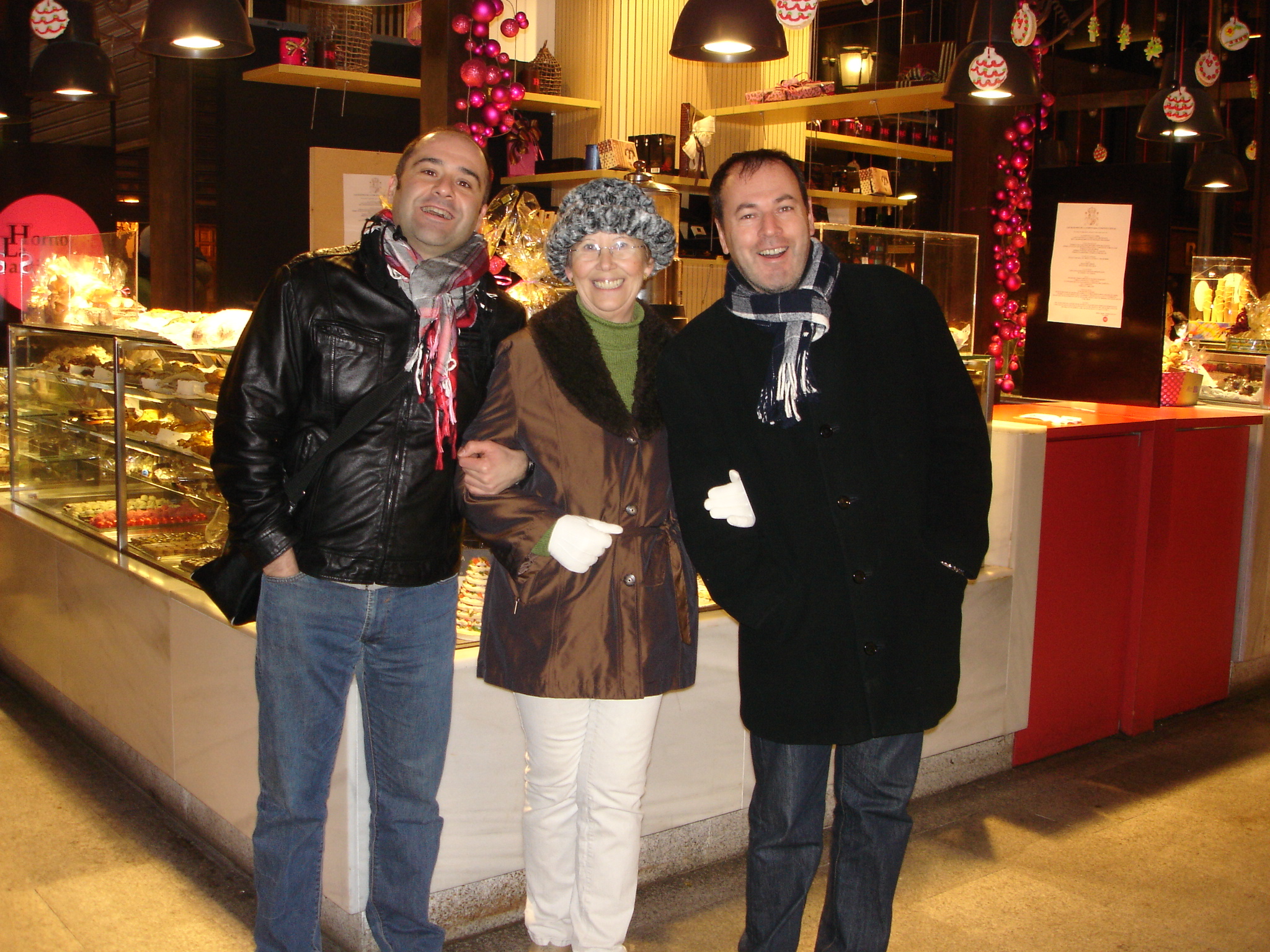 The truth is that the whole of this area is full of all types of restaurants, being the castizo or pure-blood from Madrid ones the most popular. One of the most famous ones, visited by celebrities and leaders of many countries is Casa Lucio, where you’ll eat wonderfully, theit star dish is huevos rotos, fries with fried eggs. I can tell you they haven’t gained their reputation because they look pretty but because they are the BEST ONES you’ve tried in your life. What’s their secret? Potatoes and eggs of high quality, and I am sure loads of love, which is what makes everything more delicious. The owner, Lucio, still remains active and has always time for all his clients, being them kings or farmers.

Close to Lucio’s, in Puerta Cerrada square, you’ll stumble upon a tapas bar called Casa Revuelta home of the kings of the cod tapa, so if you liked the croquettes from Casa Labra, today is a good day to try the tapa.

I adore this area of the center of Madrid, with its lovely streets and wonderful buildings full of history; if you like Spanish cinema or historical soaps set in the city, many sites will look familiar to you, like the Arco de Cuchilleros in “Fortunata y Jacinta”, series based on the work of the great Benito Pérez Galdós.

Although it is not about Don Benito I will talk about today, but about this writer from Madrid called Julia Navarro, and one of her books I’d love to share with you called, “Tell me who I am”.

The story starts in Madrid when this reporter gets asked to write the story of his aunt’ grandmother. He follows her trail which leads him to the Spanish Second Republic from where she escapes, to Berlin where she lives behind the wall till its fall, passing the Second World War and the Cold War. In his tenacity to write the story of grandma Amelia he discovers a brave woman, a survivor of all the conflicts occurred in the country and Europe, how she discovered love or how her decisions led her to be a spy.

Again I am finding myself reading a book with a strong female protagonist, another literary heroine on my list. The story has an unexpected ending that I hope you enjoy as much as I did while reading a novel I never wanted to end. 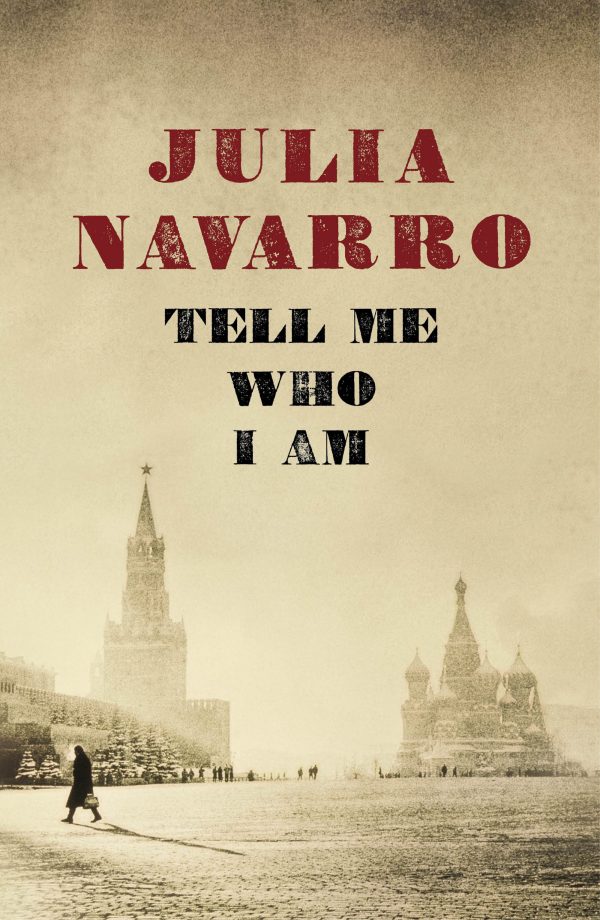