Cruising the Thames in a sunny day in London 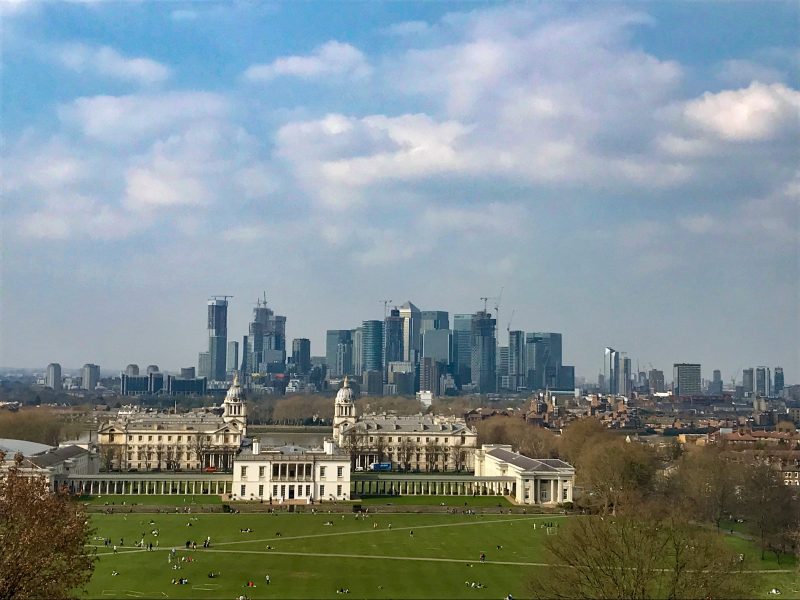 Nothing beats London in a sunny day. It’s fortunate being in London on a day the sun is shining where it´s usually gray, wandering its streets full of history, or in this case, its river.

On a Sunday I went to visit Westminster Abbey, place where they crown their kings & queens since 1066, when the Norman conquest triumphed with William the Conqueror. (I had to do a paper on him, reason why we are quite close) 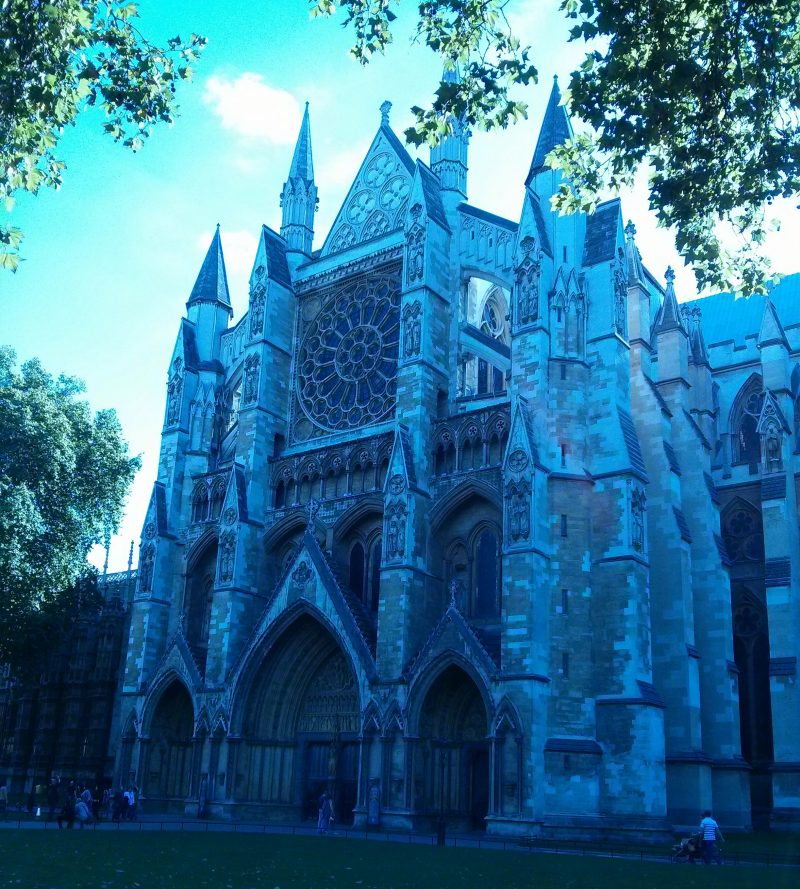 Unfortunately it was closed, my hopes were dashed. They had just finished the services for Sunday & they only open Mondays for visits, so I walked around it admiring its gothic exterior. 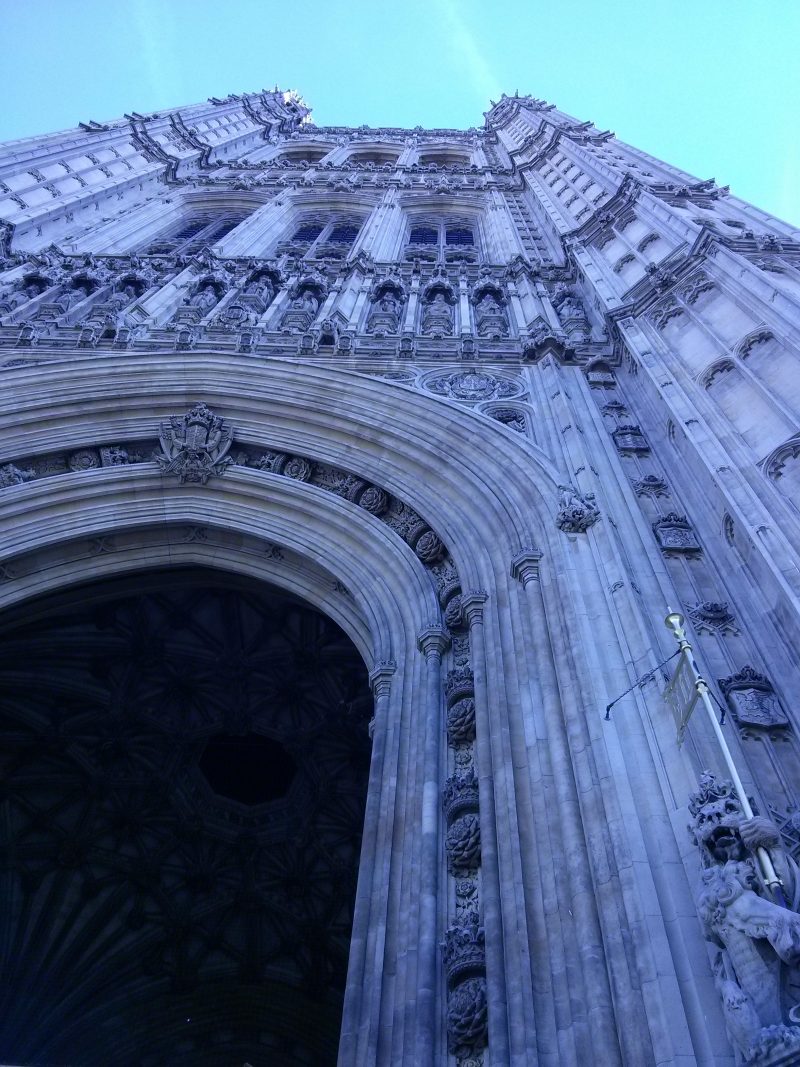 Very close by there are the world famous Houses of Parliament, I’ll never get tired of looking at them, they are so beautiful & impressive that I try to visit them every time I am in London.

In the Elizabeth Tower there is a Neo Gothic figure of four faces, they call it the Big Ben, do you recognize it? who wouldn’t, right? 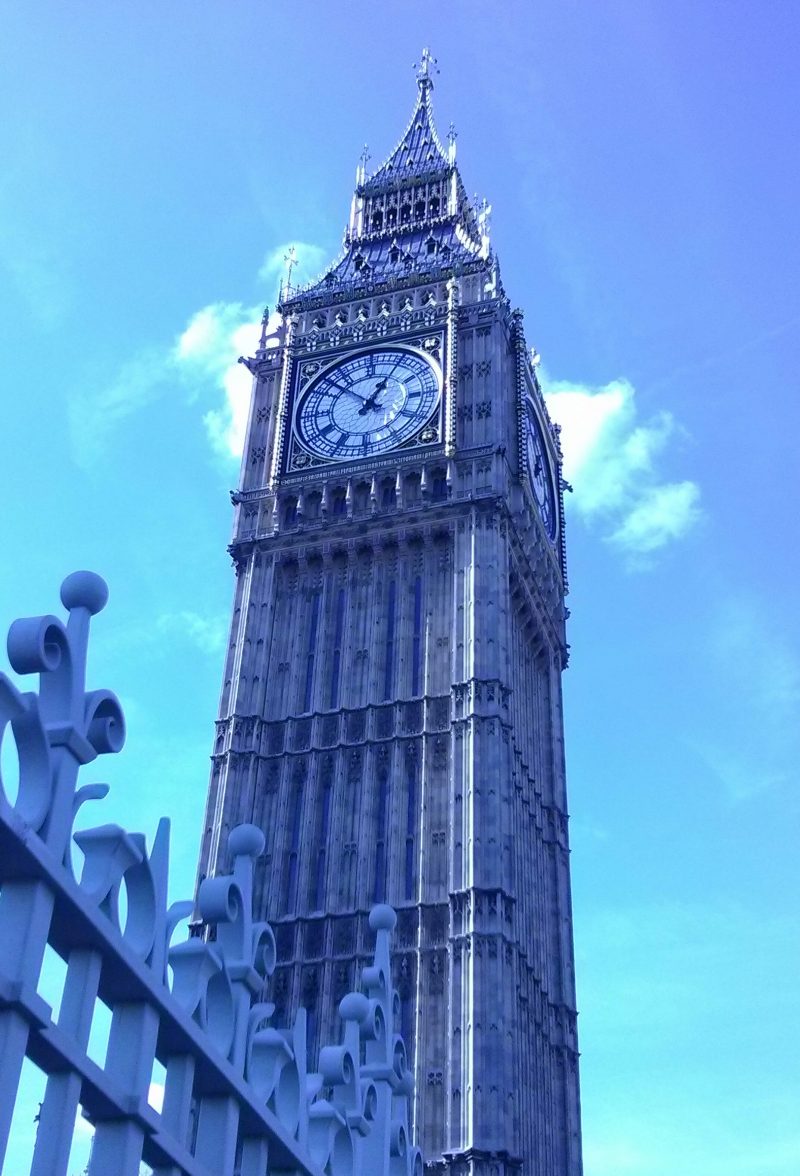 As I was in the area I decided to do a cruise along the river Thames to Greenwich, place where the east meets the west.

The ferries are right there, under the bridge opposite the famous clock, you’ll find them easily. I bought a one way ticket & boarded, leaving the Big Ben behind us & the big London Eye to our right. 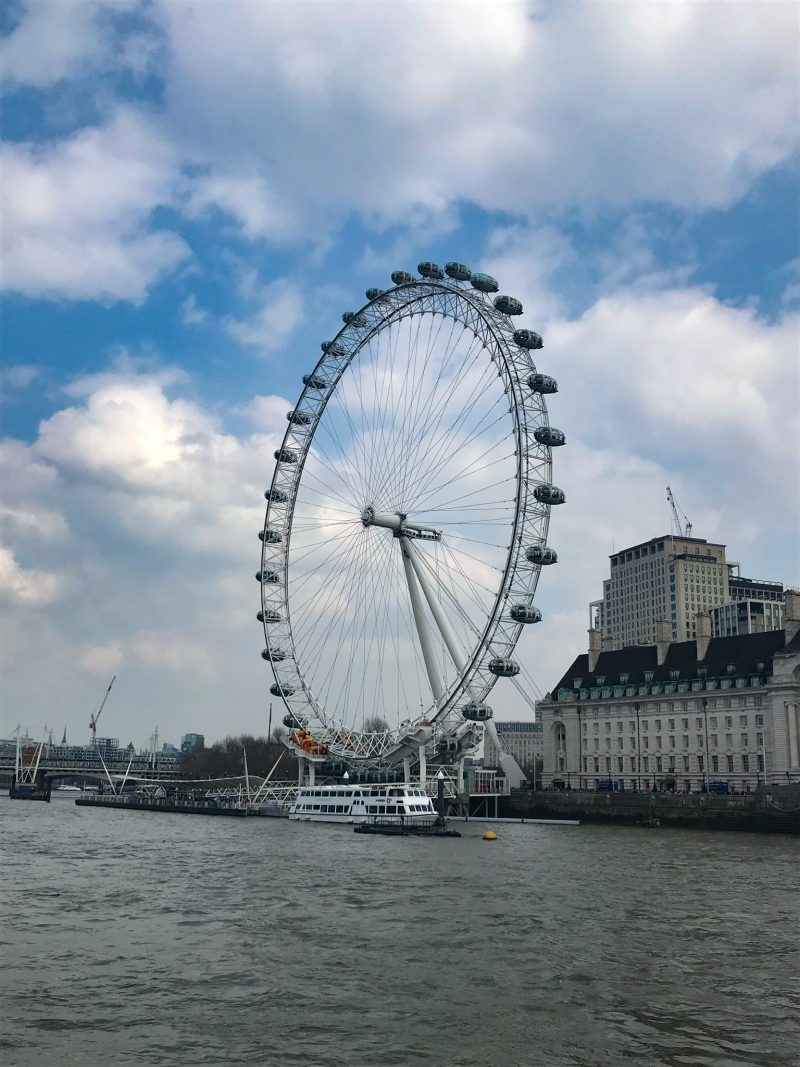 The day was fabulous, some clouds appeared, but nothing major. There was a very nice man on the boat telling us about all the important places we were passing.

Bridges, monuments, hotels with charisma or “needles” remembering battles, appeared in our path.

To our right, in Southwark, se saw the Elizabethan theatre Shakespeare’s Globe to which the great writer wrote his works for. 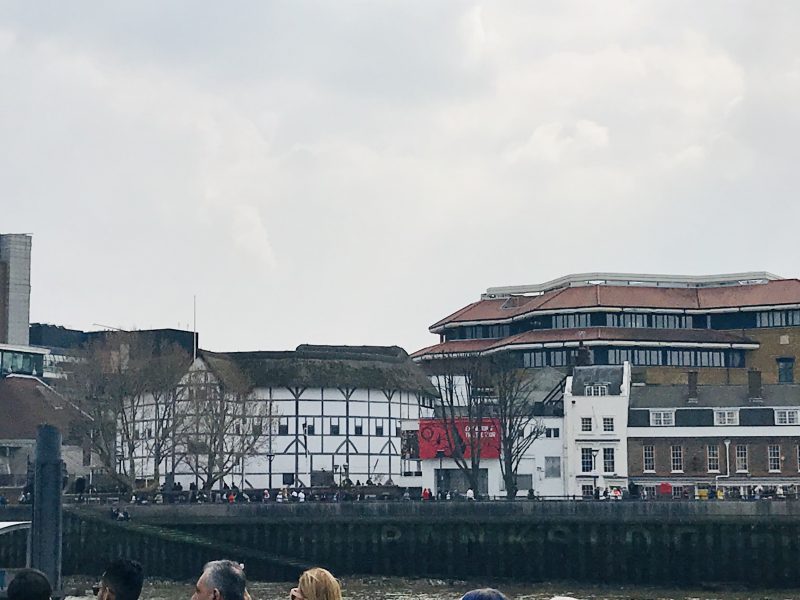 I visited the theatre in one occasion, I’d love to attend to one of the plays, they are still representing them nowadays, therefore that goes on my list of things to do. London is another one of those cities where there is so much to do, don’t you think? 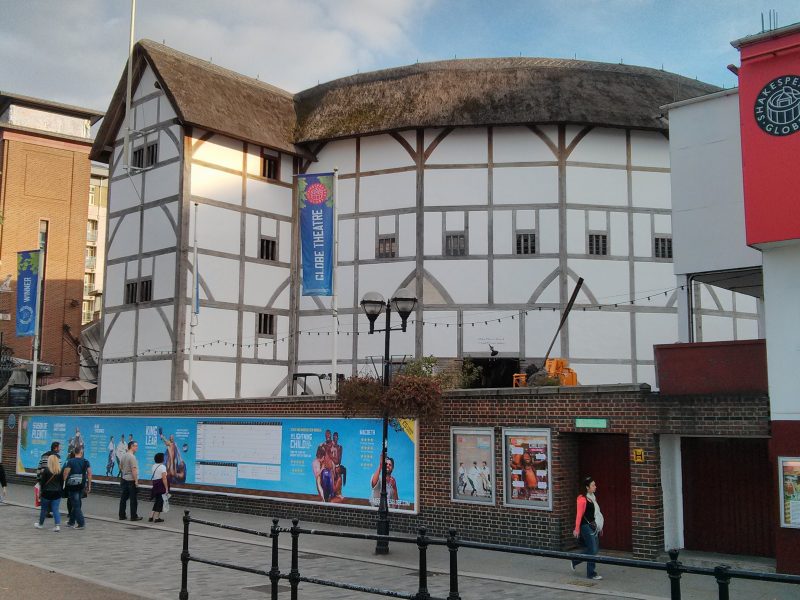 Opposite the theatre is the Millennium Bridge, a very modern bridge that leads to the cathedral of Saint Paul’s, which dome can be seen from it & from a great part of our ride (like the Vatican one is seen from every corner of Rome) 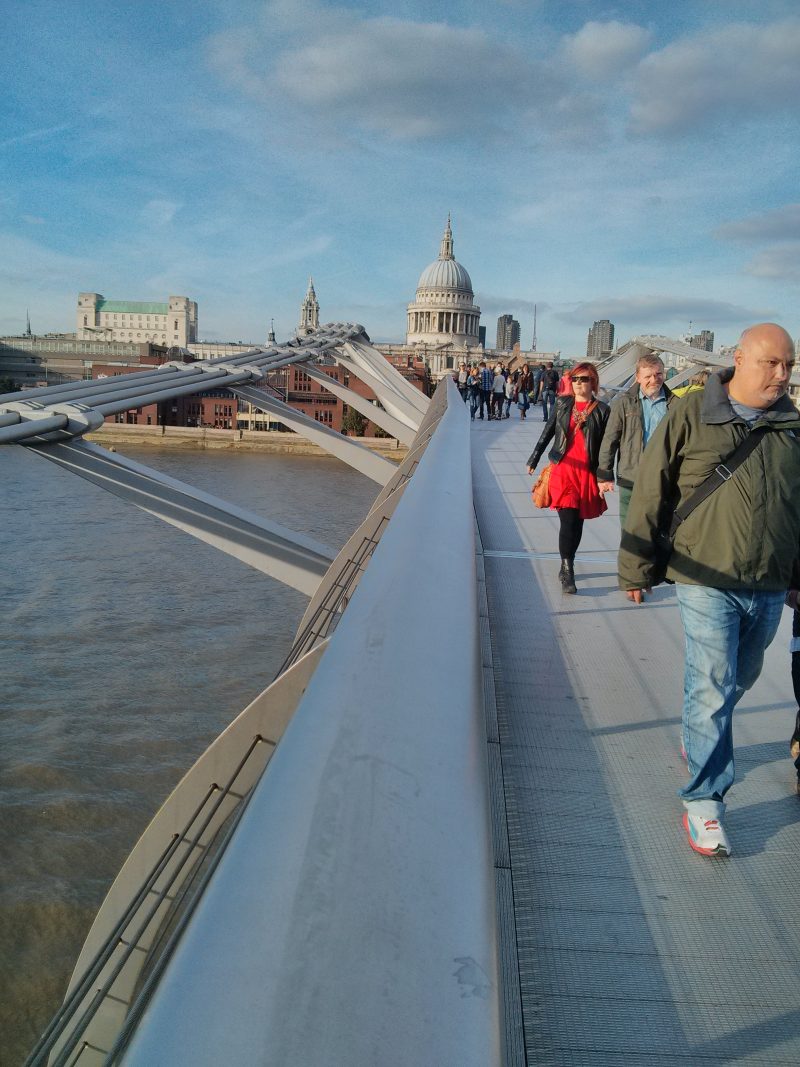 Another of the omnipotent features we encountered is the Tower Bridge. Some friends got married in one of its towers, imagine? Very cool I must say. 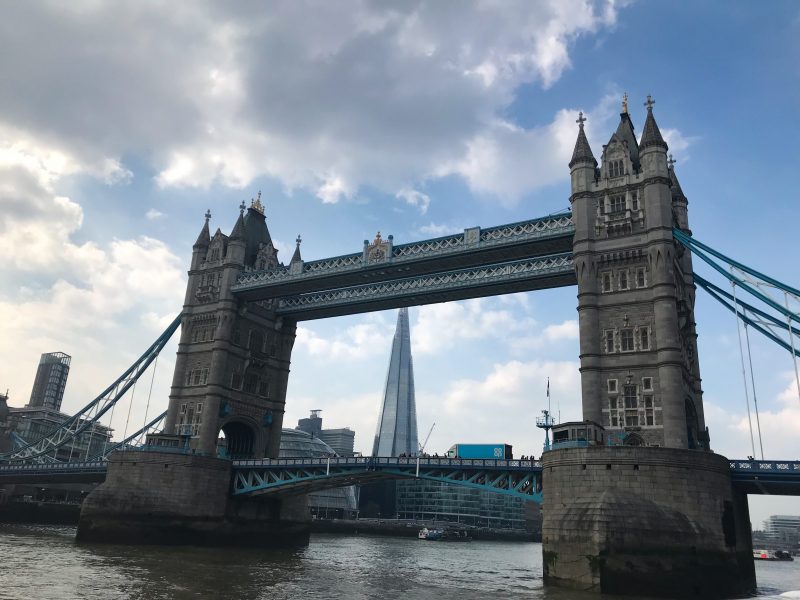 The cruise passes for so many other interesting & curious places, like the pub close to the Globe where all the contemporaries of Shakespeare used to meet up for a pint, I bet there was a lot going on in there.

Many modern buildings part of the skyline of London were, of course, showing themselves to us whilst we navigated. 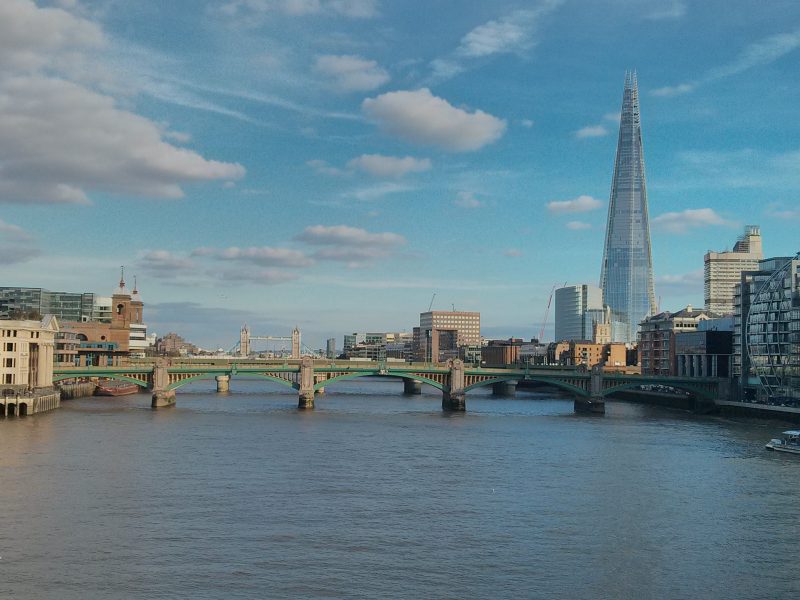 We finally arrived at our final destination, the Old Royal Naval College, an impressive architectonical complex World Heritage. It was in the past the place where Henry VII, Mary I & Elizabeth I were born. It became a hospital to then be property of the Royal Navy. 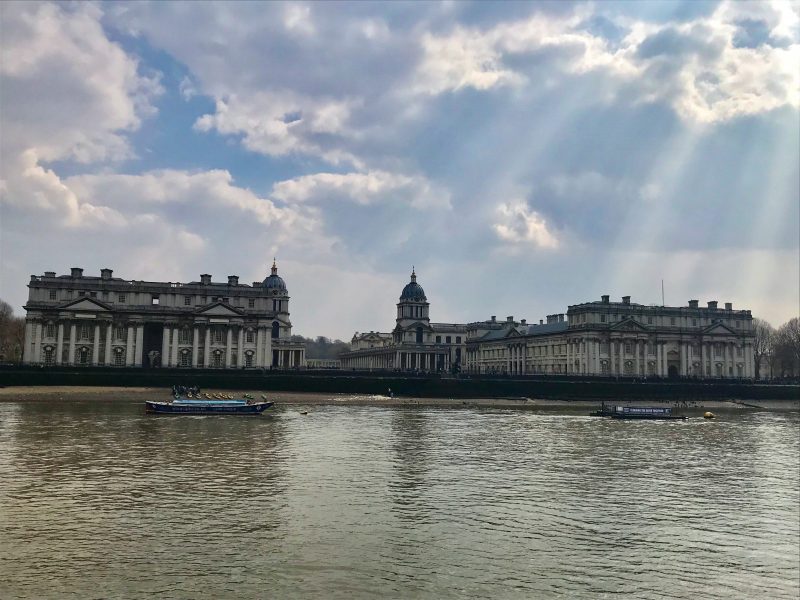 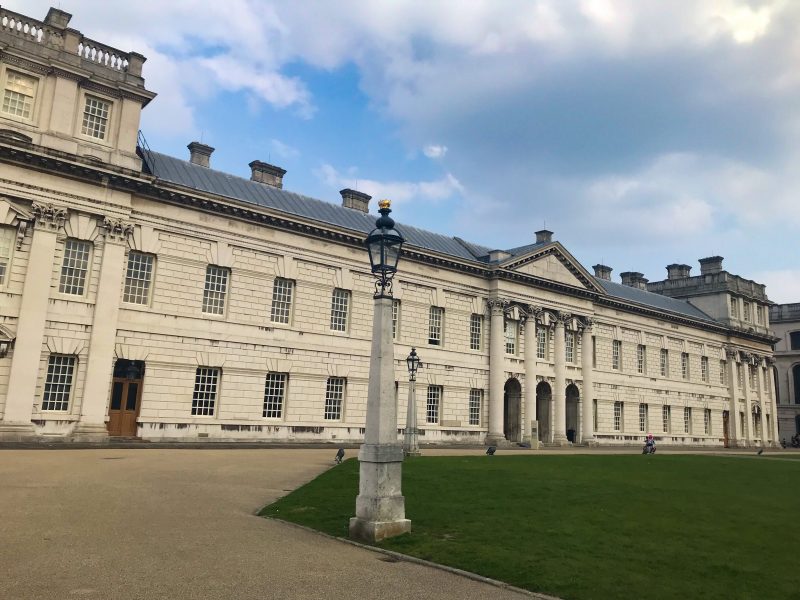 Part of the place is a park that ascends to the observatory where the famous meridian 0 or Greenwich lives. 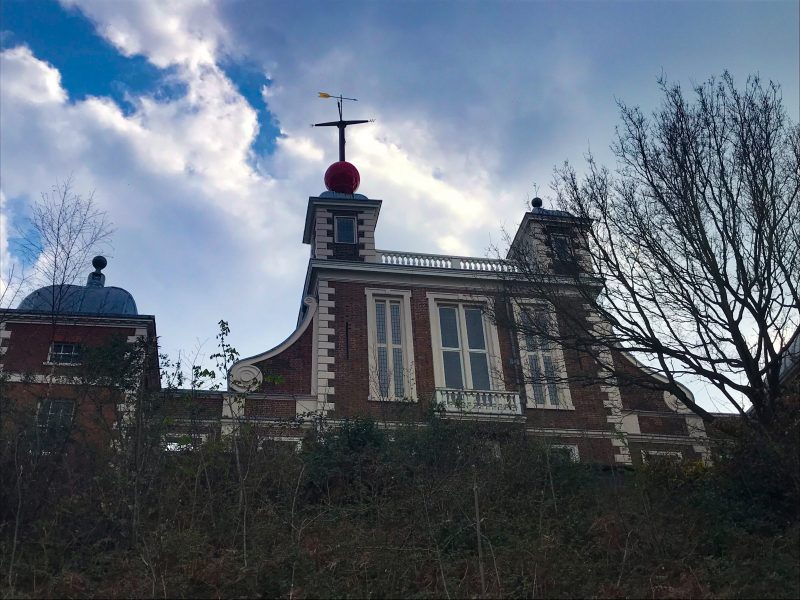 From there we can, also, enjoy a beautiful view of the city in a clear day. 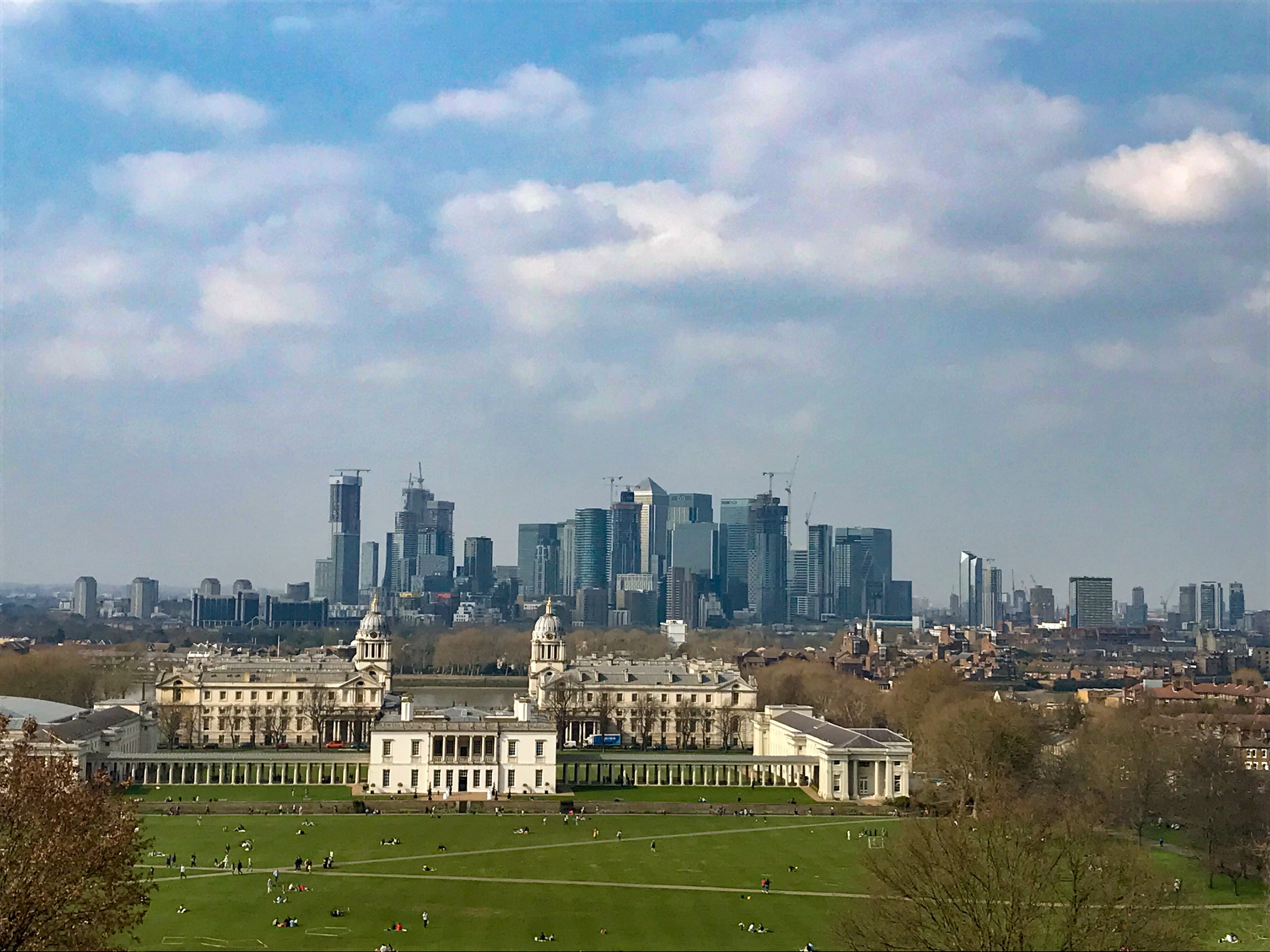 Coming back from the hill I passed the Sunday gastronomical market, it had a nice atmosphere. 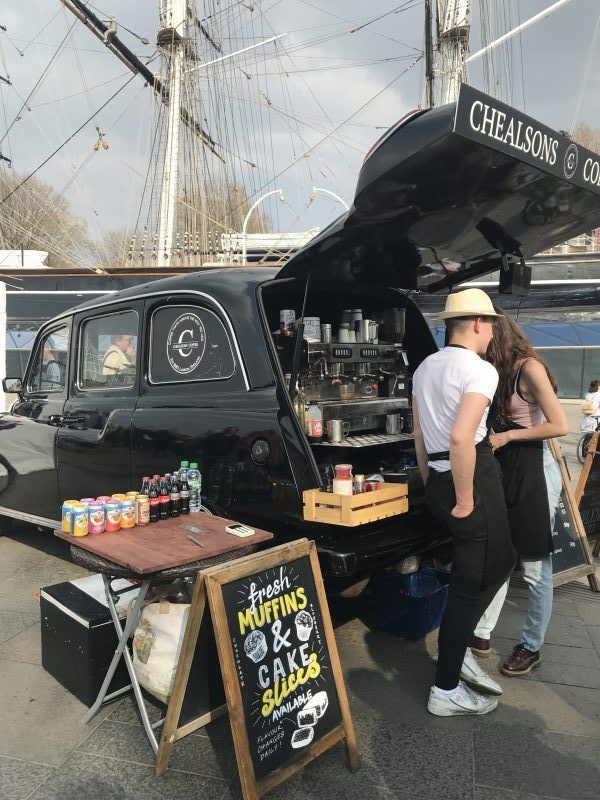 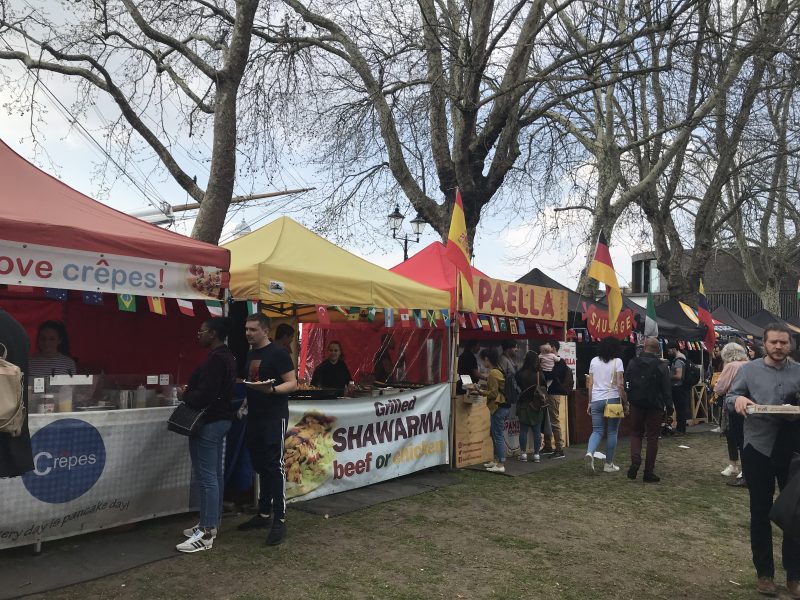 I couldn’t resist it! so I bought some “death by chocolate” fudge, the so very typical English soft candy. 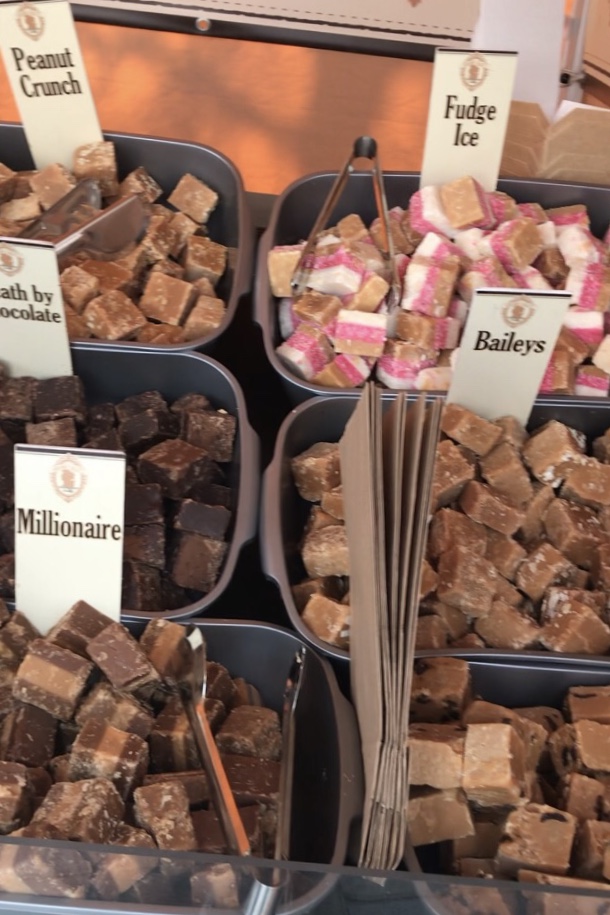 Next to the market there is a big ship called Cutty Sark, a 1869 sailing boat which used to bring tea from China. A big fire destroyed part of it when they were restoring it. 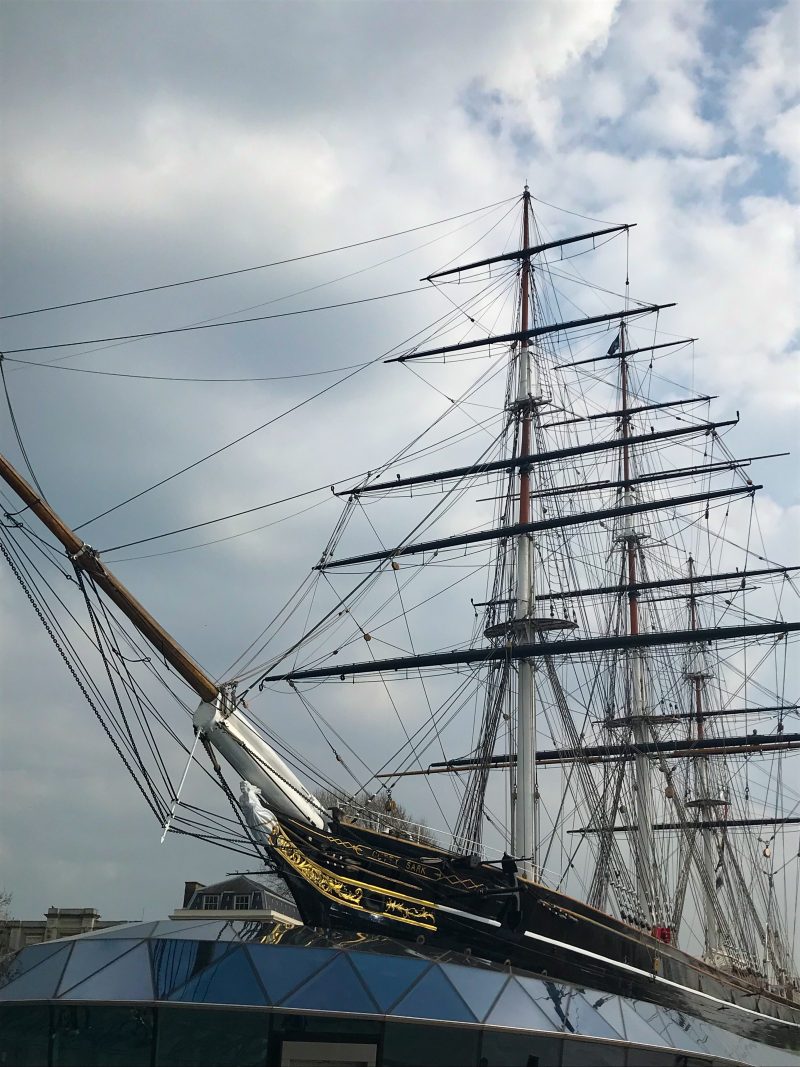 The Greenwich tunnel crosses the river underground, I thought it was fun, so I crossed it. It was built in 1898 to replace the not very trustworthy ferries in days where these docks where full of workers. 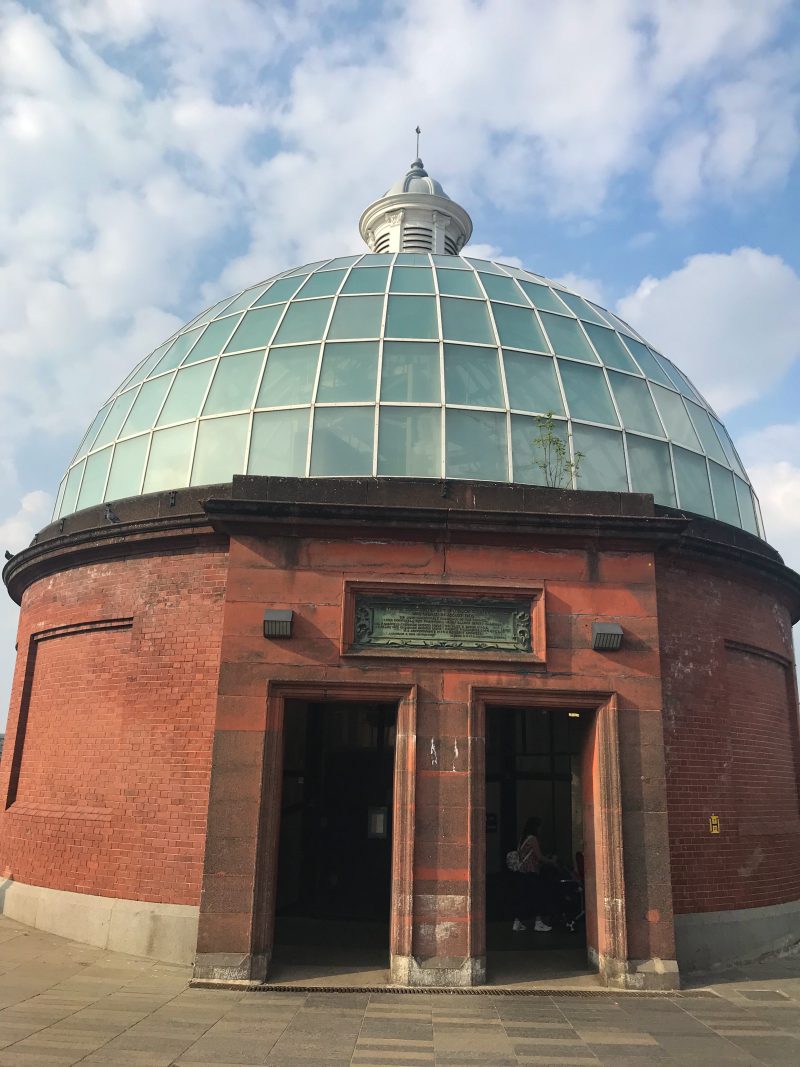 After enjoying my cruise, walk & fudges I took the tube back, happy for having spent a very nice day, & of course, what better company than a book by an English author for my journey, Charlotte Bronte & her magnificent Jane Eyre, one of my favourite classics.

She narrates the story of an orphan girl who is now under the care of her uncle. After he dies, she discovers the real essence of her family where she is not well treated, like Cinderella. When she rebels they send her to a boarding school, where she will meet Helen & true friendship, although her premature death left a scar on her. After eight years as student & teacher, it’s time to leave, nothing links her there but a kind teacher & mentor. She’ll head to Thornfield, her new home, where she’ll work as governess. The third part of her story will develop there, with its secrets & the love Jane will feel for Mr. Rochester. After a few years she’ll leave, where will her steps take her? I encourage you to read it & enjoy the narrative of one of the first feminine novels of all times, where the love for herself & independence are the base of many of Jane’s decisions. A masterpiece that has arrived to our days to delight us like it did our ancestors. 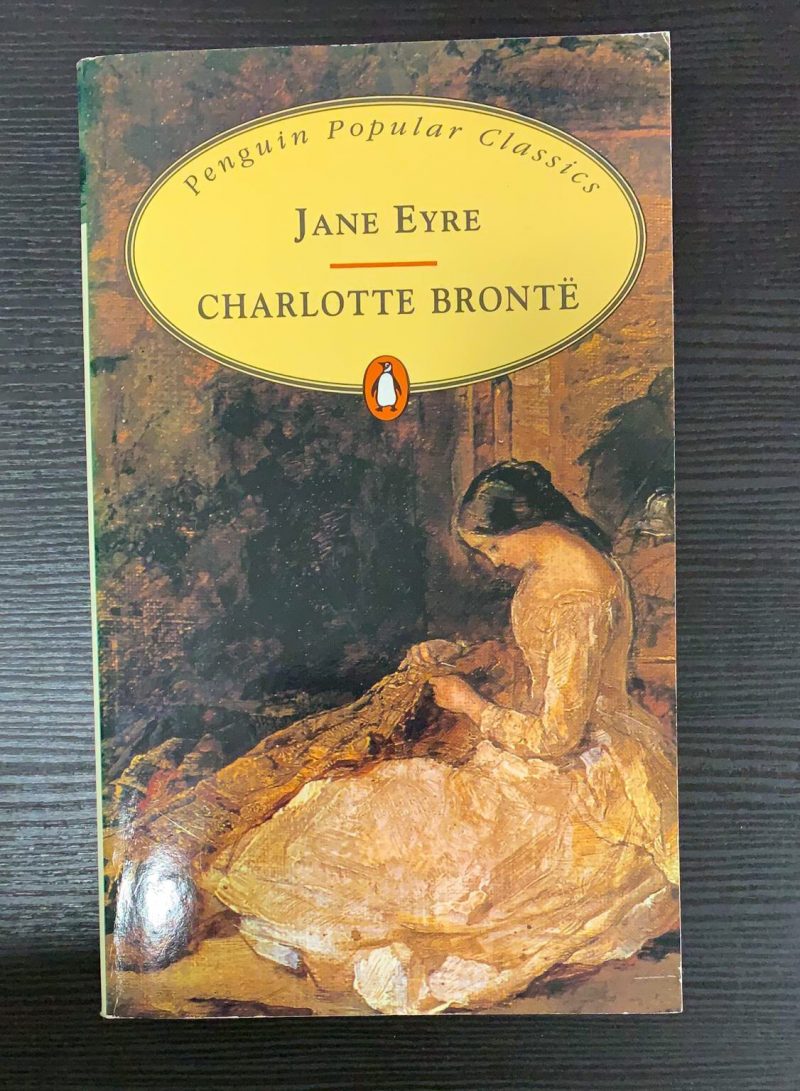