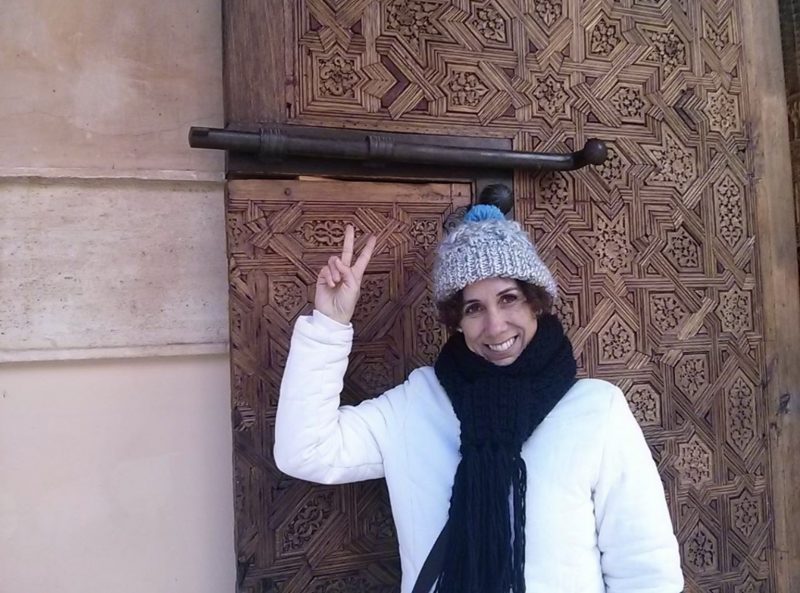 Today I remember this Christmas I spent in the beautiful city of Granada, in the south of Spain. My mamma and I arrived in the 24, on time for Christmas Eve. We spent it with Juan and Luciano’s family, whom I didn’t know yet and again, the Christmas magic shone. They welcomed us with affection and together we enjoyed the delights of the land prepared with lots of love.

Christmas day rose rainy, but that was not going to stop us. After having saladillas for breakfast, a type of bread I couldn’t resist having every morning, we headed for the sierra. We found beauties like this natural spring in the Lecrin Valley, which is told to have been born from the tears shed by two lovers. 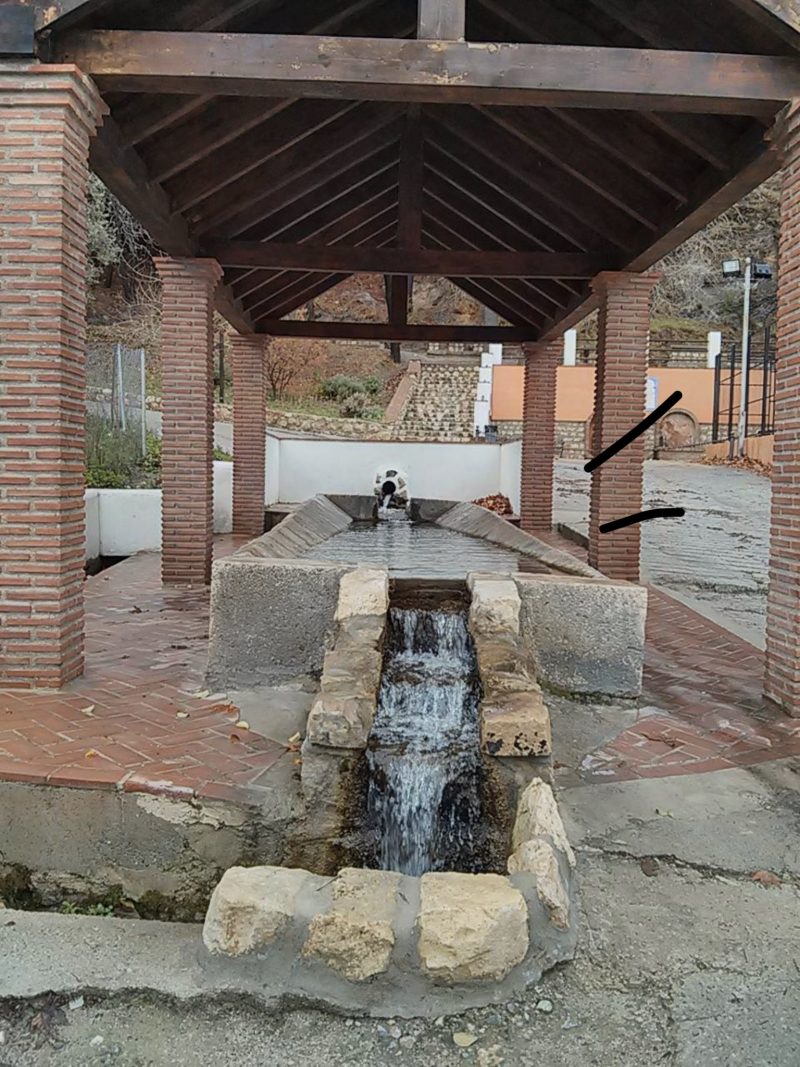 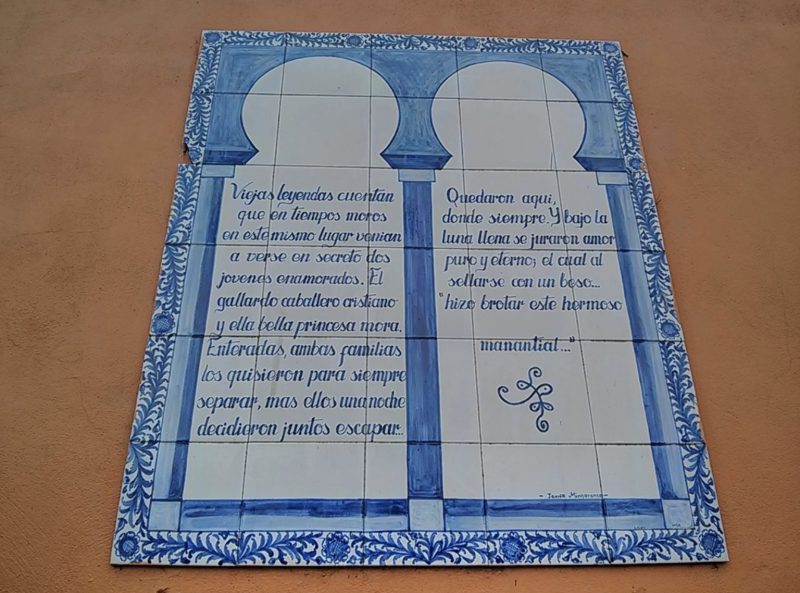 From there we went to Las Alpujarras,   little villages that decorate the slopes of the mountains of Sierra Nevada. 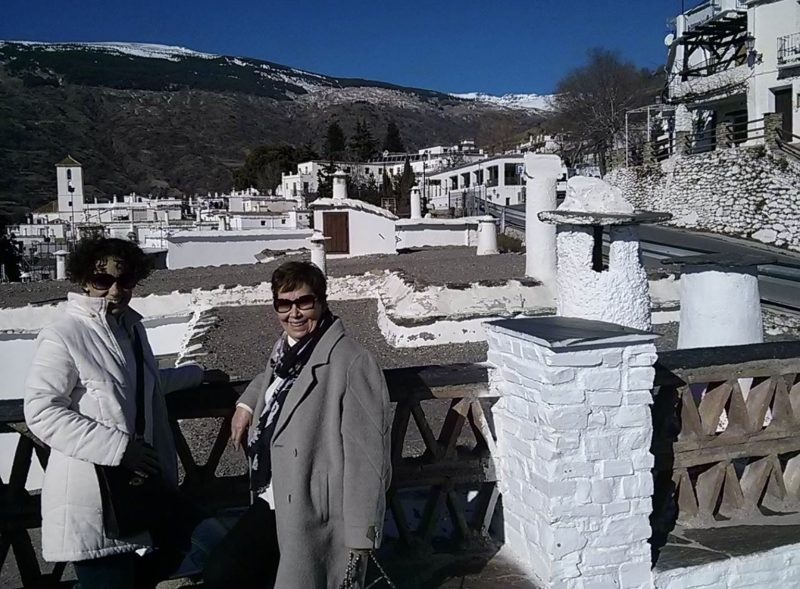 They are protected as Nacional and Natural Parks and as historical heritage, and when you see them you’ll understand why. 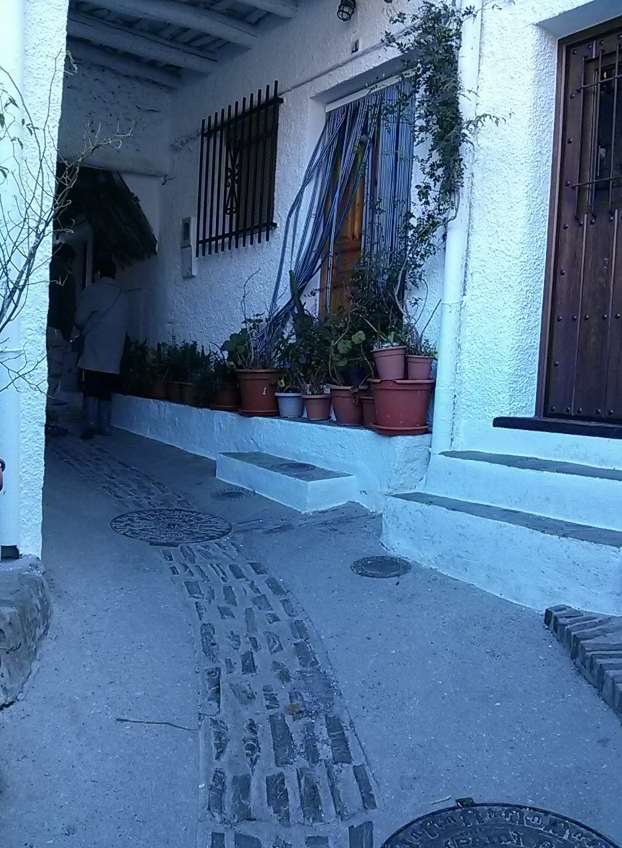 In one of the little villages we saw serrano hams tanning in the balcony, I thought it was curious, but not strange that in that altitude and climate that was possible. 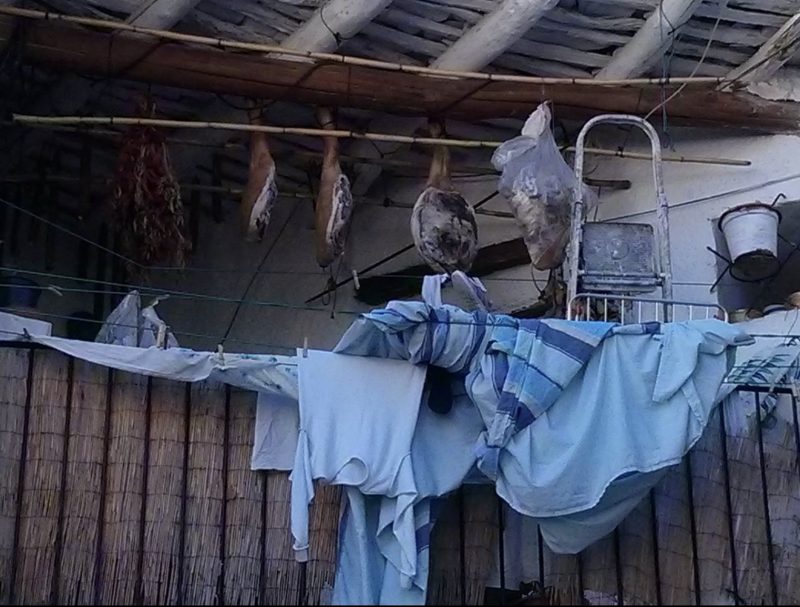 But the best thing was a delicious aroma that overwhelmed us, it came from a little chocolate factory! It was ever so cute, we couldn’t resist the temptation to buy the delights sold there.

On Boxing Day the fabulous Palatine city of the Alhambra was waiting for us. A fortification which used to hold a whole city in its interior. 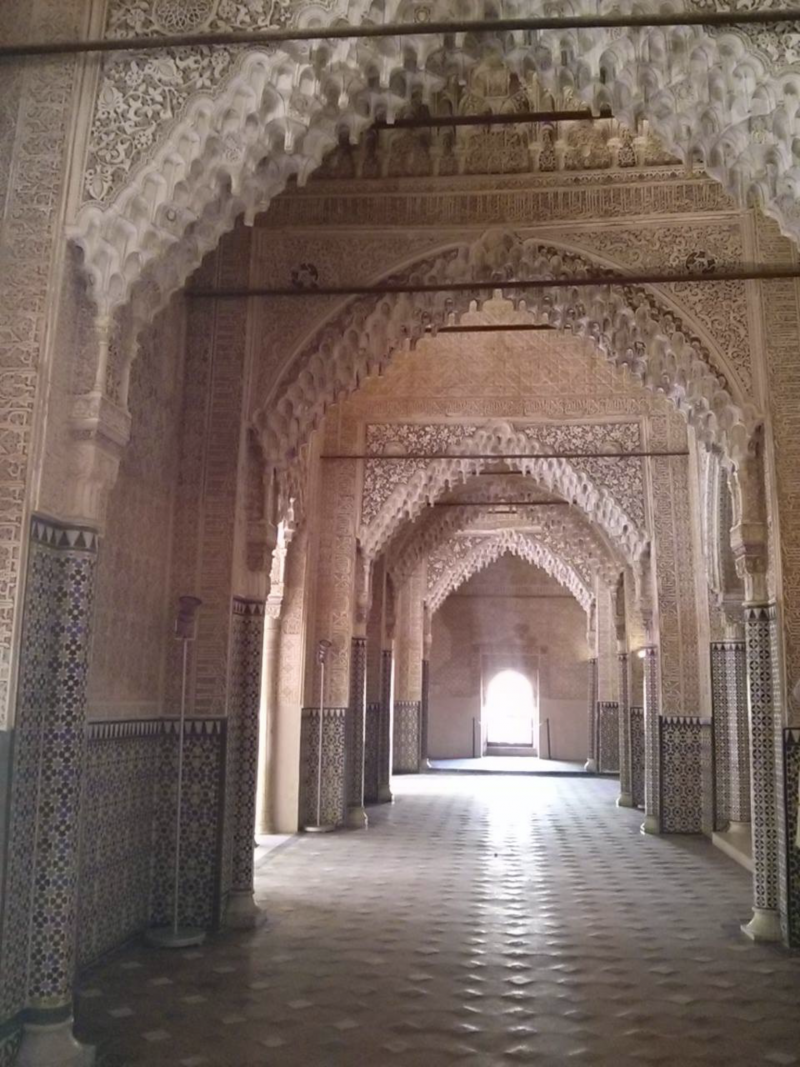 Its etymology tells us that means “red”and there are various theories about the origin of this name. I like the one that says that when it was built at night it looked red due to the light of the torches, it is more romantic. 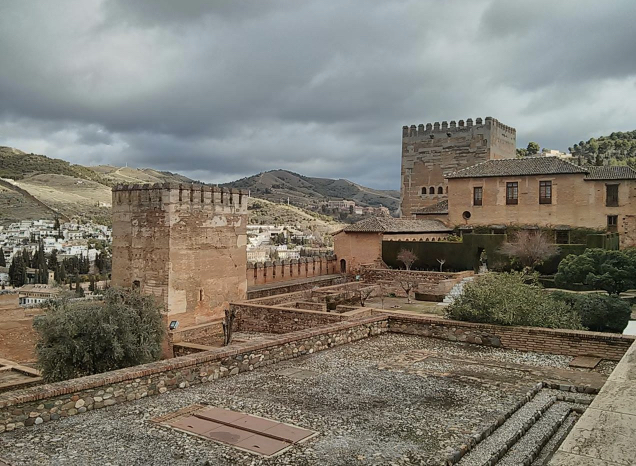 In its fortifications located on top of Sabina Hill, one of the most elevated points of the city, we find various palaces. 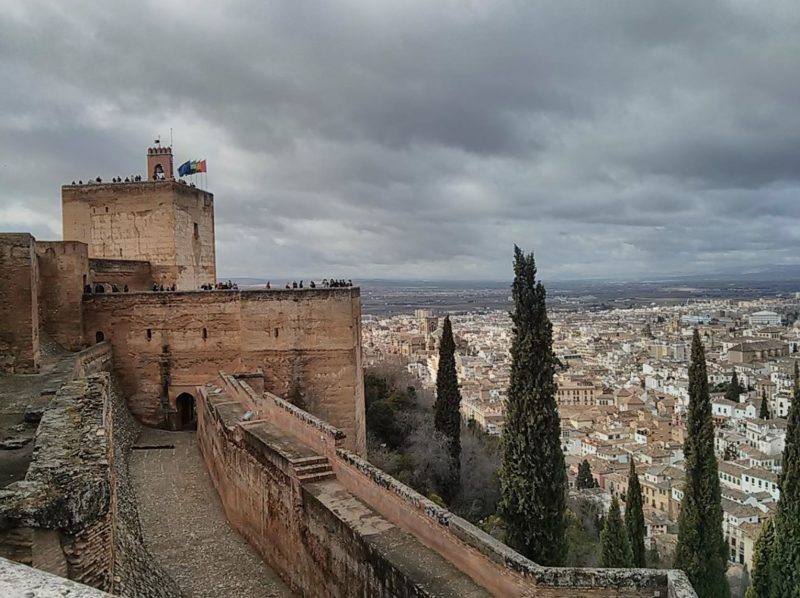 Also bucolic gardens, like the Generalife. As the arabs came from the harsh & dry desert they created so many gardens which would call to seclusion, that was also their idea of Paradise. 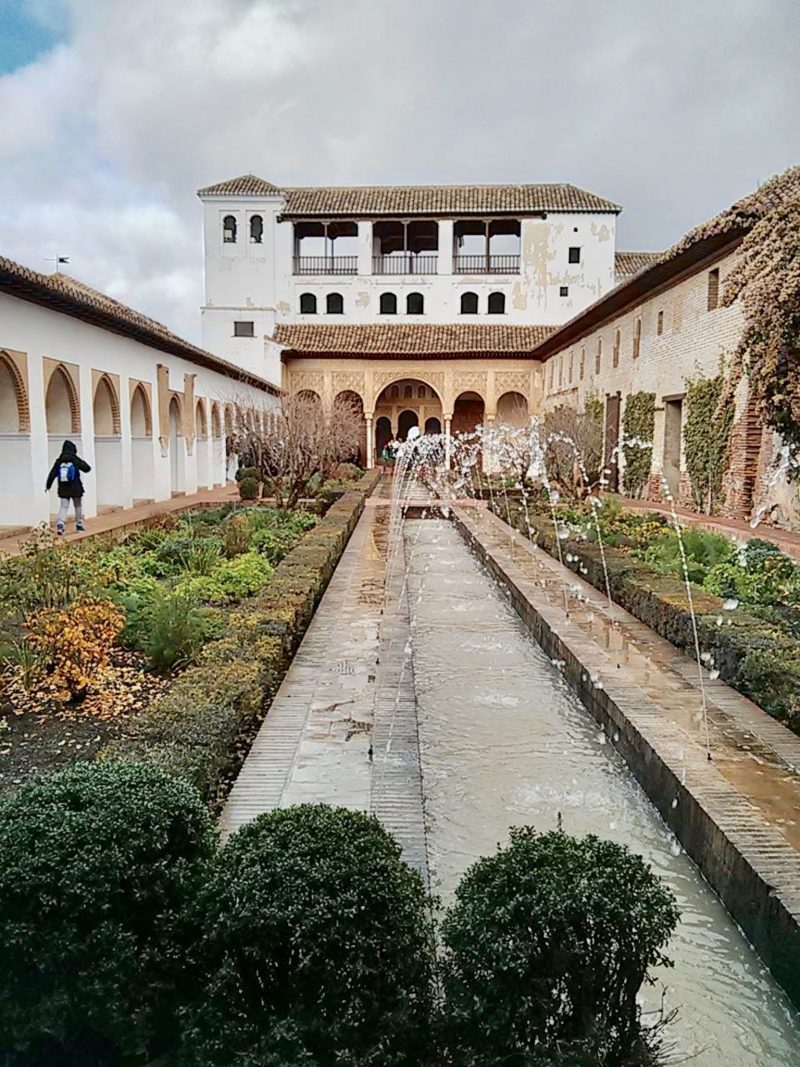 What I find to be the crown jewel, located within the Nazari Palace is the Patio de los Leones (the Lion’s Patio) it is difficult to describe a wonder that has prevail for some many years under so many reigns. In its center there’s a fountain with twelve lions, the only animal figure. The Islam doesn’t consider any human figures nor animal ones in its decoration. 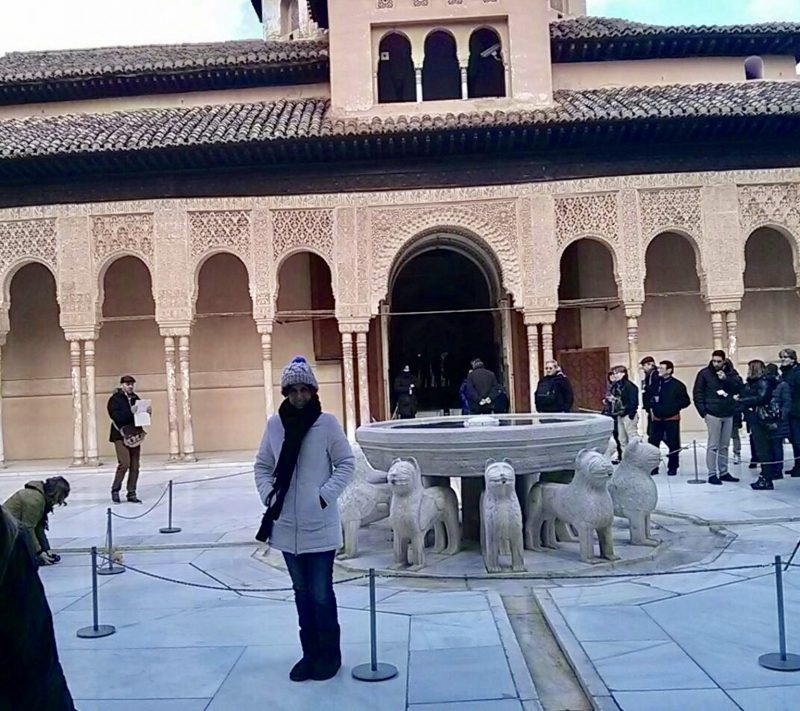 The Alhambra is a place that one must visit, if I try to explain to you the wonders we saw and it’s perfect geometry of shapes, its beauty will be diluted like the red dye in the waters of the river Darro.

After spending the morning taking pleasure with the Alhambra we went down to the centre of the city for something to eat. We went to the what’s probability the liveliest street, Navas Street, bustling with tapas restaurants and flamenco dancers showing their art; a dancer was Japanese, yes, she was, and she danced wonderfully. The Town Hall Square is at the beginning of this street.

Next day we went for a walk, I couldn’t wait to see its Renaissance Cathedral, I am not sure I have mentioned that I am crazy about them, any temple in fact, as well as libraries. So there we went, to admire her, another beauty difficult to describe. 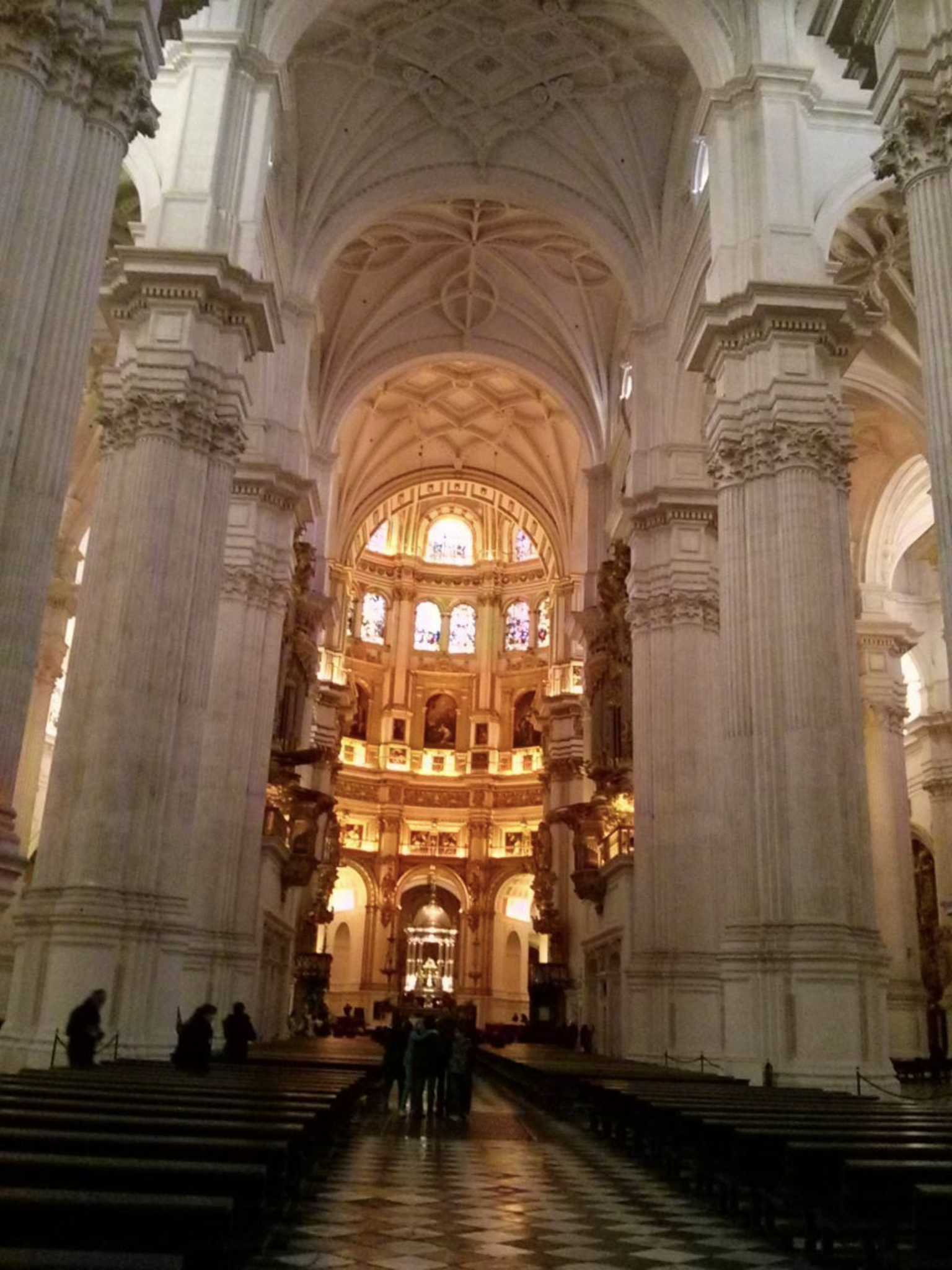 Surrounding it we found the most western Spices Market of the Silk Road and the oldest of Andalucia which has endured without interruption. 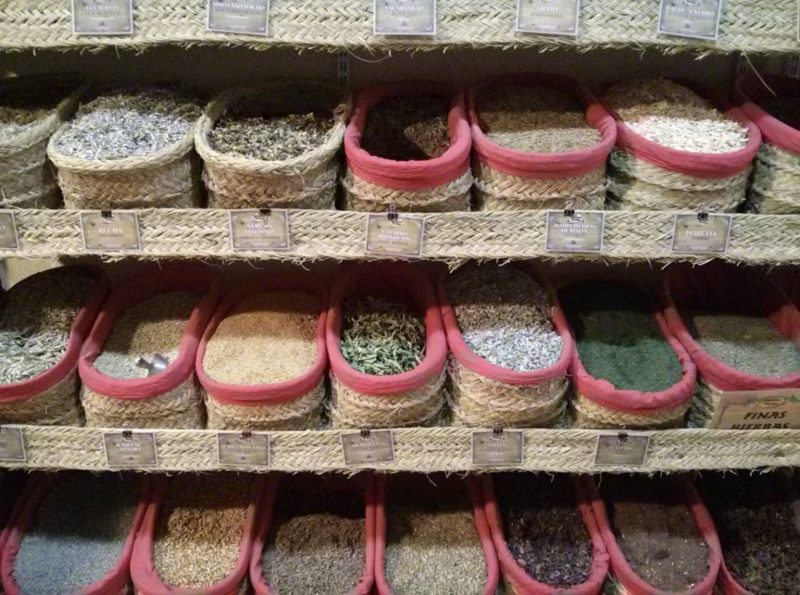 To my surprise in the same street was the Madrassah, created in 1349, place where they taught languages, law, rhetorics, medicine and philosophy. 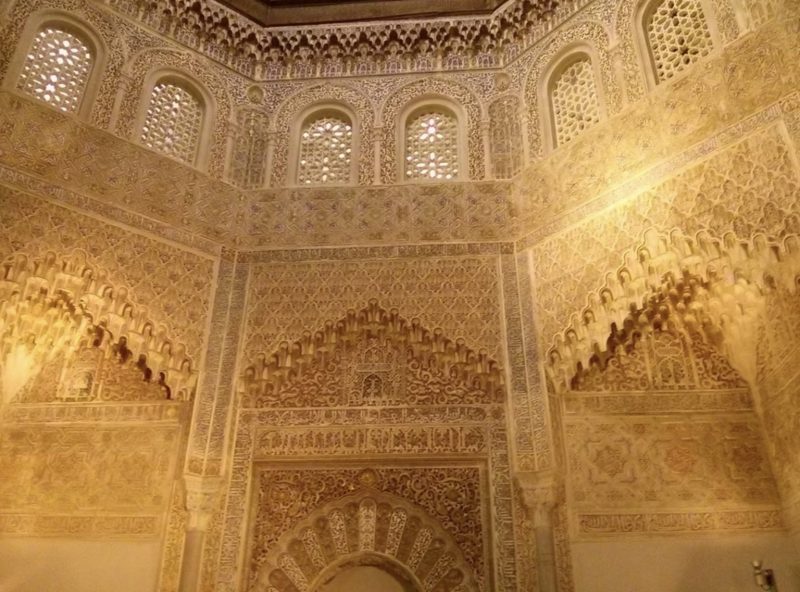 It reminded me of the book “The Physician” by Noah Gordon. The madrassahs were centres of Arab wisdom and this particular one is still wonderfully beautiful. Nowadays it belongs to the University of Granada. 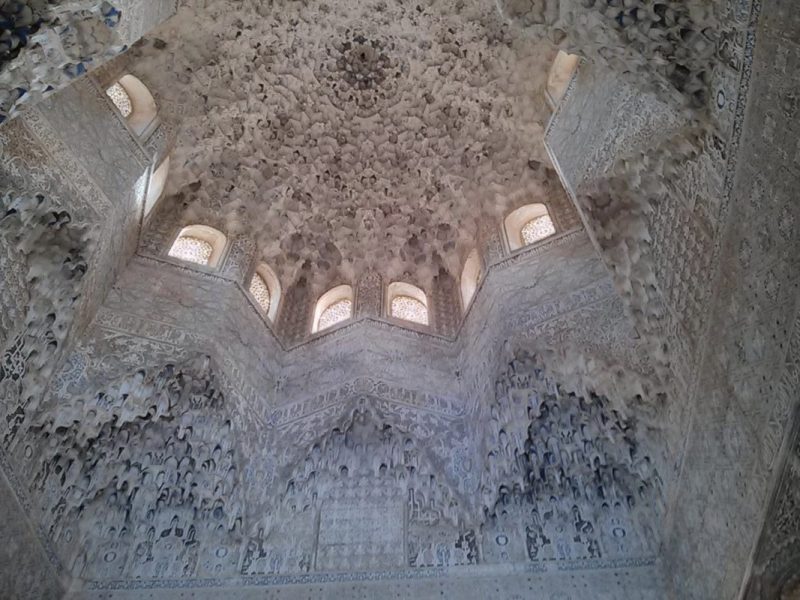 One of the most beautiful neighbourhoods in the city is the Albaicín, it’s narrow little streets bloom with charm and lots of Arabic touches from the 500 years of Al Andalus. Granada was the last of the kingdoms of the Iberian Peninsula conquered in 1492. 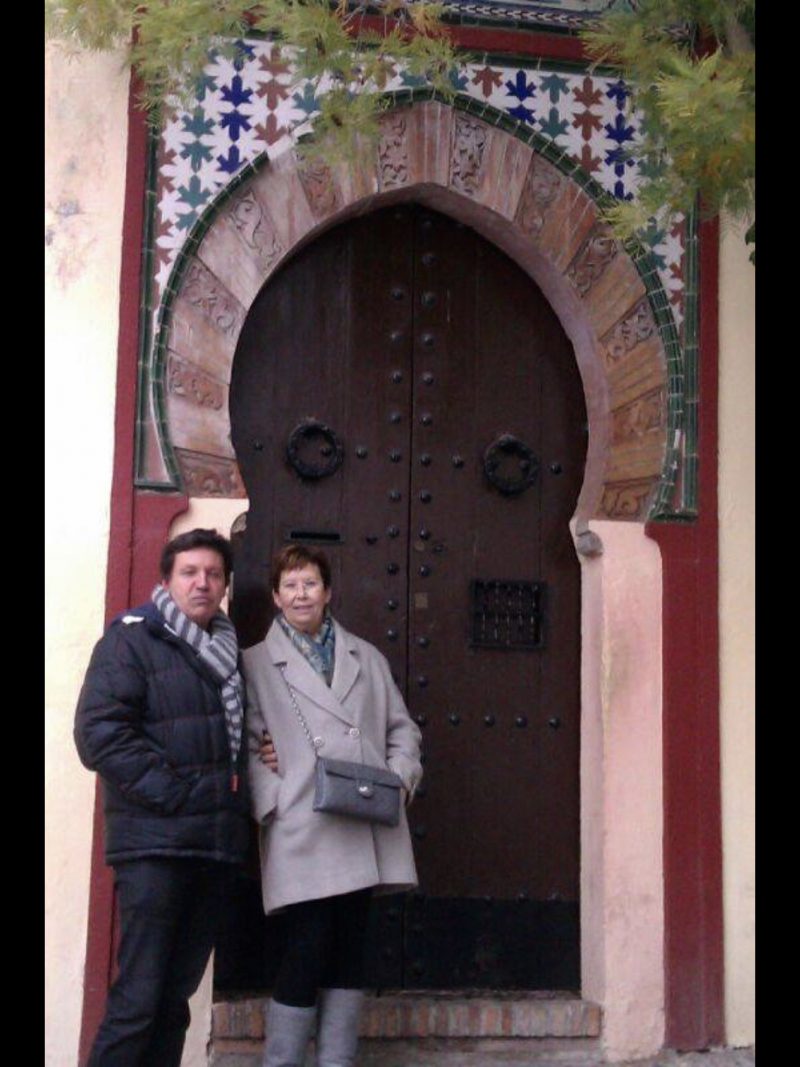 From the Santo Domingo’s Church you can enjoy the best view of the fortress of the Alhambra, what a privilege to live there! I am so in love with this city, I can’t wait to visit it in the spring!. 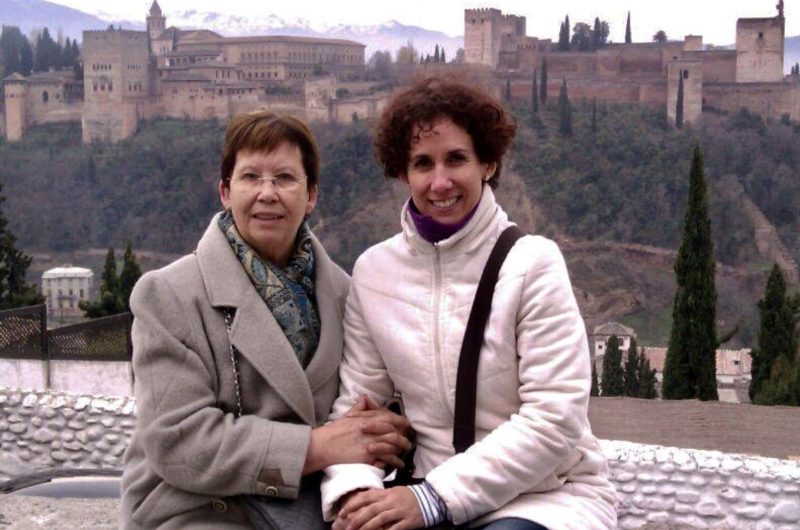 Do you know the reason why it must be divine in the spring? Because of the Carmenes which decorate it. They are beautiful gardens. In a rainy day we visited the Carmen of the Martyrs, it is something more than a house with its garden and its allotment, it is a mini paradise that even in the winter is beautiful. 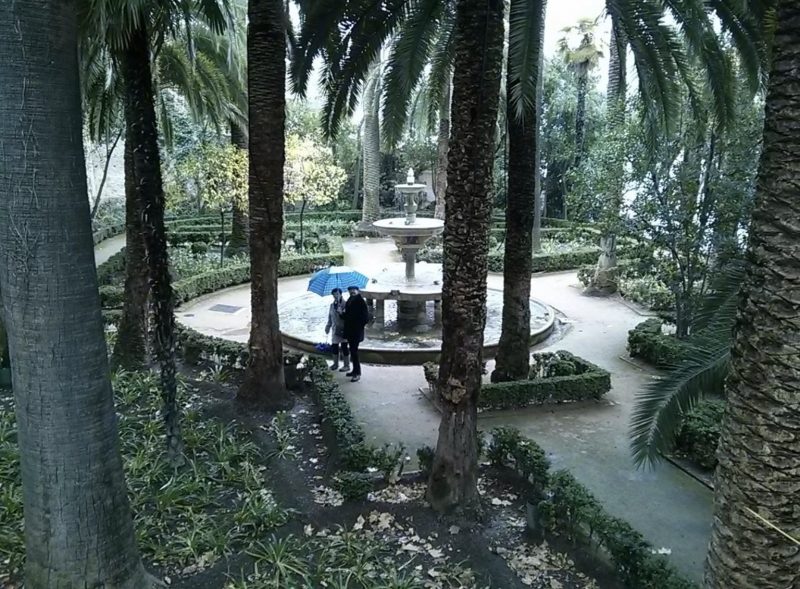 In it you’ll be able to find, still working, part of the Arabic water system that brings the water from the Alhambra. Many of the systems are still working nowadays and they have been the base for more modern ones. 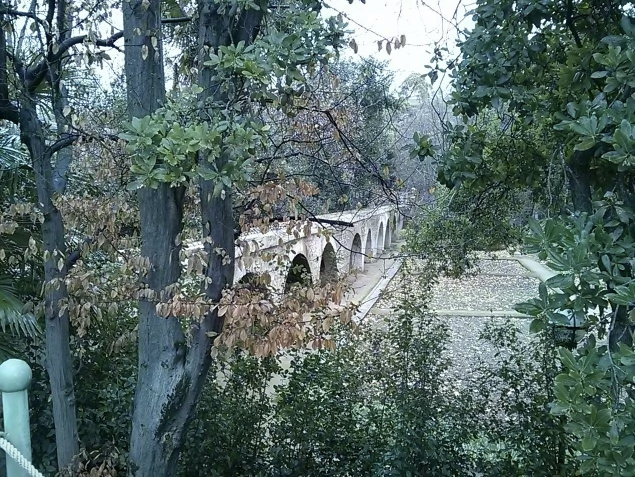 Walking around the city we get to a point where the rivers Darro and Genil meet. We strolled around there starting in Plaza Nueva and continuing for Carrera del Darro. 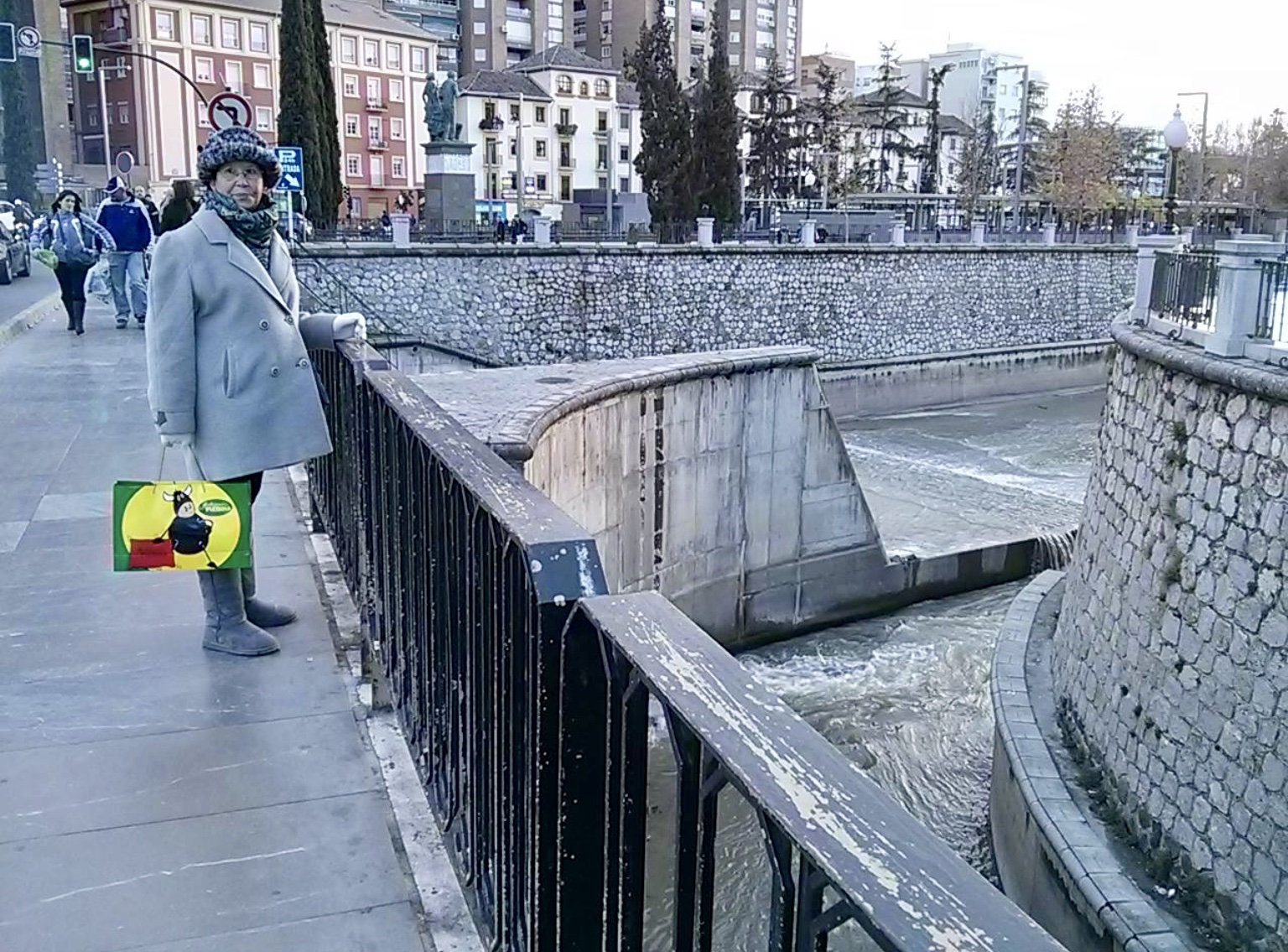 In the Carrera del Darro there is another beautiful and baroque church, Nuestra Señora de las Angustias, this is its dome.

Today I’d like to tell you about a book that was recommend to me by our friend Luciano a few years ago and, when I visited Granada I was very happy to have read, it is called Leo Africanus by Amin Maalouf. It is a historical novel that tells the story of Hasan, who was born in Granada before 1492, in the times where the moors were thrown out from Spain. He starts a big journey which will merge Arab and Christian cultures. Amin tells us about all the historical events that happened in the different cities Hasan’s journey take him, from Tombuctu, the kingdoms of Niger and Nile, Constantinopla, to the Rome of the Medici. 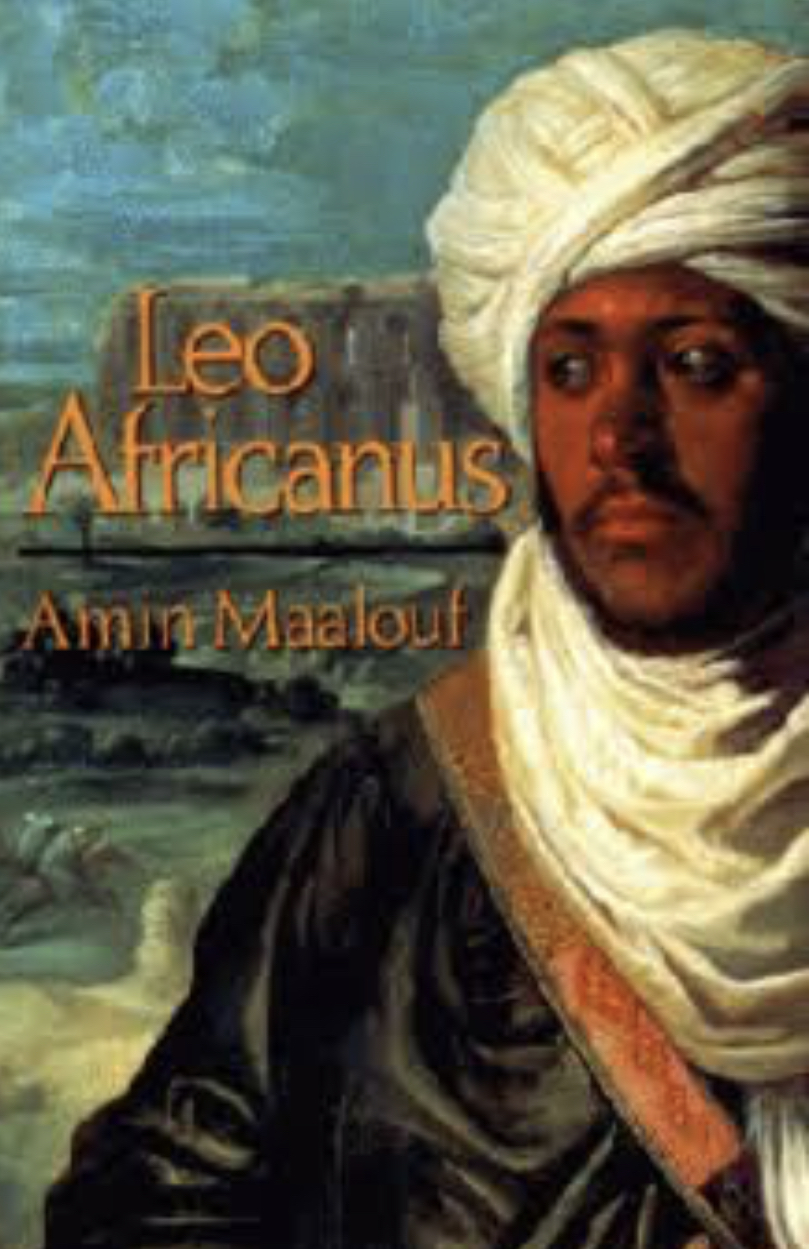 A novel I enjoyed reading and that I totally recommend to read if you are planing to visit the beautiful Granada dear nomads.