Some years ago I packed my kites and the wetsuit and off I went to find some adventures in the antipode. In December, right on time for Christmas, I arrived to Auckland, the biggest city of the country known as Aotearoa, which means “the long white cloud” in Maori.

I had an agreement with this lady, I’d house and cat sit for a month while she and her family went on vacation. 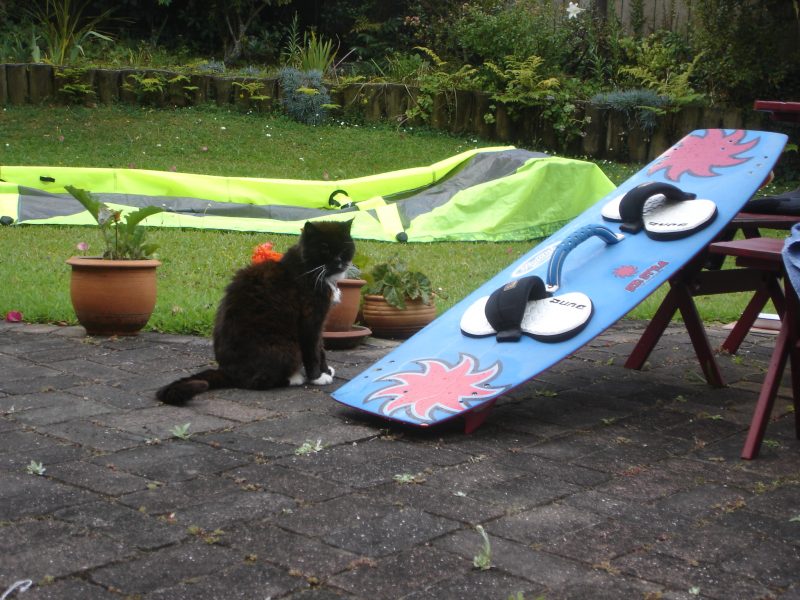 I settled in with Tahi, the cat, which means “one” in Maori. The house was near St. Heliers Bay, a not very big beach near a residential area. In front of it there was a volcano, one of many in this country, regardless of where you look at them from, they all have the same shape.

Kiwi is not just a nice fruit from that side of the world, but also the name of the bird symbol of the country, that is why the people from NZ are also called kiwis. A kiwi family invited me to spend Christmas Eve with them. I didn’t know them in person, I had only exchanged a few emails with the matriarch, who had put me in touch with my landlady. The same as in Mexico, the welcomed me with kindness and made me feel like at home, especially Grandma. 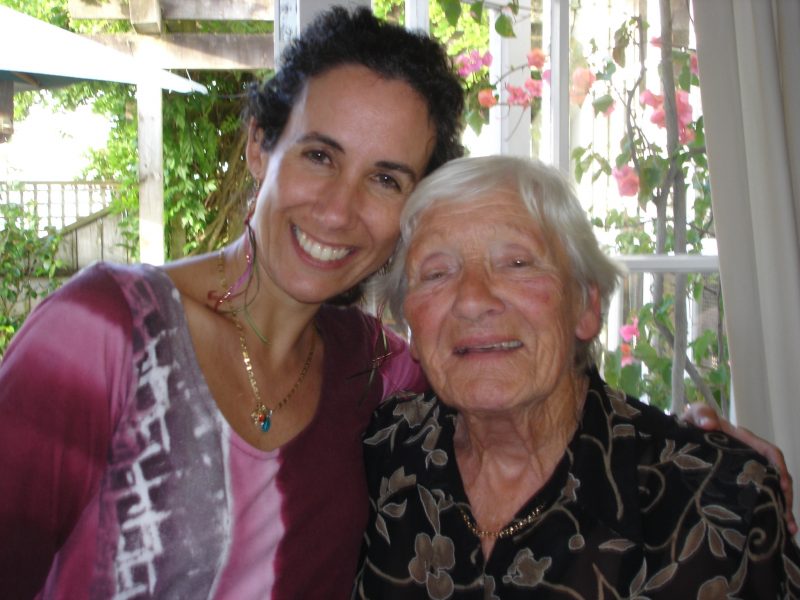 After a beautiful and memorable Christmas Eve, Christmas Day arrived and I had no plans, neither had Nick, a nice Italian kite surfer who was learning English, so we decided to go exploring. Driving around we got to Waitakere Regional Park, from there we admired the beautiful views, walked through the lush forest, crossed a bridge above a little stream which was flowing there, basically we admired nature, nature and more nature. 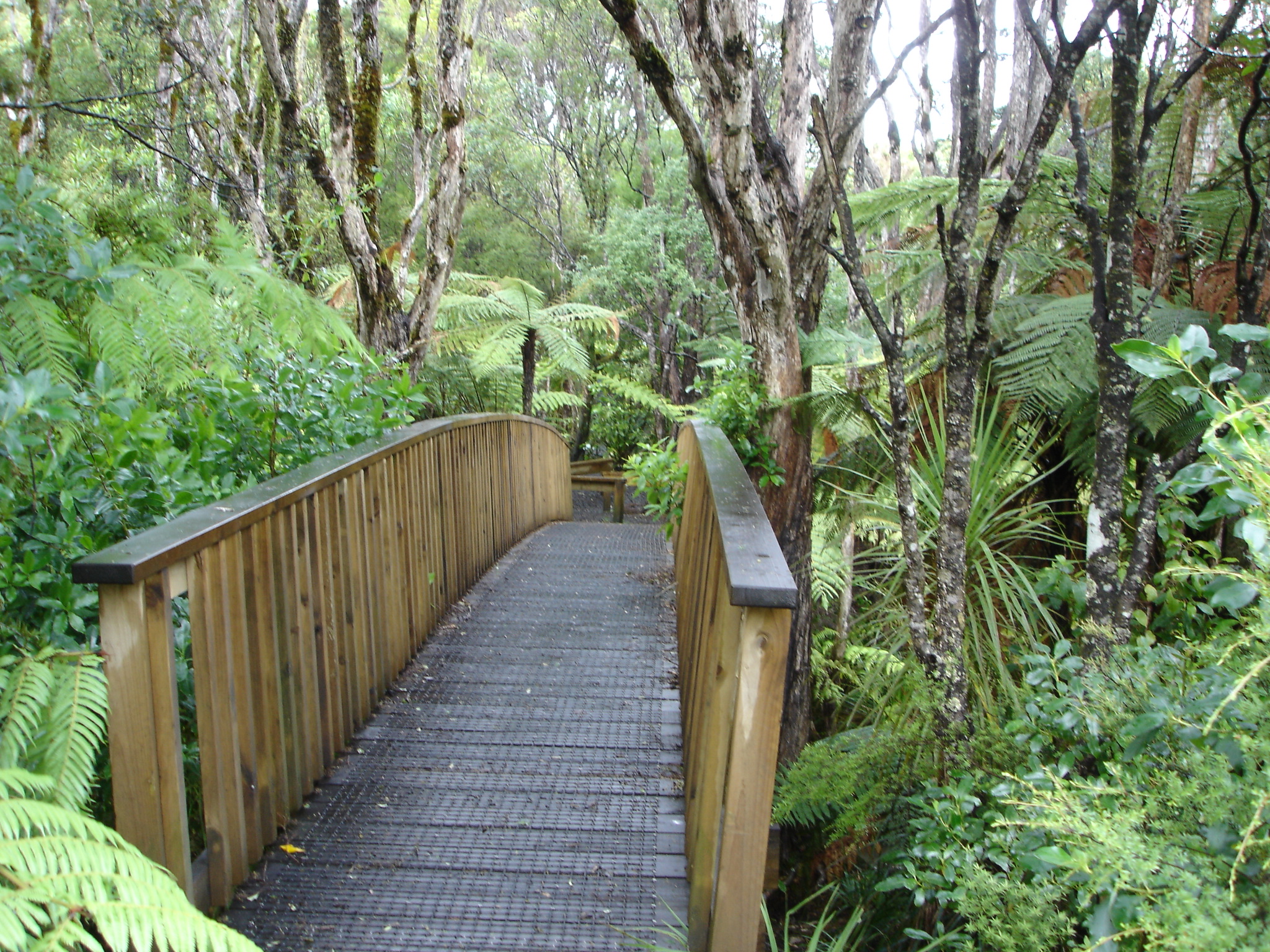 We kept walking and got to Kite Kite Falls, they are not very big but they are very pretty, especially being surrounded by all that green. 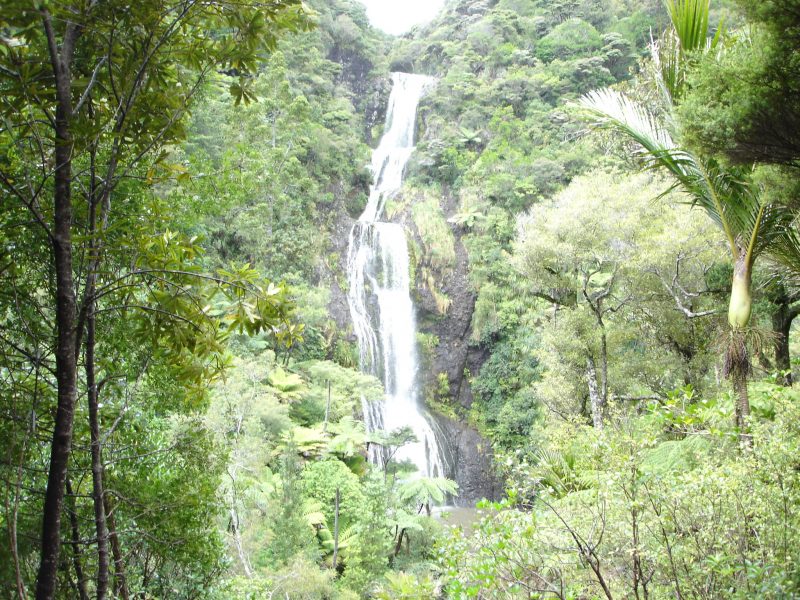 Some kilometres further there is Karekare Beach, a stunning surfer’s beach, with nothing more than sea, volcanic sand and miles and miles of nothingness. In its entrance, if the tide is low, appears a river that you’d have to jump across to access the beach. It is a fabulous place, nature in its purest form, and only a few humans wandering. 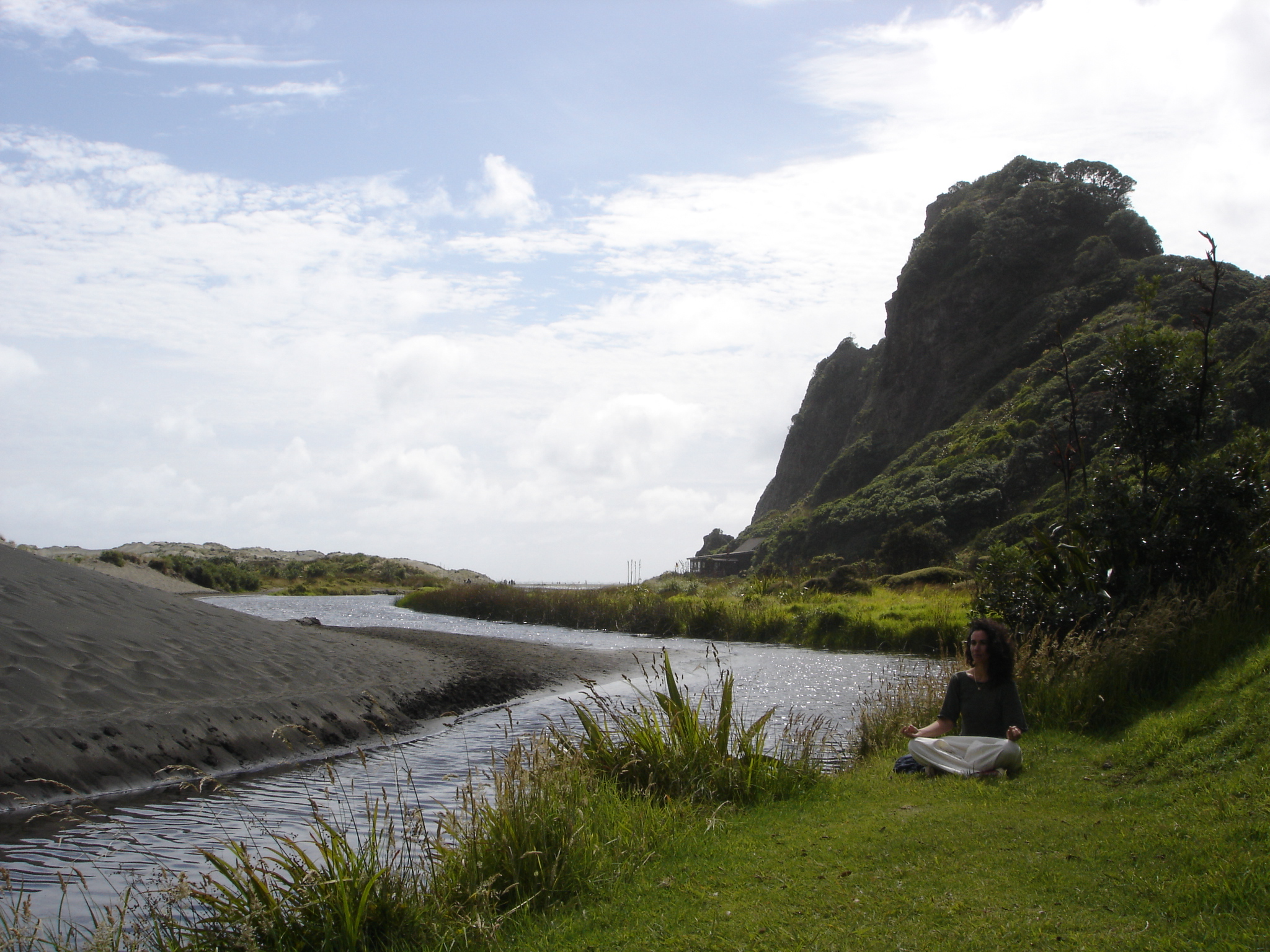 We spent a great, different and happy Christmas day, look! 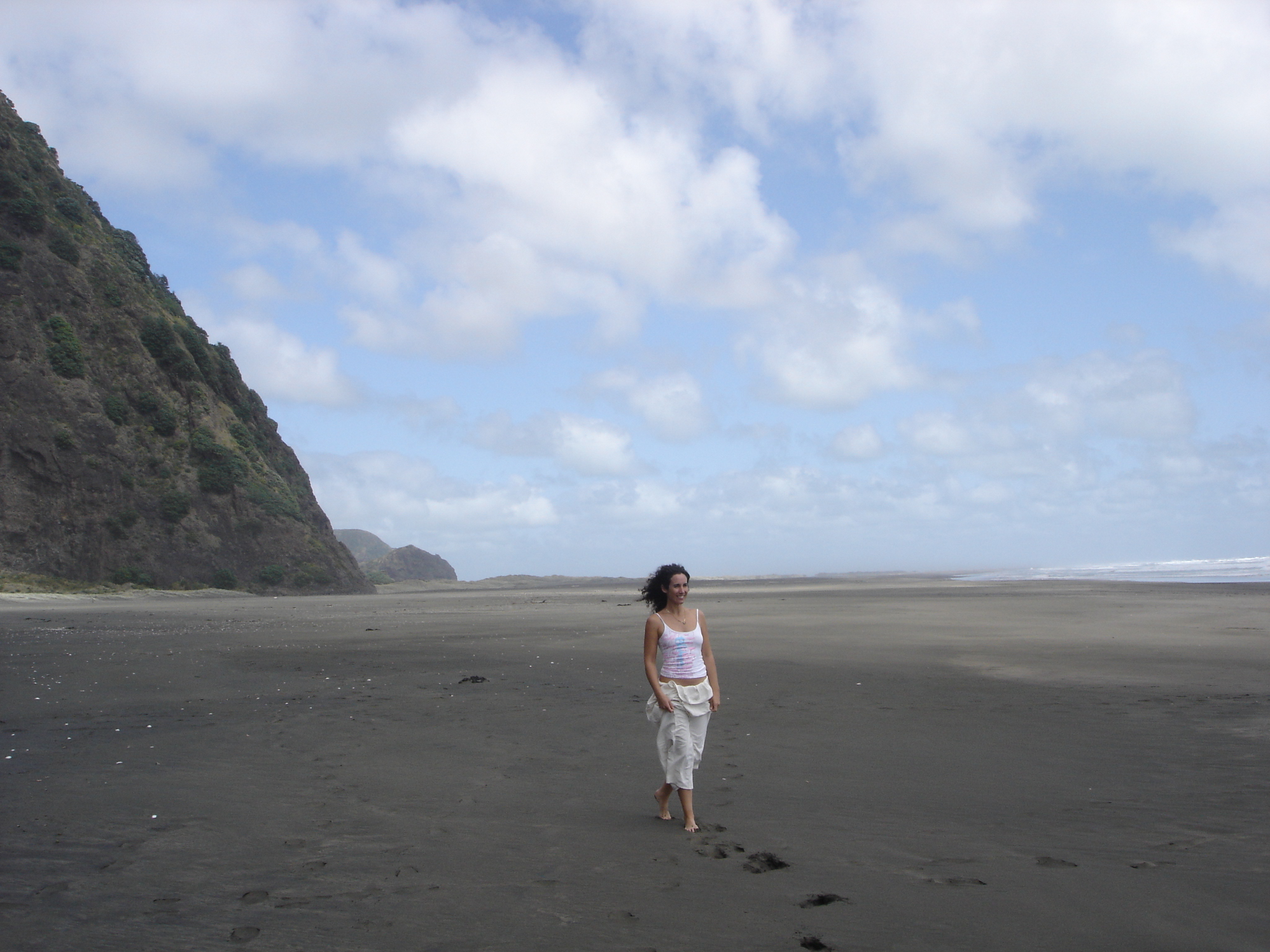 Next day our festive adventurous spirit was still on the rise, so we got in the car and went to Piha Beach, yes, the same one featured on the movie “The Piano”. Popular amongst surfers and magical, or so I thought when I saw some Maori drawings on the sand created, I imagine, buy a local artist. 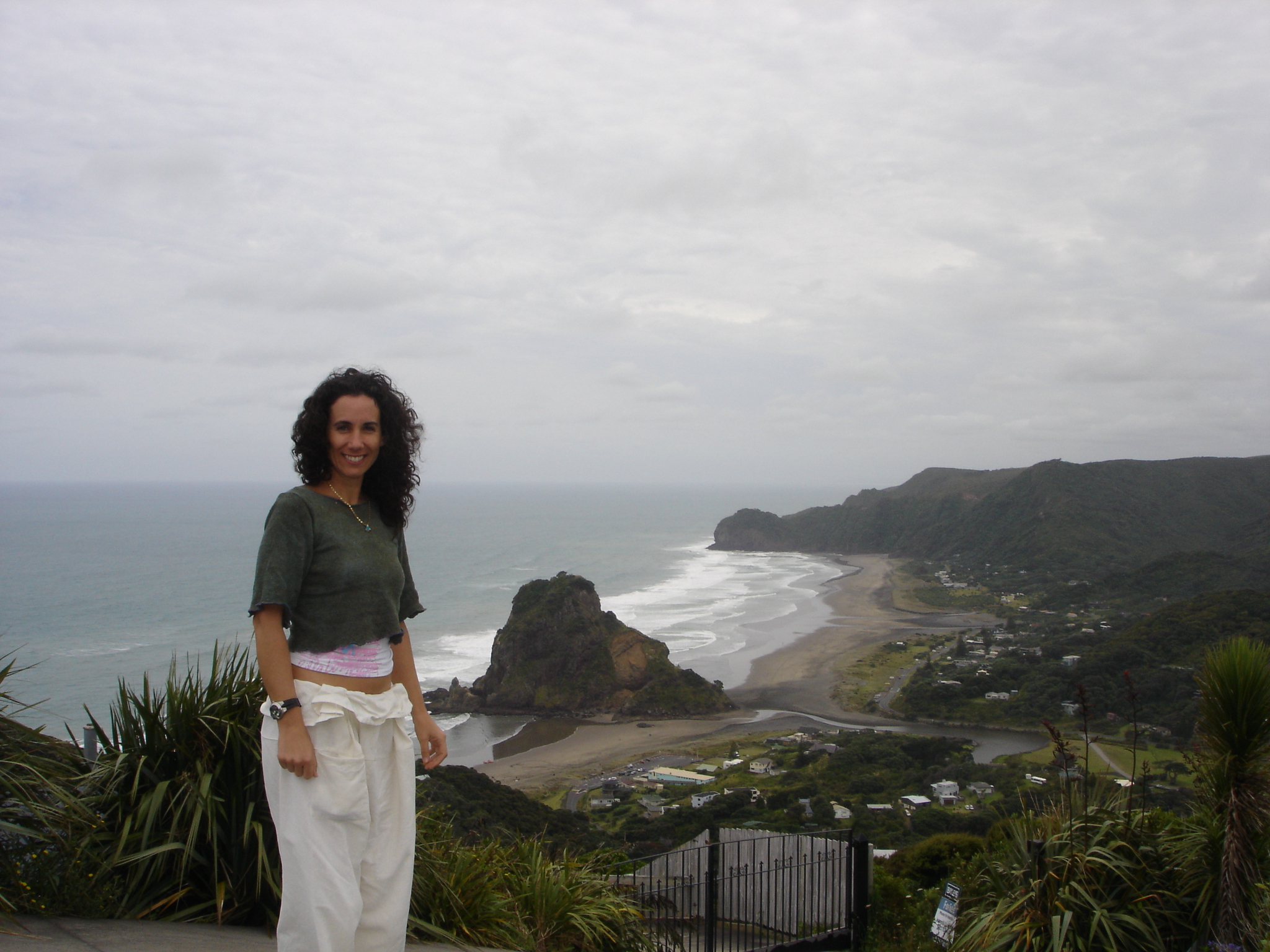 I discovered another spectacular beach, Muriwai, bathed by the Tasmanian Sea, which is the one that separates NZ from Oz. Its waves and currents are wild. The undercurrent was so strong that the sea threw me off my balance, when the water was only reaching my knees. They were allowing people to swim in a little “water corridor” because of how risky it was; the only ones who adventured further into the sea were the kite surfers. I met an Australian lifesaver with long grey hair who told me many stories of his sea rescues. 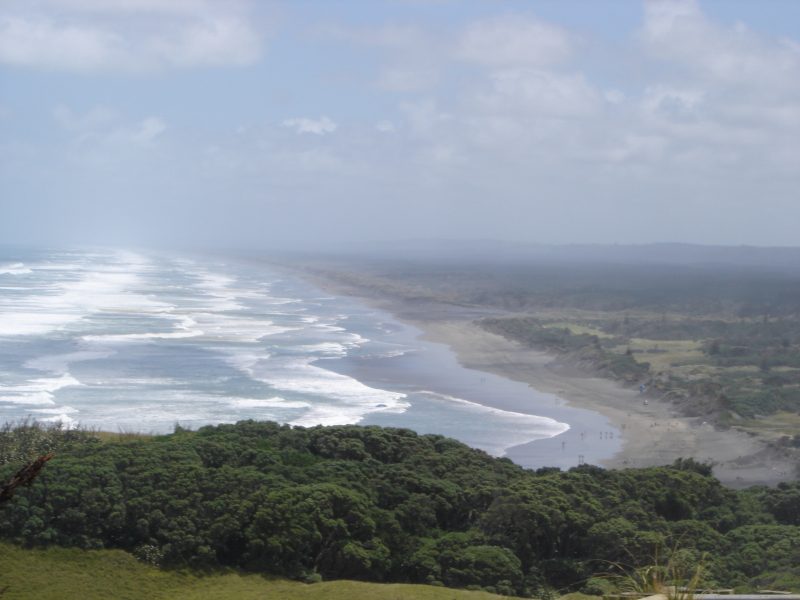 New Year was getting close in the city of Auckland and its famous port. What did impress me every day was to see how the tide was getting low and the sea … disappeared! Literally, leaving the boats on their sides. 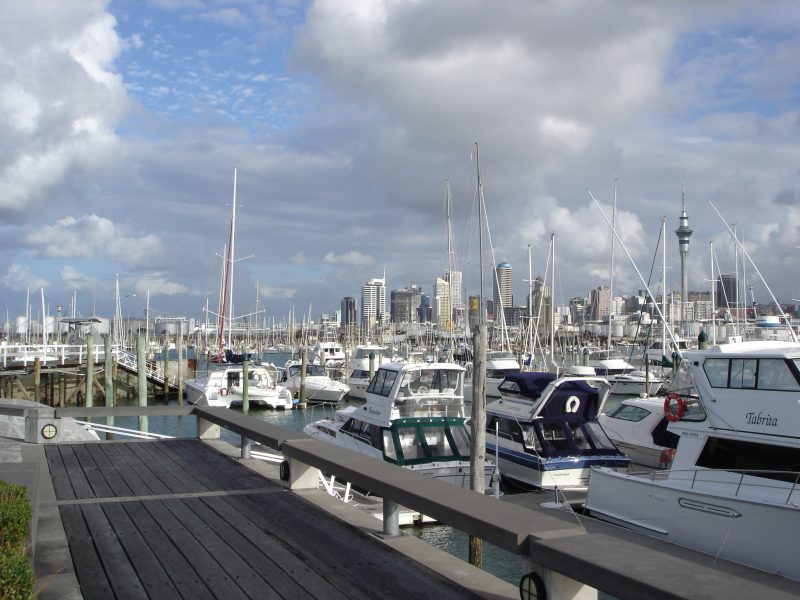 The most iconic building in the city, and the one you’ll be able to see from the distance when heading back from your adventures is the Sky Tower, the tallest in the Southern Hemisphere.

From Mt.Victoria you’ll obtain a very good shot of the skyline of the city, it is an ideal park to walk and eat a picnic as well as enjoying the view. 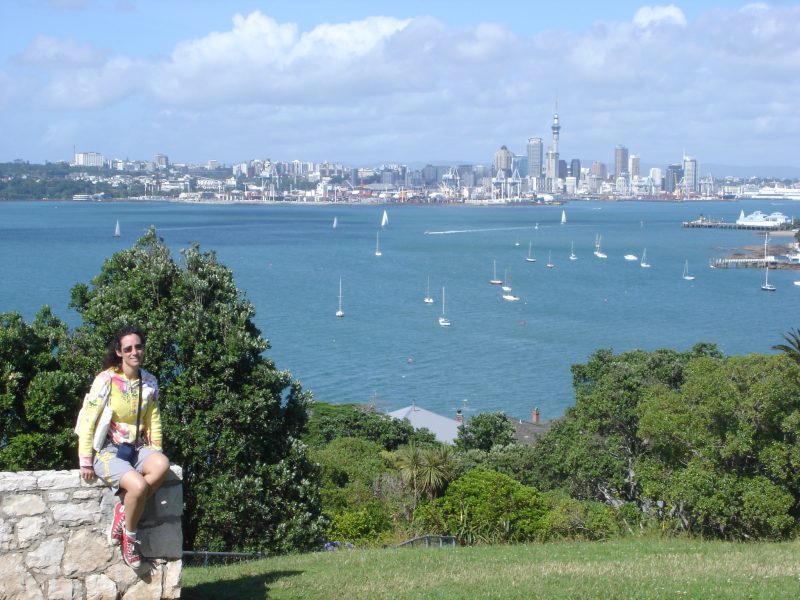 Another place where you’ll be able to take good photos is from Mt. Eden, a sleeping volcano with amazing views. Near there is the stadium Eden Park, where the All Blacks play many times, I am sure you know who they are. 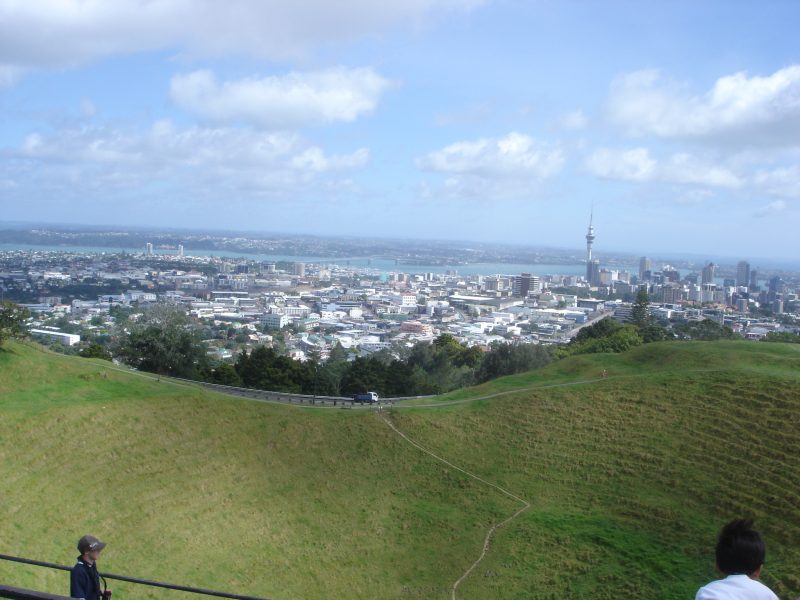 Today I wanted to talk to you about a novel, or better yet, a trilogy by the author Sarah Lark. The first book is called “In the land of the long white cloud” the name the Maoris use for New Zealand. In it the writer tells us the adventures of the two women when, in 1852, they boarded a boat heading to New Zealand. On the way there they forge a good friendship, even though they came from different backgrounds and had opposite personalities. In the new land their husbands were waiting for them, who were not what the women expected. They lived adventures which reinforced their friendship, they found other ways of life, different from the old England; horses and dogs travelled too and they became characters of the story I loved. Love, hatred, trust, betrayal, all of that and more in this book which will hook you from chapter one. 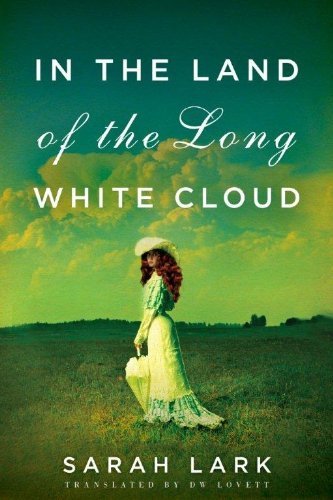 I hope you liked my little introduction to this wonderful and faraway country inhabited by good people, where I spend one of my favourite Christmas. I wish you loads of happiness dear nomads.