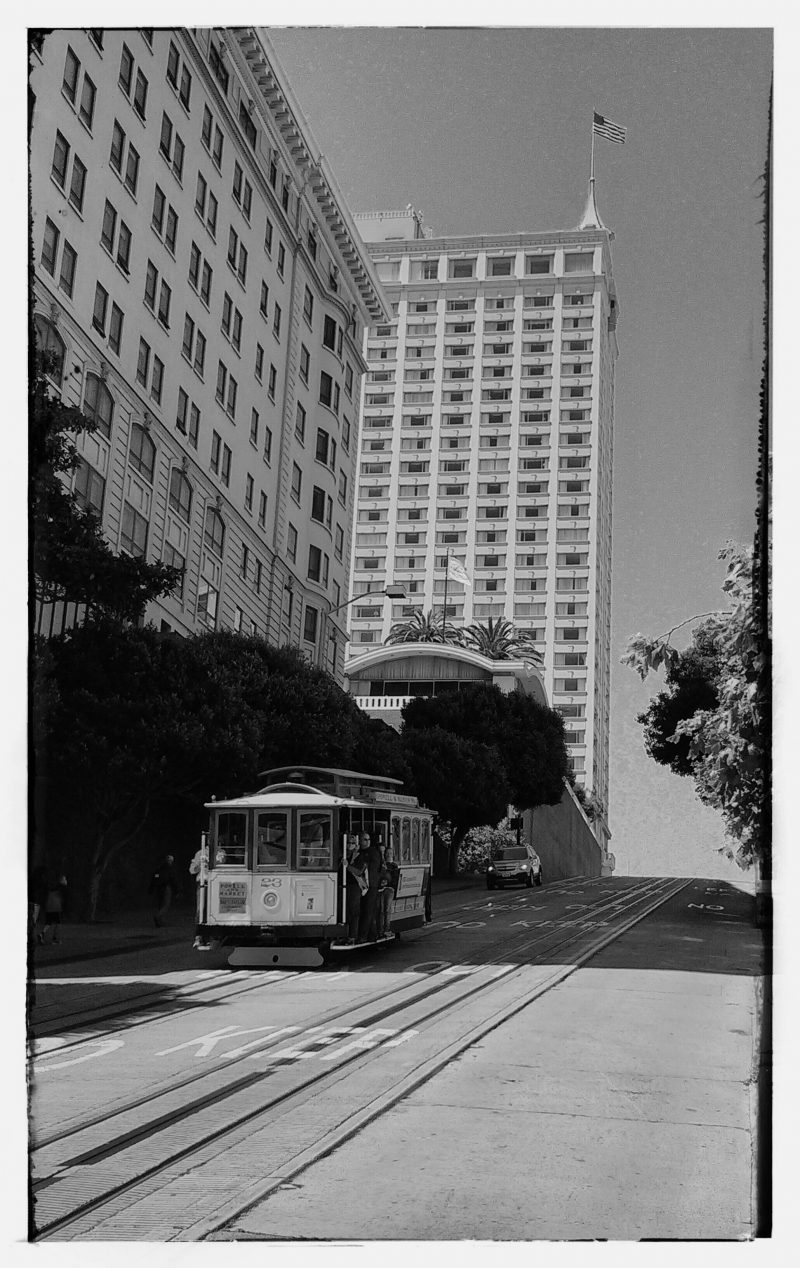 Yes, the city of the hills ON A BICYCLE, the world is made for the brave ones!

I know three routes to go over and not die trying. There are plenty of places to rent bicycles from, even electrical ones, for the not so brave ones.

The least risky and flat route is from the center of the city, starting in Market St., one of the main streets, near Powell St., where the cute cable car goes up and down the hilly streets, and where it does its 360º turn pushed by two operators, it is very funny to watch! 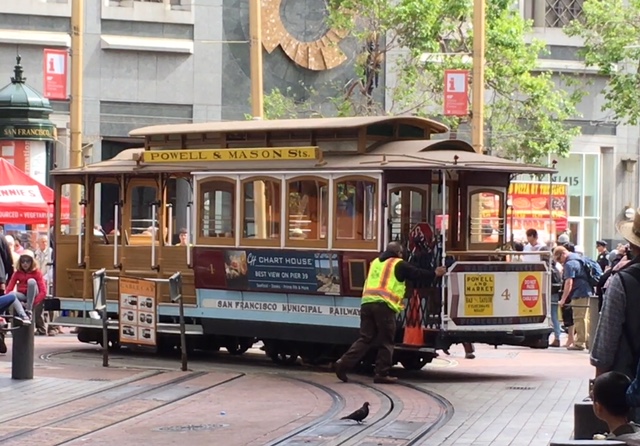 Going down on Market to Embarcadero 1, where, by the way, there are a few very cute coffee shops to have breakfast. It is also the Port of San Francisco where ferries from various points of the bay arrive.

Continuing the ride to the left you’ll get to the famous Pier 39, where the noisy sea lions will salute you, they settled in these waters years ago because there was plenty of food and it was more difficult for predators to attack them. In the winter there are many, in the summer, they go exploring other waters “to flirt and make up”. From there you’ll be able to see the prison-island of Alcatraz in the distance. 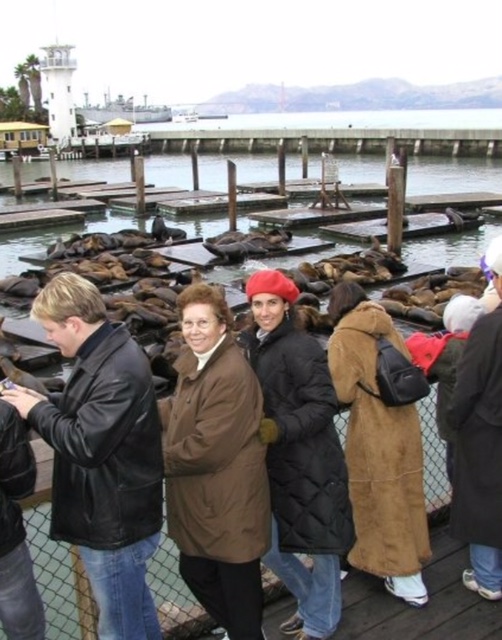 Cycling along, the next interesting place you’ll find not far is Fisherman’s Wharf, there you’ll pass Ghirardelli Square, back in 1863 the whole block was the headquarters of the chocolate factory of the same name, it is yummy!, says a chocoholic like me.

Riding along the sea through the Presidio Park you’ll get to a mini hill that leads to the bridge, but before, a stop to take a cool picture is a must.

And finally we’ll be entering the guardian of the bay, the Golden Gate Bridge, one of the wonders of the modern world. If you take the right hand bike path it will take you to another view point for more pictures and to a very down hill road, where you’ll be able to launch yourselves at the speed of light till you get to Sausalito and the picturesque neighbourhood of the boat houses or floating homes. Here is where you can leave their mail. 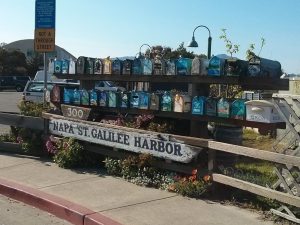 You might be wondering how to come back and who is the brave nomad who rides up the hill we’ve just rode down, don’t worry, when you rent the bike they give you a ticket to take the ferry back to Embarcadero 1, praise the Lord, after this route you’ll come back safe and sound.

The second option is to take the left hand bike path on the bridge, it also takes you to a nice view point for the super photo, from there, careful!! There is a trick!. When I went with my friend Emilio, a professional hardcore cyclist, he gave me the option to choose between going up the easy and shorter route, or the longer but more spectacular one, I, playing super cool, chose the long one, and so off Hawk Hill we went. That was the trick!, if you do this route there is NO ferry ticket , you get back to the hotel with certain part very sore due to the seat, but happy as Larry. 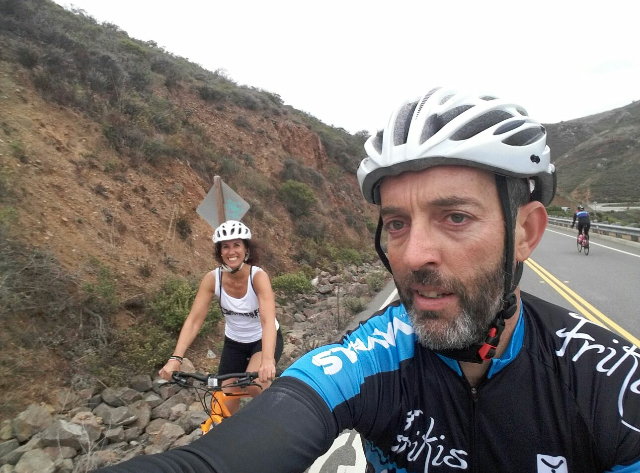 The third alternative can also be a little tricky, do you remember the way to Pier 39? Well then, passed Embarcadero 1 you might decide to go up Lombart St, yes, the STEEPEST street in the city!, that one. That was our brilliant idea when, I went with my friend Javi and we decided to descend it, but first we had to reach the top and find the way to do it avoiding as many hills as possible. A good citizen recommended us to take a detour to avoid the worse hills. We rode the bike on all of them and only got off once, but I have to say that the hill was so steep that we could almost kiss it. 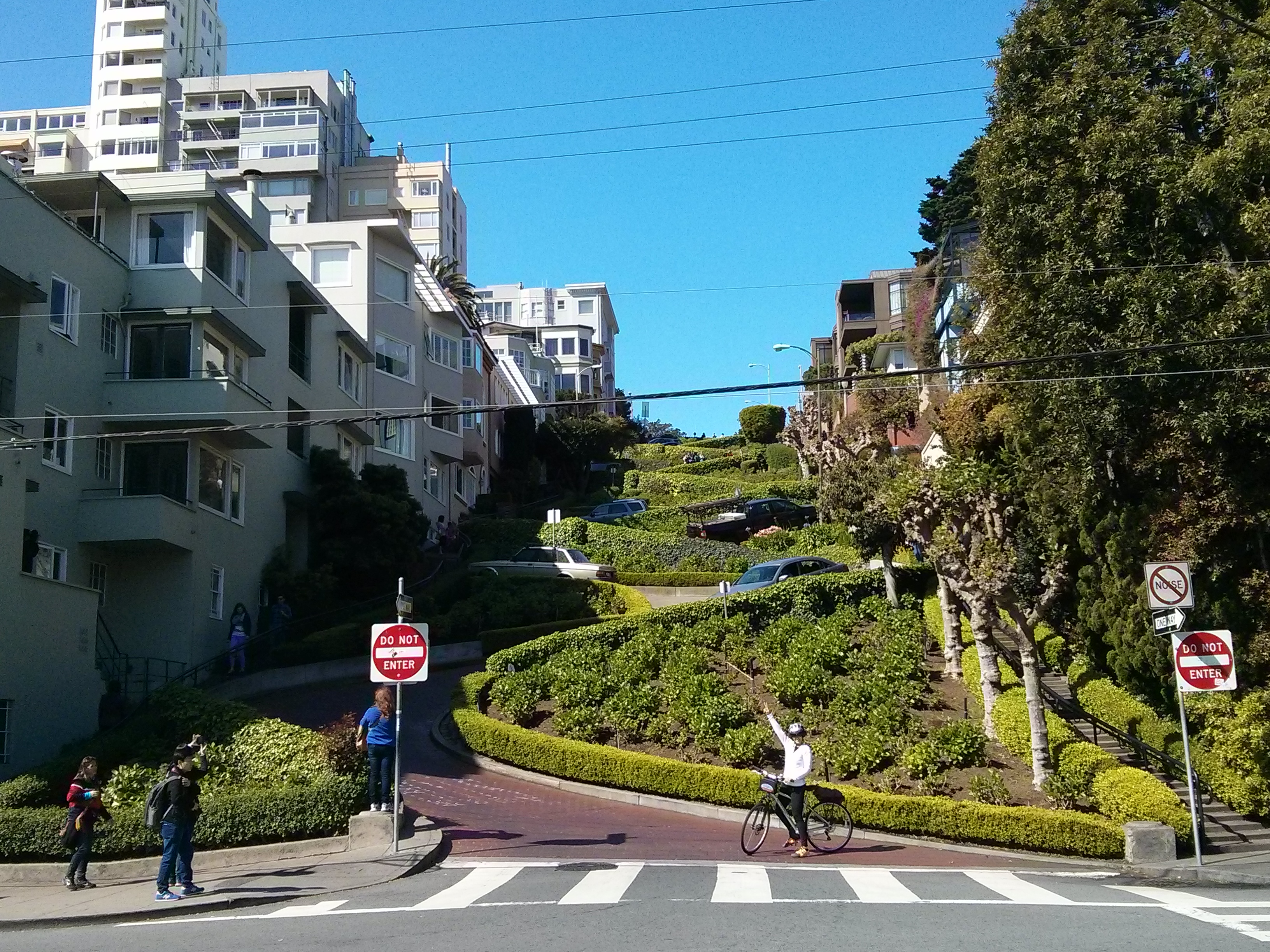 With so much exercise I didn’t have a lot of time to read, but even though I found a moment to recover my strength having something to eat in the vegan, Loving hut in the Westfield SF Center, while I was reading “The fall of giants” by Ken Follet, the first book of his trilogy on the three wars, WWI, WWII and the Cold War. I like the books that talk about these events, and in this one Follet narrates all that happened in the WWI and the Russian Revolution in an easy way, linking the lives of the five families that form the cast of characters, giving us the perspective from the different parts of the planet where the live. He makes sure they become part of our lives, making us want to read the next two books of the trilogy.

As you can see the bicycle takes us to the must of Sanfran closest to the coast, another day I will tell you about other places to visit in the center of the city and outside taking a car, shall I dear nomads?

2 thoughts on “Surviving San Francisco on a bicycle.”