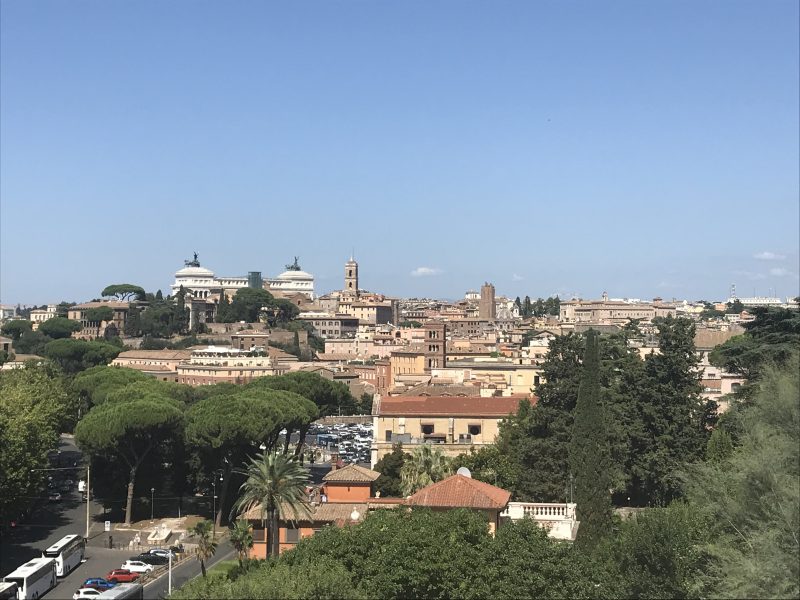 Dear nomads, I hope you are enjoying my Roman adventures. In this occasion we are crossing the very long Circo Massimo heading to the opposite side where the baths are, there we find the small & plain church of Santa Maria in Cosmedin. 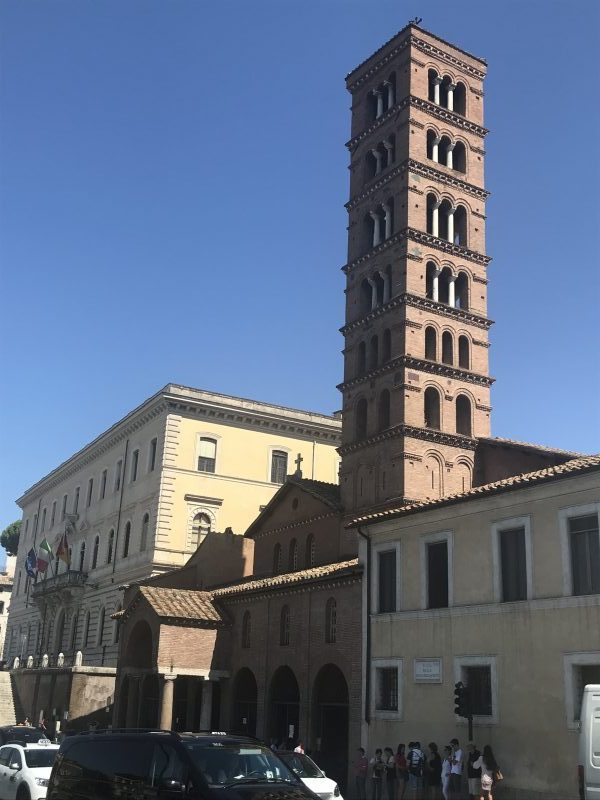 It is a minor basilica located in the Piazza della Bocca della Verità, & if you do remember in its porche there is the face sculpture of the same name, & it also had the tallest bell tower of the Middle Ages in Rome. 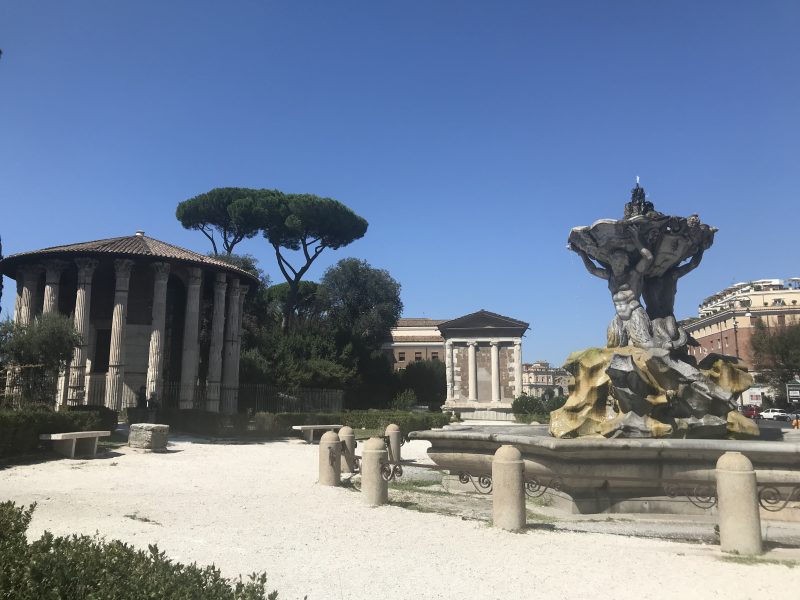 In the 7th C they’d call it the Greek School, till the pope Hadrian I reconstructed it & gave it the name that bears today. Its style is Romanesque. 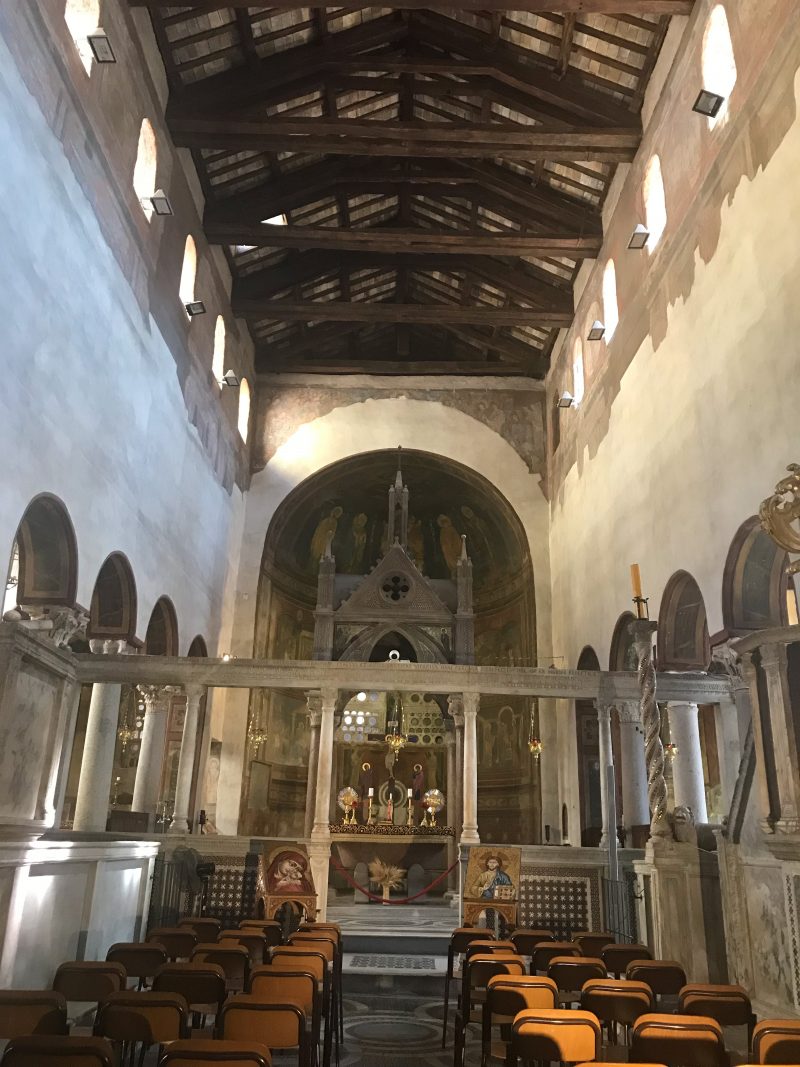 In its insides there’s Hadrian crypt.

Before arriving to it I found another church, I know, surprising; I thought it was very beautiful & I mention it so you don’t get confused if you plan to visit Santa Maria in Cosmedin. 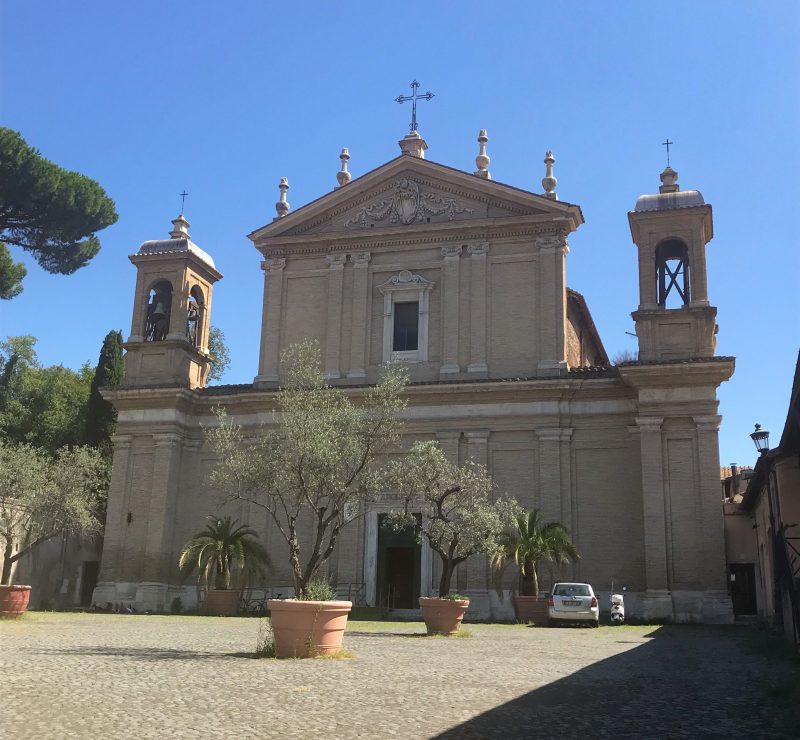 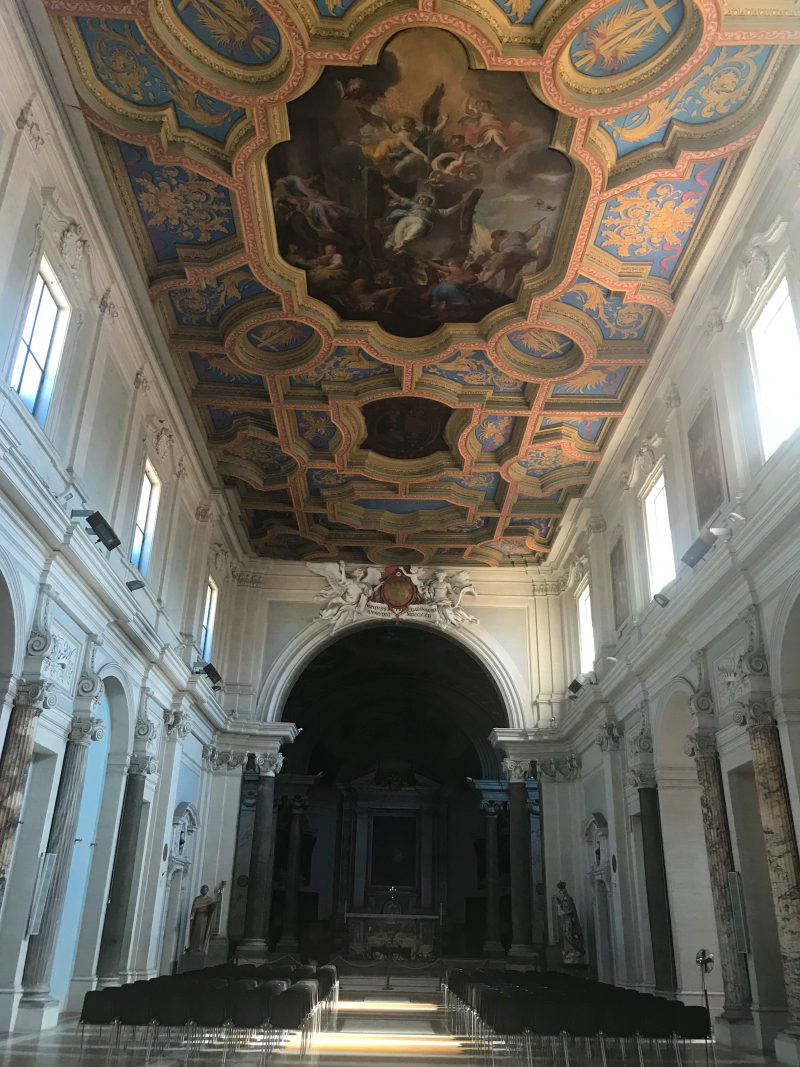 A few meters away, on the same side of the road from Santa Maria, you’ll see another triumphant arch, the Janus Arch, we saw it when we took this way to go up to the Teatro di Marcello & the Portico d’Ottavia for dinner in the Jewis Ghetto. 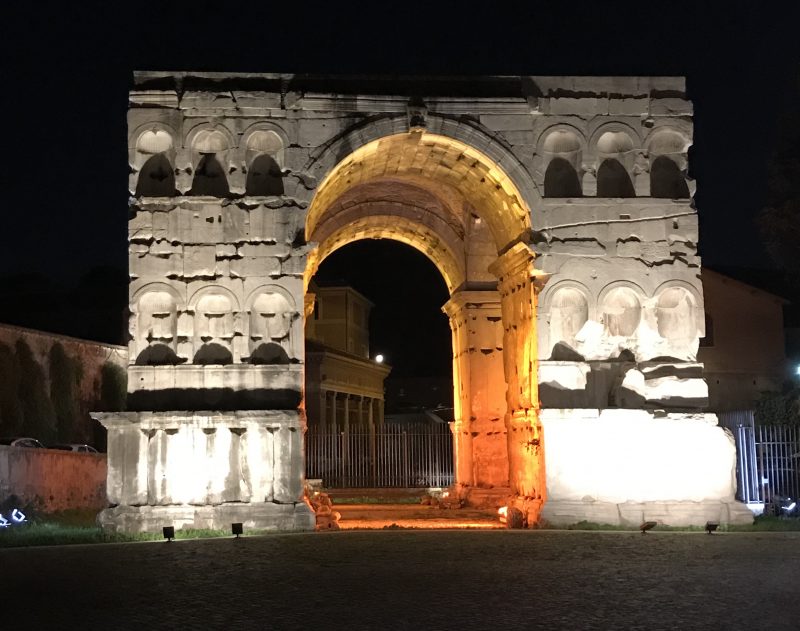 For today’s walk we will head the other way, crossing the big avenue & going up a hill, do you remember that Rome was built on seven hills?well this is one of them, the Aventine. On it you’ll find the Giardini degli Aranci, or the orange garden, there are not many Orange trees left , but it is still one of my favourite spots in the city. 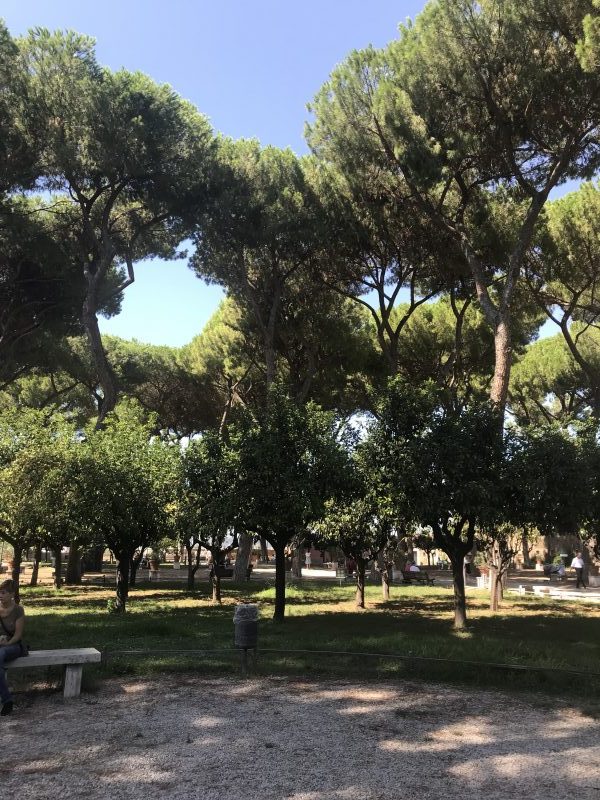 One can sit & read peacefully under the pine trees, or rest in the middle of the summer after having walked for hours on the cobbled streets, in many occasions there is a musician playing & amusing the hours that go by, simply wonderful for the senses.

You’ll be able to enjoy one of the best lookouts of Rome, where the Vatican dome sticks out or the charming area of the Trastevere bathed by the river Tiber appears in front of your eyes. 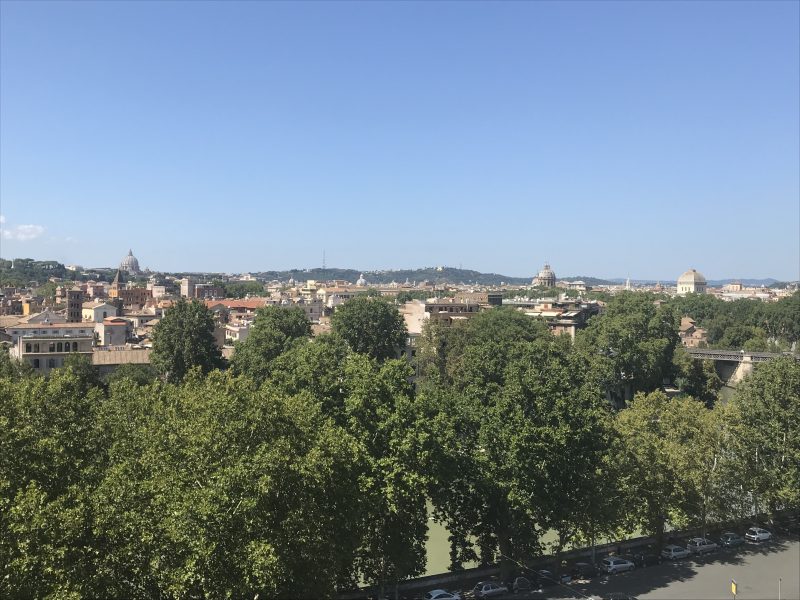 From there I kept walking up hill a bit longer, would you like to follow me? It’ll be worth it, I’ll show you one of the secrets of Rome. You’ll arrive to a big gate in the Piazza di Cavalieri di Malta. It’ll seem there is not much too see & realised there’s a queue in front of it, what for? you might ask yourselves. 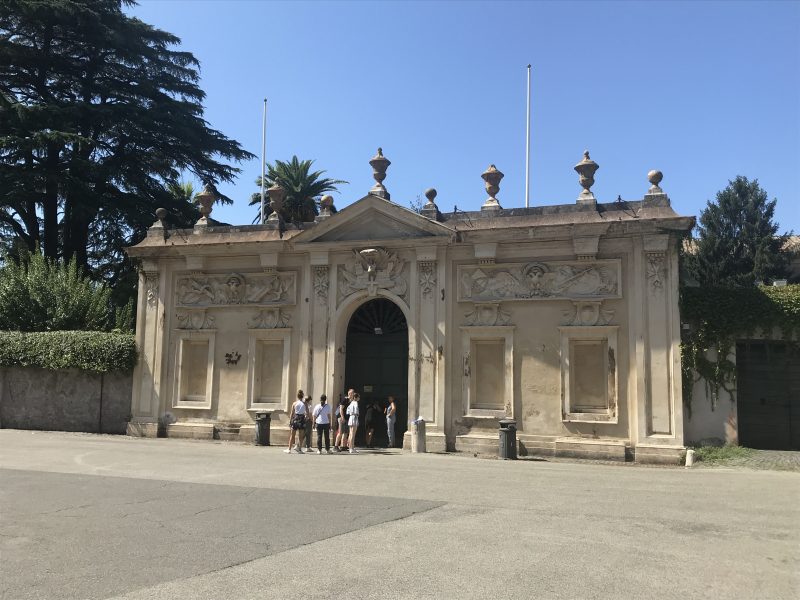 The reason is to look thorough the keyhole of this grand door, that belongs to the embassy of the Priory of Malta. 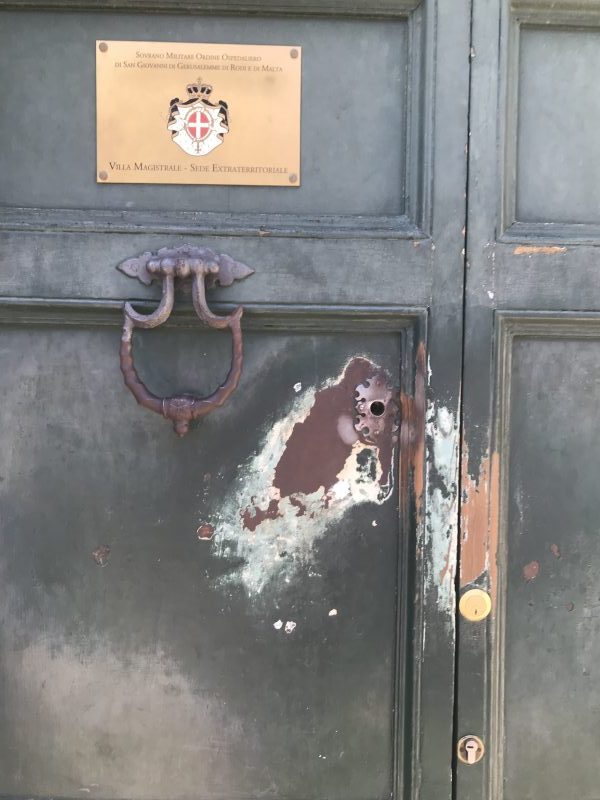 What mystery beholds this little round hole? Saint Peter’s dome underneath a cypress horseshoe, yes nomads, & I ask myself who thought in putting all these elements this way so they would look so idyllic & magical through a small keyhole, what a great calculation! 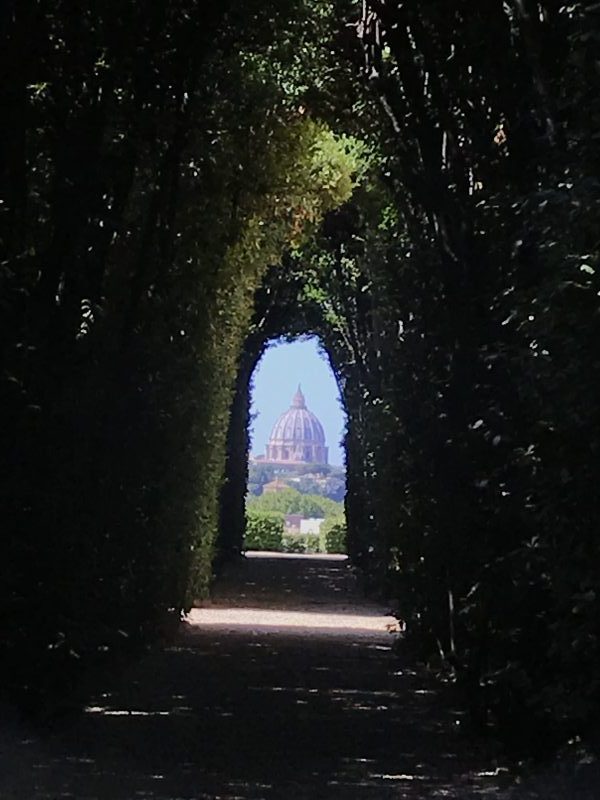 From there, still speechless, I walked downhill till arriving to some kind of roundabout where a ruin seats, with a pyramid next door. The Porta di San Paolo was part of the fortification built by the emperor Aurelius, who left the pyramid within the walls so it wouldn’t be destroyed. 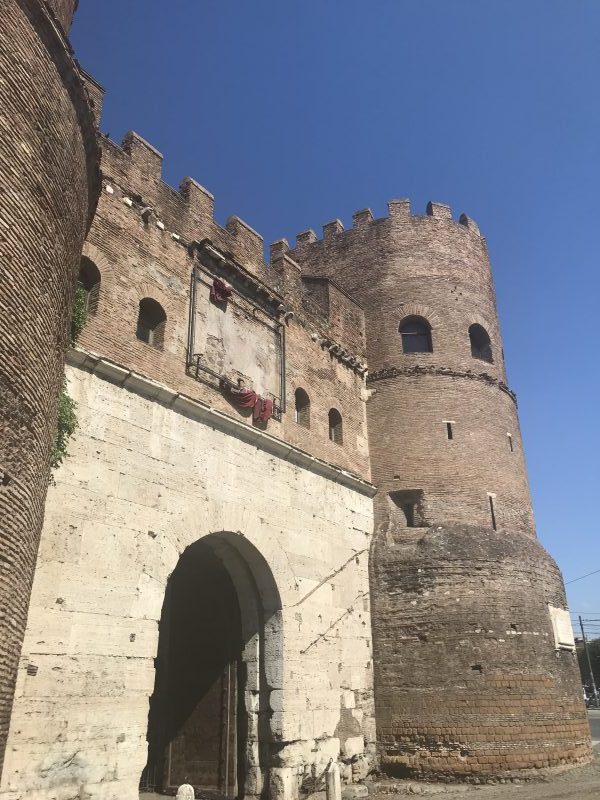 The pyramid mausoleum of Cestio was erected between the 18th & 12th century b.C. for the magistrate Caio Cestio & today it lives within the Protestant or non Christian cemetery, also known as foreigners cemetery. 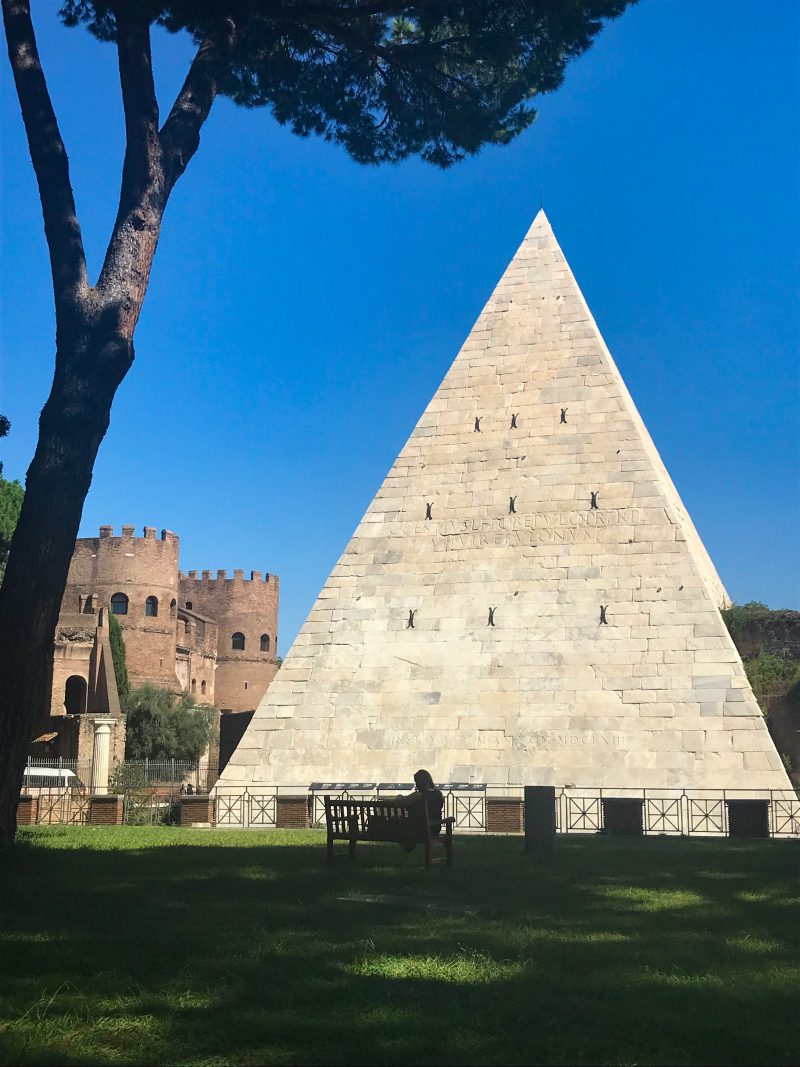 The truth is that is very pretty & small, we can find Shelley Shelley or August Von Goethe buried there. 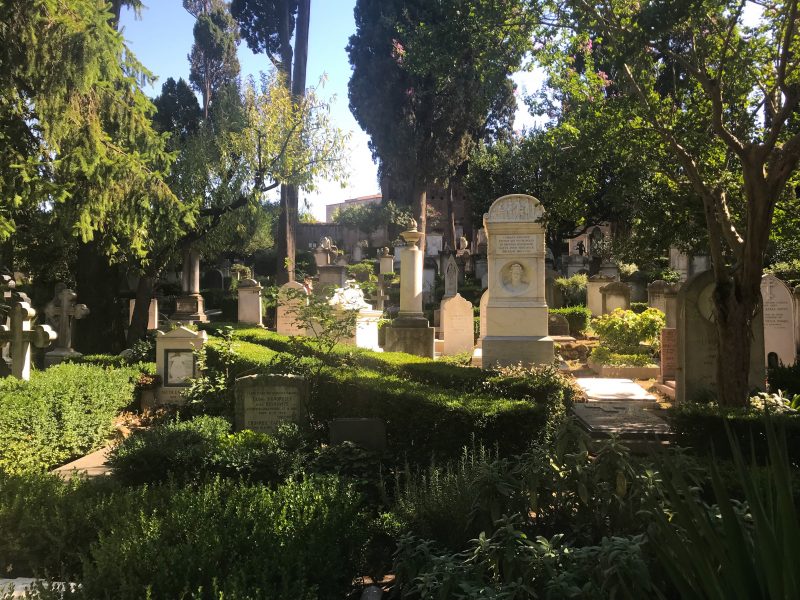 Closest to the pyramid I found the tomb of the English poet John Keats, for a philologist like me it was quite exciting. 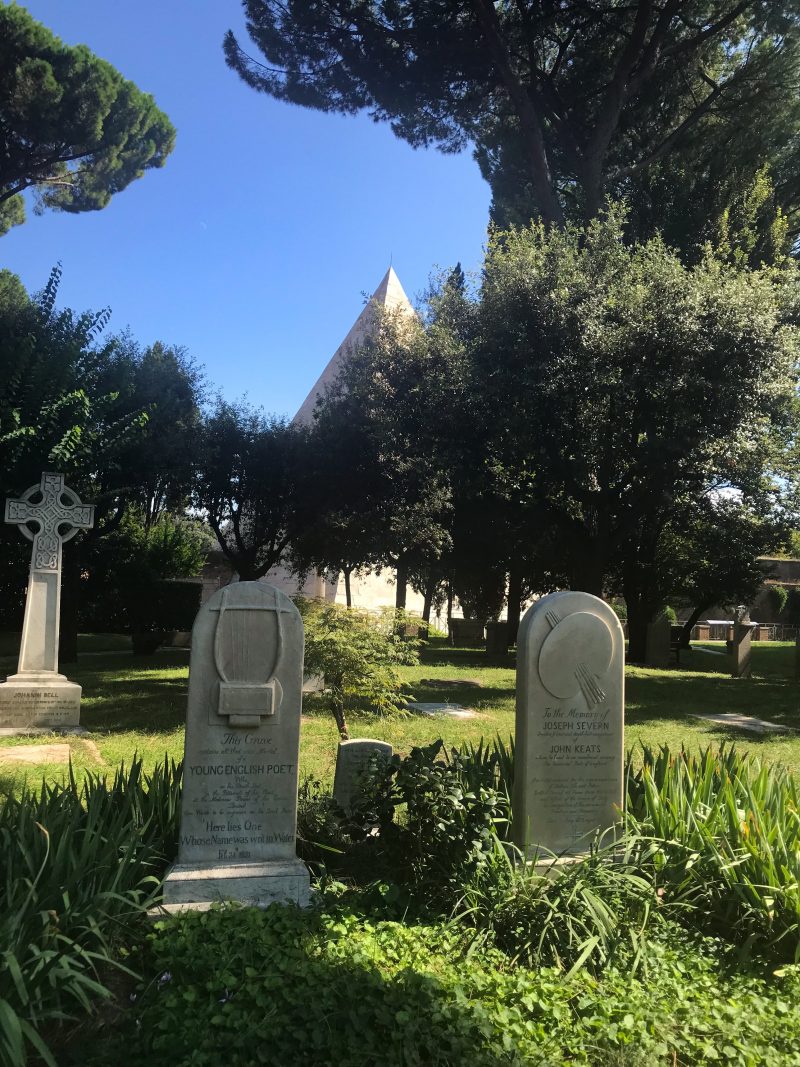 This is not the only place we can find his footprints, in Piazza Spagna, right in the corner where the Spanish Steps are, there is the Keats–Shelley House.

The basilica I started the story with reminded me of a book I read quite a long time ago, The last cato by Matilde Asensi. In the story there is a test that happens in its interior. A fiction novel where the author intertwines a lot of history as well as fictional characters with real ones. A drama full of enigmas & a murder which will trigger the investigation of the missing relics of the Holy Cross, do you remember I was telling you that seven of them live in one of the major basilicas? Dante’s Divine Comedy will be one of the guides to discover the seven cities that have committed the seven capital sins, amongst them the arrogant Rome. 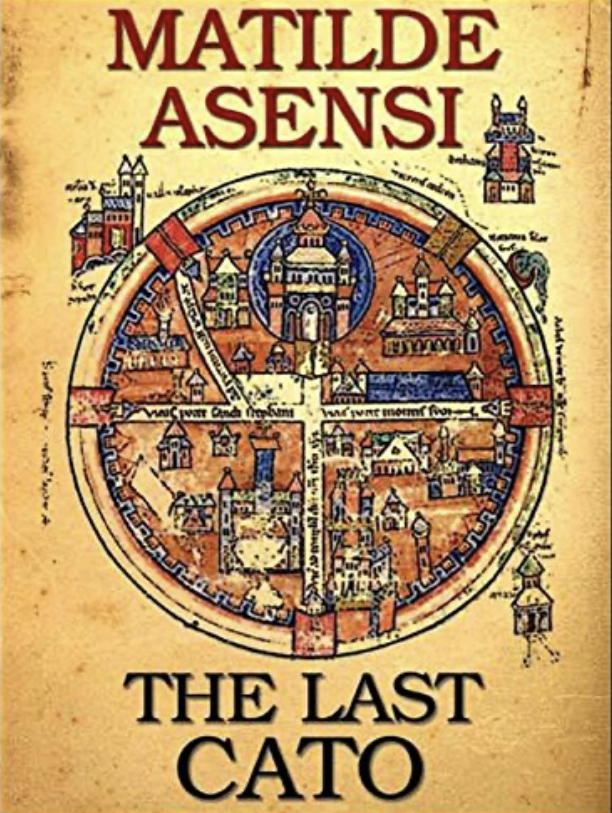