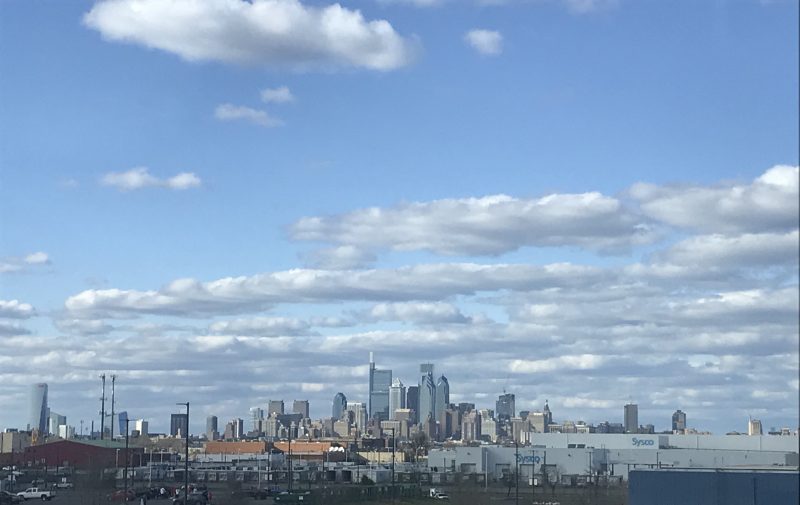 On the 4th of July, 1776 the Declaration of Independence was signed in the Independence Hall (before called Pennsylvania State House) in the city of Philadelphia, which meant the birth of a new nation, the USA. 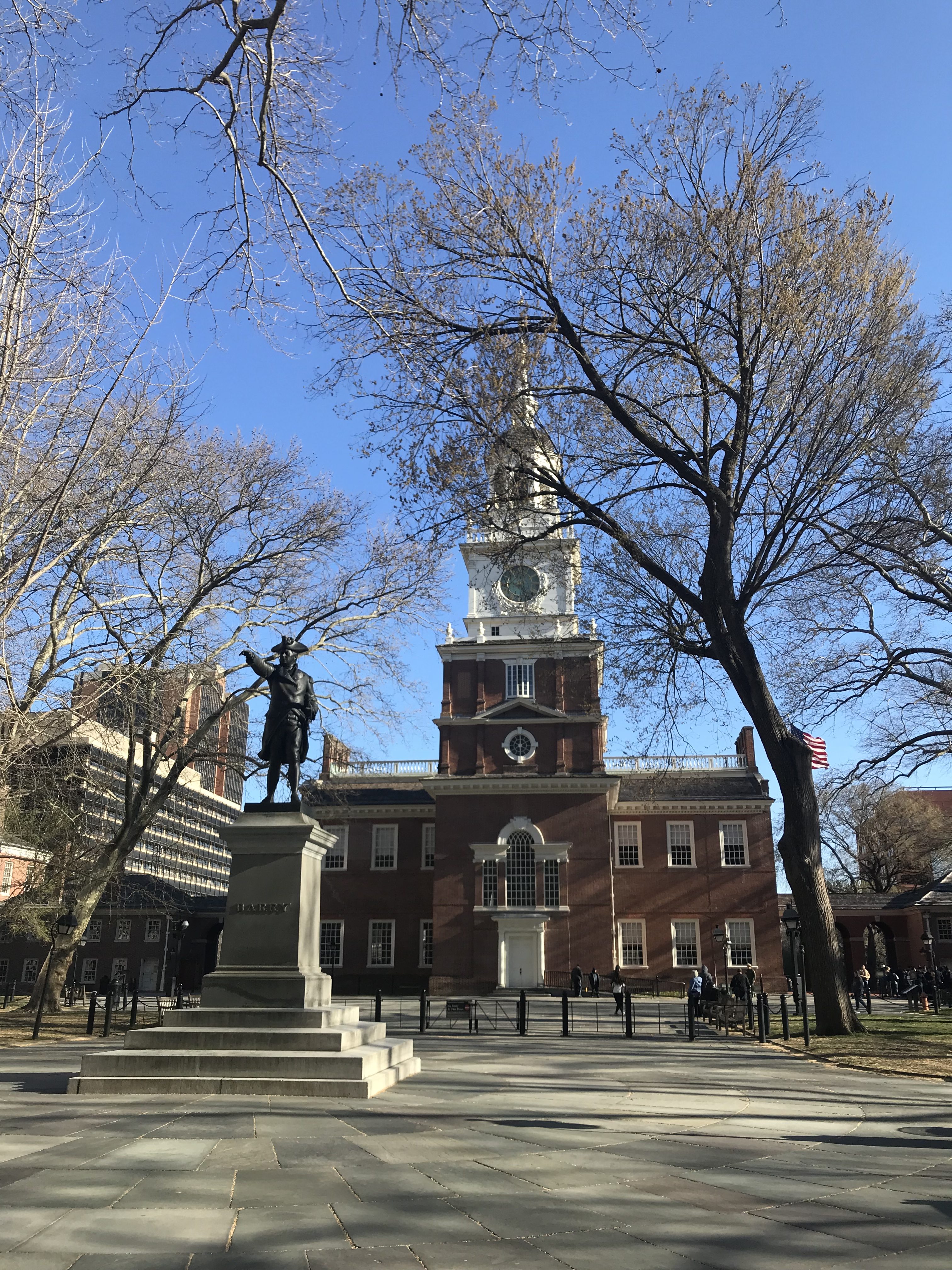 The entry is free but you’ll need a ticket if you want to do a tour, it can be picked up in the Visitor Center in 6th street. If you don’t have one you can still access the place but they’ll only show you the Congress Hall. 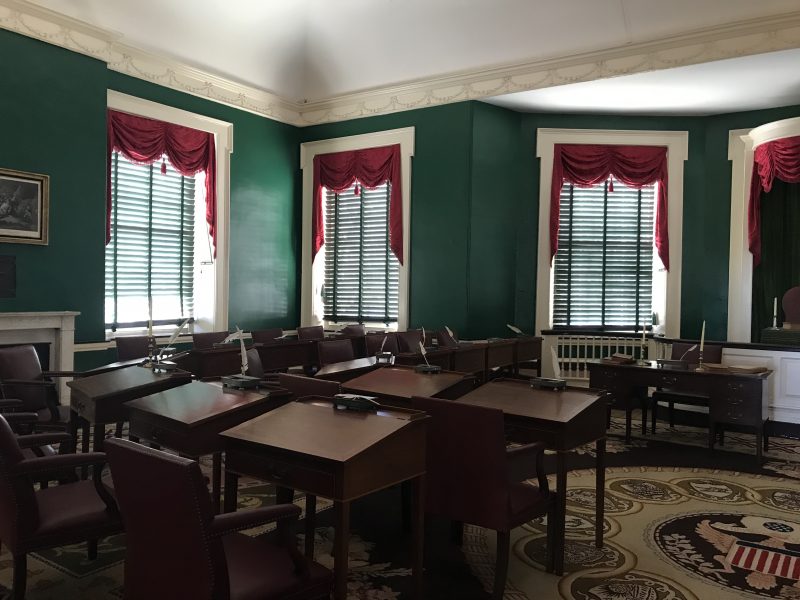 This is a very young country & gives much importance to its symbols. One of the most important ones is opposite the Independence Hall, it’s the Liberty Bell, which summoned the people on the 8th of July for the reading of the Declaration of Independence. 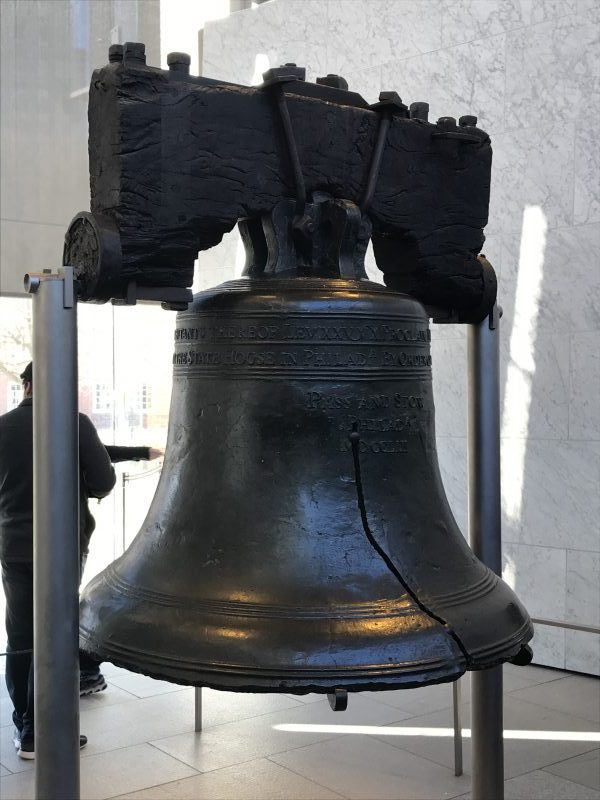 In the next street to the right there is a cemetery where the grave of Benjamin Franklin is, one of the founding fathers. You can see a plaque on the wall & its grave has numerous coins on top. 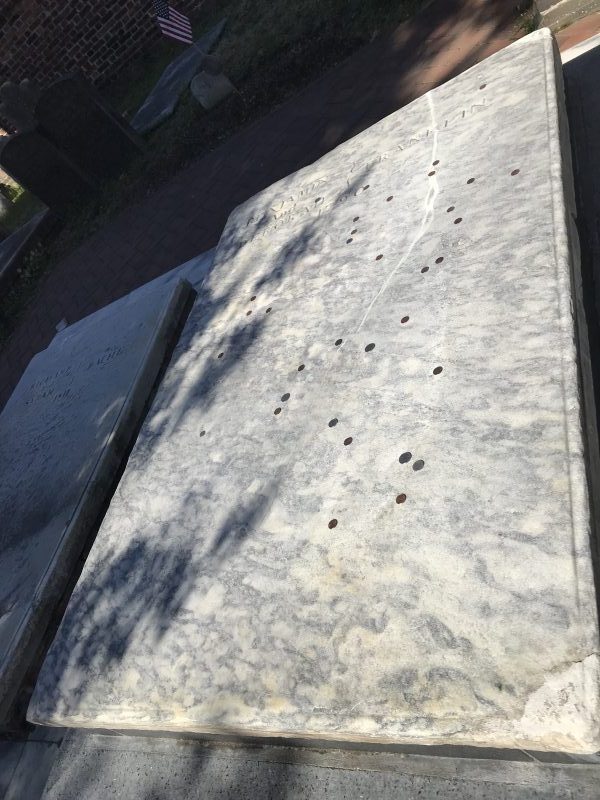 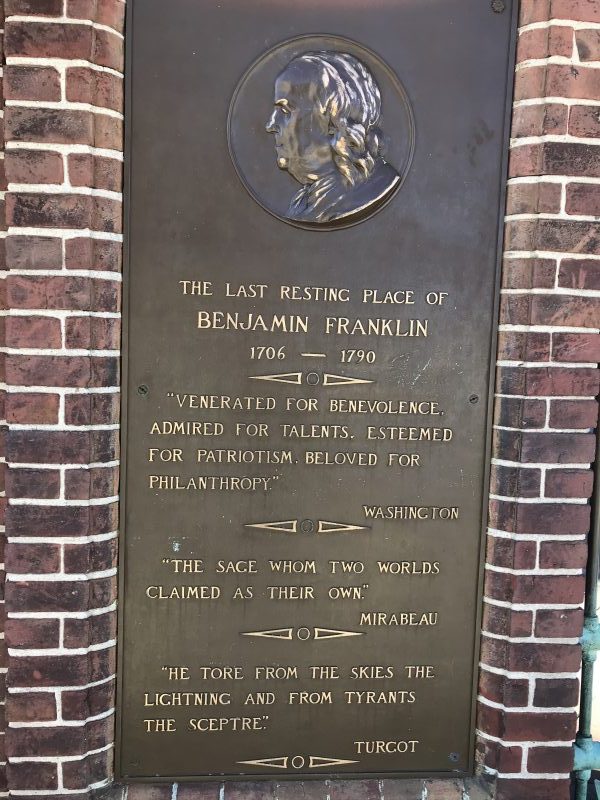 A few meters away continuing in Arch Street, for $5 I visited the house of Betsy Ross, a woman ahead of her time. Franklin visited her to ask an important request. 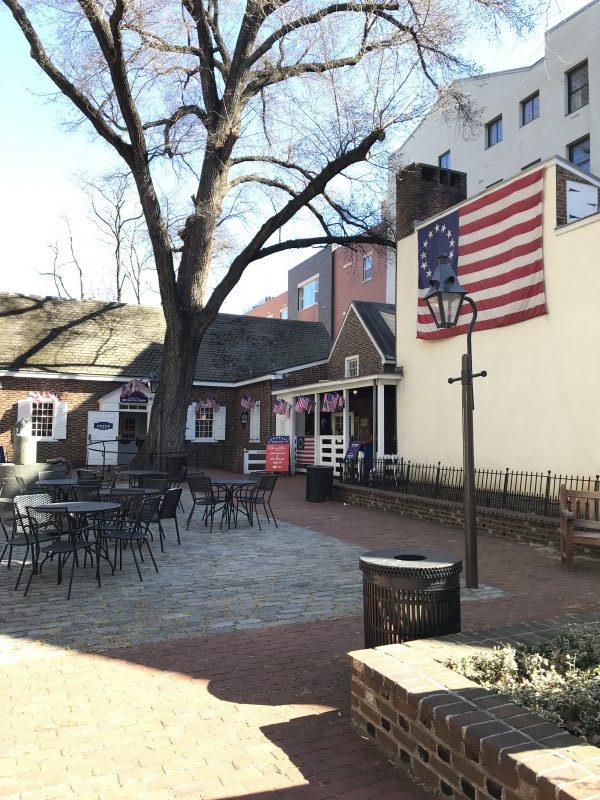 He wanted her to sew the first flag of the new nation, representing every one of the thirteen states with a star. She suggested a five pointed star as it was easier to sew. 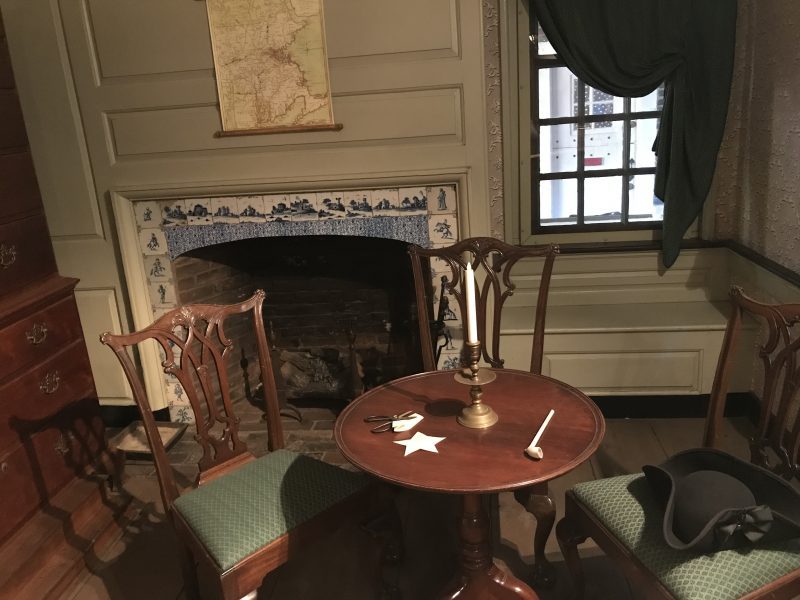 She did it in secret in her room as in those days they were still under British rule & it would’ve been considered treason. 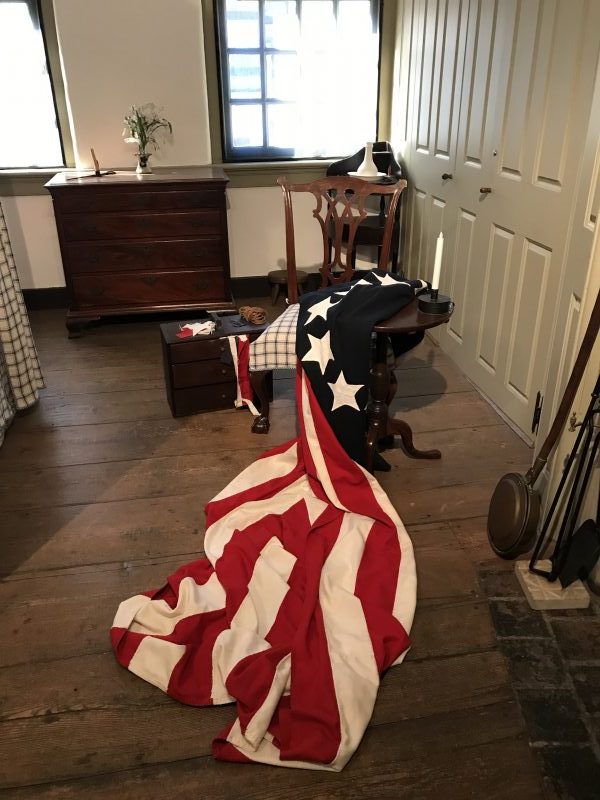 You’ll be able “to meet” her & she’ll show you how she made the stars. She is very sweet. 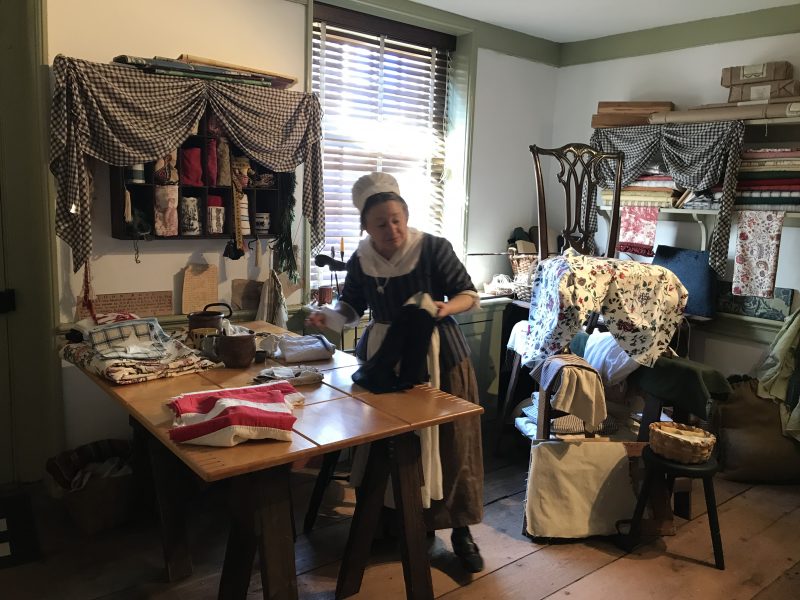 This city was the first capital of the new country, Elfreth’s Alley is a residential street which arrived to our days looking the same as it used to then. 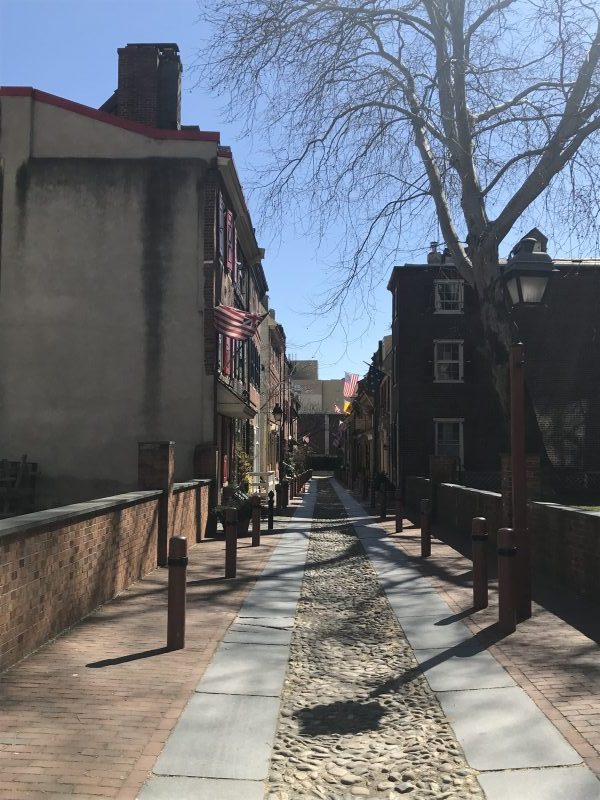 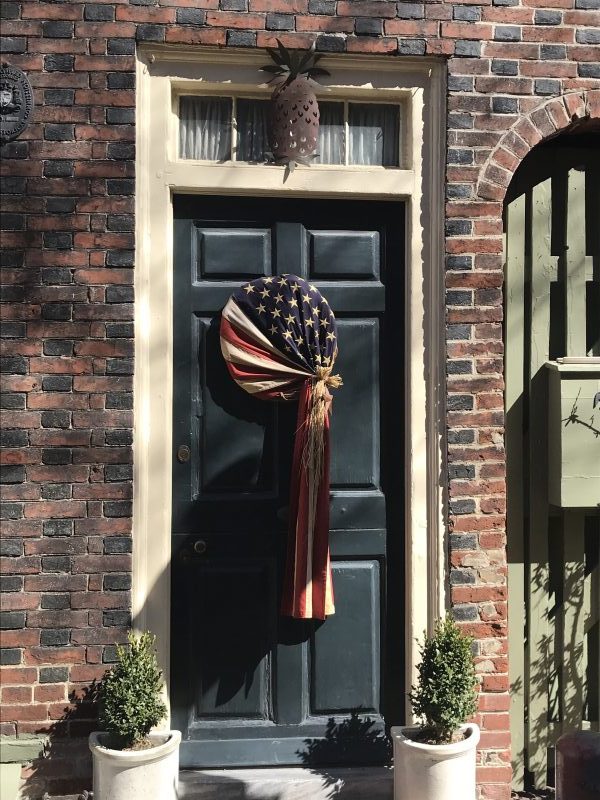 You’ll see that everything is very close by so, I kept walking to Delaware River & Ben Franklin’s Bridge that crosses to the state of New Jersey. 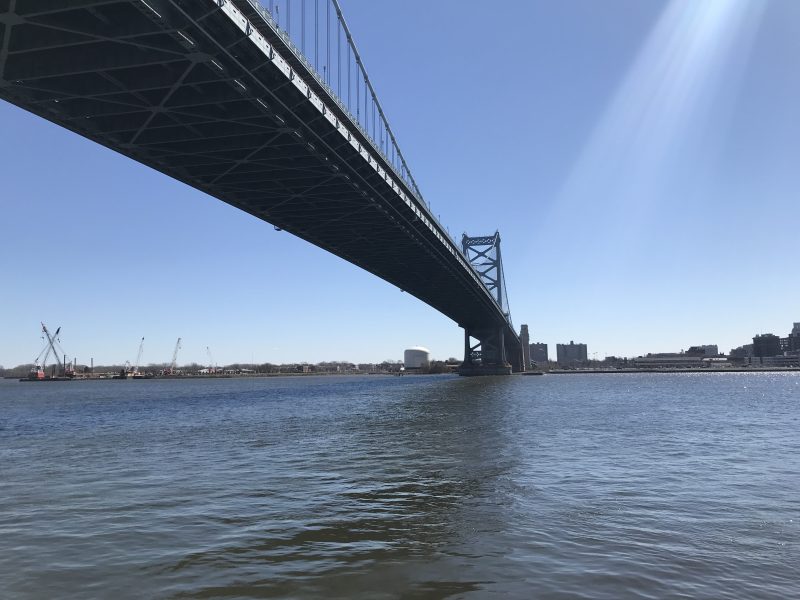 On my way back I passed the remains of the Declaration House where Thomas Jefferson wrote the Declaration of Independence in 1776, it is in the street parallel the Freedom Bell. 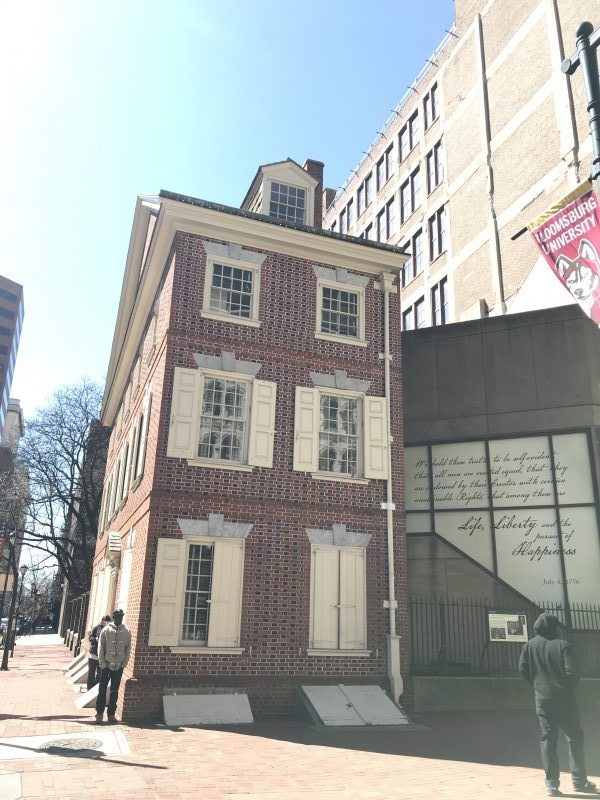 In the center of the city there is the biggest city hall of the country, it has a tower from where you can see the whole of Philly in a clear day. 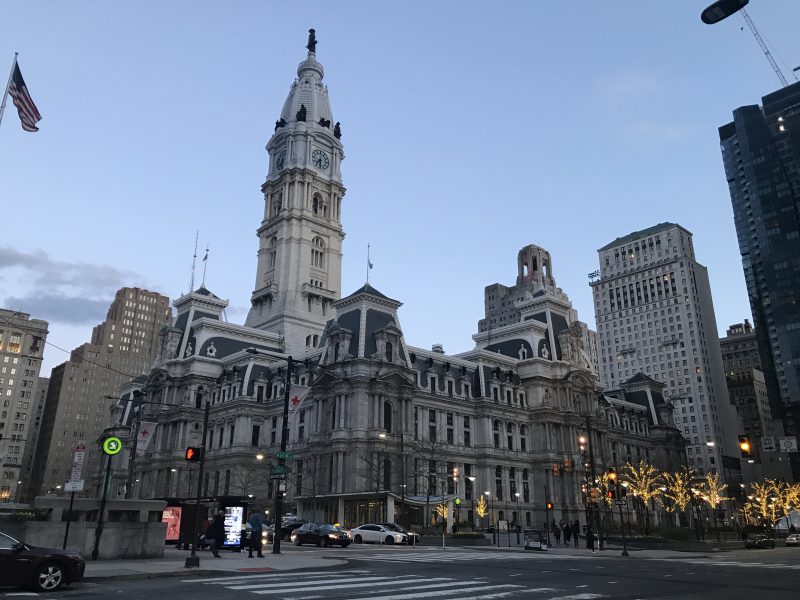 I encourage you to go up, the views are fantastic. 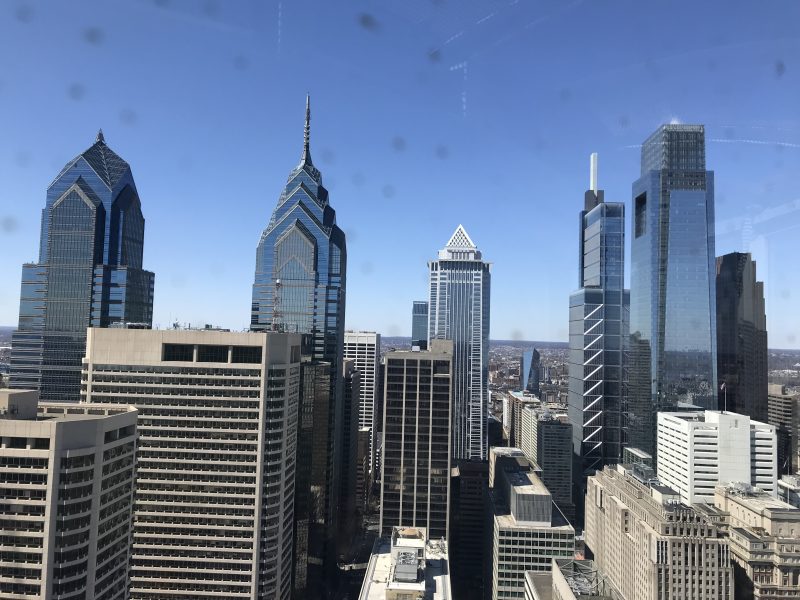 On top of the tower, crowning the building there’s William Penn, the founder of the state of Pennsylvania & the one who named Philadelphia. He called it the “city of brotherly love” (philos love adelphos brother) when founded it in 1682. 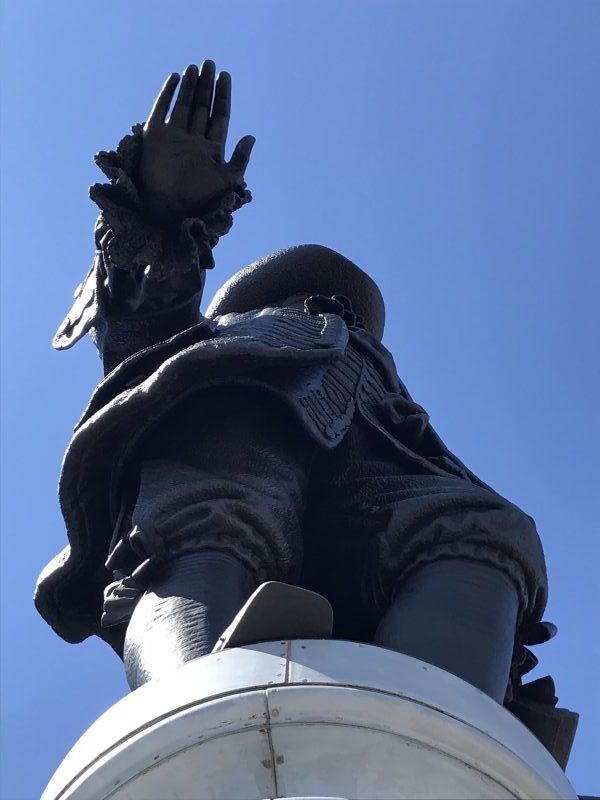 Near the City Hall there is, since 1873, the Masonic Temple. The freemasons are a very important part of the history of this country. 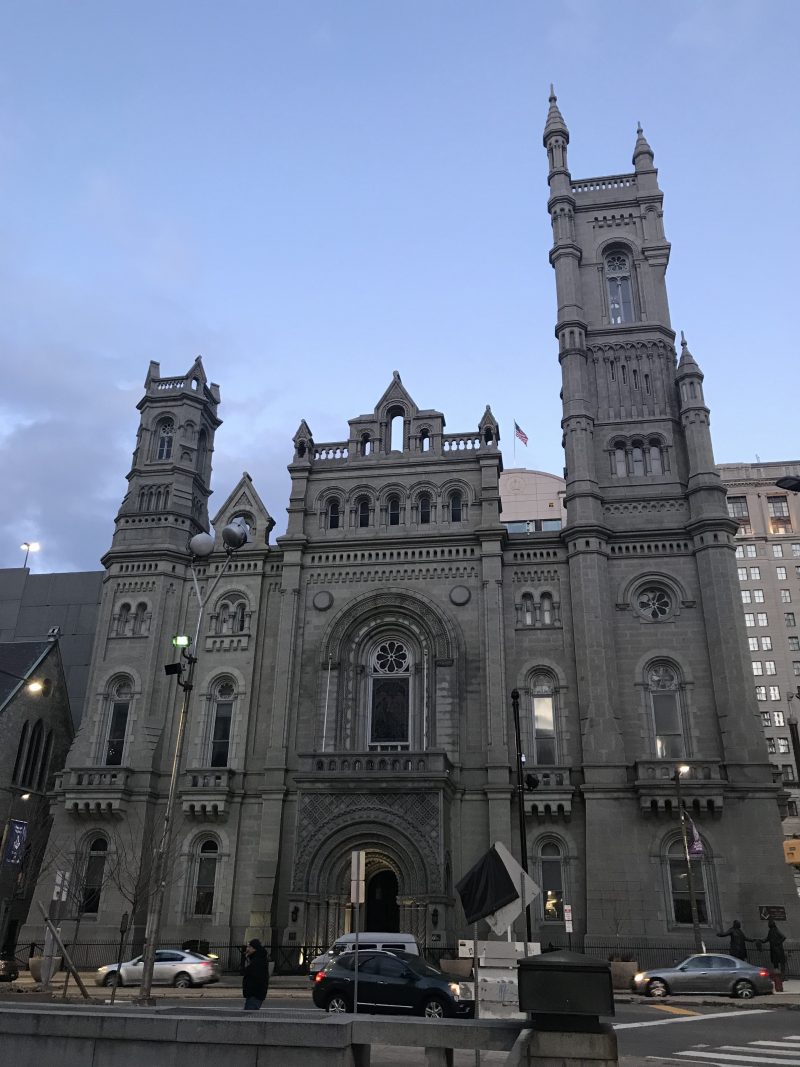 In front of it you’ll see two big statues of two of their most prominent members whom also were founding fathers, George Washington, the first president of the USA & Benjamin Franklin, the most famous citizen of the city who gained the title of the “First American”.

Very close by is the Love Park, nicknamed like this due Robert Indiana’s sculpture that reads love. 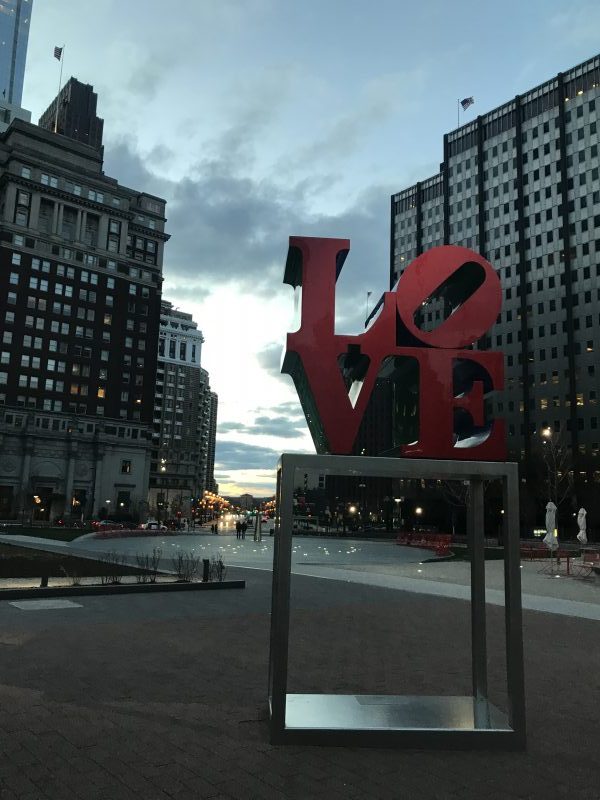 From this park there is a street that leads into the big Benjamin Franklin Parkway, where Rocky Balboa used to run in the movie of the 70’s that I am sure you all know. 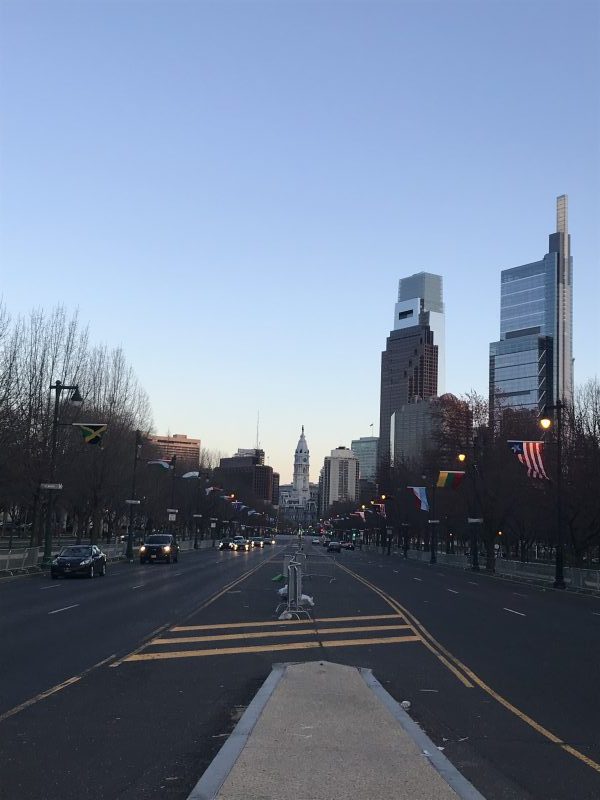 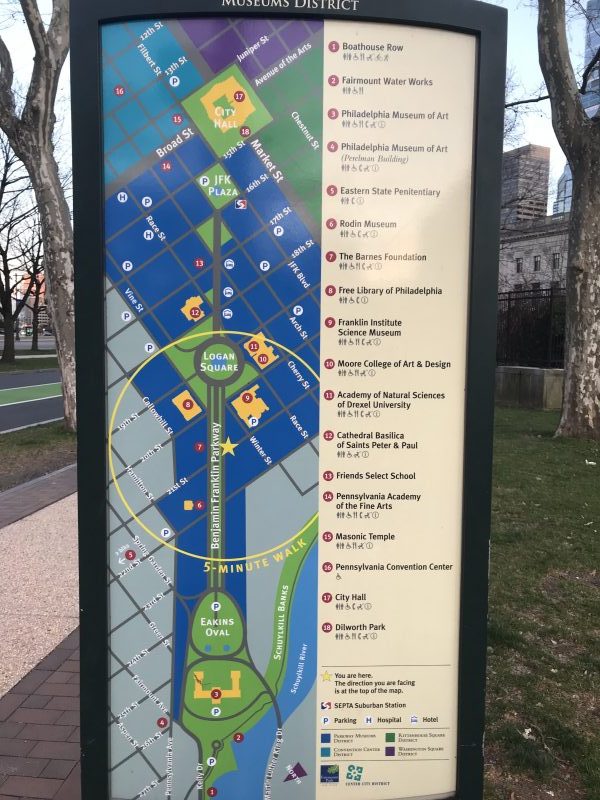 At the end of this avenue there is the Pennsylvania Museum of Art & the famous steps he climbed, they are even named after him, the Rocky Steps. 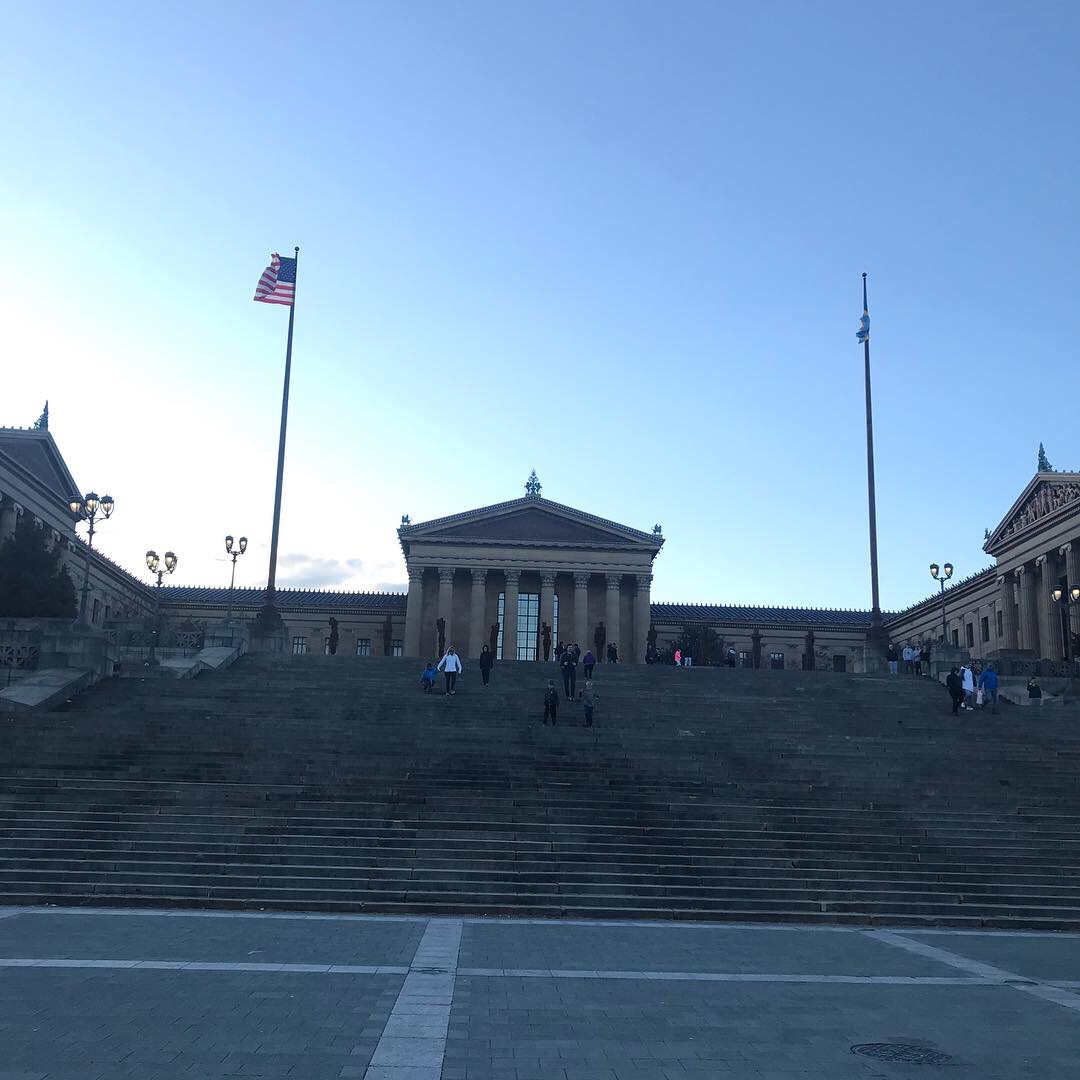 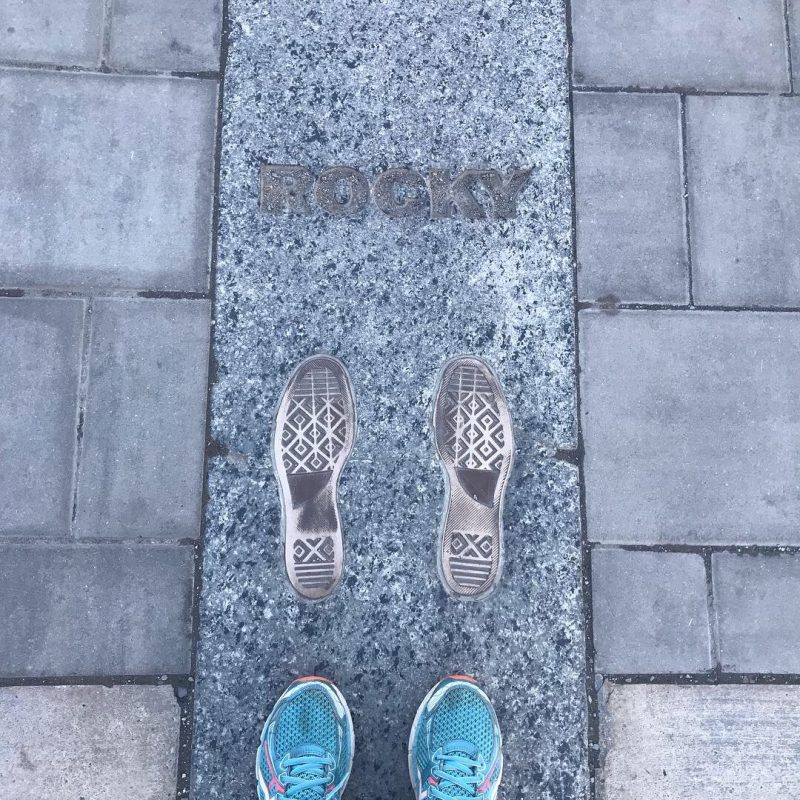 In the right hand side you’ll see his statue. 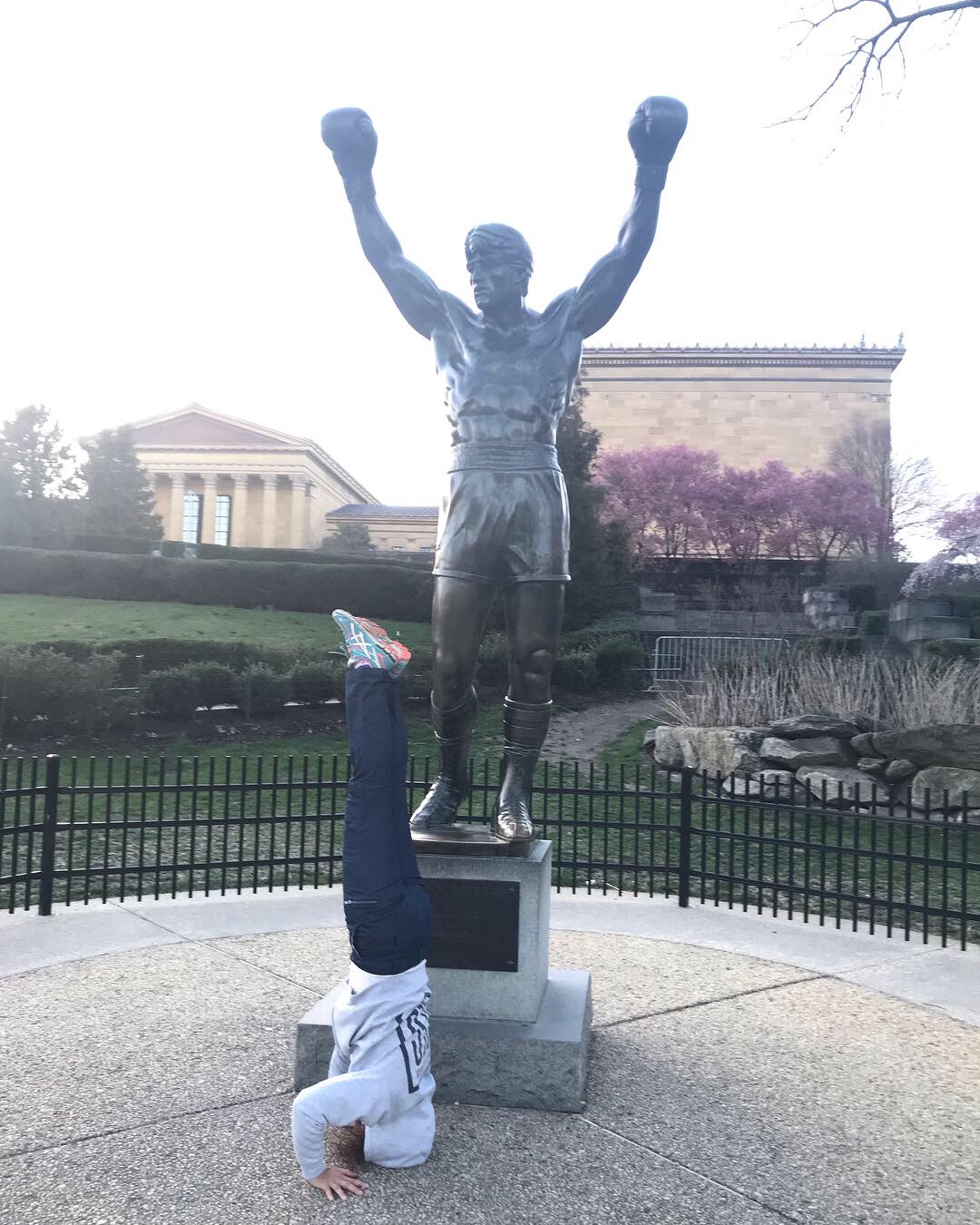 I arrived at the museum from the back, walking along the river, enjoying the sunset. 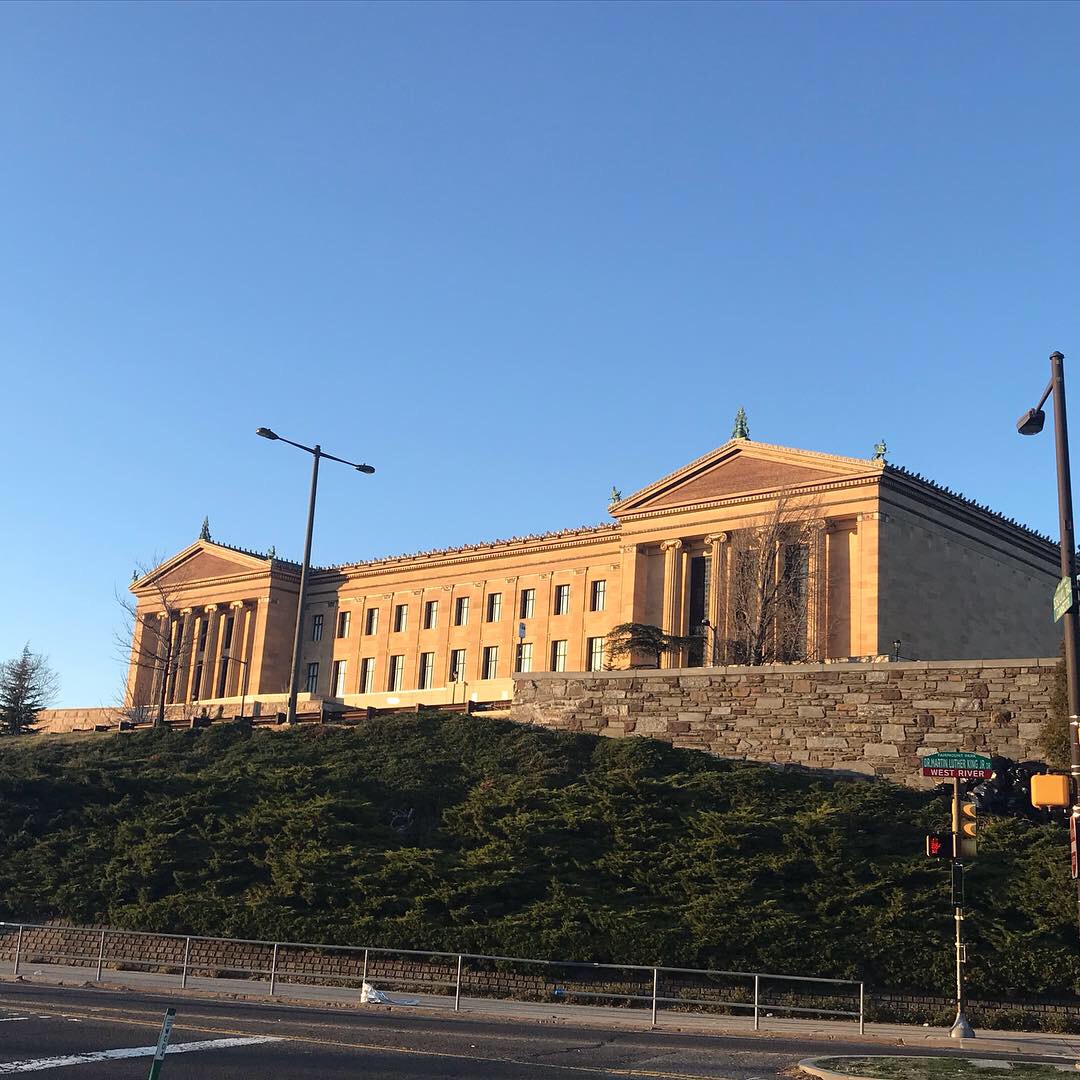 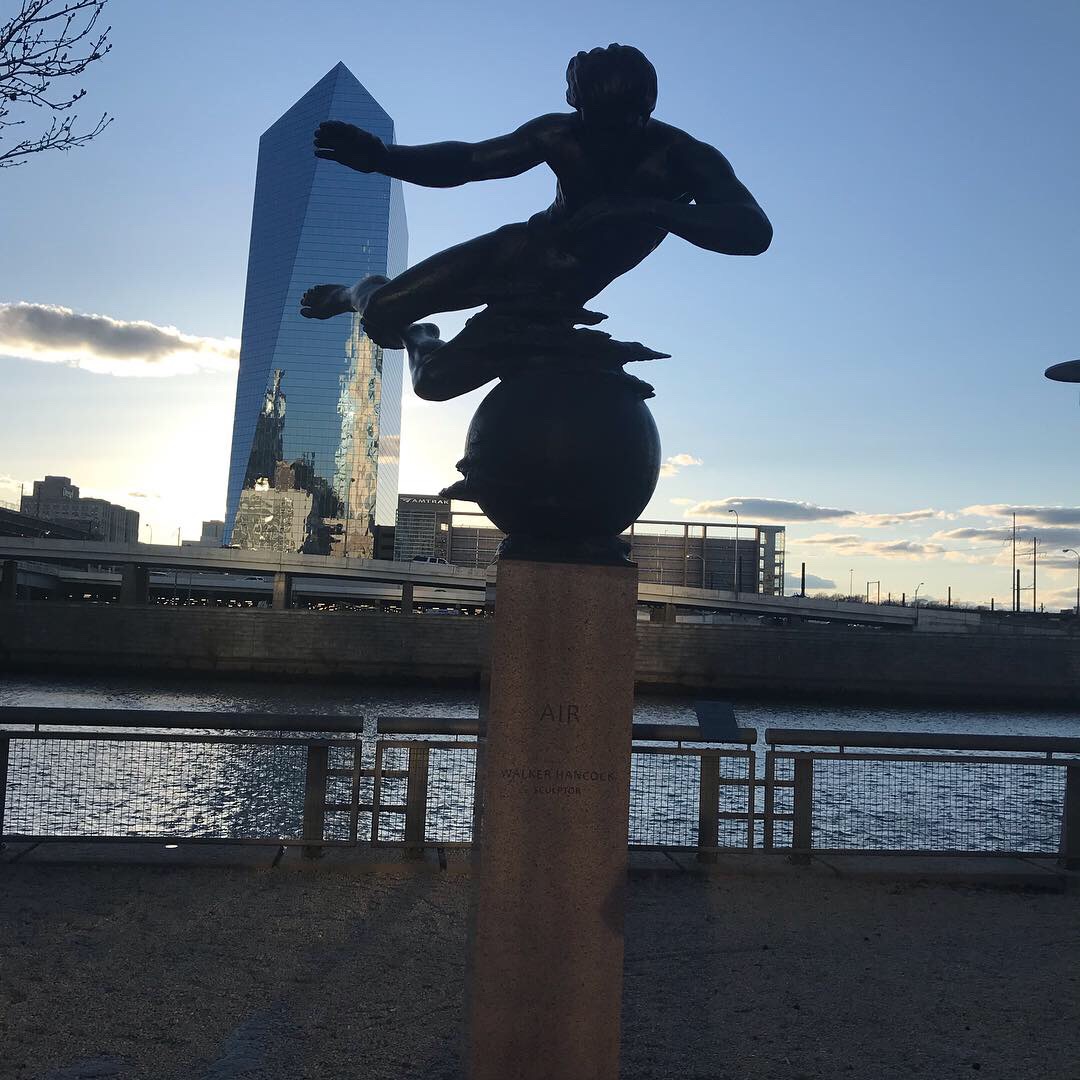 From the museum I walked to the center following the parkway where I could see many of the city’s big buildings, like the Cathedral of Saint Peter & Saint Paul. 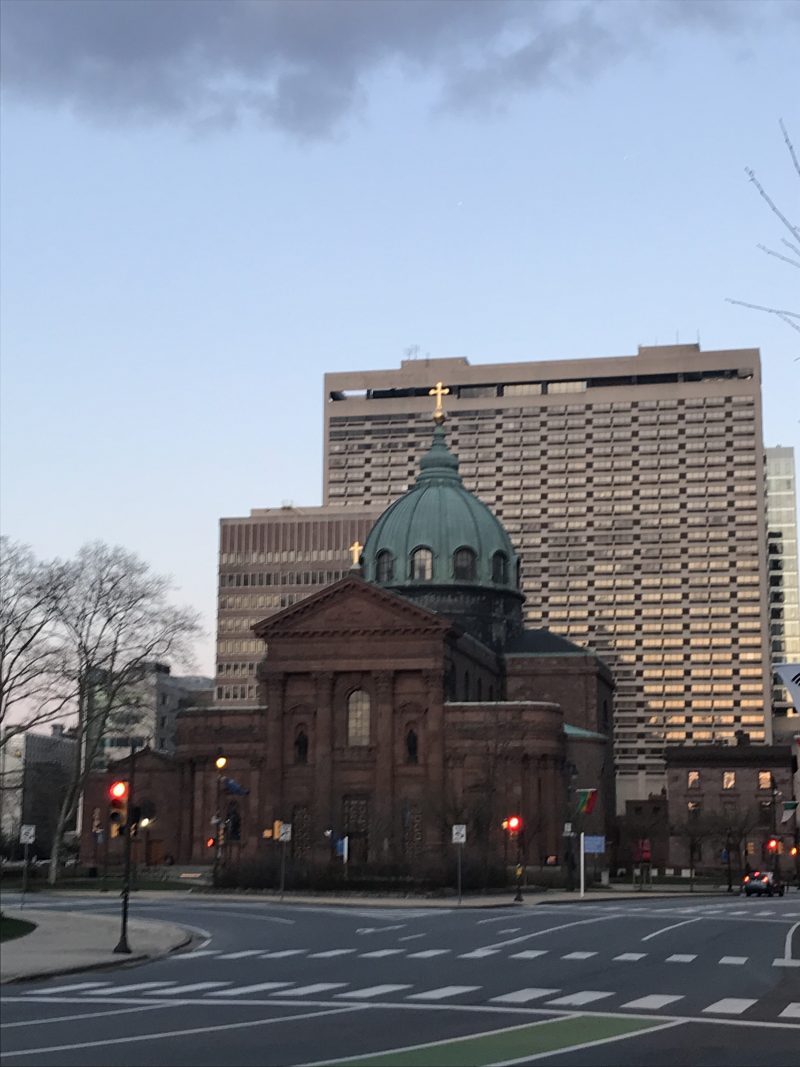 While I was walking, the streets of Philadelphia reminded me of Bruce Springsteen’s song, the soundtrack of Tom Hanks’ movie. There is this HBO series called John Adams, one of the founding fathers & the 2nd Presindent of the USA. It is about how the seed of the independence was conceived in Boston & grew in Philadelphia. It’s about his life, it’d be a good idea to watch it before you visit this city, I believe you’ll enjoy it more.

In the center, in Walnut Street, I discovered a bookstore-coffee shop that became my favourite place to go for breakfast & start the day happy. 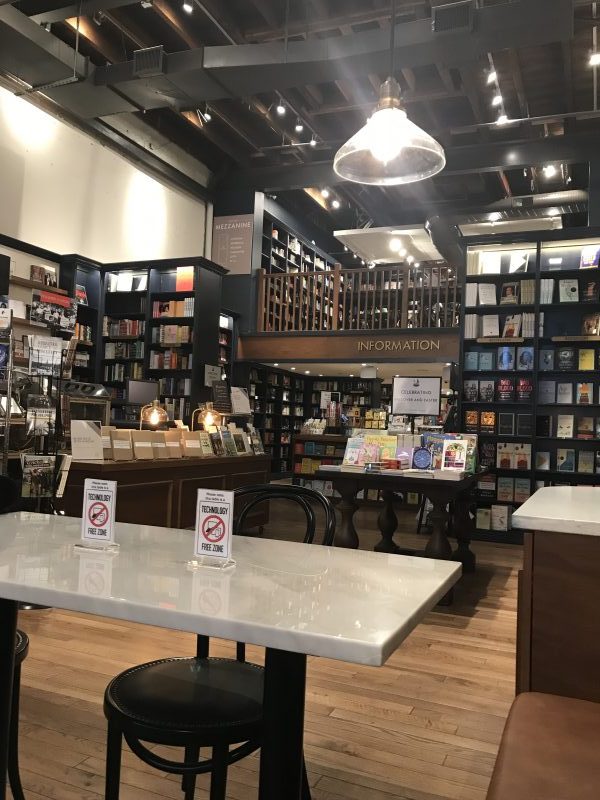 The place is called Shakespeare & Co., for a language graduate like me this name sounds like a spell. 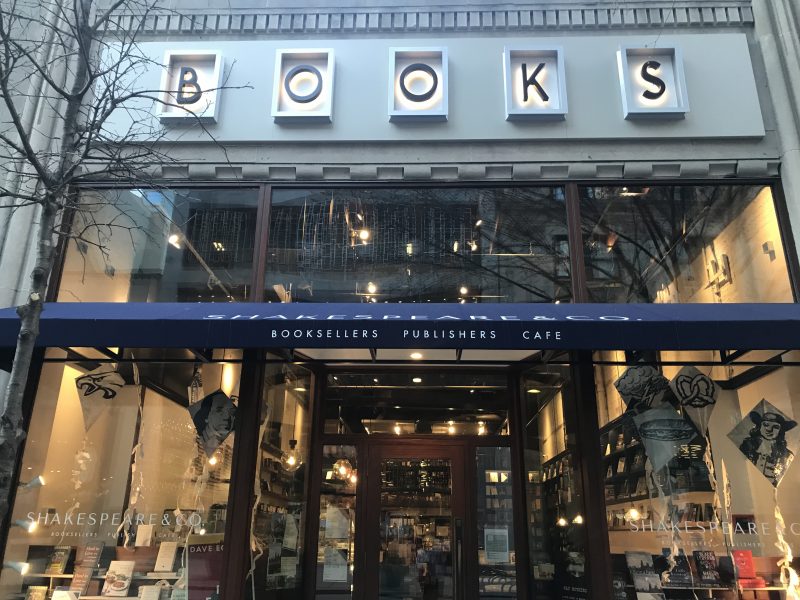 There, whilst having my hot chocolate, I re-read a very appropriate book for the place, Hamlet by William Shakespeare. A play about vengeance, where the Danish throne is usurped by the brother of the king who dies poisoned. His ghost asks his son, the prince Hamlet to avenge him. He starts having a very erratic behaviour, full of doubts. Ophelia, whom Hamlet was courting challenges him & they quarrel, she gets into a stage of despair & madness. Meanwhile, Denmark is about to get into war with Norway, the new king, now married to the widow queen, sends people to spy on Hamlet, who is still having doubts about whether the words of the ghosts are true. A play that exceeds the excellence of its author which I encourage you to read & discover the tragic end. 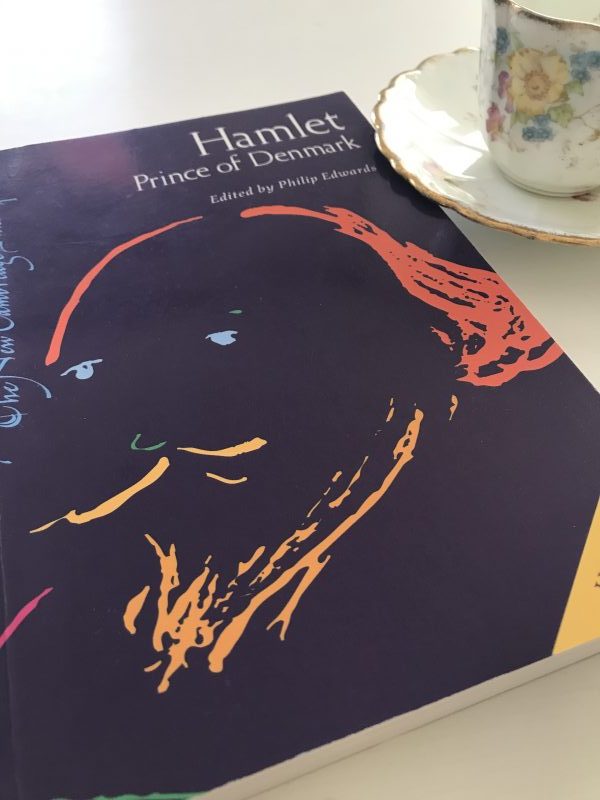