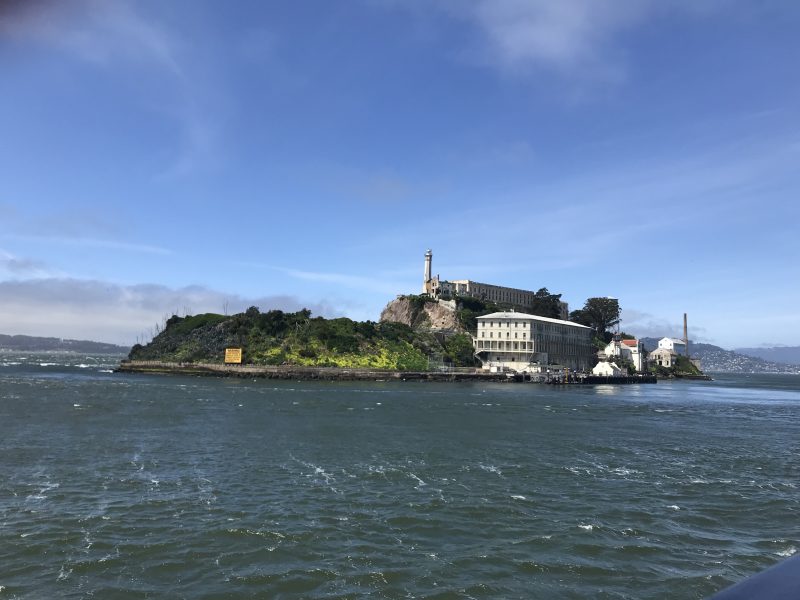 San Francisco bay is often covered by fog that is why I felt very happy when the sun appeared the day I was going to visit the famous prison-island of Alcatraz.

I bought my ticket a month in advance as it’s a very popular attraction, although sometimes you can be lucky & get one in the landing from someone who is selling it. a girl offered me her spare ticket that I refused but then we found out that it could be used another day.

It was very early, my ferry didn’t departure till 11:30 so I went to Pier 39 for breakfast, from there you can see the Golden Gate & the island of Alcatraz & of course, the sea lions playing, they always make me laugh, they’re so funny & cute. 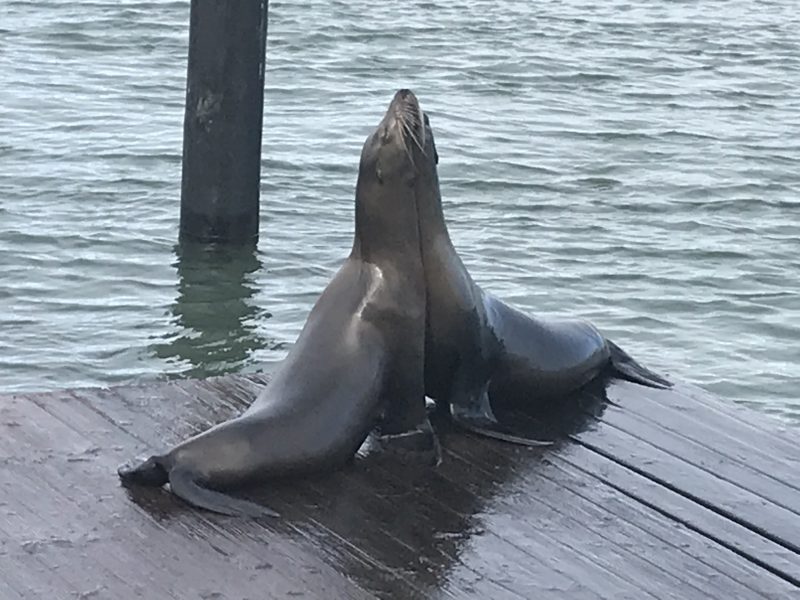 Before 11am I was in Pier 33 queuing to board. We departed on time, the ride only takes between ten & fifteen minutes. That day was very windy even windier in the middle of the sea, but the boat is big & stable enough so it hardly rocked. 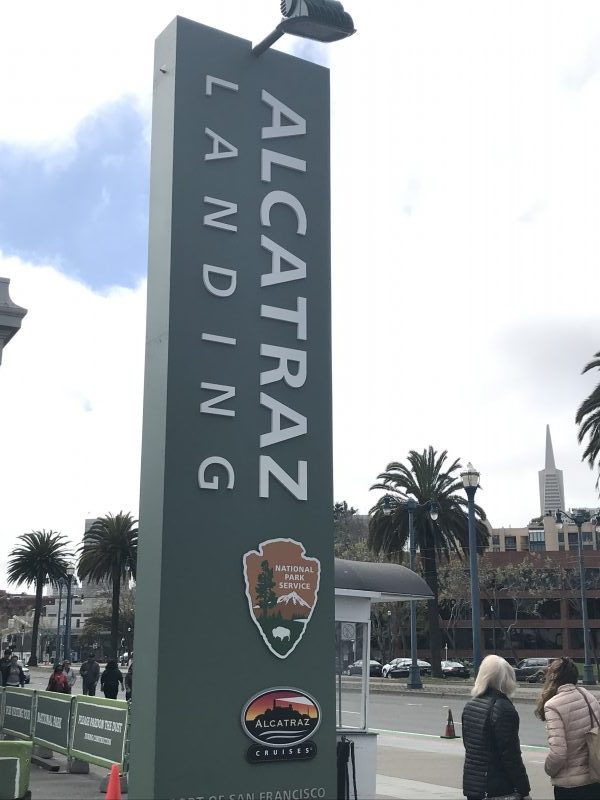 We arrived at the pier of the island where a ranger greeted us, they are the care takers of all the national parks. I also picked up a very informative map. 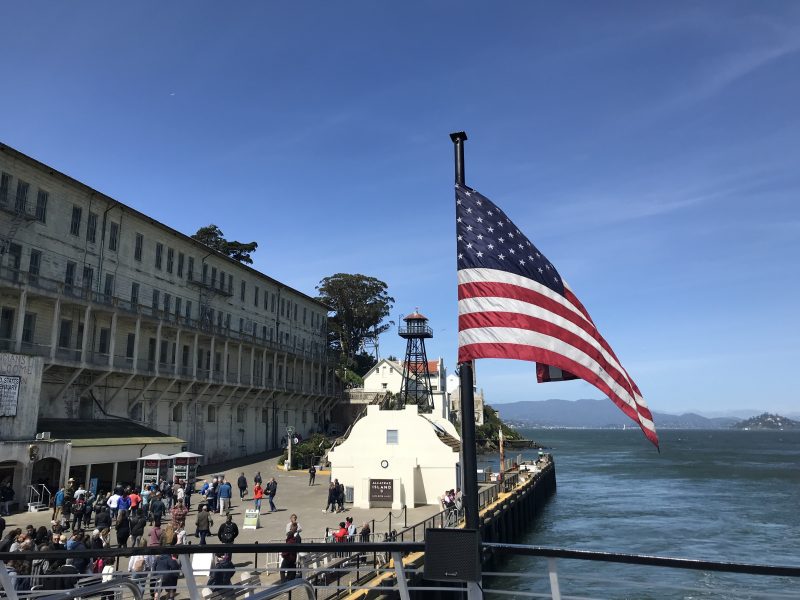 I learnt that during the Gold Rush heaps of wealth was arriving so they decided to fortify the bay & as Alcatraz was in the middle, they built a fort & the first light house of the Pacific coast still operative since 1854. 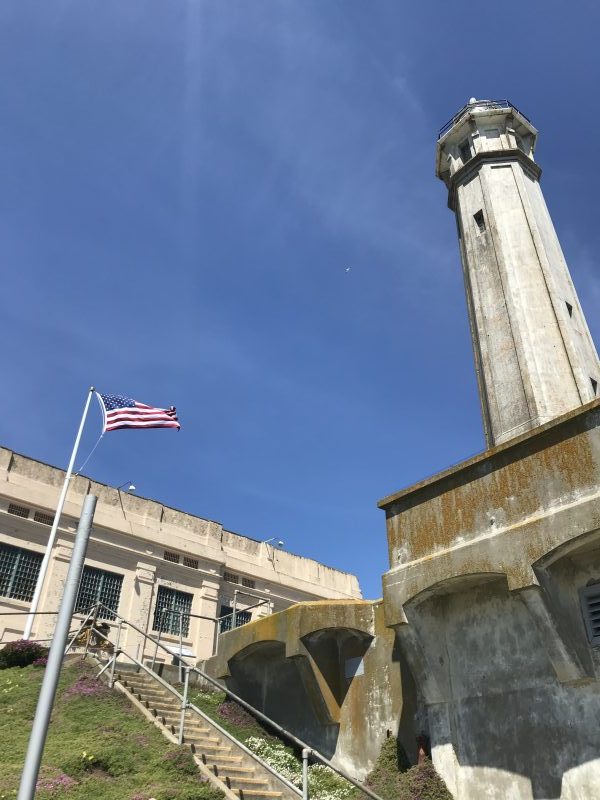 In 1861 the Civil War started & 400 soldiers were positioned on the island. It was a prison right from the beginning, they convicted soldiers for various crimes, civilians for treason, the crew of a confederate ship, Indians from various tribes during the Indian wars & other convicts during the Spanish-American war in 1898.

In 1907 they demolished part of the fortress & built the cell block as we know it today. 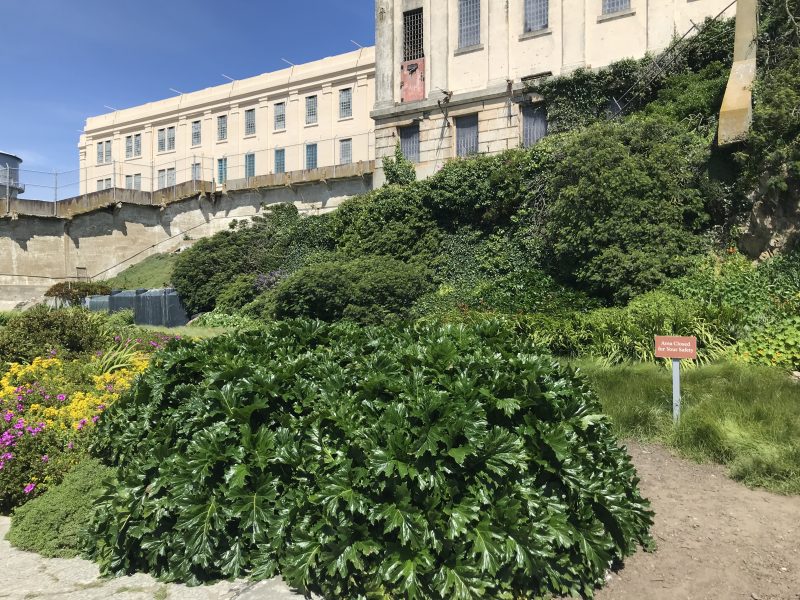 During the Great Depression of the 30’s it became a high security prison, it was then when “Scarface” Al Capone & other high profile convicts faced sentence in Alcatraz. 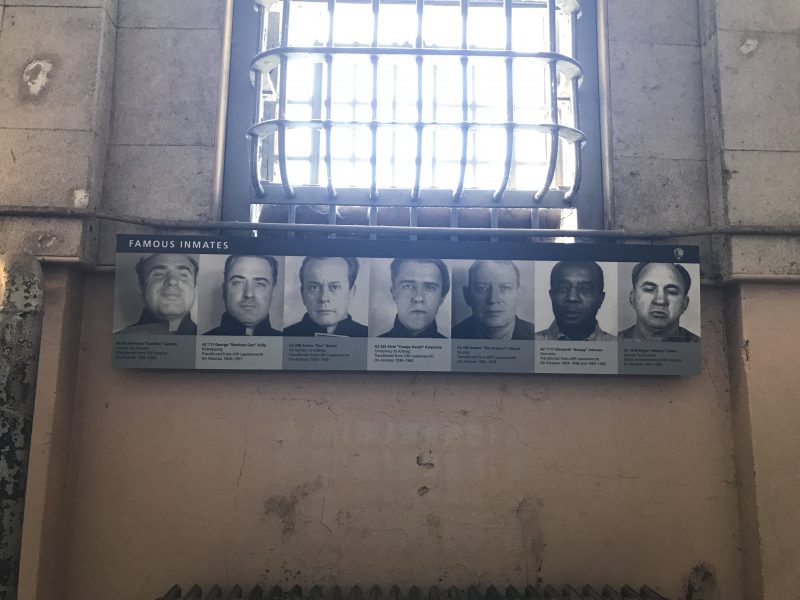 This was the welcome center, where they’d get their new uniforms, mug & toiletries. 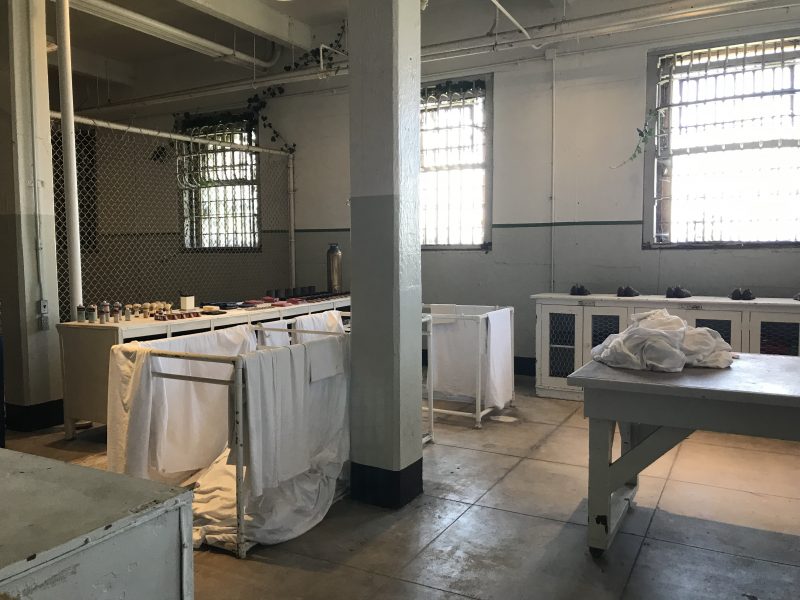 the communal showers were right there too. 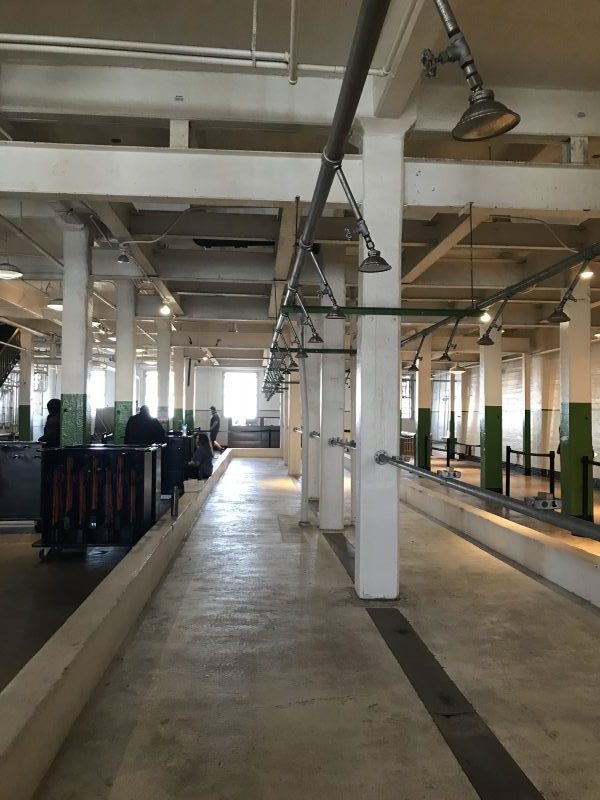 There were fourteen escape attempts. After stealing kitchen utensils they made a whole under the sink that led to a narrow corridor where they were escaping from, leaving a handmade head to pretend they were sleeping. 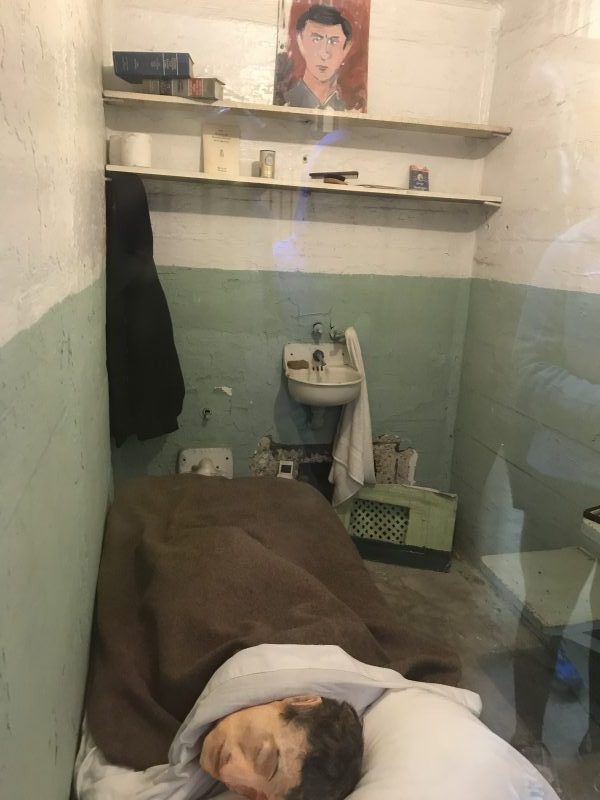 Prisoners were allowed visits behind a small window with very thick bulletproof glass. 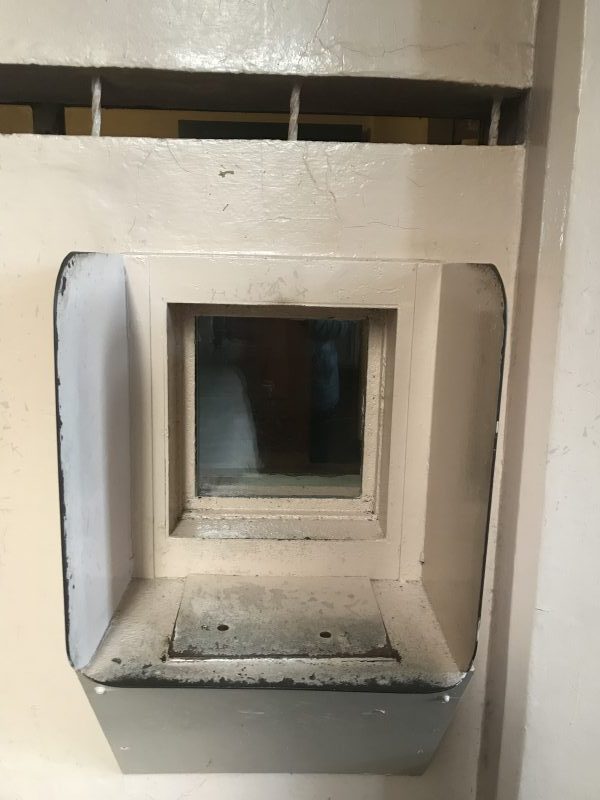 They called the punishment cell “the hole” where they’d be locked for days with no light. 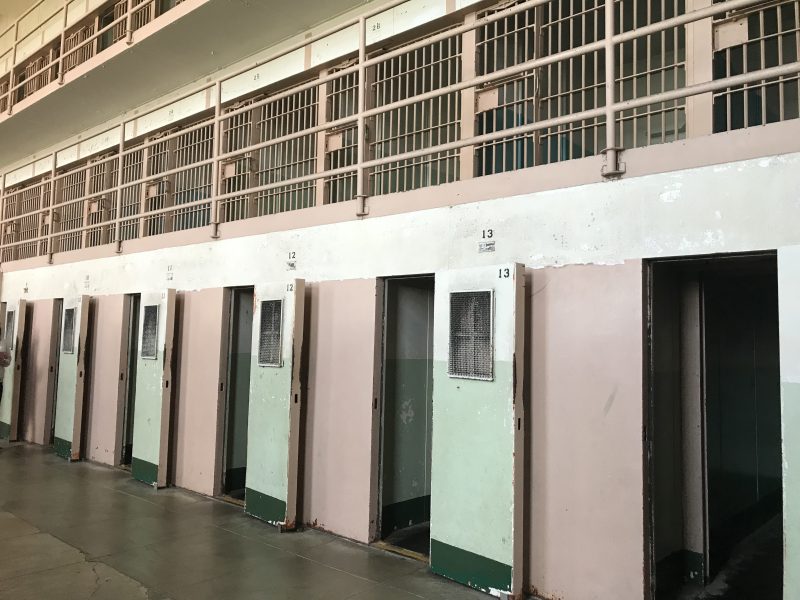 During the weekends convicts were allowed outside in the patio where they could see the Golden Gate Bridge from. 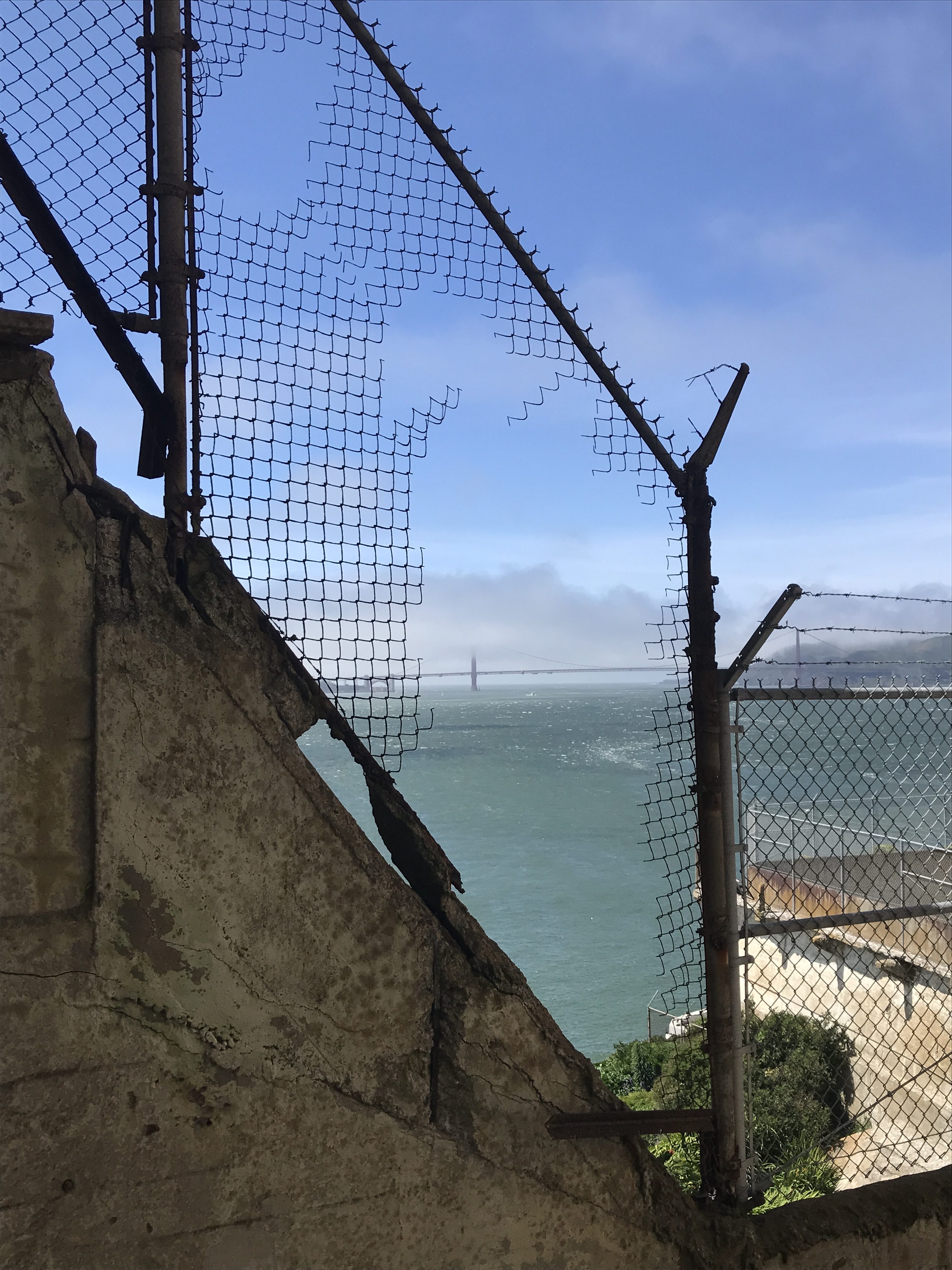 The truth is that the island has the best views of the city, they say they could hear the sounds of the parties & the life from San Francisco in their confinement. 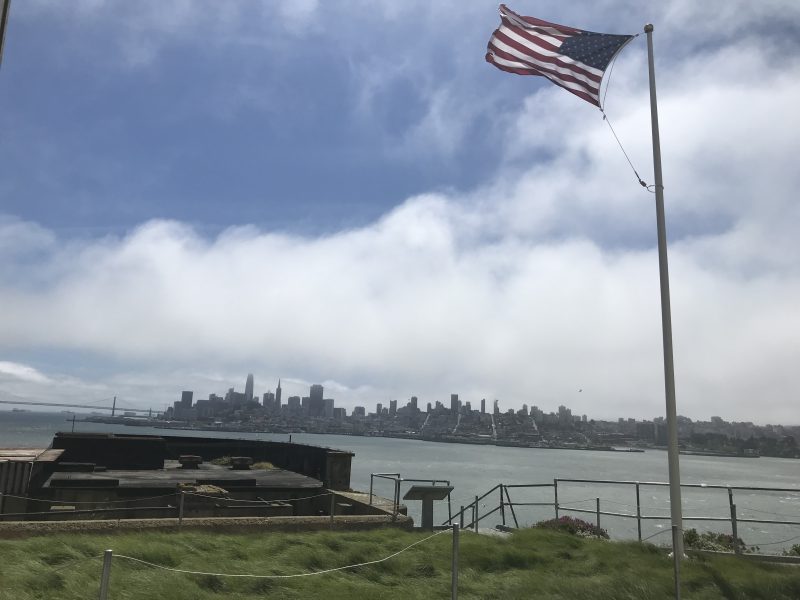 The families of the guards also lived there, they never closed the doors & the kids played freely in the gardens. Before you start the tour you’ll be able to watch a very interesting video with a few testimonies of those children which seemed to have been very happy living there & going off to school by ferry to the city. 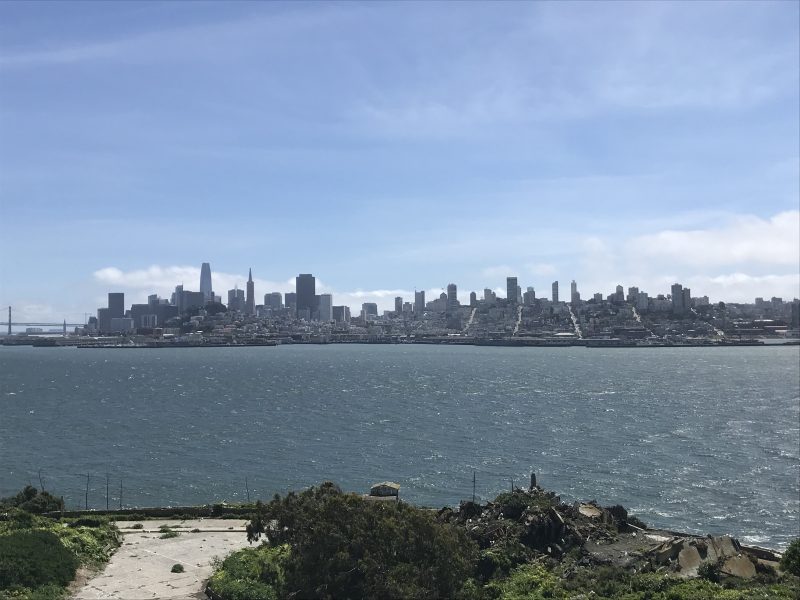 Talking about gardens, I found them to be wonderful, it’s amazing how such a variety of plants blending in together have survived on an island in the middle of nowhere surrounding a decrepit prison. 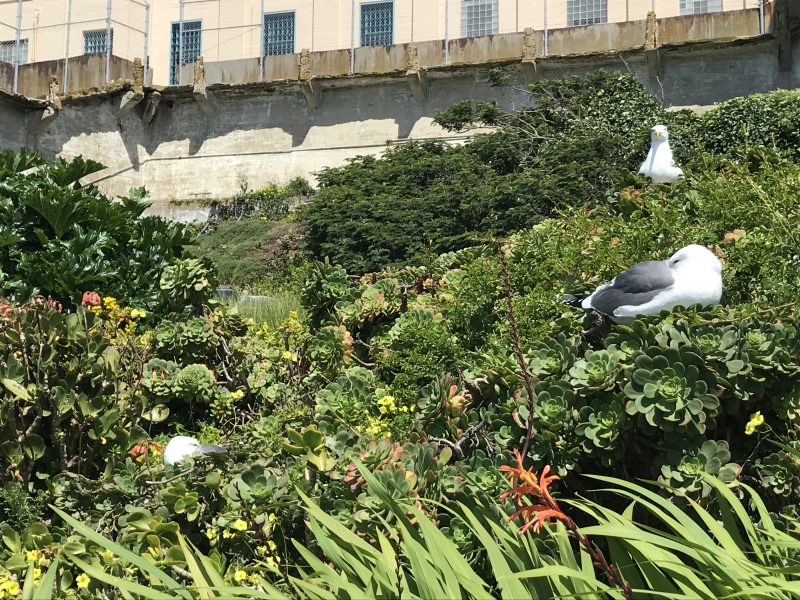 The soldiers brought soil from Angel’s island & piled it around the gun emplacements to protect them from any bombing, they also planted plants to stop the soil from sliding or blowing away. 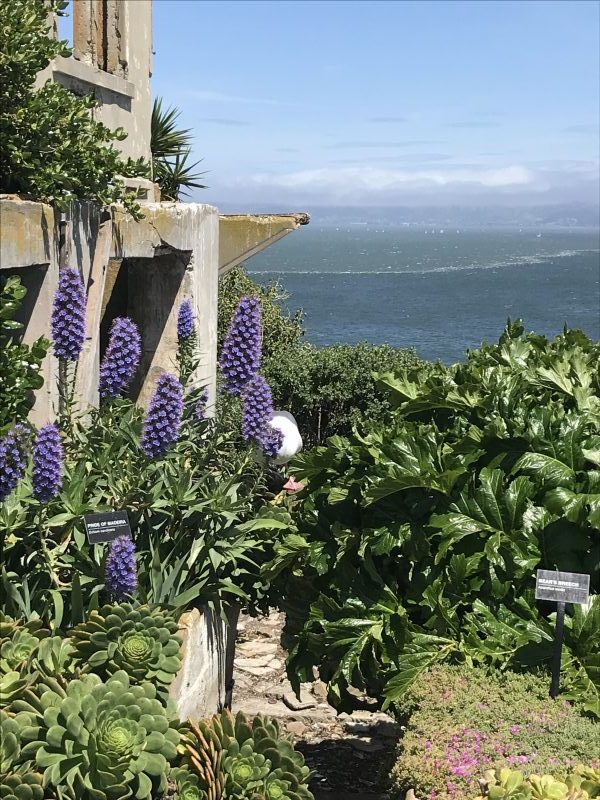 The seeds that came within blossomed, the families & convicts who later on lived on the island grew flowers & vegetables. 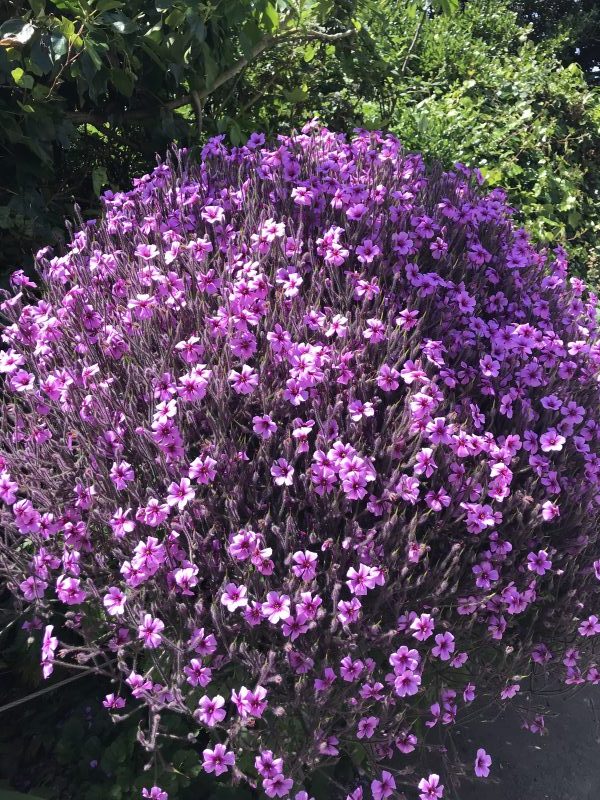 When Robert Kennedy was U.S. Attorney General closed down the penitentiary in 1963, it needed many repairs & was expensive to run. A year later an activist group occupied it for a few hours & in 1969 the group “Indians of all tribes” arrived to raise their voice, they claimed it as “land of all the tribes” & lived there for nineteen months. 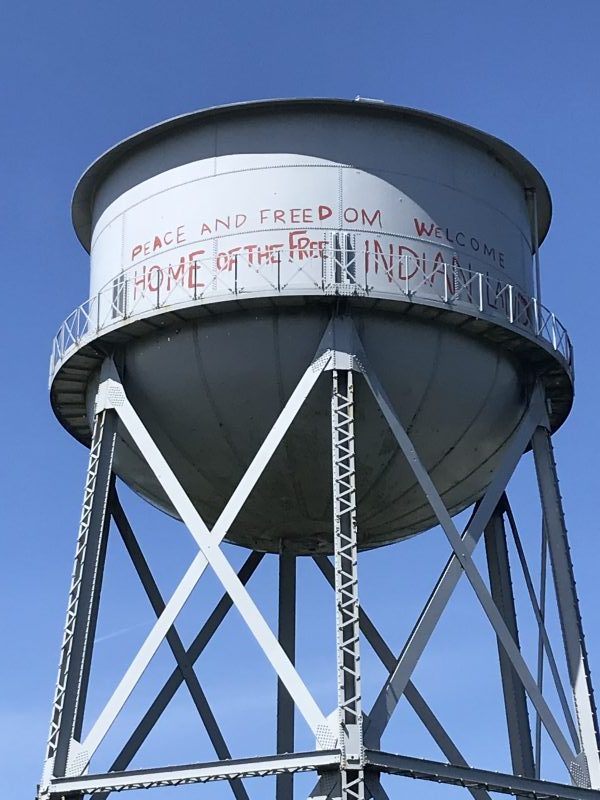 When you arrive you’ll be able to see on a wall & on the water tower a sign that reads “Indians welcome”. Thanks to that event some of the lands were given back to the tribes. On the welcome video you’ll be able to listen to their experience. 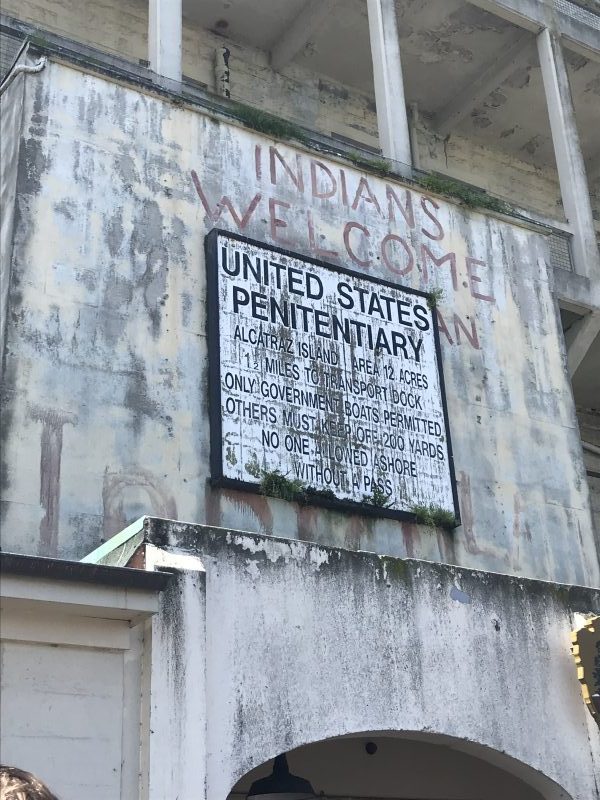 After my visit I finished reading “Firmamento” by the Spanish author Maxim Huerta. A short & very intense story. It starts with Mario & Ana escaping from their day to day lives, closing themselves in; one trying to write & sleeping in the mark another body left in that bed; the other locked up in her place with dating apps as the only window to the world. Going back in time the story continues in Formentor Hotel, in the beautiful island of Mallorca; there they observe each other, till they get to know one another & spend a night together. The story continues with reproach letters from Ana who is also his editor, who doesn’t want Mario to write their story, their passion & their time together. He uses her phrases, her words, now he doesn’t only correct other people’s books till leaving them ready to be liked, but writes their own story, Mario & Ana’s love story. 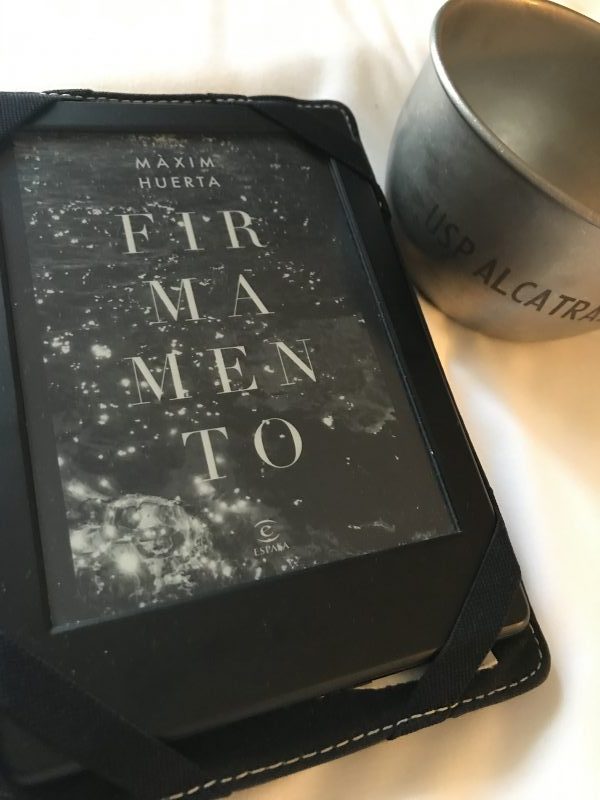